Quiz: What Type of Bachelorette Party Should You Plan for Your BFF?

To determine the level of bacheloretting to pitch your bridey at her last hurrah in the City of the Single, obtain scores from Parts I and II below and then refer to our handy chart, borrowed from a pantyhose packet, to determine the bachelorette party you should throw.

Part I. Estimate the number of sappy songs the bride-to-be has in her iTunes library to generate her softy rating:

Part II. Estimate, to the best of your ability, the number of guys she has kissed through her life. 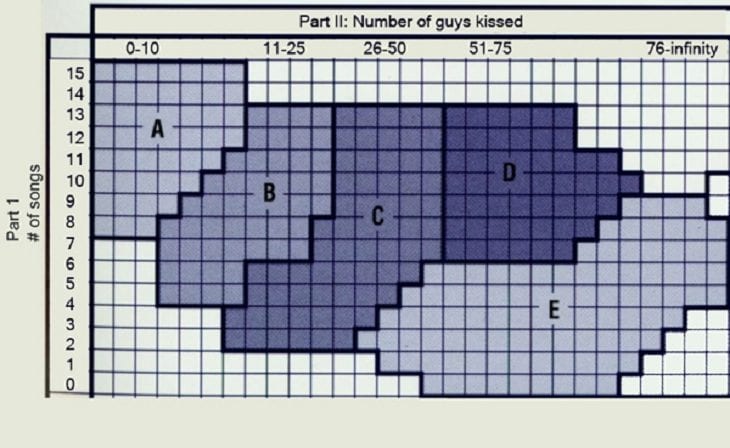 If she falls into category A, you should…

Throw her a JTT-themed tea party

We’re not saying your bridey hasn’t given a few random BJs in her time, but we are saying they more likely took place in a romantically-lit gazebo than a Steak ‘n Shake bathroom off the highway. Your bridey is classy, maybe a bit conservative, and probably memorialized each of her BJs in silver gilt cursive in her special Kate Spade BJ diary. (Also, “BJ”s may stand for “blueberry jam”s in her case.)

She is going to want something a bit fancier for her bachelorette party than you puking into the floating bar at Seacrets: We suggest a la di da high tea at the Pierre, the Pembroke, or of course the Plaza Hotel. (If you’re broke and have a friend with a big apartment, just get some legit champagne and actually good pastries from somewhere non-American and DIY.)

Because no about-to-be-married lady gets off without properly saluting the penises she will never touch, you will prepare a polished scrapbook (heavy paper stock, please) of her old celebrity crushes, starting from as early as it is possible to research. We want them all: JTT, JGL, Devon Sawa, Luke Perry, Zack and Cody, the ugly Savage brother, the P.E. teacher, and Bing Crosby, before her parents told her five-year-old self that he is, in fact, dead. (Just us?)

If she falls into category B, you should… 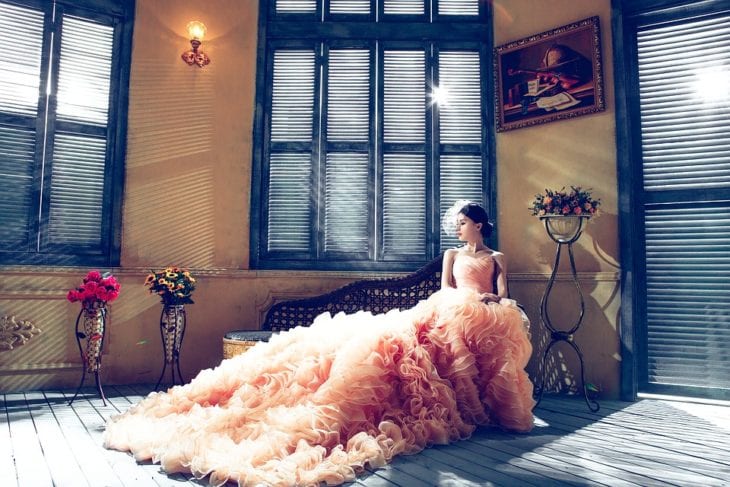 Your chill, serene bride could wear a dryer sheet to her wedding and still make MarthaStewartWeddings.com. Finding something active yet wholesome is a bit tricky. You thought about taking her pole dancing for the wild bachelorette rumpus, but know she’d end up in a long conversation with the instructors about how they strengthened their pelvic floors after giving birth while the rest of you wait around mouthing “SHE’S CUTTING INTO OUR RIESLING TIME.”

Give her the best of both worlds by planning a chill-out session at a spa or yoga studio, and then socking her with margaritas and tamales on an outdoor patio afterward, right when she least suspects it. Once her chakras are loose, she’ll be able to relax, seamlessly let the tequila assimilate into her bloodstream, and share her true feelings on the poetry her officiant wants to read at the ceremony. Rumi? Barf a million. Pablo Neruda? “DOES IT LOOK LIKE I’M WALKING DOWN THE AISLE TO ENYA, BITCH??” Bring on the mesa grande nacho platter. Look into getting a quick yoga class on the morning of the wedding at the hotel for bonus bridey points!

If she falls into category C, you should…

Here is a bachelorette secret: Brides want to feel like someone is sorry to see a big “SOLD” sticker pasted over their asses, even if the whole dating market is a bullshit speculative bubble. Brides-to-be want to feel like *somewhere* Colin Firth is clenching his jaw stoically so as not to let out a whimper of disappointment. They want to imagine his sideburns quivering sadly. They want to see him high-tailing it away on a horse through the rain, his pantaloons whipping against the saddle in self-loathing and regret, no longer able to bear being apart from her.

There is no better way to inhale/get high on lust for life, as well as just plain lust, than flying through the air into the arms of a dangling man with gigantic forearms at a trapeze lesson. That’s right, the idea is to literally pay a man to catch your bride as though she is the only prize to be had, and also for her to enjoy a little gymnastics, because that has been her passion ever since she first dangled upside-down on the monkey bars in second grade, fully aware the boys could see her undies.

You’ll need to go easy on the tequila at dinner after so much swinging, but buckets and buckets of sulfite-free wine are a safe bet.

If she falls into category D, you should… 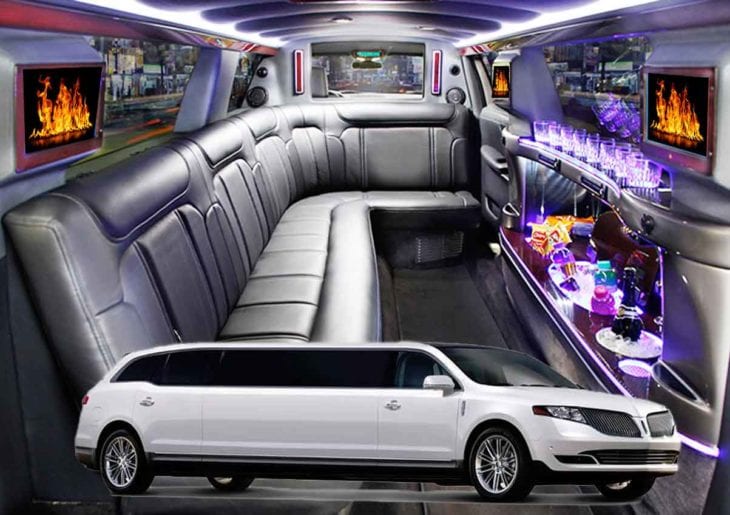 Lead her on a typical British hens’ night bar crawl

Look, your girl might not be 21 anymore, but that doesn’t mean she doesn’t want to ride screaming through the city in a limo while drinking Trader Joe’s brand “champagne” from the bottle on her hens’ night. Let us reiterate: That she is due to say her sacred and eternal vows to one man in two week’s time means she is DOUBLY excited to work her way through dozens of men and an old timey scavenger hunt, in the grand tradition of the British Empire, the Spanish Inquisition, and Dan Brown’s The Da Vinci Code. First stop: kissing a cop and/or getting him to spank her with his billy club.

You are going to make this a night to remember, and you’re going to do it Brit-style: in too-small dresses, through crowded nightclubs, and finishing off with curry pies (okay, pizza) at three in the morning when your shoes have all come apart and you have run out of room on your arm to take down numbers from rando drunk bucks (bachelors). One more thing: You, as maid of honor, are required to perform any and all of the following tasks, as needed: a) be the drunkest, wildest person of the party, b) hold back your bride’s hair and foot-long feather earrings when she needs to yak, and c) encourage everyone to pee on the far end of the subway platform if it comes to that.

The groom is a lucky, lucky man to have this one.

If she falls into category E, you should…

Your friend’s marriage to the nice, stable, independently wealthy guy that nabbed her isn’t just the end of the wild, single days, it’s the shuttering of a business that has been in operation since high school: a business of fucking whatever seemed interesting or attractive, to the higher purpose of exploring and experiencing everything in life.

As the maid of honor, planning is imperative: You must pool as much money as it takes to get your bridey the *works* at the strip club, or you’ll find her backstage later, teaching the “firemen” how to really use a hose.

Is there an after party? There should be. For a party animal, nothing’s worse than the night petering out at a mere 4 a.m., “Just after my drug dealer got here? Ugh, you guys are laaaaame.” Our suggestion: Have extra party materials —champagne, whiskey, candy, real food, Gatorade for the next morning — at your place. After the night she’s had, your bestie should crash at yours anyway, and it’s a lot easier to watch the sunrise from your own rooftop than a creepy bouncer’s basement apartment. You may end up accommodating a few unexpected guests — like the “spiritual advisor” and the invisible cat she was talking to when your bridey found her wandering around downtown — but at least you can babysit this bananas bride-to-be properly in your own home.

7 People Killed Near UC Santa Barbara, Including Gunman, Who Acted In “Retribution” For Women Rejecting His Advances