7 People Killed Near UC Santa Barbara, Including Gunman, Who Acted In “Retribution” For Women Rejecting His Advances

Last night, six people were killed by a lone gunman, believed to be Elliot Rodger, 22, in the town of Isla Vista, California, near UC Santa Barbara. Seven more were injured and the shooter was shot and killed by police. While investigators have not officially confirmed that Rodger was the shooter, or released the names of the victims, there is ample video and written evidence to suggest that Rodger carried out a pre-meditated mass murder, as detailed in a YouTube video titled “Elliot Rodger’s Retribution.” The video features Rodger sitting in his car, detailing his life of “loneliness, rejection, and unfulfilled desires,” specifically blaming women for not welcoming his advances, angry that he was still a virgin. The reasoning behind his intended mass murder is textbook sexist MRA (men’s rights activists) bullshit at its most entitled and violent. 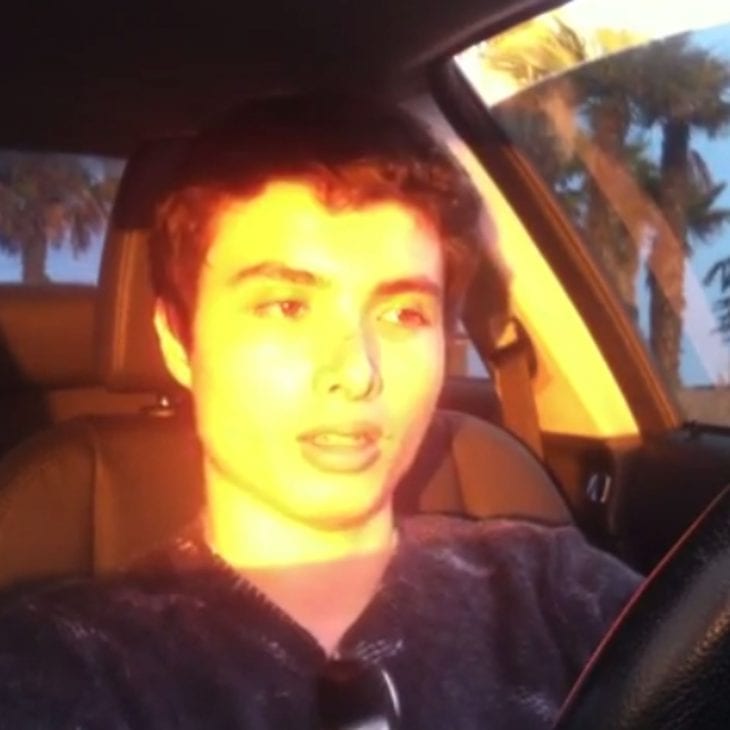 “College is the time when everyone experiences those things such as sex and fun and pleasure. But in those years I’ve had to rot in loneliness. It’s not fair. You girls have never been attracted to me. I don’t know why you girls aren’t attracted to me. But I will punish you all for it.”

“I’m going to enter the hottest sorority house of UCSB and I will slaughter every single spoilt, stuck-up, blonde slut that I see inside there. All those girls that I’ve desired so much, they would’ve all rejected me and looked down on me as an inferior man if I ever made a sexual advance towards them.”

“I’ll take great pleasure in slaughtering all of you. You will finally see that I am, in truth, the superior one. The true alpha male. Yes… After I have annihilated every single girl in the sorority house I will take to the streets of Isla Vista and slay every single person I see there. All those popular kids who live such lives of hedonistic pleasure…”

According to his Facebook page, Rodger is the son of “Hunger Games” assistant director Peter Rodger, grew up in wealthy Calabasas, California, and lived a more privileged life than many college students, driving luxury cars and flying first class. He was a member of an anti-pick up artist forum called PUA Hate, a breeding ground for angry dudes who have tried and failed to use pickup artist techniques to get women and have felt ripped off as a result. This disturbing thread shows other commenters discussing Rodger’s shooting spree.

Other videos on Rodger’s YouTube page show him ranting about women, decrying the “brutes” they’re interested in instead of him, “the perfect gentleman.” You can watch Rodger’s final video below. Fair warning — it is disturbing as fuck. I, however, do think it is important to post, as I think it shows a not all-together uncommon point of view held by some men who think women owe them sex, love, their bodies and their lives.

UPDATE: According to KCOY in Santa Barbara, three bodies were allegedly removed from Rodger’s apartment in Isla Vista this afternoon. No word on whether the official body count has been increased. Additionally, Santa Barbara’s KEYT received a 140-page manifesto from the alleged shooter, who was killed last night as well.

UPDATE 2: Here is Rodger’s manifesto, which was sent to KEYT. [via Gawker]

Quiz: What Type of Bachelorette Party Should You Plan for Your BFF?

The Beautiful Story Of Ryland Whittington: A 7-Minute Guidebook For Parenting A Transgender Child

Female Genital Mutilation Should Be Treated As Child...

The advantages of having a reloading press

What You Need To Know Before Buying An...