Rafting On The River Tara

The river Tara is located in Europe and is often referred to as one of the most beautiful and most exciting rivers in the world. The Tara river canyon is approximately 150 kilometers long and in some places, 1300 meters deep which makes it the second largest canyon after the Grand Canyon of Colorado. The Tara canyon is the deepest canyon in Europe. After 146 kilometers from its source in Komovo, the river meets the river Piva which is located at the border of Bosnia and Herzegovina with Montenegro between the village Šćepan polje and Hum. These rivers form another one, known as the Drina.

Because of its crystal clear waters, it is rich in endemic plants and animals. The river Tara is under the protection of UNESCO as a World Heritage site. According to international scales, Tara is rated a class 3-4, which puts it right on top of the list of the most exciting rivers along with Colorado and the Zambezi rivers.

Rafting on Tara is a real adventure and will be an unforgettable experience for anyone who chooses to raft on Tara. 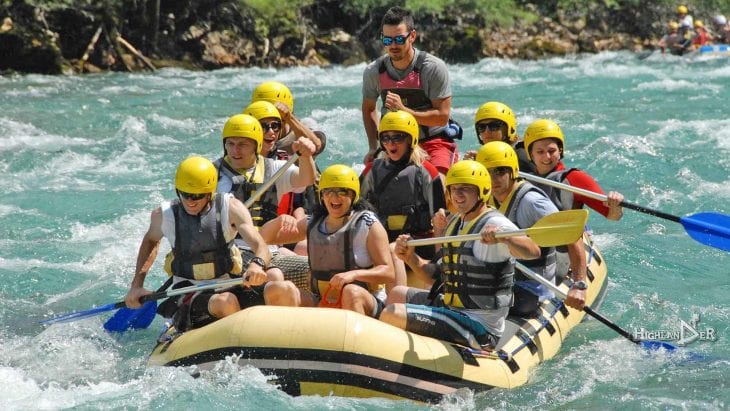 Rafting Tara is a combination of sports and adventure, and rafting trips through Tara’s canyon and its foamy and boiling rapids will make your adrenaline level jump fast. Rafting is not an adventure that is taken for granted, especially on the Tara river, which is recognized as one of the best in the world. In May 2009, Tara River hosted the World Rafting Championship which only proves further the capacity of this beauty.

The level of difficulty on the Tara river is from 3-5 and may depend on the time of the year you choose for rafting. During March, April, and May, the snow will start to melt down from the mountains Durmitor and Komovo, making this period the most difficult and extreme one for rafting.

For those who want to experience all, there are plenty of packages you can choose from and every trip will always be safe and accommodating to your personal needs, especially for those who are looking for a great first time rafting experience.

Rubber rafting boats made for white water are usually used. These are high-quality boats with an 8 to 10 person capacity and they are operated by experienced and licensed skippers. All the skippers have passed training and are IRF (International Rafting Federation) certified. Every tour is started by a half an hour briefing to introduce people to the rafting program, what to expect, and how to react to certain boat movements. 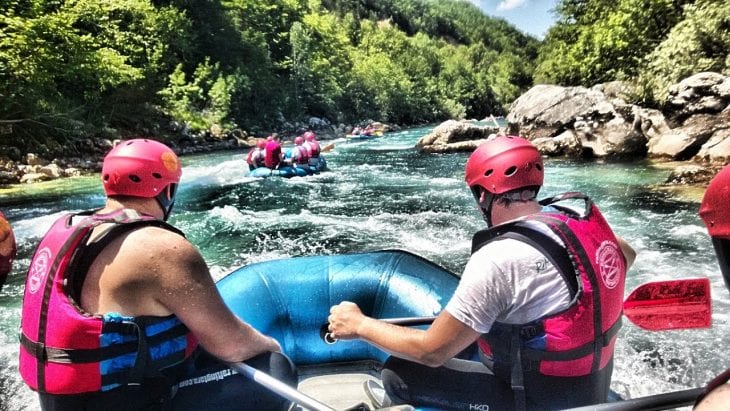 During the summer season, the water temperature is about 11-12 °C, hence suits and boots are needed for you to be safe and warm. Helmets and life jackets will also be a necessity to fully be prepared to stream down the river and her rapids. Keep in mind that every rafting tour on the Tara river is not the same. The most attractive part is close to 20 kilometers long, stretching from Camp Encijan to Šćepan polje, in April and May the tour lasts about 30-45 minutes and in July and August, it could last 3-4 hours.

If you decide to raft on Tara, it is best if you do so during the summertime, between June and August. The water level will be optimal and safe for rafting.

Experience San Francisco To Its Fullest

The Best Photos Of Royals Giggling

Hidden Gems of Zurich That Most Tourists Never...

How Casinos Contribute To The Economy Of A...