Red Dead Redemption 2 is an open world Western set in 1899. You play as Arthur Morgan, a member of Dutch van der Linde’s outlaw gang. The game starts with a robbery gone wrong, and from there you spend the next 60+ hours completing missions, helping out residents of the various towns you visit, robbing stagecoaches, and just generally living the outlaw life.

The thing that sets Red Dead Redemption 2 apart from other open-world games is the amount of detail Rockstar has put into everything. Every character you meet feels fully fleshed out, and they all have their own unique story arc that intertwines with Arthur’s journey. The world itself is beautifully realized, and every area feels distinct. Even after spending dozens of hours with the game, I still feel like I’ve only scratched the surface of what Red Dead Redemption 2 has to offer. 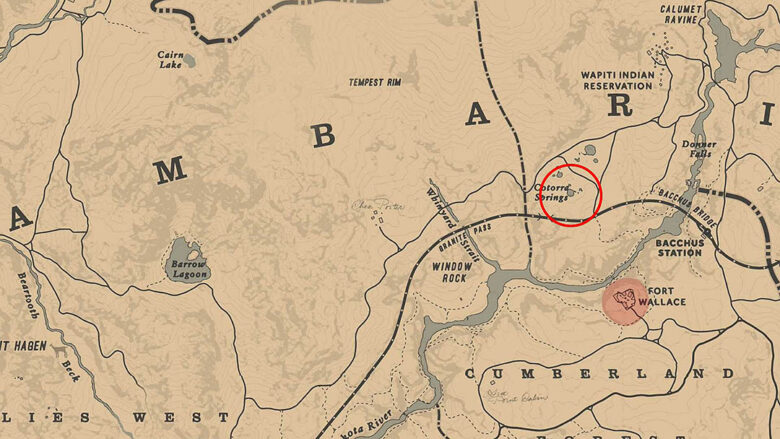 The Legendary Wolf moves near the Grizzlies East Kotora Springs north of the Cumberland Forest area of New Hanover. Players can find the trail of the Legendary Wolf in this area. After finding its location through 3 Legendary Wolf trail clues, You can then shoot it with a weapon.

Every weapon can be used against the legendary wolf, but the legendary wolf is a very cunning opponent, it will not fight you, but will just run away, so you have to kill it before it runs away, below is the hunting legend The best weapon for wolves.

Bow: Shoots an arrow into the head of a Legendary Wolf to instantly kill it, and is a good weapon if you find that the Legendary Wolf is concentrating on other things, such as eating.

Pistol: is a fast and effective weapon, as long as you hit the legendary wolf with 3 shots, you can kill it.

Sniper Rifle: This weapon, like the bow and arrow, kills it instantly as long as you take a precise shot at the head of the legendary wolf.

Also be careful not to use a shotgun, as a shotgun won’t necessarily kill the Legendary Wolf instantly, but will easily scare it away. 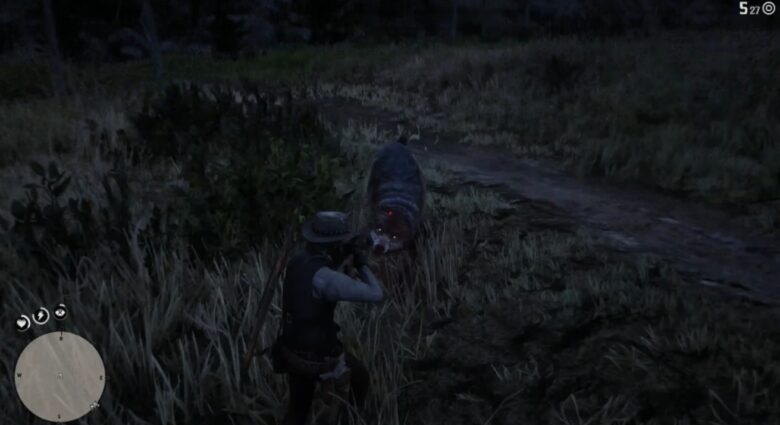 Hunting legendary wolf will be an uphill battle as it is located in a mostly flat area and there isn’t much where you can take cover .

Legendary wolf is very tough and can kill you even if it takes damage and limps, if it tracks you and gets very close you can shoot it at close range with a shotgun, you can use the dead eye for more accurate shooting.

4. The use of the legendary wolf

With the legendary wolf pelt, you can craft an Animal Garnet called The Beast of Prey, items you would need for it are the Legendary Cougar Pelt, two Turkey Feathers, the Legendary Wolf Pelt, one Perfect Goat Hide, two Perfect Boar Pelts, and one Perfect Bull Hide to complete this set.

The above is the whole content of the RDR2 legendary wolf hunting drill. I hope it will be helpful to all players. Friends who want to know more about the legendary bison rdr2 guide can continue to pay attention to the game.  There are also more guides for RDR2 here, come check it out! Red Dead Redemption 2’s world is teeming with life, and that includes a variety of unique and fascinating animals. While some of these creatures can be found just about anywhere, others are far more elusive and require a bit of extra effort to track down. But the rewards are well worth it, as each Legendary Animal you acquire will not only provide you with valuable resources but also add to your collection in the Hunter’s Lodge. So get out there and start exploring – who knows what amazing discoveries await you in Red Dead Redemption 2’s vast and wild world?

10 Most Influential Musicians Of The Year Based On Social Media

Casual Hookups: What It Means, Benefits & Rules To Follow

Top 5 Targets You Can Buy