I’m not even going to attempt to sugarcoat this, so fuck it. A bunch of researchers in Britain found out there’s a “correct” number of sex partners  you can have before everyone judges you like a dick and decides you’re unlovable forever. Oh, and just so you know, it’s not just a maximum number of sexual partners either, no no. There’s also a minimum number, like the Goldilocks of sexual inventory. Sigh.

The new research comes to us from people at Nottingham, Bristol, and Swansea universities who quizzed an admittedly small pool of 188 people, 104 of which were women. They discovered that people (note: primarily women) want someone who has slept with at least two people before them, but also finds people less attractive if they have more previous sexual partners than that randomly set amount. The research also found that people who have a longer list of exes were more likely to have an STI or to cheat, which may account for why that number is seemingly so small. Also of note, they found that men didn’t really care how many men a woman had slept with if they were just hooking up with her. Go figure. 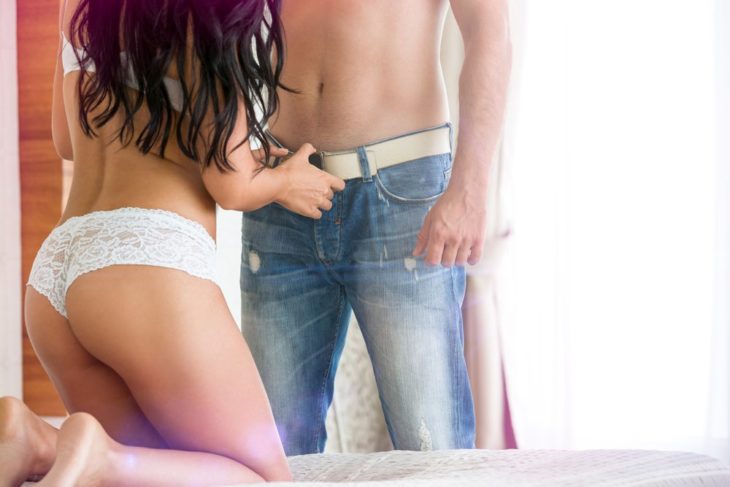 In terms of hard numbers, women said they found men who’d slept with more than six people to be totally gross and undateable, and men thought the same of women who had slept with more than 11 people, which is interesting, because the cliches would have us believe men would want women who have far fewer sexual partners, and women would expect a higher number of previous partners to be the norm.

Interestingly though, the study found that both genders wanted their serious (see: not just casual sex) partners to have had at least two past partners, and ideally, no more than three, which is even more specific than the previous “minimum 2, but more than that is ew” data.

One of the researchers, Dr. Steve Stewart-Williams, explained in the study:

Of those surveyed, the average number of previous partners (you know, if they were being honest) was 5.81 for women and 8.4 for men, meaning that only women passed the “test” each respondent collectively set up in the first place.

So what have we learned here? That your number doesn’t matter because everyone’s life is different, and even when you set limits on sexual partners, people who could be great for you are bound to not measure up on that standard alone? Yes, I think that sounds fine.

Listerine might be able to treat gonorrhea when antibiotics can’t

The most creative ways to decorate bare walls