Scientists figured out why Pluto has an icy heart, but still have no idea about your ex’s

Recent scientific discoveries have successfully uncovered why Pluto’s heart is so icy, and while the scientific capability to input Pluto’s atmosphere and topographic features into a system that simulates 50,000 years of the dwarf planet’s evolution is impressive, the question still stands: will scientists ever be able to explain the evolution of your ex’s icy heart? A recent paper published in the scientific journal Nature detailed how researchers fascinated with Pluto’s icy heart-shaped mark, also known as the Tombaugh Regio, built atmospheric models of the planet in order to simulate Pluto’s last 200 sun cycles, which is approximately 50,000 years.

Their initial hypothesis theorized that the icy heart was caused by a mysterious underground ocean source (OCEAN OF LOVE? OCEAN OF HATE?) that dispensed nitrogen and small bits of methane, which over the course of years formed the ice-shaped build-up. Surprisingly, their results suggested that indeed there was no secret ocean of nitrogen forming iciness (or in the case of your ex — a thinly concealed ocean of bitterness), but rather the Tombaugh Regio of Pluto, which resides within the space villainous hemisphere called the Sputnik Platinum, has maintained it’s icy atmosphere because The Heart has indentations over 2 miles deep, which in turn traps the nitrogen ice while methane ice covers and melts off Pluto with the seasons.

Pluto’s heart is essentially a deep-well of perpetual coldness, regardless of the seasons or the passage of time, which means the dwarf planet (which is likely bitter about it’s tenuous planet status) has entirely too much in common with your ex. 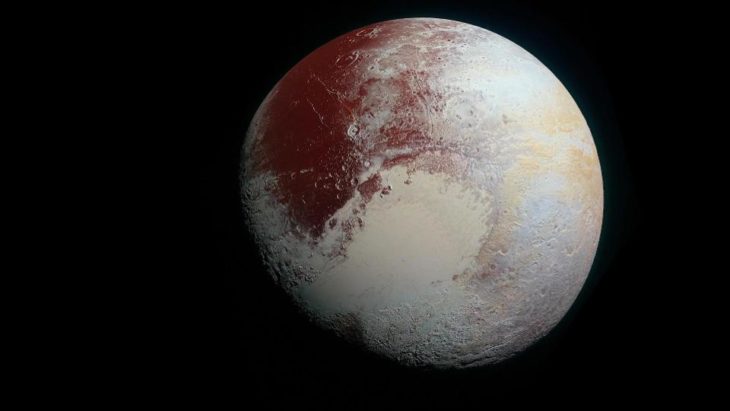 While it’s always fascinating to read the hard-earned knowledge of tireless scientists who work long hours thanklessly uncovering facts about the universe, it’s difficult to not wonder if these same scientists couldn’t also uncover the atmospheric conditions that caused your ex to ice out your texts for days on end only to respond “K.” Can we get some atmospheric models going on the small-bodied exes who also carry deep troughs of emotional coldness within them for thousands of days on end?? 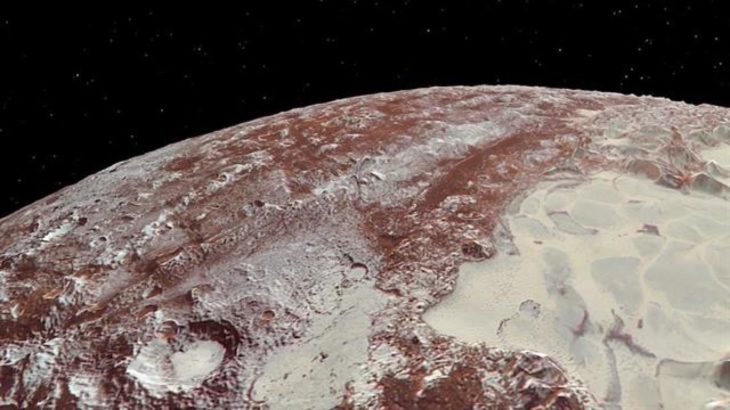 Yes, NASA’s New Horizons program is doing important exploratory work, as they uncover the hearts of our adorably vindictive planet neighbors. Since launching in 2006 the New Horizons mission has successfully discovered Pluto’s downtrodden heart and now has plans to explore the deep Milky Way neighborhood of Kuiper Belt (beyond Neptune’s orbit), which is commendable. But couldn’t they first make a stop back at Earth to observe the emotional evolution of your ex in order to effectively theorize what combination of teen rejection, angry mixtapes, and deeply entrenched emotional entitlement caused them to be so emotionally inept and devastating?! Surely this can’t be more difficult than measuring the ecology of an eternally tragic planet.

Life After Dating: The Inescapable Logistics Of Love