10 Things That Everyone Should Know Before Traveling to Japan

Japan is a fascinating country on so many levels. The culture is unique comparing to the rest of the world, especially western countries. Whether you’re going on a business trip or roaming the world with your backpack, there are specific rules that should be followed. If you’re lucky to land in Japan brace for the special experience that you will remember for a long time. Here’s what to expect.

However, before we get to the point, there is one thing that we have to say. Japan is a huge country, and all of their cities have millions of citizens. Because of that, it much better to use some useful tools that will make traveling easier. That is the reason why people should hear the piece of advice Chad Kimball has. There is a software that can help tourists reach different locations quickly. 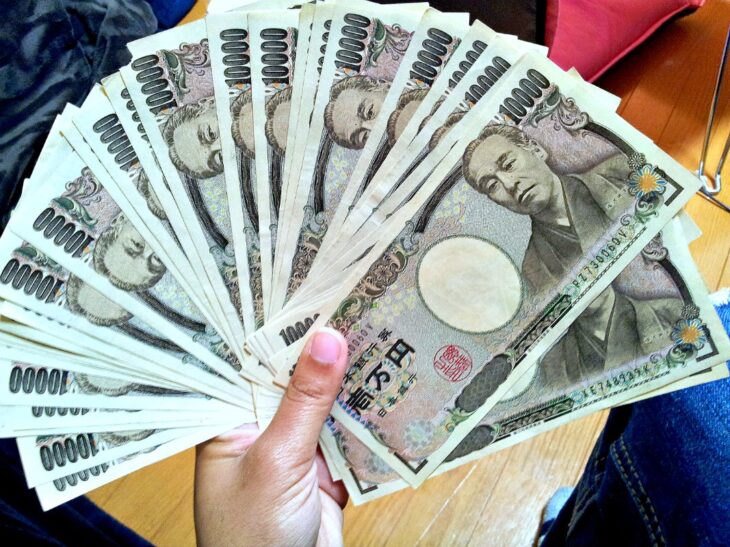 Contrary to the western world, in Japan, most establishments accept only cash. This is usually the first hurdle travelers come across since there aren’t many international ATMs available, so when you find one make sure to pull out a lot of money. Tourists get nervous carrying around loaded wallets, but there is no need – many Japanese do the same and it’s quite normal. Some big companies and hotels accept credit cards, but many small stores, food markets, and transportation services, including taxis, take cash only. Large bills are not a problem, everyone always has enough to give you change. Further, always have a pouch in your wallet, a big one, since you’re going to get a lot of coins.

Waiters and other restaurant staff actually earn a living wage in Japan. Tipping is not customary, and if you do leave any money on the table, chances are that someone from the restaurant is going to chase you down the street to give you your money back. You can leave a couple of dollars, but emphasize that that is your wish. Otherwise, tipping is not expected, and Japanese people don’t practice it.

3. Learn a bit of Japanese

Wherever you’re coming from get ready for a long flight to Japan. Use this time to learn a few basic phrases in Japanese since not everything is marked in English. If you stick to big cities like Tokyo or Kyoto, there is no need to worry. However, if you plan to take the trip around Japan, you’ll find out that people don’t speak English. Restaurant menus and street signs are written in Japanese only. At least learn how to say “I don’t speak Japanese” so that people are aware and can find other ways to communicate like showing pictures.

4. Be quiet in public

Laughing your heart out with your mouth wide open rocking back and forth in the chair while holding to your stomach is shockingly embarrassing in Japan. People talk softly and quietly making sure not to disturb anyone. Even large parties in cafes and restaurants will talk and laugh calmly. So, if you speak loudly – turn the volume down once you go into public. Letting yourself go will draw uncomfortable attention to your table, and chances are that someone from the establishment will approach you to warn you to be quiet. Don’t take this as an insult, it’s actually the other way around – other people around you are probably offended by your behavior.

5. Where the streets have no name 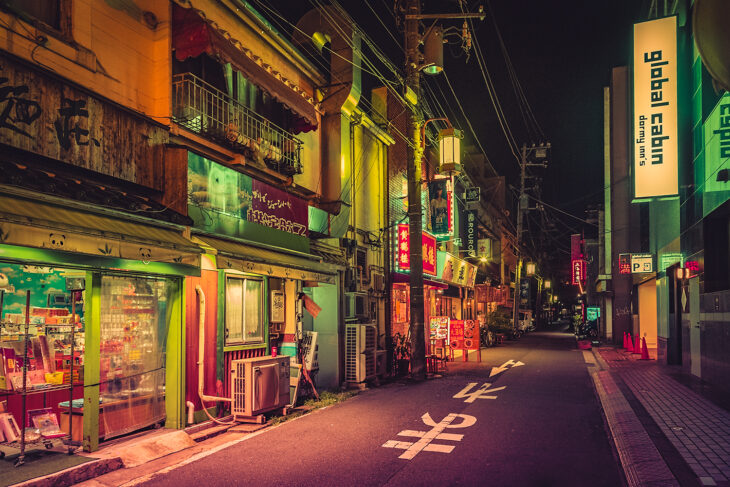 Yes, that is Japan. Only a couple of main streets have names. Addresses are not common; not even in big cities, so finding your way around might be confusing until you get used to it. Here’s how it works. The location of a certain hotel is marked as the part of the city, then ward, and subdivision. Once you land in the right subdivision, you’ll find buildings marked with letters and numbers – not in order. If you rely on Google maps – don’t. They will get you to the approximate destination leaving you stranded to find your way. The best bet would be to ask for the help of passers-by or ask in a local store for the direction. Taking a cab will not save you either. The taxi driver will drop you off near the desired location and stick around until you get to your destination safely. It’s not much, but it’s the best you’ll get in Japan.

Some restaurants will not allow foreigners to enter. This is not so uncommon, and you shouldn’t take it personally. Japanese culture has its own set of very strict and specific rules, especially in public. Tourists are usually too relaxed for their sense of polite behavior and they would rather that you go to some other place. Reputation is everything in Japan, so restaurant patrons are very focused on the experience of their local guests who wish not to be disturbed by the odd demeanors of visitors. Further, tourists rarely speak any Japanese, and sometimes that is the only way to communicate. So, after leaving the place, if unable to make an order, tourists will leave bad reviews which are taken very personally by the owners. To avoid uncomfortable situations, they would rather leave you from the other side of the door. 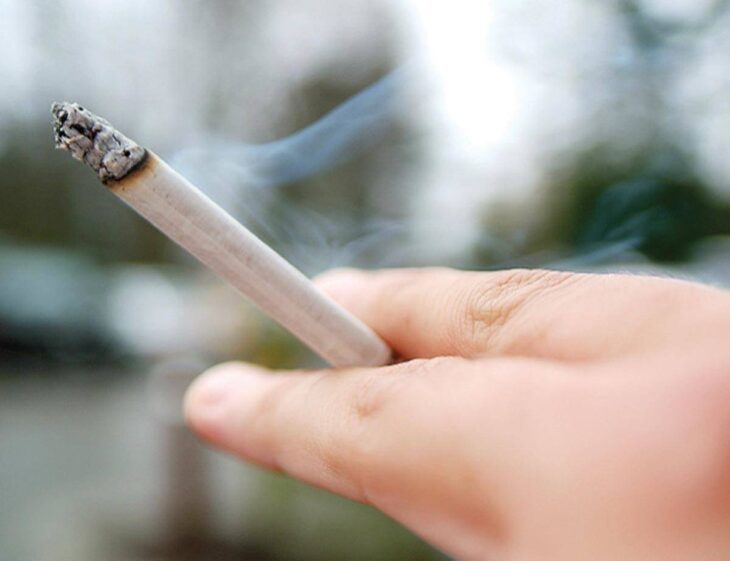 Unlike westerners, Japanese are smokers. Many restaurants and cafes have smoking sections. If you’re allergic or just can’t stand cigarettes, go for the room service since chances are that you won’t be able to find one establishment that’s smoke-free. In some, more high-end places, there are designated areas outside for smoking, but don’t assume upfront that you’ll be able to get in, or that Japanese will actually go outside for a smoke regardless of the no-smoking signs. Often, people smoke everywhere they feel like.

It’s very common to wear a surgical mask if someone has allergies or a cold. It’s considered to be a nice manner if you protect others from getting sick, and let them know to take two steps back. Many people will wear a mask, especially in spring and wintertime. No need to worry, or to avoid those who wear surgical masks, it’s just their way to shield you from themselves. 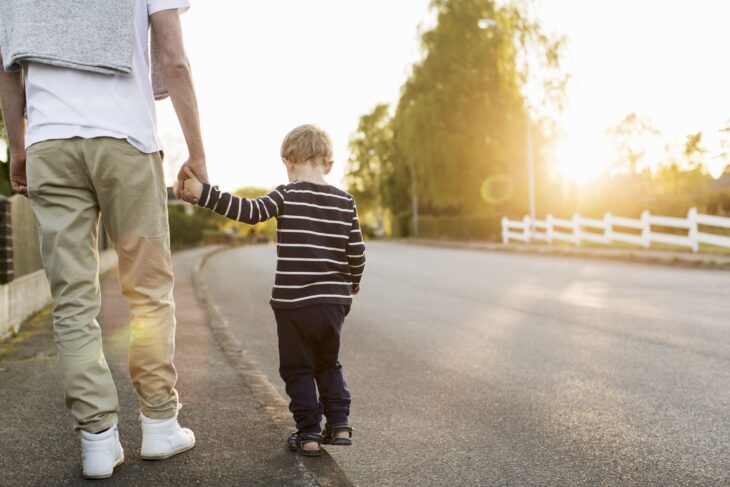 This might be a hard thing to get used to, but Japanese people walk on the left side, rarely on the right. Walking down the street or at the mall can be tricky until you get used to it. Bumping to other people will be your everyday struggle if you’re coming from the West. Focus, and follow the crowds, if you’re not sure which side to take.

Japan is not the place where you should express your personality by showing off tattoos. In their culture, tattoos are connected to gang members and are not considered desirable, or artsy and interesting. When in public, make sure that your body art is covered with clothes since many business owners will deny you entrance. Again, don’t take it personally, it’s their country – their rules.

Japanese treat foreigners quite differently compared with the rest of the world. In fact, there are a number of things about Japan that visitors to Japan should learn including how the country has been dealing with other countries throughout its history when it was first known to the Western world, etc.

Some people wonder how Japan got known to the rest of the world or how it got its name.

Visit this page to learn more about Japan’s history and culture. Just by looking at how Japan got its name, foreigners may have a better understanding of the county’s uniqueness and its relationship with other countries in history.

How to Reach Out to Digital Influencers – 2022 Guide

3 Reasons You Should Never Hire a Cheap Divorce Attorney