…So, I Have A Sugar Addiction

I found out in the midst of trying to write about an experience I had many weeks ago, in which I found myself binge-drinking once a week and also finding mystery bags of Trader Joe’s candy that I couldn’t remember buying, and not because of the binge-drinking (Trader Joe’s closes too early for that). In retrospect, and even at the time, it was pretty amusing to me that I was so stressed that I was blacking out candy purchases. But along with the drinking, it signaled a problem, so I told myself I’d back off of drinking for a few weeks and try to tamp down my candy-buying.

If you write personal essays on the reg, you might know that feeling you get when you’re approaching a hard topic, something that hurts or is vulnerable, or something that, if you shed light on it, will require you to make changes you don’t want to make. You write, and it feels like you’re orbiting around a black hole. Or circling around Pandora’s Box, or a strange, misshapen fantasy creature that disturbs you to look at, so instead of just facing it and taking in the whole of it, touching it, smelling it, naming it and knowing what it is, you walk – you write – in circles around it, pretending you don’t see it, pretending you don’t know it’s there, your eyes in the other direction. Your writing gets repetitive and flippant and clichéed and boring. You know your readers won’t care, and no one will walk away from the essay with anything because you didn’t give them anything of substance with which to walk away. That’s what I was feeling, writing draft after draft about this experience, going into inane details about the candy or the booze or the circumstances, none of which really matter so much as finally admitting to a friend over chat: I think I have an addictive personality. That’s what it is. 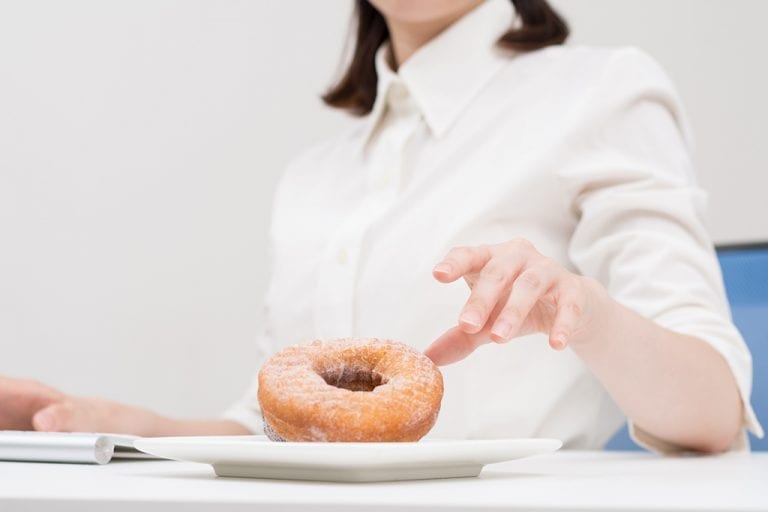 It bothers me to admit that. It bothered me to have it confirmed after taking a Phelps-Nourse Test, wherein a score of 100 indicated a high risk for addiction and scoring 216, which a score of 61 in the “diet” section alone. I scored a 63 in “family history,” too, and that’s part of why that confirmation scared me: I have relatives with histories of addiction, and relatives who have type 2 diabetes, the kind that comes after years of eating too much of the wrong things. I didn’t think that I shared that reality. I worked for years and years to abstain from recreational drugs, drinking, smoking, and even caffeine and both prescription and over-the-counter drugs. Now I understand the possibility that, as a teenager, I intuited that I had the potential to go totally overboard with consumption, get too attached to a habit and use it as a crutch, and that my abstinence stemmed from that. I also understand the possibility that the intensity of my abstinence itself could very well place it in the realm of addiction.

But it also bothers me because I’ve been struggling. A lot. I just passed the ten-year anniversary of meeting a man who would quickly become tyrannical, manipulative, and abusive, with whom I stayed for far too long. I’m working hard, in therapy, on cleaning up the mess he left, deprogramming my self-hatred and the projections he gave me to cast on to myself, disassociating my horrible married past from my imminent married future to a good, decent, hardworking, caring, loving, generous man. It’s a rough and upsetting process, to wade through all that garbage, and it’s making me remember things that I tried for years not to remember. Things have deteriorated in my emotional health in the meantime; I’m breaking a bone to re-set it. I’ve been employing whatever coping mechanisms I can, but the exhausting fact is this: My main coping mechanism has been to eat bread or candy, and that’s been the case since my last marriage. Instead of facing and treating my fear and anxiety, I’ve been more apt to respond to the jitteriness, distractedness, dizziness, fatigue, insomnia, panic, impulsive anger, and nausea that the fear and anxiety create by eating bread and eating candy. It’s avoidance via carbs. I’m not sure that, if I don’t let myself eat candy or sweets or added sugar or bread or cinnamon rolls or – worst of all – cake, I will know how to keep myself from going over an emotional cliff. And that is terrifying, and it makes me feel like maybe I should just keep enabling this. 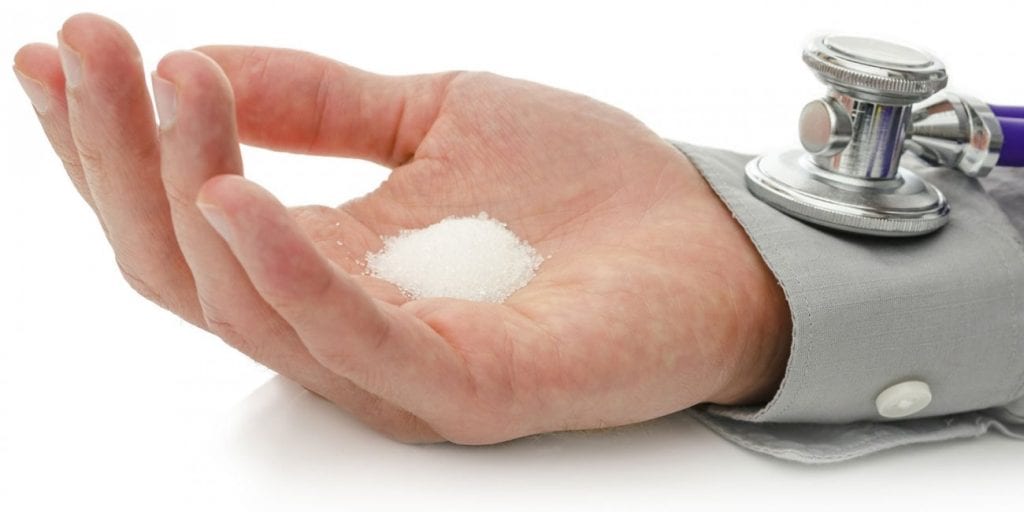 But who knows whether it’s just the drudging up of old pain or the experience of new pain that causes these symptoms? It has come to seem very, very likely that a large part of the physical symptoms I’m experiencing happen, sometimes out of the blue, because I just haven’t had candy or bread in a while. I may be panicking, or at least more prone to fear and panic, because I haven’t had my fix. And there’s the rub. I have to stop eating candy and bread and cereal and cinnamon rolls and tarts and, worst of all for me, cake, because in all likelihood, it is making me more prone to experience these intensely, invasively bad feelings. It is leaving me with less control over myself.

Sugar addiction is very real, by the way (as is salt and fat addiction, or just general food addiction, but the problem for me is distinctly sugar). Medical professionals have had the suspicion for a while now that the “obesity epidemic” has not just to do with how much food people eat, but with the types of food people eat; that the latter is, in fact, causal to the former. A 2008 survey of individuals who reported addictive symptoms in their eating habits and compared responses to rat studies about glucose and eating habits found that this was particularly so in the case of refined sugar and starch. Another 2008 study found that there’s a reason for that in our brain chemistry, which is that sugar consumptions releases dopamine and opioids in the same way that drug use does.

There are truly unhelpful solutions abound – only eat when you’re hungry, avoid stress and control your emotions, and get regular exercise; as if we all haven’t tried. I mean, who tells an addict, “Just control your emotions! You’ll be fine”? And in my case, one of the truly heartbreaking revelations I had in the course of thinking about what this means for me is that I have been running to repeated injury in order to afford myself calories so that I can eat sugar excessively but not gain (too much) weight. I have hurt myself to eat more. Over and over. If we’re talking about addiction, if we’re talking about addictive personalities, telling someone “exercise!” might not be a good strategy – exercise addiction is an elusive but medically recognized addictive condition. There is one particularly good suggestion in the literature I read, though: Apparently mice who were satiated, who had eaten enough of foods that weren’t heavy on refined sugars, weren’t as affected by the release of dopamine and opioids as mice who were on a refined sugar-heavy diet. Which means that if we eat decent portions of whole foods and keep ourselves satiated, we might be less inclined to give in to the temptation of sugar and starch. It’s worth a shot, anyway. 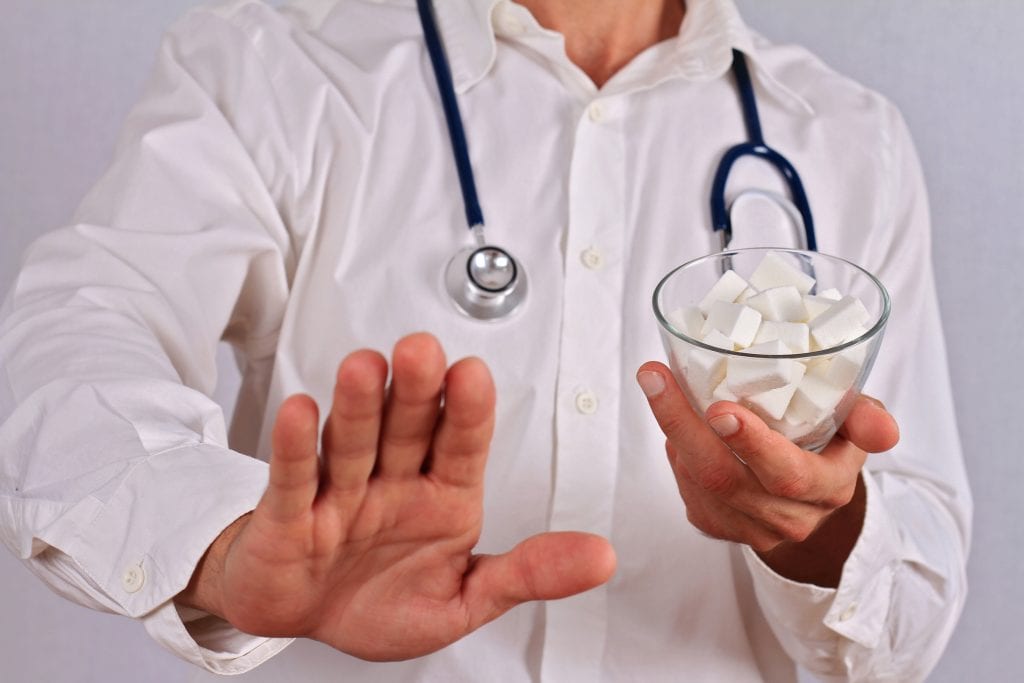 It feels like I’m losing a lot, like my crutch, some of my freedom, some of my favorite foods. I’m having to recognize that I can’t do long runs anymore and have to sub in some other form of exercise. I love cake decorating so much that it is emot

ionally painful to acknowledge that until I fix my knotted-up arms, I can’t do it – but now, I also can’t do it if it involves buttercream; I have to find something else to pipe. So instead of a loss, I have to reframe the revelation of my addictive personality and my sugar addiction as a gain: I will gain time and energy by ceasing to focus so much on what I want to eat and whether or not I should eat it. I will gain rock climbing in place of long runs. I will gain new artworks, once I figure out what material has roughly the consistency of buttercream. I will gain some perspective and maybe greater health. I will gain control.

Kick Drugs Before They Trap You