Recently, we can see that the department at one of the universities has recently issued a study note on a new concept recently defining the SOUL App, designed by the Chinese company Soulgate, as a “metaverse social platform”.

It seems that SOUL remains successful at accomplishing its mission to build “soul’cial for young generations”. As stated by the university we’ve mentioned, this software has become remarkably widespread among China’s younger age group.

As the study shows, the inkling behind it, a virtual world where people access and act around, was invented by the science fiction writer Neal Stephenson who was the first to use the term in his book released back in 1994 and defined it as a “virtual reality corresponding with, but autonomous of, the real world. The digital space mirrors reality and is becoming ever more real.”

The report we have mentioned provides a careful insight into the Chinese metaverse setting and has compared their strengths and distinctions with other firms that are trying to reach the same level of success.

The report points out SOUL as the current market leader given that the app has experienced incredible success among the younger generation.

The question is. How was SOUL able to incorporate the idea of metaverse into the lives of hundreds of millions of young people and become an alternative for this sort of platform? And what keeps the “Soulers” hooked up? 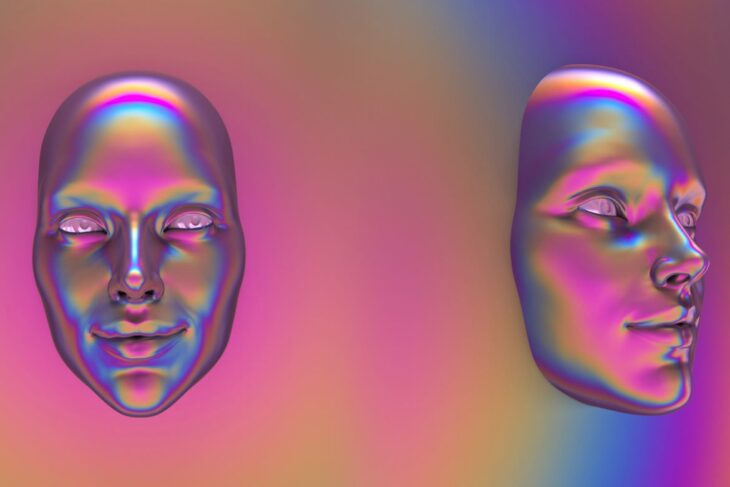 We’ve seen a lot of Hollywood movies discussing this topic in the last couple of decades. We can draw an analogy between this aspect and cryptocurrencies. In some way, both of these perceptions were announced by various movies. Therefore, many people have adjusted to these concepts way before they were introduced to the public. So, it’s no surprise that this concept has attracted so much attention from the public.

If you take a closer look at this name, you will see that it is made of two words, meta, and universe. It was coined to provide a title that describes how the internet will look in the future. For that reason, we can be bold enough to say that this is the fastest global social network trend. As you can presume, two crucial factors will make this happen. We are talking about virtual reality and augmented reality. So, we are not talking about just basic social networks, we are talking about much more than that.

Users will have a chance to have a much more vivid experience. Plus, it all runs in real-time, which means you will have a chance to experience all of it instantly. We’ve mentioned cryptocurrencies before, and it needs to be pointed out that they are important for the economy of this concept. In this virtual world, users will have the possibility to own a wide array of different digital properties, like cryptocurrencies and NFTs.

Since we are talking about the decentralized aspect of these two, they can be created by any person who is interested in pursuing this sort of activity and items in the digital world. We are not talking about large companies, but also for every individual who has this sort of interest. We can say pretty much the same for the metaverse, not just for the items and money.

Even though this still exists in some capacity on today’s internet, people don’t always see it. There are many activities you will need some sort of VR glasses to have a complete experience. Still, we will have to wait and see how this will play out in the future. From what we know today, there is no doubt it will be much more vivid and effective than it is today. 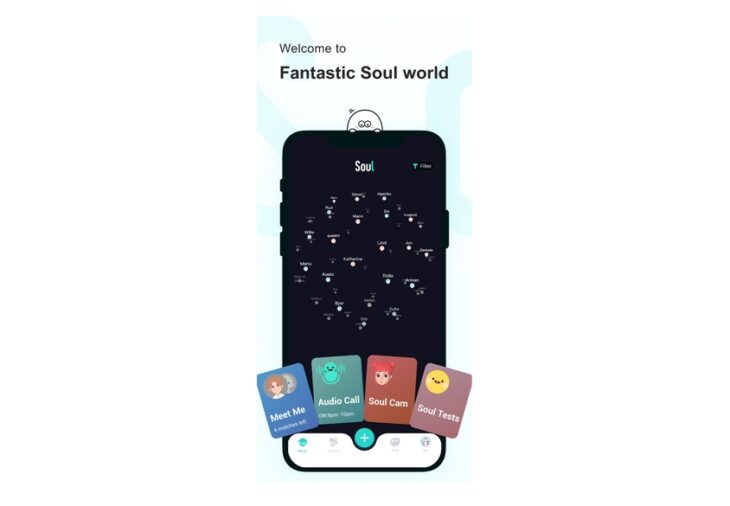 When users dive into SOUL’s digital world, they can build their avatar and come up with an internet alter ego that reveals just a (wanted) part of their persona and their usual behavior (such as talking and moving). You’ll be happy to know that no personal information is needed to register. The app discourages sharing real individualities to create an “immersive yet discreet cyber personal space”.

The users also need to complete a quiz (a so-called “Soul Test”) that dispenses consumers to different “Planets.” These are based on their curiosity, where those who share the same needs and preferences can freely interact.

After building their avatars and guiding beginners are prepared to board on their trip. They also can start conversations with other users by using a couple of different methods.

What makes the app stand out is that it takes off the pressure of traditional social and/or social media relations as we know them today. As there is no need for selfies or self-identifying posts, the conclusion-free virtual environment allows users to stay anonymous and therefore feel more confident in articulating themselves genuinely. 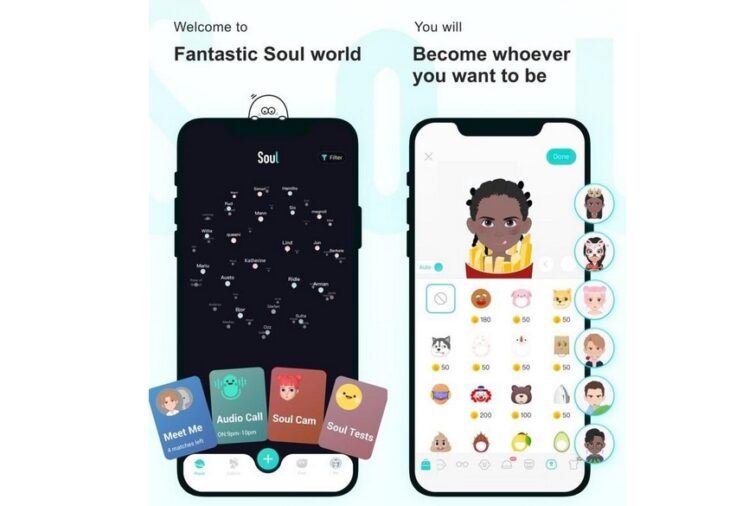 Group Chats – A gamified practice in the SOUL real

The app has introduced options such as a group chat to reinforce the communication and link among users by providing this sort of involvement. It uses a powerful algorithm that endorses chat places based on the shared interests of the users. Unlike some similar apps. SOUL also allows seeing the profiles of other users, who are members of the same community and encourages interactions like leaving comments or starting private conversations. It all helps the community to grow and to keep the “Soulers” involved in personal interactions.

It doesn’t come as a surprise that the immersive virtual social experience took Gen-Z by storm. Data shows that the app landed in the top free software on the app store in this country in 2022 by having millions of downloads.

Not only that the app arouses the interest of younger generations but it also keeps them actively engaged as more than 30% of the operators fell under the class of those who are active every day. To be more precise. The consumers check their app approx. more than twenty times with a practice time of almost an hour every day.

The app was also able to beat some of the immediate messaging goods since the platform has a record of a regular of 66 messages per user every day.

There is no doubt left. Soul has made a step forward and a complete shift in the world of social and digital interaction.

“Our long-term commitment is to reduce loneliness in society”, as the founder Zhang Lu pointed out.” That aim remains close to our heart, and loneliness is the core challenge we strive to tackle.”

SOUL already plays a huge role in Gen Z’s social lives and with having more than 34 million young users all over the globe, it has already impacted a whole new group and their way of daily social communications.

And by combining aspects of leading platforms such as Instagram. TikTok. Snapchat Robot, and Discord, the app has undoubtedly set a new level of expectation when it comes to innovations and new ways of virtual experiences. 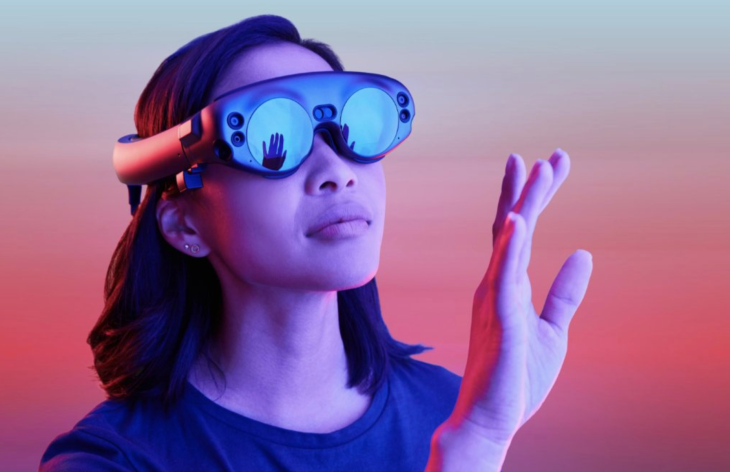 Why Do We Need It?

When you know all of these aspects, the next question that everybody’s asking is whether do we need something like this? Some concerning voices are speaking about this sort of idea. However, they usually don’t pay attention to all the benefits users can reap from using these. Metaverse removes all the boundaries and users will have a chance to use pretty much all of them whenever they want, and as much as they want.

Without any doubt, it will change the way we perceive the world, and what we can expect. Not to mention that it will have a massive positive influence on the way we do business. So, you can see that metaverse is an idea that can provide us with so much, just if we are patient enough.

8 Tips for an Amazing Sailing Experience in Croatia