Style Resolution: Dress For My Booty

I’ve never been a woman who thought about my figure and how to flatter it. From puberty onward, I luckily had a slim frame and an hourglass figure that made dressing easy-peasy. I could literally wear — and eat — anything that I wanted.

I was, I realize, that bitch you hate.

Then, around age 23, that all changed. I suppose it was my metabolism slowing down: I began to gain weight for the first time in my life and it all seemed to be concentrated on my butt.  Jeans, skirts and dresses stopped fitting around my belly, hips and ass. I swear you won’t believe me, but I remember sitting in an office chair one day and realizing my butt had gotten cushier! Twenty-three and 24 were hard ages for me to begin with because I struggled with a nasty bout of depression; my sudden, prepubescent-ish awkwardness with my body changing became a nasty icing on the cake. 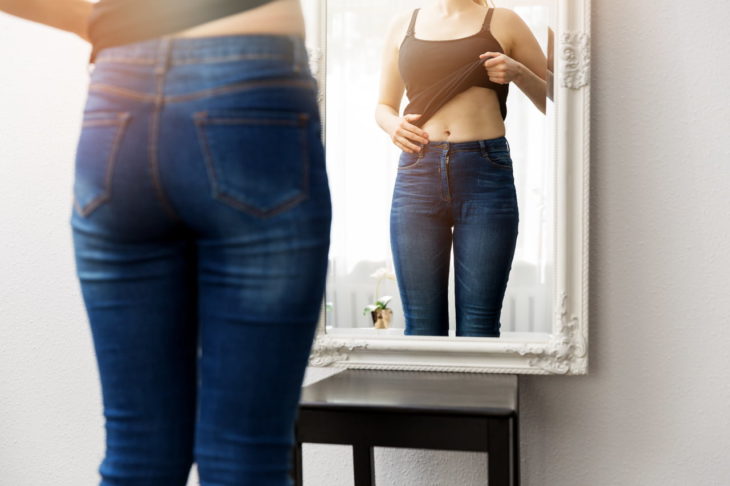 Initially, I reacted the way most women probably would, which was with shame and self-criticism. I remember crying at my reflection in the mirror when I put on my 24th birthday party dress because I felt “fat.” I know now that my emotional state had a bit to do with my depression at the time; however, back then, I felt my plumping size and expanding derriere meant I’d royally screwed up. I was getting fat. My clothes didn’t fit. What do I do?! So I did what WASPs do best: “deny, deny, deny.” I felt so ashamed about buying bigger clothing, so I squeezed myself into ever-tightening clothes, even when they passed the point of “figure-hugging” on to “sausage casing.”

I wish I could say that it was my own feminist-inspired body acceptance that made me embrace, and then love, my ” new” body. It wasn’t. Eventually it was, but I needed a push first. And that push came from guys who didn’t see “fat” but did see badonkadonk. I may have been yanking size 2 jeans that no longer fit over my thighs, but men were ogling a juicy booty. It’s like they had booty googles! And since I primarily date guys who are into spanking, I earned a lot of compliments on my ass. In fact, at various points in the past year, I dated a Latino guy and a black guy and both of them told me (separately of course) that I had great “white girl booty” and neither was physically attracted to smaller butts at all. As an “hourglass figure” girl I had a few compliments from men on my shape, but as a “pear-shaped” girl, I got absolute adoration. Cue the music for “A Whole New World.” 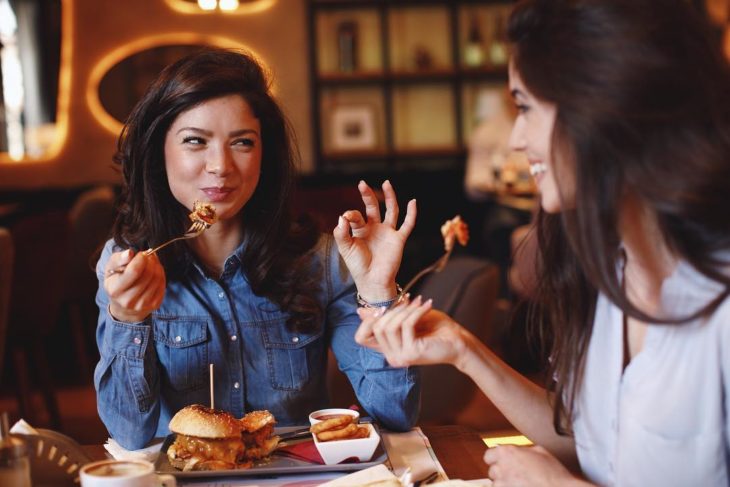 The weight on the rest of my body, especially my face and belly, has fluctuated over the years — between 10 lb.s or so — based on who I’m dating and what kind of crap he does and doesn’t eat. When I dated Ex-Mr. Jessica, I gained weight because, frankly, we ate a lot of bacon grease. (I wish I were cracking a joke here, but I’m not.) He cooked all the time and I just ate what he made, even when it was unhealthy. Now I’m dating Le Boyfriend and I do the cooking. His favorite past time is to rant and rave about tubby Americans and their Cheez Doodles, so we tend eat very healthfully — lots of salmon, chicken, and vegetables. (He will have to pry my Starbucks from my cold, dead hands, though.) In the past year, I’ve grown nearly as confident with my body as I used to be as Miss Hour Glass years ago. It is still bizarre for me to be “pear-shaped” on the bottom and shop for clothes according, any inhibitions I had regarding my size are long gone.

Also long gone — or, at least, on the way out? Squeezing myself into clothes that don’t fit. The “sausage casing” look is so not chic. If something doesn’t fit, I have to tell myself to just accept that it doesn’t fit and go find a size 12 or 14 that does fit. Muscle memory might tell me “hour glass,” but the mirror tells me “pear shaped” and I know that is the way I need to be dressing.

Antonio Paone: The Passionate Face of Two of...

How to Incorporate Black Into Your Wardrobe