The past four months of my life were really, really s**tty and hard. I got dumped suddenly by someone with whom I was in love. I moved out of the apartment we shared together and back in with my parents for three months.  All of that happened within a few weeks of each other. Can you say stress? My coping mechanisms were crying jags and burying myself in my bedsheets with “Keeping Up In The Kardashians” on Netflix Instant.
But in time I realized I had to put pants on and eat something other than chocolate chip cookies again. I went to the library in my parents’ town and borrowed a fantastic book called Glad No Matter What: Transforming Loss And Change Into Gift And Opportunity by SARK. Glad No Matter What helped me to be grateful for all the good things that I’d had in my life, both past and present. I framed all the things that had happened to me as growth experiences which were making me stronger in the long-run. I allowed myself to feel any emotion that I needed to feel and just “be” with it, whether that emotion was confusion, anger or sadness. 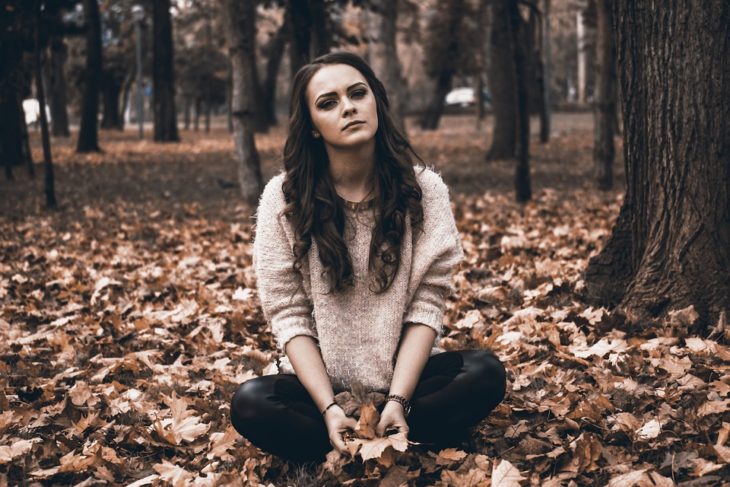 Although I’m by no means totally healed from what happened — there’s still this part of me that’s mistrustful and treading lightly around a new man in my life who fancies me greatly — I can honestly say I did a good job taking care of myself during the worst of the storm. And the worst of the storm seems to be over. I’ve moved out of my parents’ house and into a new apartment. I’m slowly getting to know a great new guy. I’m loving my job as much as always. I don’t have crying jags anymore. In fact, most days, Ex-Mr. Jessica only pops into my head as an afterthought.

All that being said, though, there is still a confusing emotion that I am dealing with that I can’t seem to shake: this ever-present feeling of anxiety.

I’ve been called a “worrywart” (always dismissively, often by my mom or dad) since I was a little kid. It’s true that as a child and a teenager I had as many rational fears as I did irrational ones. As a grownup, I understand that worrying all the time isn’t just being a “worrywart”; excessive anxiety is a form of mental illness and anxiety and depression are two halves of the same coin. Although I’m much better at recognizing the rational fears that I should pay attention to, that doesn’t make them go away.

Lately I find myself my feeling anxious, even though on the surface everything seems OK. And it’s not the “big” things that worry me, like tax day coming up. It’s stupid little things I worry about, like whether someone is annoyed at me, or someone else doesn’t like me. Sometimes I just feel anxious about something, but I can’t even pinpoint what it is: I just feel a tightness in my neck and back, a twitchy mind, and a feeling like I just can’t relax. 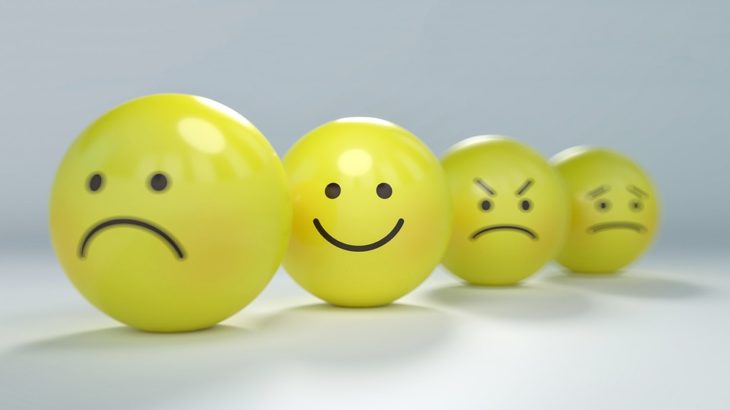 It’s frustrating to not be able to control this anxiety that’s dogged me my whole life. Taking an anti-depressant/anti-anxiety pill daily helps. Deep breathing sometimes helps. Doing exercises from books like When Panic Attacks, by Dr. David D. Burns, help. I try to deal with the malaise on multiple fronts. But lately it doesn’t seem to be working. I have been feeling this anxiety again, whether its upon waking up in the morning or lying on the couch watching “Sex and the City” reruns. I try to just “be” with the anxiety the way I’ve tried to just “be” with other emotions. However, anxiety is very unpleasant, psychologically as well as physically. Who wants to power through the tightness, the twitchines, the difficulty sleeping?

If I had to name the fear, I would say it’s generally “bad things are going to happen to me.” A bad thing could be around any corner, ready to happen again. A bad thing could catch me unaware and hurt me even worse than I’ve already been hurt. But rationally? I know I’m safe, happy, loved, cared for, and any bad things that happened to me could be weathered just like the storms I’ve weathered before.

I don’t know if this latest anxiety is related to all the newness in my life — new apartment, new guy, new direction in life — or it’s just the same-old, same-old anxiety that’s been accompanying me on my life’s journey since I was 14. I’m prepared to deal with it and learn from it just like I always have.

Why Dog Owners Have Separation Anxiety After Going...