A Quick Guide to Symbols in Religious Art – 2021 Guide

Icons surround us all the time. If you look at the toolbar on your computer, you will see many little symbols that mean Internet connection, volume control, media player, etc. Each one represents a certain process or program. The same is with religious icons. They are also symbols that stand for greater “objects” and have deep inner meanings. Religious icons are what make the Orthodox Christian Faith distinctive from others. No doubt, you can recognize some Christian symbols on your own, but it may be difficult to understand the majority of them because of the deep roots of their historical origin. Below you will find some useful information about the most common and popular symbols in religious art.

A quick guide to symbols in religious art 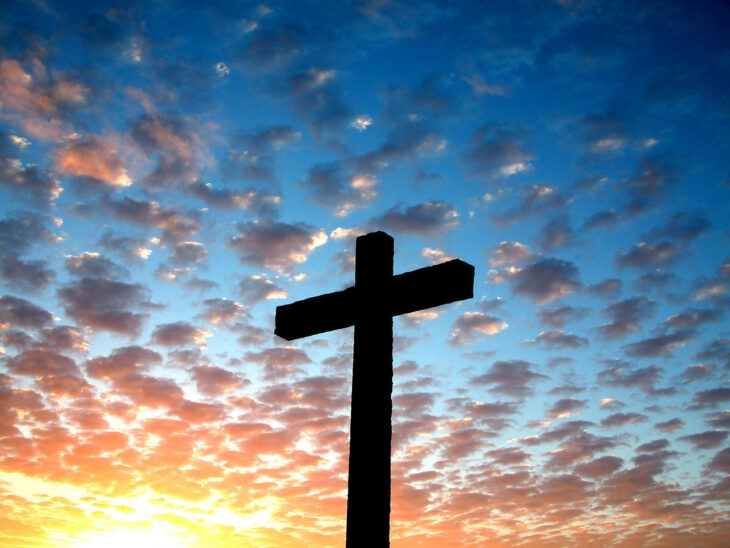 The cross is the most known and widely recognizable symbol in the Christian world. It reminds people about the suffering of Jesus Christ and His death for the sins of all mankind. It also conveys the message of fulfilled promises dating back to the Garden of Eden when God said He would send Christ to take the punishment that people deserve for their sins. Apart from that, the cross stands for God’s love and humility, as He gave up everything to rescue human beings. This symbol also reminds people that the ultimate punishment for sin has already been taken and that the immediate earthly life of Jesus is over. He is ready to forgive and accept everyone. 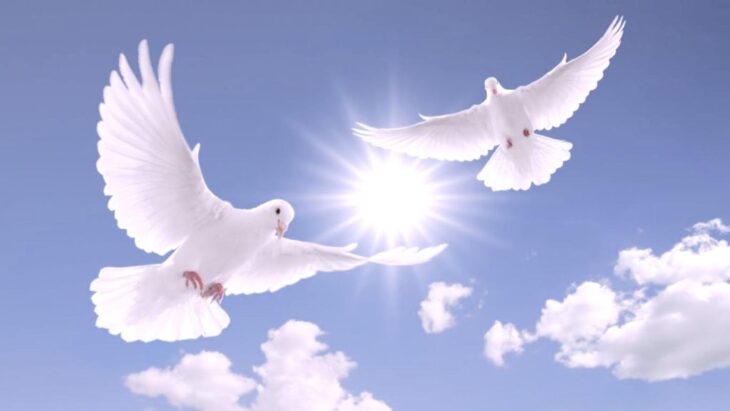 Birds are often depicted in Russian icons and religious paintings. They are a symbol of divine purity and a sign of peace. In particular, there are many mentions of a dove in the Bible, which identifies the Holy Spirit. For example, when Jesus was baptized in the Jordan River, the dove came down to earth. Besides, in the Old Testament, the dove symbolizes grace and gentleness.

Sometimes, the simpler the symbol in religious art, the deeper its meaning. The circle or ring symbolizes the everlasting nature of God and eternity that has no beginning or end. Most medieval scholars used to believe that the circular shape of the sun, moon, and planets has a relation to God’s act of Creation. It represents a balance associated with the spiritual and divine beginning. Because of the perfect symmetry and unvarying balance, Heaven is usually also associated with a circle that stands for the perfection of God. Besides, the heads of saints and sometimes the whole bodies of holy figures are surrounded with haloes or aureoles that are also depicted as bright rings or circles. 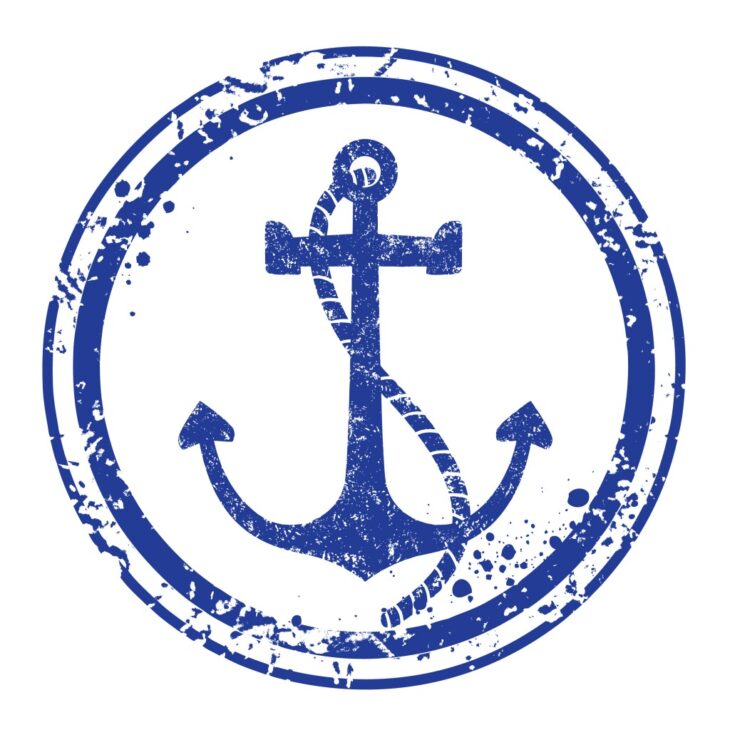 The anchor relates to the cross, the most popular Christian symbol. Many early Christians were sailors, and they widely used this symbol in their lives and work. It stands for strength, fortitude, steadfastness, terrestrial, and eternal hope. Today, the anchor is also often used in designing medallions and amulets. This tradition comes from ancient times when people carved it on old Christian gems.

The lion denotes fortitude, wisdom, and strength. Lions stand for courage, and the Bible uses this symbol to encourage people to be ready for any obstacles on their way and any people who may not treat them well. This symbol represents the success that is worth fighting for. Lions also teach us to be patient and optimistic. Besides, they are a sign of solar energy. In Christian art, lions may also be depicted with wings, which is a reference to the Apostle and Evangelist Mark. Saints Anthony and Jerome are often depicted alongside lions as well.

The dragon is a fairly complicated symbol that often combines images of the bird and serpent. It represents the sinful nature of human beings and refers to the devil, especially in the context of the devourer. While it is a symbol of evil in the Christian tradition, it also stands for wisdom, hidden knowledge, strength, and power. The dragon is often depicted in battles with St. George the Victorious as a symbol of the eternal struggle between the light and the darkness, the good and the evil. In these images, the saint always overcomes or defeats the dragon. Besides, the dragon embodies untamed nature and chaos. It may also symbolize the mountaintops, clouds, and the depths of the unknown sea.

The most common plants depicted in religious art are the reed, lily, olive, and palm. The latter is a very early symbol in Christianity, which represents victory over misery and earthly temptations. The palm leaves are often mentioned in the New Testament. The lily, in its turn, symbolizes simplicity, purity, and chastity. It is known as the emblem of the Virgin Mary. The reed stands for passion. It is an emblem of John the Baptist and his baptismal ministry. The olive symbolizes abundance, fertility, peace, and new beginnings. In the Old Testament, one can find numerous mentions of the olive tree. For example, the dove with an olive branch means peace between God and man. 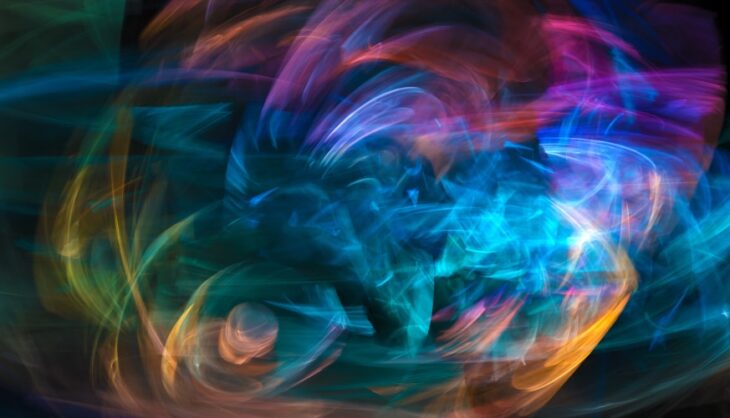 Colors used in painting Orthodox icons and religious paintings also convey symbolic meanings. White is the color of innocence, holiness, and soul. It also denotes virginity and purity. Black symbolizes mourning and death. It is often used to depict the underworld and the devil. Blue is associated with the living Christ and the Virgin Mary. It stands for clarity, truth, and heaven. Green is a symbol of vegetation and life. Yellow or gold has the meaning of revelation, revealed truth, and divine radiance. Red means passion, blood, and anger. It is a predominant color in the images of martyrdom. Purple is a royal color and, therefore, often represents God. It also reminds people of the crucifixion of Christ in the weeks leading up to Easter. In other cases, it is associated with sorrow and repentance. Brown is a symbol of mourning, earthiness, and humility.

All symbols in religious art are endowed with a highly deep meaning. They are extremely interesting to interpret and look for. You can check russianicon.com to find out more information and interesting facts about Christian art and Orthodox icons in particular.

6 Benefits of Covid and Flu Season Disinfecting for Large Companies

Things to Know Before Getting a Maine Coon Cat

7 Tips on How to Increase the Sale...

Tips & Things to Consider When Budgeting for...