Taylor Swift’s Donation To Kesha Is Not Feminism

Who knew that Kesha would be the artist to get a meaningful conversation started about sexism in the music industry? I don’t wish that to sound condescending in the face of what she is going through, I really don’t. And the fact that a hoard of women in the arts are getting behind her is inspiring, and hopeful that perhaps art still is a community even in our global, internet drenched world of mega celebrity. But it is frustrating to see everyone acting as though they’ve always been in the trenches with Kesha, the Andrew WK of pop whom before this trial was not in loving Twitter exchanges, going on tour with, of Instagramming selfies with any fellow pop heavy hitters. In the world of girl squads and social media, Kesha has always seemed like a lone wolf. And I kind of understand why. Kesha, while being immensely successful, never really brought much to the table musically aside from fearlessly brandishing autotune, America’s lust for excess, and what I always thought was a half-hearted attempt at a gay rights anthem. But as it turns out, the queen of no fucks actually had the biggest balls in the ring, and has become, intended or not, the face of women taking our autonomy back sexually and professionally. And you know who doesn’t deserve to piggy back off of that message? Taylor fucking Swift. 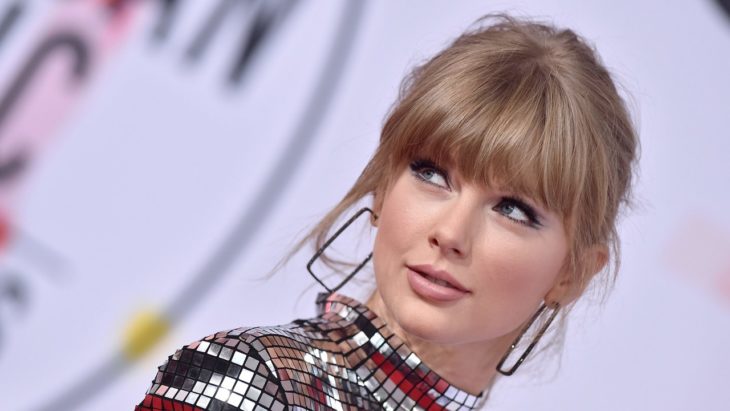 I’m sure it’s really nice to get handed a few hundred thousand dollars (by Taylor Swift) as a consolation prize when the legal system just utterly failed you because you are a woman. And not only that, but you are also facing the fate that your career could potentially be destroyed by your abuser. It is hard to run into someone who has sexually abused you at a party—a dance that a lot of women know, because statistically most women are acquainted with their abuser in some way, and often because women are shamed into not speaking out, future interactions with that person are inevitable—so I cannot imagine having your abuser also be intertwined into your passion, your art. And no one is blaming Kesha for accepting the money that Taylor Swift offered her, or being openly thankful for it. But that does not make Taylor Swift a crusader for women, and I’m actually exhausted by people misconstruing her carefully planned PR stunts as anything remotely resembling feminism. 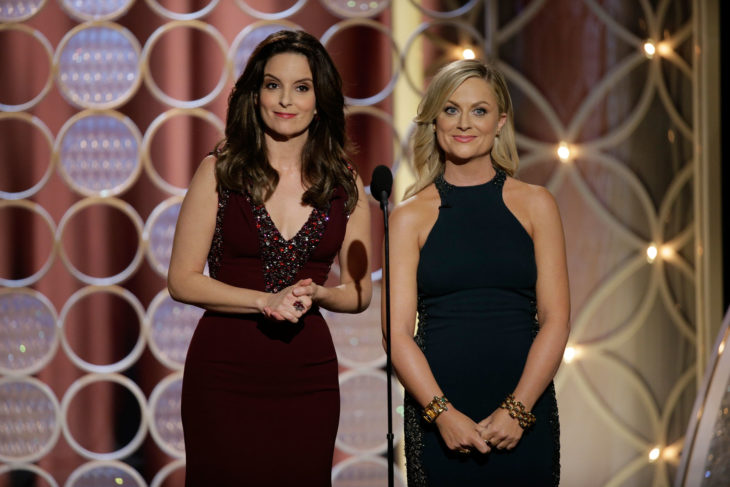 Let me remind you, Taylor Swift is the person who could not take a joke made at her expense by feminist idols Tina Fey and Amy Poehler while they were hosting the Golden Globes, an act that has always included a mild roast of other celebrities. Award season is the time of year when us normals crowd around our television sets, watch the rich and famous get awarded, toasted, and generally high on their 24K auras, and it only brings balance into the universe that the hosts of the events make a little fun of them—otherwise we’d be living in the Capitol in the Hunger Games, right? Right!? But Taylor Swift doesn’t like surprises, so in response Swift leveled the (now even more famous thanks to this election cycle) Madeleine Albright quote, “There’s a special place in hell for women who don’t help other women,” at Tina and Amy of all mother fucking people! I can’t stop using exclamation points, which I hate! That’s how mad TS makes me! She  brings out the worst even in punctuation! 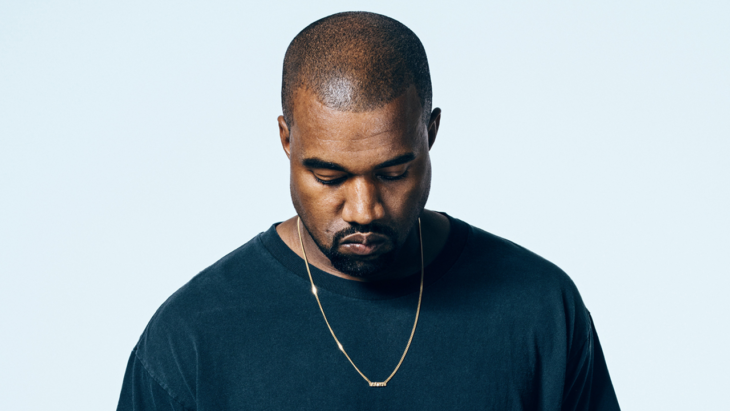 I went into a wormhole where I was one of Taylor’s cats for a second, and she was petting me where I don’t like it, and trying to feed me last night’s steak. Back to the matter at hand…Swift has a long history of manipulating her megalomania to somehow look like feminism through a fun mirror. Her Grammy acceptance speech this year was one of those moments lauded as her feminism, when in reality Swift was taking the opportunity of having the mic at music’s biggest night, having just won its biggest award, to smack down someone, Kanye West, who is unafraid to call out her “fake ass.” Much like she did with Tina and Amy, Swift took a situation in which someone was critical of her in some way, and attempted to make her petty defense of herself seem altruistic. When in really it’s just the misty vengeance of the music industry’s equivalent of a sorority president. 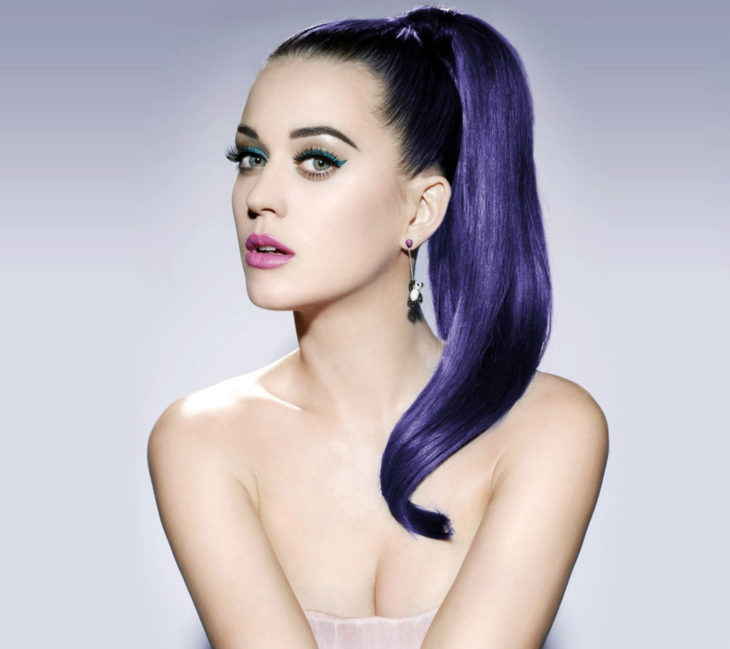 The transparency of Swift’s feminism is even right there in her music. She has long been rumored (in that celebrity gossip way that these things are rumored) to have an ongoing feud with Katy Perry. The alleged details of which echo again the sorority-like nature of Swift, as it all seems to have stemmed from an ex-boyfriend and some backup dancers. Swift pretty much confirmed the rumors with her song “Bad Blood,” when she cleverly told Rolling Stone that it was about a fellow female artist. The video for the song, despite including her famous “friends” (the “girl squad,” faux love fest of all of those privileged women that ensued felt like a personal affront to the feminism of real women on its own), was a lengthy glorification of cat fighting, something that any rational feminist would not put a glossy finish on. As Katy Perry put it in her unfortunately grammatically incorrect tweet, “[Swift] unmeasurably capitalizes off the takedown of a woman.” Making it undeniably clear that for Swift, the appearance of feminism is just a byproduct of her own loud, forceful rise to the top. 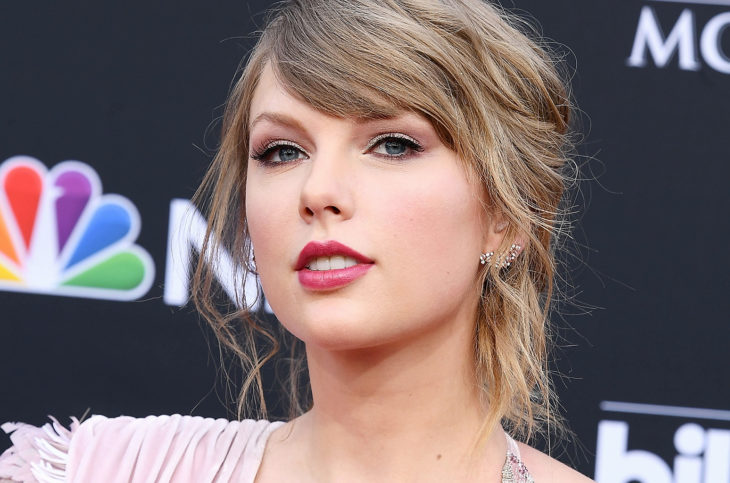 Yes, it was nice of Taylor to throw what would be considered a lot of money for someone to make in a year at Kesha after last Friday’s devastating court ruling. I’m not arguing that Taylor Swift is not a nice person. I am arguing that she is not a feminist, and in donating that money she is trying to essentially buy some of Kesha’s feminist magic in this moment. Evidence to that effect is right there for you in her own PR statement about the donation. She carefully avoided making any reference to Dr. Luke, Sony, about what happened to Kesha and what happens to so many women trying to make it big in the creative industry. Instead she had a PR jockey release the lukewarm blurb, “In a show of support Taylor Swift has donated $250,000 to Kesha to help with any of her financial needs during this time.” A show of support for WHAT, Taylor!? For such a purported feminist, who has previously had the balls to take on Apple of all entities, and continues to wield incredible influence, she seems really afraid to ruffle any industry feathers by speaking the devils name that put Kesha in a place to receive that money in the first place. I still listen to “1989” at least once a week. That woman makes great fucking pop music. And it’s obvious that she is going to continue to do that since she is clearly trying to support a cause without it having any career ramifications for her. The moves Taylor Swift makes are for herself, and herself alone. If people benefit from it, it is because what Taylor wanted and what they want happen to intersect. Fuck that.

**Also I didn’t want to make this about two celebrities feuding, because that’s lame and often not real. But praise be to Demi Lovato for having the balls to call Swift out as well, or at least celebrity calling out—which in today’s world is a tweet.