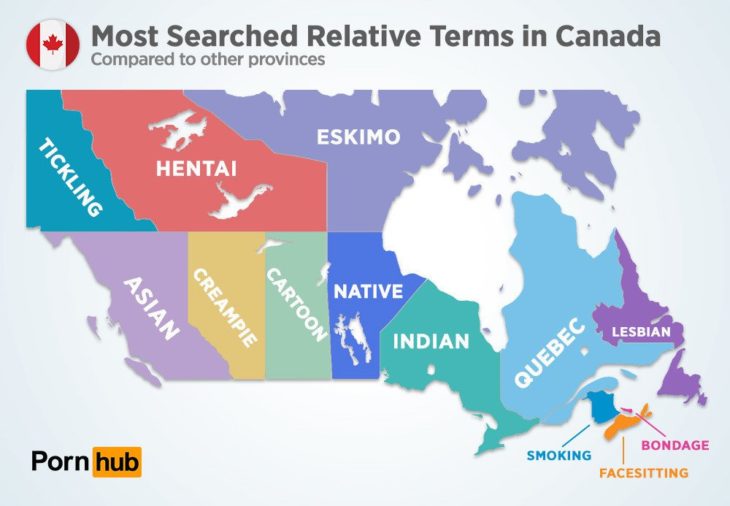 Also, can we have a chat about the Yukon, where the most popular term overall is “cartoon” and the highest relative search term is “tickling”? Are you ok, Yukonians? This makes me feel very, very hesitant to visit western Canada.

Note that the maritime provinces are the freaky-deakiest of all of them, with popular relative search terms like “facesitting” and “bondage.” Wave your freak flag high, Prince Edward Island!

Taylor Swift’s Donation To Kesha Is Not Feminism

The ‘Sharknado 4′ Cast Has Been Announced For Your Pleasure