How Often Should You Test Your Aquarium Water

It’s great to have pets. It doesn’t matter whether you’re a dog, cat or a fish lover, taking care of an animal is lovely. Fish, for instance, require much more effort and taking care than it might seem at the first glance. You need to know exactly how much food you should give them, you should change the water in the tank regularly, you need to keep the water temperature right and so on.

One of the additional things you have to pay attention to is water health. Testing the water in the aquarium could very well be the difference between the fish being dead or alive. However, not a lot of people know how or when to do this. That is one of the main reasons we are here today. We’ve wanted to share a few tips on testing the aquarium water with you and once and for all, give the definitive answer to how often you should test your aquarium water. Without further ado – let’s dive right in! 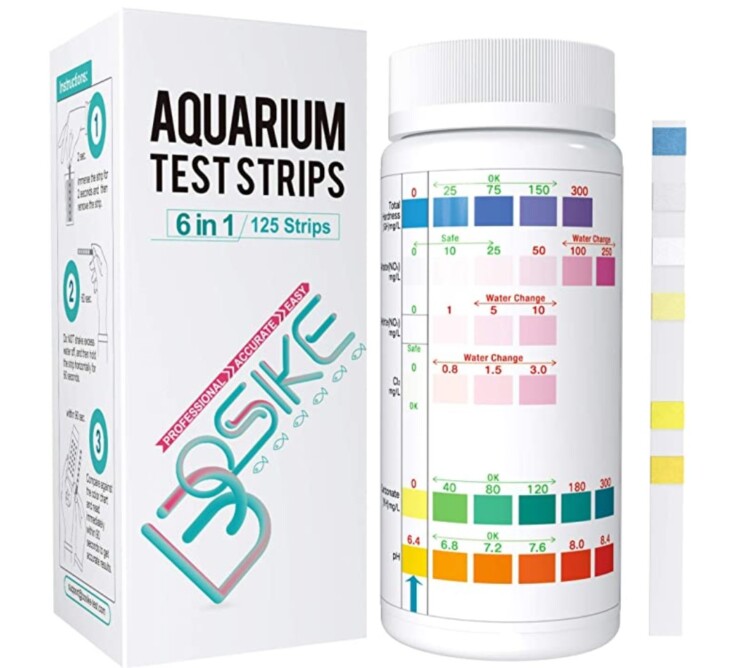 How Often Should You Test Your Aquarium Water?

As you might guess, there are no strict rules one should follow when it comes to testing the water in the aquarium. You can look at this issue from several different viewpoints and perspectives.

For A Well-Established Aquarium

First of all, if you’re someone that has been keeping the fish for a long time and is familiar with all the different nuances of fish keeping – you could be in for a lot less work. If you have a well-set aquarium, without any known water quality issues, all of your fish are doing more than fine, meaning they’re healthy and happy and you have a well-established, water-change schedule that you’re sticking to – you may only need to test the water once a month or even once every few months.

That’s usually how pet stores or people with a lot of aquariums do their testing. At that point, the testing is done just for the sake of it and only to prove that everything’s in order. The bottom line is, if there’s nothing suspicious going on and there hasn’t been for quite some time – there’s no need for you to waste your time testing the water every 2 to 3 days.

On the other hand, there are some instances in which you might need to pull out a testing kit more often. 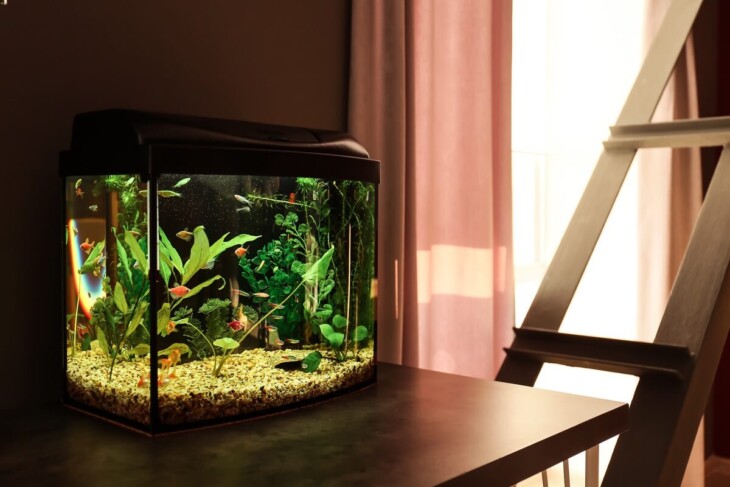 For A New Aquarium

In the case of establishing a new tank, you’re going to want to test a lot more often than every once in a while. When establishing an aquarium, especially in the case where you’re not using the pre-cycle filter, you’re going to want to test the water every two to three days. Testing the water that often, in the early stages, is the best ways to track and establish healthy water parameters and ensure a healthy, living environment for the fish.

You’ll want to make sure the pH levels are steady and normal, that you have no ammonia and nitrite spikes and that you’re slowly starting to build off the nitrate concentration. Luckily, testing the aquarium water isn’t rocket science and it doesn’t take a lot of time and effort. In general, all you’ll need are testing kits such as Aquarium Test Stripes from Bosike you could get off of Amazon and you should be good to go. Ideally, you’ll want to test the water every other day and once you notice steady parameters, you can slowly downgrade to testing the water once every month or so.

What Are Some Common Signs That You Need To Test The Aquarium Water?

In some instances, you may be forced to test the aquarium water. The tell-tale signs that the water parameters might be off are pretty obvious and straightforward and if you notice any of them – react as soon as possible. 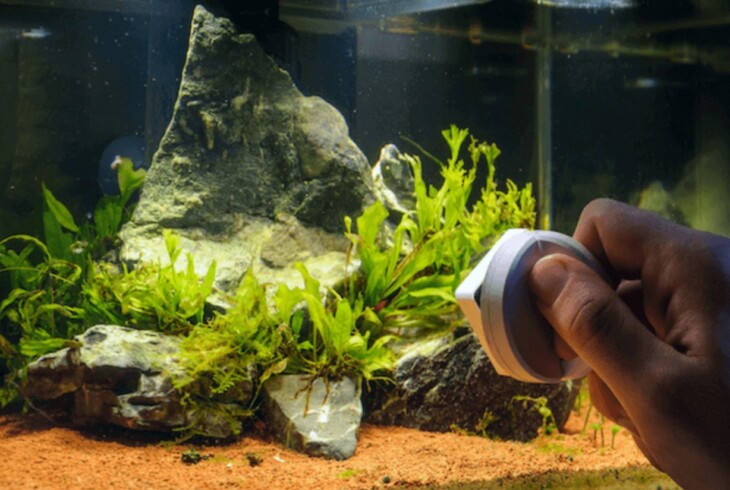 First up, you’ll want to test the water if you notice excessive and persistent algae growth in your aquarium. If you keep cleaning the tank and the algae just keep coming back and ruining your decorations or glass – it’s probably time to test the water. The usual suspects when it comes to excessive algae growth are high nitrate levels and too much light. Algae thrive in those conditions and if that happens to you – you’re going to want to test the water more frequently. Furthermore, you’re going to want to keep testing until you get those nitrate levels down to where they need to be. 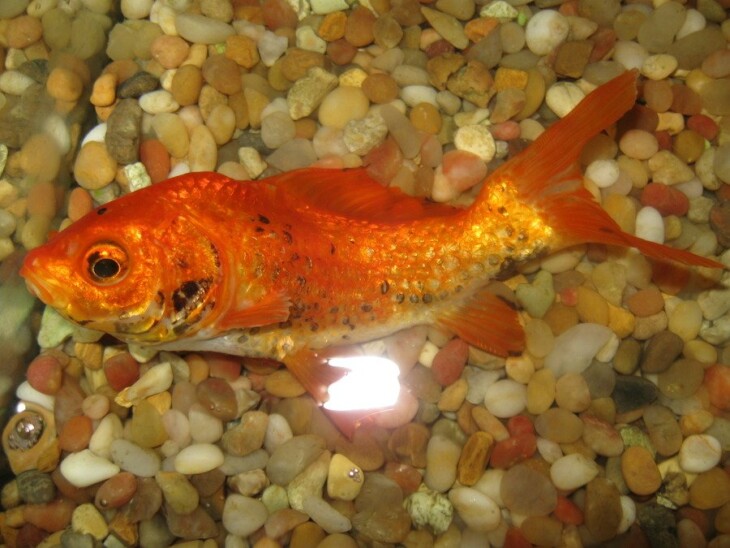 In the events of one or more fish dying in your tank and you just can’t seem to understand why that has happened – you should test the water right away. It is possible that the water in the aquarium could be killing your fish. The water parameters could be way off, there could be some bacteria in the water that you don’t know about and so on.

Not every problem in the aquarium can be easily noticed, especially by the naked eye. Therefore, in the event of a fish dying for no apparent reason, the first thing you should do is test the water. To be fair, it doesn’t have to be the case that it’s the water that killed the fish, but you need to make sure that it isn’t, otherwise, you’re just risking losing all of your pets. 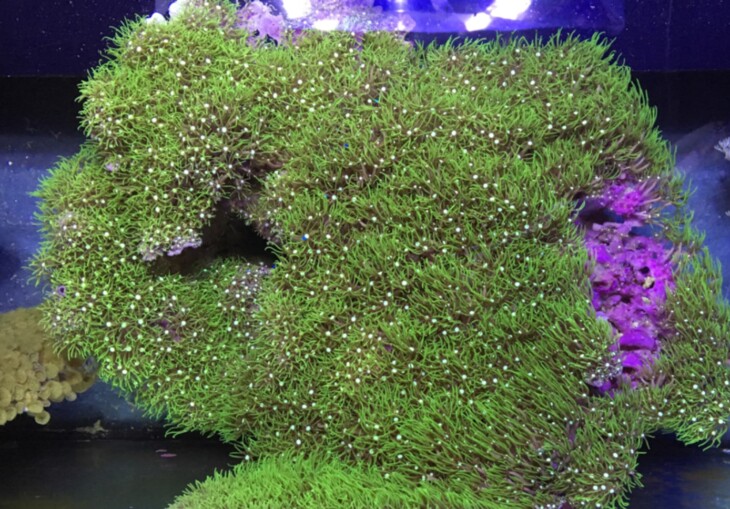 If you have a coral aquarium, it’s important to test the water for calcium levels every now and then. Calcium is crucial for the growth and development of the corals and if you want to keep their skeletons healthy and growing you need to maintain calcium levels in your tank high enough. Ideally, you’ll want to keep the calcium levels somewhere between 380 and 420 ppm for optimal coral health.

The bottom line is, if you have a well-established aquarium and everything seems to be in perfect order – you don’t have to test all that often. On the other hand, if you’ve just begun setting up a new aquarium or if you notice some problems, it is recommended that you test the waters as frequent as possible until everything’s sorted out.

Why Everyone Should Be Adding Boxing To Their Workout

9 Signs Your Furniture Should Be Professionally Cleaned