Drones are still some of the best tech toys in 2019 and the market is filled with amazing choices. It’s quite difficult to choose the right one with how much their characteristics can vary. It’s not necessary to spend a couple of hundred dollars to get the best one but you also don’t need to buy a cheap one that doesn’t have internal gyroscope stabilization either. 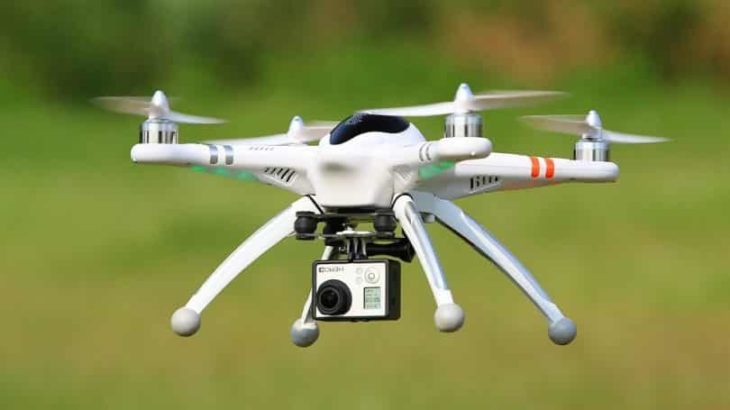 Walkera is well-known brand of drones. This drone they released was for professional usage. It’s quite similar to the White Phantom, they even did the same two orange stripes. Walkera has made a very fun drone to fly and is an excellent UAV for a beginner.

You can get it with a black and white radio controller unit with GPS. There is a full colour view screen near the top with two big antennas. It uses kernel processing tech. You can even do a turn back throttle to the middle position which will allow the aircraft to hover. This GPS control system is very stable and will make for a much easier flying experience.

You can control from up to 2 kilometres away with a 5.8g image transmitter.

It also has the ilook camera with HD 13 million pixels, and even a wide angle sport camera.

You can fly the Walkera for around 25 minutes thanks to its 5200 mAh lithium mattery. The range of flying is up to 3280 metres.

This basic Devo 10 setup has a camera but you can switch it for three other versions. The difference between the three is in the control and transmitter range. 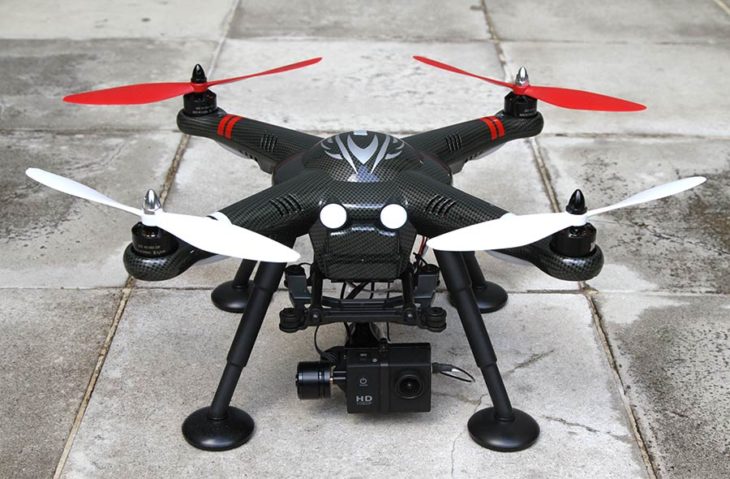 This drone is able to fly for a good 30 minutes and to a range of 1000 metres. It can go up to 5300 metres. It has a black X box with small dots on it, two white rotors and two red rotors. It has four lengthy legs that give the camera protection.

For $500 you won’t get the camera, for that you will have to pay more and choose either the A, B or C configuration.

The drone can use a mini camera though. It also has two high precision gyros to help with stabilization, which means it gives you smooth and stable footage.

It uses radar positioning and GPS.

It has a nifty little feature called return home which means if it goes out of range it will automaticlally land by itself.

You can set it to fly around in a circle around a set point. There’s also a super headless function which means any part of it can be the front. 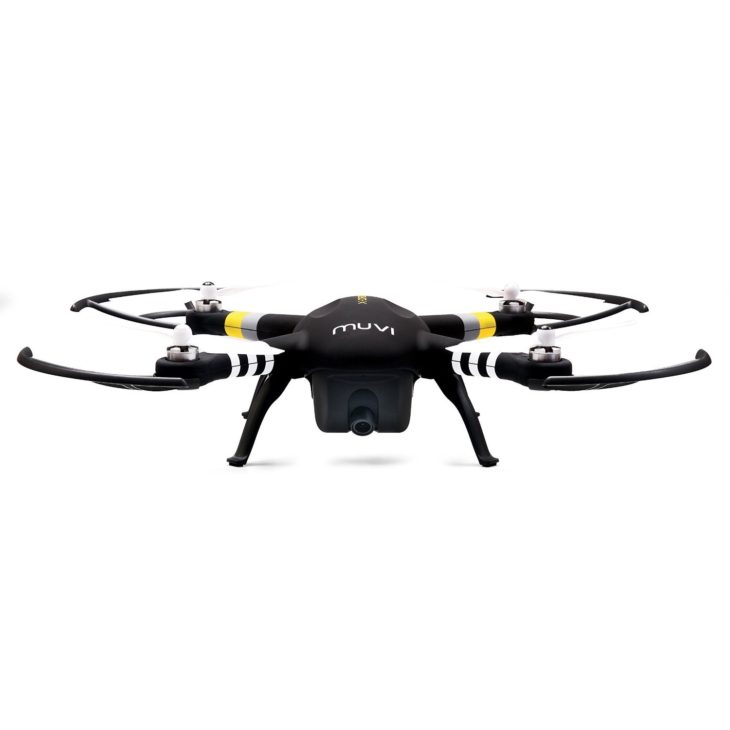 This drone isn’t exactly very popular on the market but it’s definitely worth giving a shot. As far as looks go it’s pretty unique, it has a black body with two forward black and white arms, and two black, yellow, and grey back arms. You can see the Muvi logo on the front. The camera is inside the body of the drone which gives it excellent protection.

When you get this drone you not only get the camera but also the controller. A lot of other drones make you pay extra for one of those things.

The setup of the drone is very fast and you will be able to fly it within minutes of getting it out of the box. The camera can record at 1080p and take 16 MP pictures. It is very stable which for an extremely smooth camera experience for both pros and amateurs.

It even has a live streaming feature which you can enable with your phone or tablet. Doesn’t matter whether it’s iOS or Android.

Considering you’re paying under $500 you get a lot of features like the “return home” feature which prevents damage to the drone if it goes out of rage.

In the box is the X-drone, a flight controller box, propellers, propeller guards, a smartphone range extender and smartphone mount, the X-Drone battery, a battery charger, a tool set, a screw set, a controller strap, and a user manual. 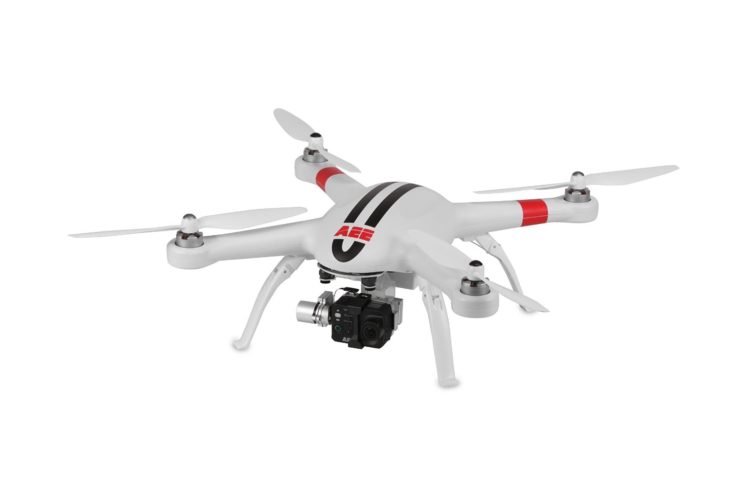 Just another amazing drone on this list, but this one has an excellent camera. It looks a bit like the Phantom drones since it has a white colour and is shiny and has one stripe over the back legs and the company logo on the body.

The camera this drone has is able to record video in 1080p in 60fps. It even has a 144 degree wide angle lens which makes for some incredible shots.

You can fly this drone up to a range of 500 meters for 25 minutes at a time. The altitude it can go up to is around 4000 meters and can go at a speed of 20 meters per second.

It comes with a controller In the box and also has an auto return feature which prevents damage to the drone. It also lands automatically if it detects the batter is low on power. You can fly it in two different modes a normal one and a GPS mode. 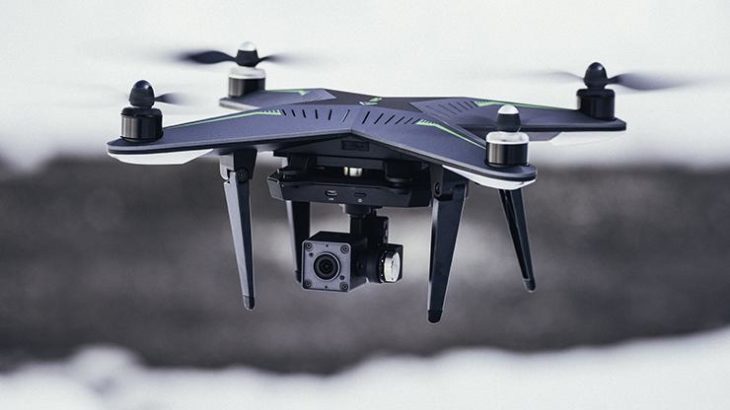 This drone is very special when it comes to design since it has a very futuristic look to it. It’s made of matte black composite material with narrow X design and large red and green LED lights. There is also a pattern of LED lights on the top of the quad, making it look a lot like a UFO. There are four protective curved legs for the quad to either land, or to protect the camera and gimbal that hangs from the underside.

It comes with a camera and amazing flight controls, which is great for beginner since that’s what most struggle with. But that just means that experience people will have a great time with its intuitive flight controls.

Some features this drone has are the Follow me and Cricle Me flight modes. You get a radio controller with WiFi and a special place to put your smartphone in with the drone in the box. 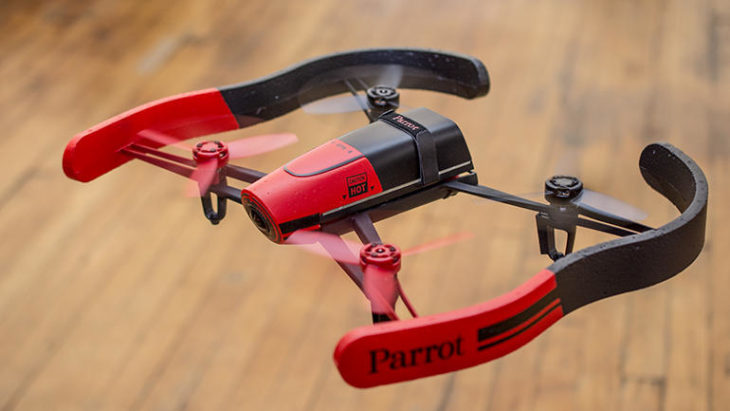 This is one of the two drones in this line. You can get it in two colourways, one being blue and black and the other black and red. The camera is built in which makes for great protection but it also means that you cannot remove it and you can’t use a gimbal. It records video in 1080p and takes 14 MP images, which is great for professional photographers.

This is a very good choice for beginners since the protection this drone has is superb, it is made of fiberglass-reinforced ABS materials. It’s great for both outside and indoors flying.

This drone doesn’t come with a controller so you can download the app to your phone and use it to control the drone, it’s free. But if you want more features you can pay a subscription.

If you accidentally let go of the controls the drone won’t fall down since it has a safety feature that prevents that, it would just start hovering. And there’s also a feature which makes it land by itself. 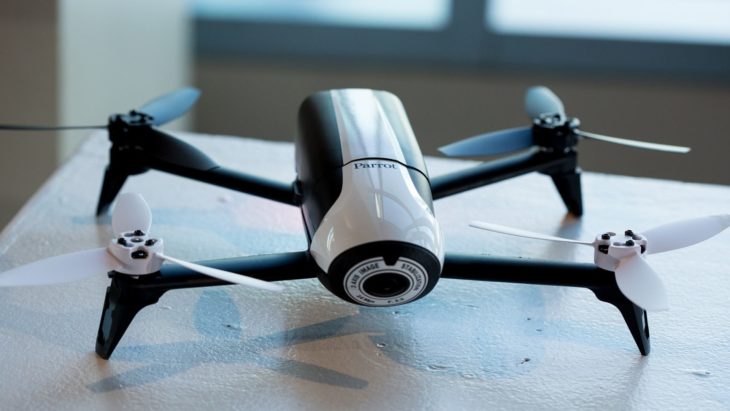 Source: Tech These Out

This one was released after the aforementioned Bebop and has some improvements over its predecessor. It can fly for around 25 minutes and up to a range of 2000 meters. The design has changed a bit and is a lot more light than the last one, this one being only 500 grams. This makes it very mobile and great to take on adventures.

It has the same camera that records in 1080p and takes 14 MP images.

The stability this drone provides is superb and is great for professional photographers. It has a wide angle lens which makes for amazing scenery images. You can even take vertical or horizontal 180 degree pictures and you can do all that while being on the move without losing any quality.

Not too many drones can fly well in rainy or windy weather by this one is made to push through that since it’s water-resistant and can go against winds that are up to 37.28 mph.

It can also fly at very high speed, that goe sup to 64.7 km/h and a third of that when going straight up, it reaches its top speed in 14 seconds.

Since the drone doesn’t come with a controller you will need to download the Freeflight Pro app, which is free. You get to use your touchscreen to fly this amazing drone. 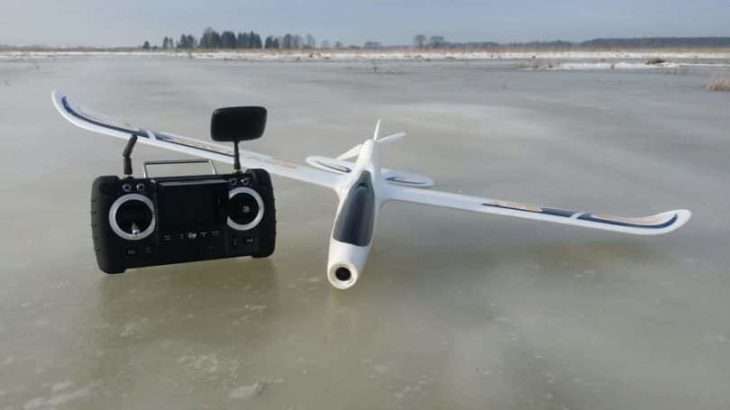 This done isn’t really a drone, it’s more of a plane really, since it’s a Spy Hawk RC plane and weighs only 360 grams. The design is very unique with its white colourway and a black cockpit with some black and orange graphics. The wing span is 100 cm and the length of it is 75 cm.

The “drone” comes with a camera which means it isn’t just a kid’s toy and even a radio controller with a full color screen for people who don’t like using their phone for flight controls. It can record in 1080p and take 12 MP images.

The transmitter works in four different channels and is 2.4GHz. It even has an autopilot feature which enables you to focus on recording or taking pictures. It has an auto return feature and a GPS flight control system. 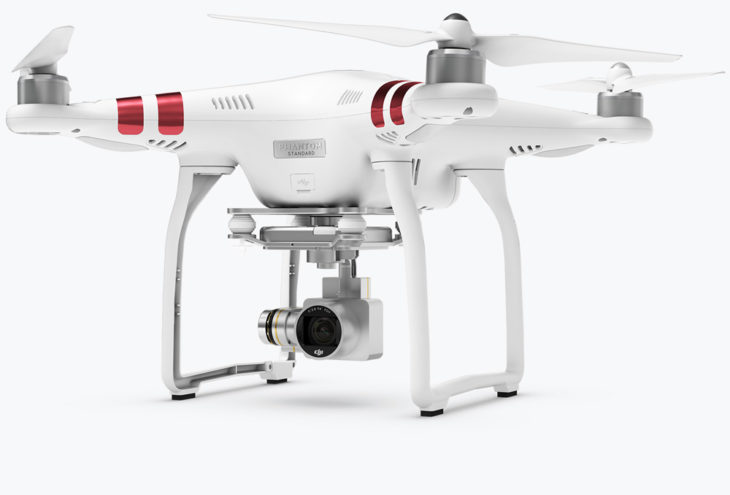 This is still one of the best drones out there and is still being promoted by its company DJI. It comes with a camera that’s attached to a gimbal and has a very distinct Phantom design with its white colorway and its metallic red stripes. It also get a radio controller in the box but you can also use your phone.

It features an auto flight assistant that also has an auto return home function. The GPS it has will record everything you do and make the drone adapt to it so it always knows the starting point of its flight.

The camera records in 1080p and takes 12 MP images. It makes for great and stable images and videos.

The flight controls are great, it’s very responsive and great for beginners. When you start it up it just hovers in the air and waits for your instructions.

You can also program it to stay within a certain distance. 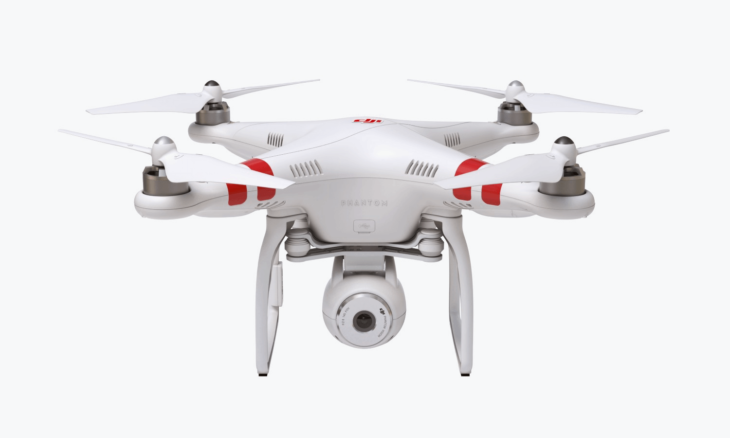 This drone isn’t being produced anymore but it still makes for an amazing drone experience. Just like other DJI drones it has a white colorway with two red stripes on each arm. It has two protective legs but it differs from the 1 and 2 in that this version actually has a circular camera. The camera is extremely stable and gives you great footage. The camera already has its own gimbal so you won’t have to pay extra to get one.

You can move the camera around while in the air with the app you use to control the drone. It can record video in 1080p in 60 fps and take 14MP images in JPEG or RAW formats.

This is a very lightweight drone even with the already built-in camera. If you want to fly the drone you have to use an app you can download onto your phone. It also has some nice features like a virtual radar aircraft locator so that you don’t lose your drone if it goes too far away, it’s available on both Android and iOS.

The range you can fly it in is 500 meters and can go up to a 15 meters per second speed but it is not recommended.

You can fly it for around 25 minutes at a time.

If you find the price of up to $500 too expensive, you can find drones which are even cheaper at Findthetop10 with a review for each.

Learn Why Michelle Obama and Beyonce Are America’s Power Couple

New Video Production Trends To Look For in...