The 11 Funniest Names In Football (Past & Present NFL)

by Wendy Stokes September 13, 2018
Table could not be displayed. A few weeks ago, I was watching the Packers- Seahawks game, when it sounded like the commentator referred to one of the Green Bay players as “Ha Ha Clinton-Dix.” All of a sudden, I was paying close attention because I thought I missed an inappropriate political joke. When the announcers continued to say it, I immediately Googled Ha Ha Clinton-Dix to find that he is, in fact, a Safety on the Packers. BEST. NAME. EVER. Now, whenever one of my friends sends me a funny text message, instead of replying “Ha Ha,” I send them a photo of my favorite new player. But he’s not the only man with an unfortunate moniker to grace the NFL. Here are 11 players, both past and present, whose names alone make watching football worthwhile.

2. John David Booty
Position: Former Quarterback, Houston Texans
I can imagine he was probably the “butt” of many jokes. Fun fact: John also has a brother who was also an NFL quarterback, Josh Booty … The Booty Brothers.

3. Richie Incognito
Position: Guard, Free Agent
He’s actually a professional jackass (named NFL’s “Dirtiest Player” and suspended for bullying a teammate) who is “incognito” as a football player. Side note: I met him, hung out with him and DOUCHE ALARM. Scroll down for photographic evidence. #SorryNotSorry

4. Fair Hooker
Position: Former Wide Receiver, Cleveland Browns
A Fair Hooker is the best kind of hooker. I’d imagine they’re not trying to rip you off with a high service fee.

5. Danny Woodhead
Position: Running Back, San Diego Chargers
If only his name was Richard instead of Danny, we could call him Dick Woodhead. The jokes just write themselves. I’m sure he’s a really nice guy, though…

7. Dick Butkus
Position: Former Linebacker, Chicago Bears
In 2009, he was named the most fierce tackler of all-time, which makes total sense because he grew up with that name…

8. Guy Whimper
Position: Offensive Tackle, Pittsburgh Steelers
Despite his name which would imply he’s a bit of a wimp, I would not fuck with this man.

10. Ashton Youboty
Position: Cornerback, Free Agent
If you are in the NFL and you wear tight pants, you will watch yo booty.

11. Ben Gay
Position: Former Runningback, Cleveland Browns
He was said to be very hot and cold. 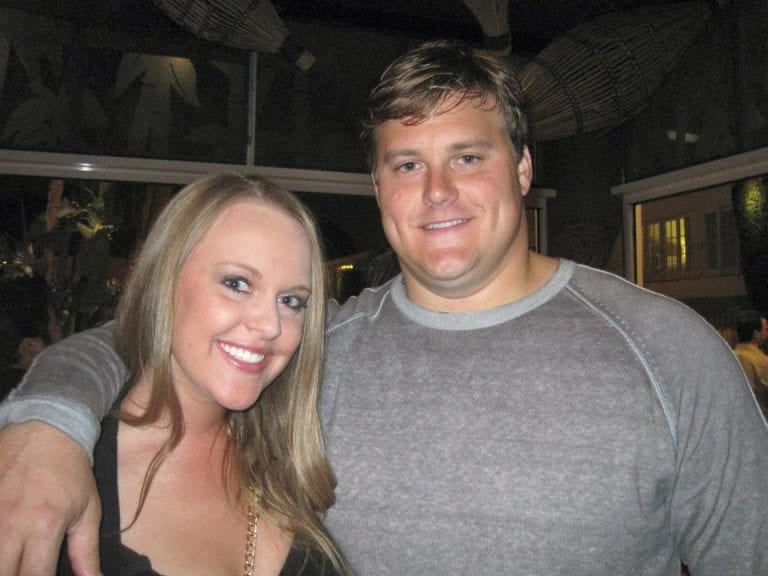 Me and Richie “Big Mean Bully” Incognito circa 2012.

The Top 10 Highest Rated Sex Positions Of All Time