What the hell is wrong with you people? Brad Pitt and Angelina Jolie are divorcing and all Twitter can do is post Jennifer Aniston memes in response? Uh, you’re damn straight that’s all people can do. Because it’s about fucking time. As a longtime, devoted member of Team Jen, scrolling through GIFs of eternally perky Aniston reveling in their loss is something I don’t want to admit I love, but I Can’t. Stop. Gloating. It’s also totally dumb to suggest that a grown-ass woman would be reveling in her ex’s pain. But c’mon, this is what social media is made for.

I’m sorry, I know the breakup of Hollywood’s golden couple is hurting some people. Pitt and Jolie were two lovers who were totally OK with sneaking around, leaving Aniston to the tabloid wolves, and running off to build their family and do charity work (and brag about it at every chance). It’s sad this power couple has irreconcilable differences. Jolie’s attorney, Robert Offer, said in a statement, that the “decision was made for the health of the family.” So either Pitt has some crazy substance issues (since she’s asking for sole custody and no spousal support) or he’s banging a nanny.

It’s not nice to gawk, but I have to say — this has been a long time coming for Team Jen, and everyone is well within their right to simultaneously be a little vindicated and make fun of Rachel Green all at the same time. This is what Tuesdays are made for. 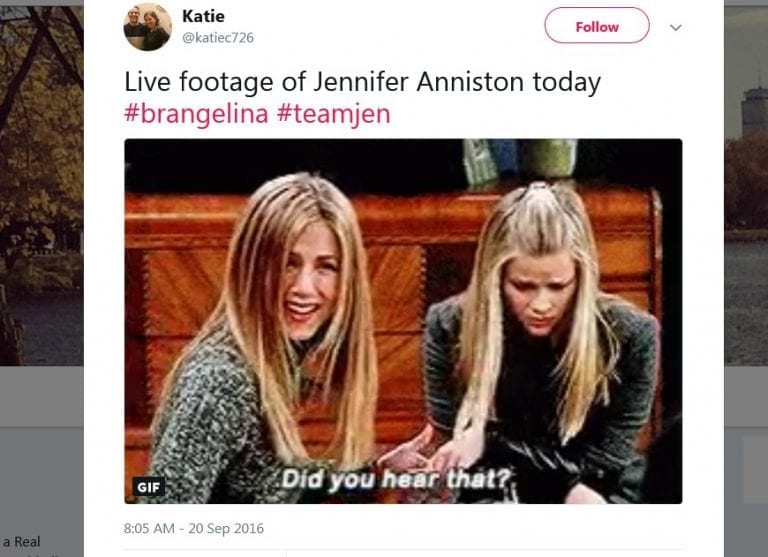 Angelina and Brad: we ask you to respect our privacy during this difficult time 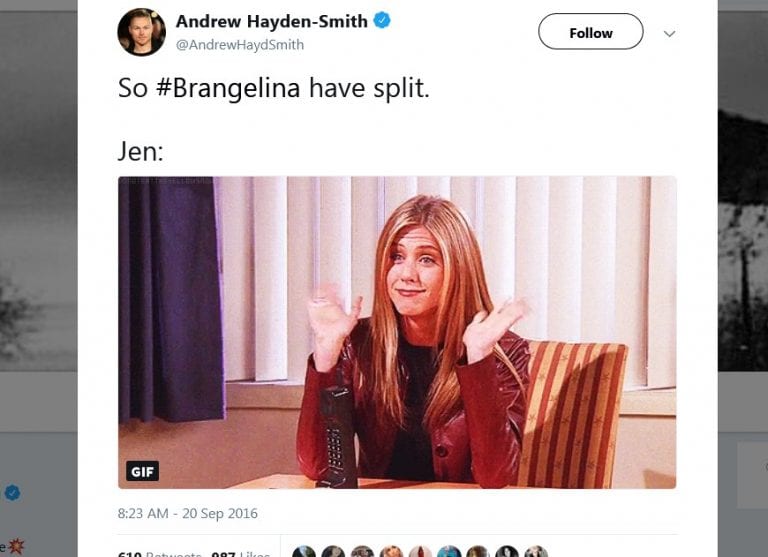 So #Brangelina have split.

Try to contain yourself 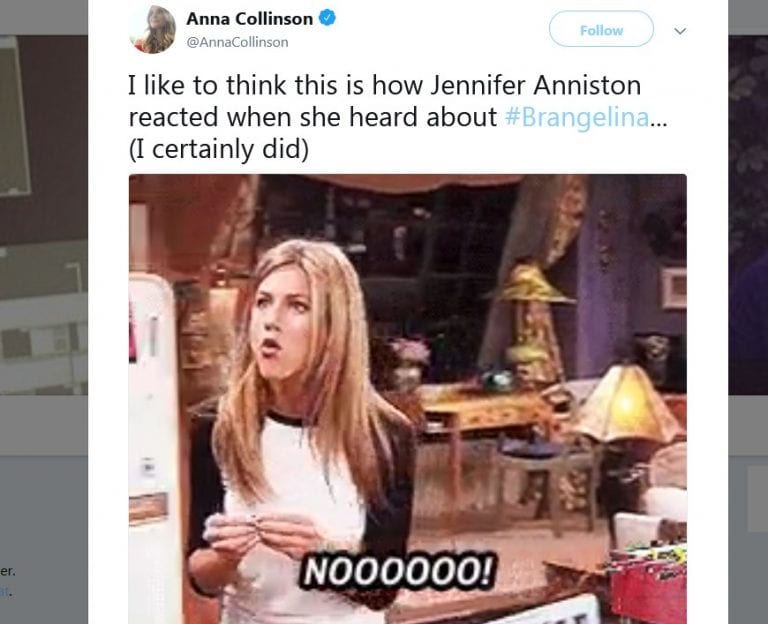 I like to think this is how Jennifer Anniston reacted when she heard about #Brangelina… (I certainly did) pic.twitter.com/26jC2iBkDf 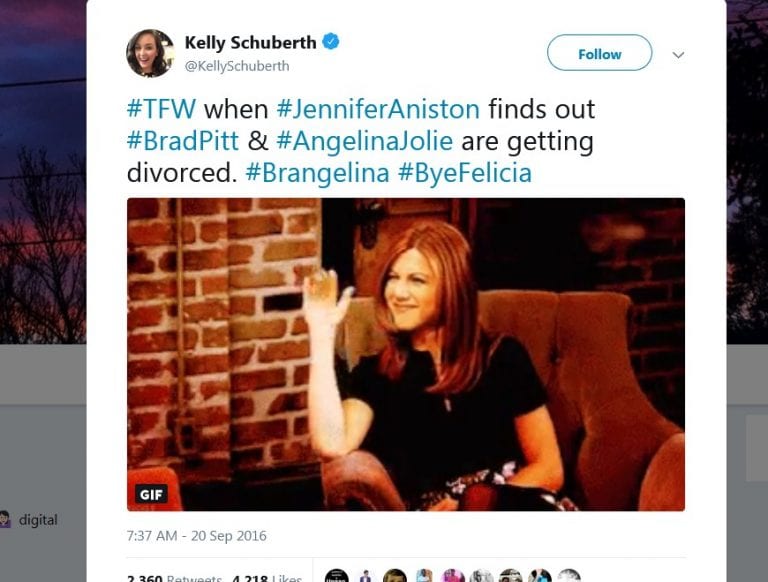 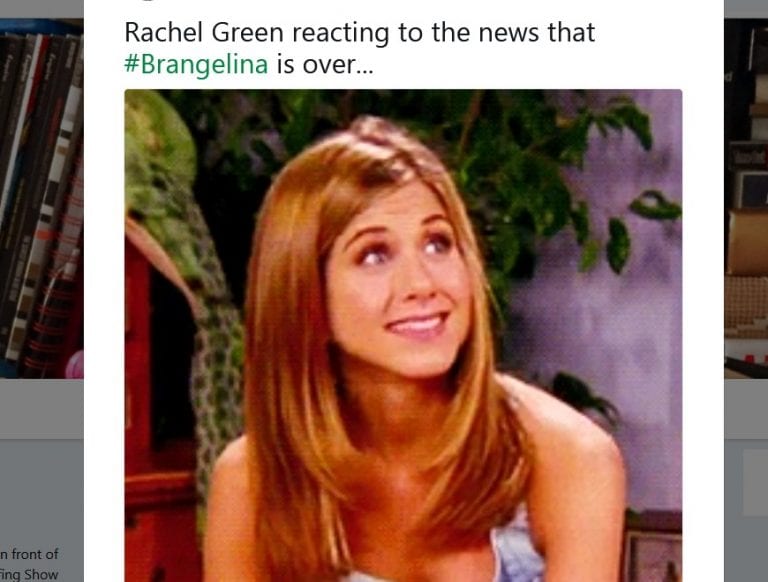 Rachel Green reacting to the news that #Brangelina is over… pic.twitter.com/h8XVBOYgNb

But it has to feel a little good

It’s really not about her

I mean, she put up with a lot way back when 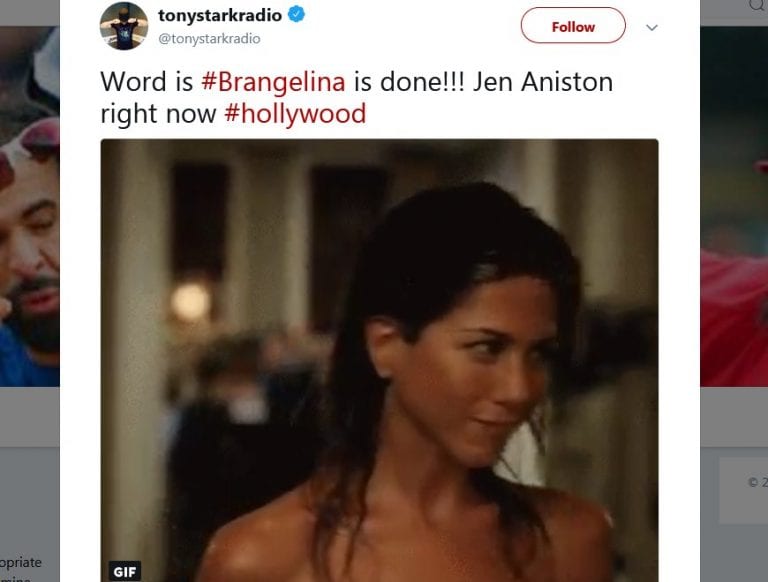 She can’t be that petty

She definitely deserves a few texts to friends 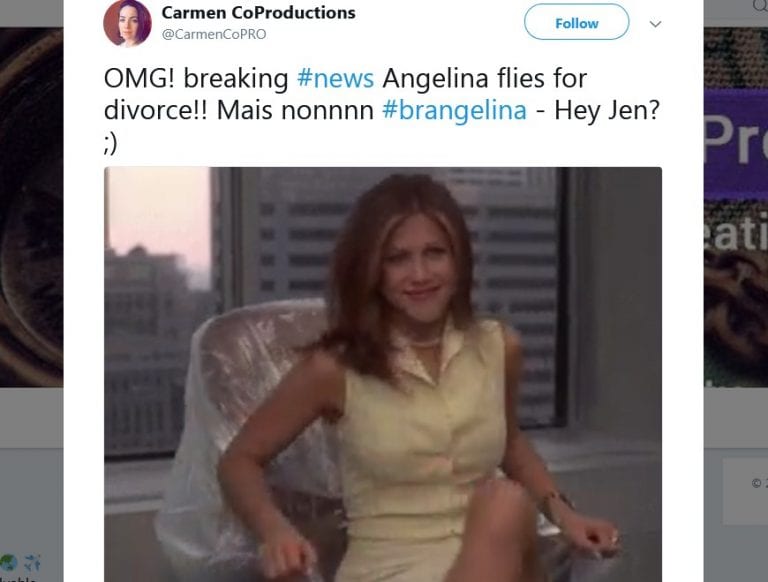 To everyone who said one love was better than another 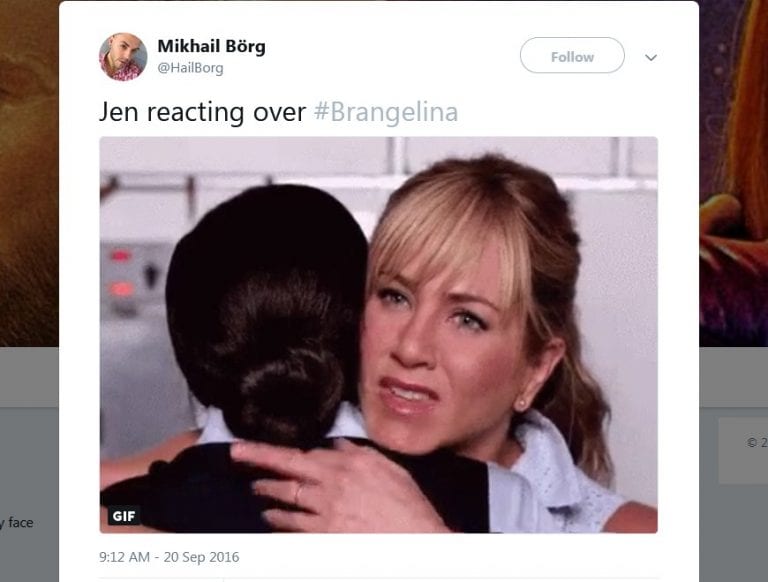 Really, though — Hollywood couples are all just BS

But we all know right now Jen’s just like… #brangelina pic.twitter.com/X8HpfN9IJv

It’s a little dumb to paint Aniston as a catty, bitter woman just loving all of this. But fans and the tabloid media have long been beating Jen up since her split from Pitt. It’s worth acknowledging that it has to feel at least a little something. She’s only human after all.

For Some, Breast Expansion Is The Thing