The 5 Types Of Girl Friends You Need, According To The Women Of “Game Of Thrones”

There are a lot of dudes populating Westeros, some dateable, but most shitty and conniving and rapey and awful. But whither the ladies? The world of “Game Of Thrones” runs on deception and intrigue, political machinations and the deep-seated need for revenge. The women that occupy this fictional space are as important, if not more so, than the men, and it’s about time we give them their due.

So, say you decide to pick up and move to Westeros, settling in a nice castle/hovel/base of a Weirwood tree. You’re going to need a friend for every situation. Let us help you. 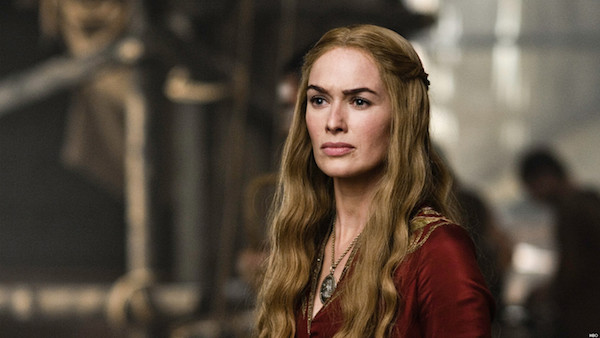 Cersei Lannister-Baratheon: Cersei is that new divorcee, fresh out of a hellish marriage, in full realization of the fact that she has agency over her own life. She’s also balls-to-the-wall crazy. Remember that one time, when she was fucking her brother in an empty castle tower, and Bran caught her, and then Jaime threw him out the window? Yeah. She’s like that. But, she’s got all the good gossip, and knows the best ways to exact the kind of revenge that would get a normal person locked up — without getting caught. 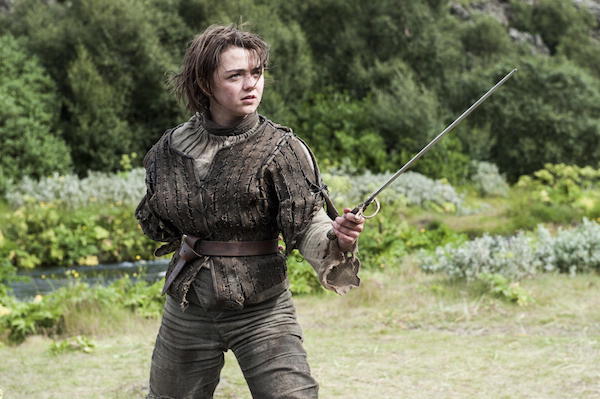 Arya Stark: Her dad was beheaded in front of her, she’s been on the lam for what seems like an entire decade, posing as a boy, and then spent a whole season as prisoner of the Hound. After he died, she bounced and got on a boat headed for the land of the free, Braavos, because really, fuck Westeros, what has it done but bring her grief and misery and strife. Anya’s clever, she’s good with a sword and her loyalty is strong.  The girl has a chant that she says to herself before bed about the people that she wants to kill. Like, that’s crazy, but she’s not entirely wrong either. Haven’t we all been there? Doesn’t every person have a list of people they hate, whose names they whisper to themselves like an incantation? Isn’t that what living is, sometimes?

Your Girl Gang For The Weekend Turn-Up: 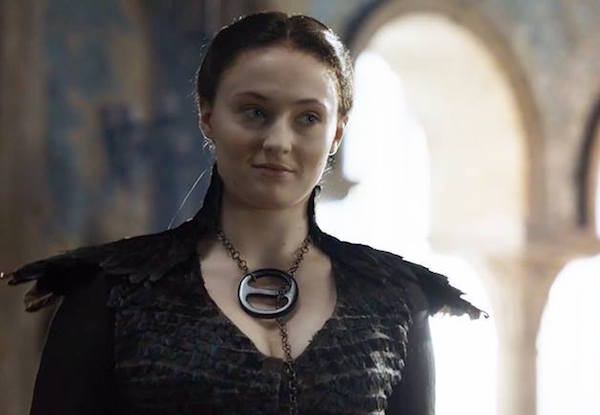 Sansa Stark: This is finally her time to shine, and you either have to be on her side or get the hell out of her way. She knows that Littlefinger is in her thrall, and she’s going to use it to her best advantage. You know that one friend you have that always manages to get free shit, wherever you go? That’s Sansa. Keep her around for your Friday night hangs, but don’t be stressed when you turn around at the club and she’s gone. She’s probably just handling some business. 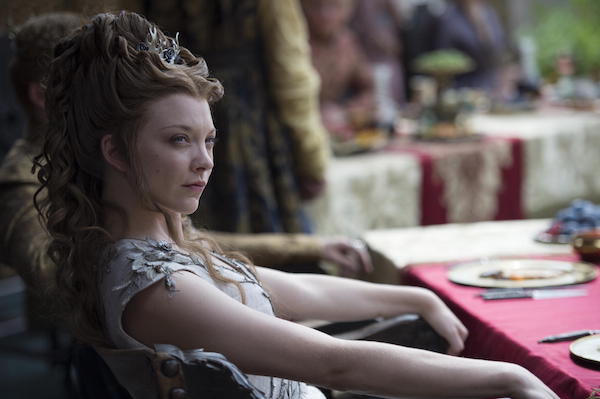 Margaery Tyrell: She deserves a very long vacation for putting up wtih Joffers for however long their horrid union was, but she also deserves a medal for killing him that one time at their wedding. Her grandma is awesome, her family looks fun, like they like cookouts and a slow but steady Cupid Shuffle executed after a bunch of cold beers under a bright Westeros sun. She’d be down to hang. 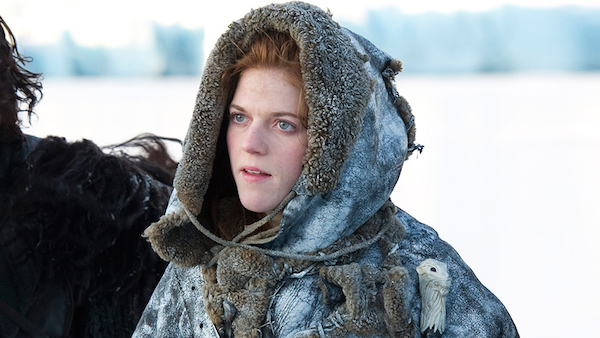 Ygritte: She’s really good with a bow and arrow, and seems to love nothing more than athletic lovemaking and running very quickly towards the biggest scrum. Call her on the days when you know you should get up and drag your carcass around the track for a couple of laps, but you really, really don’t want to. Make her shoot arrows at your feet, and make like you’re storming the Wall. 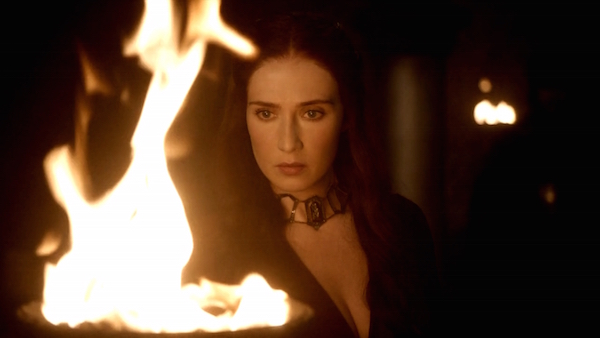 Melisandre: Your Sunday night ritual of restorative candlelit yoga will surely be enhanced by Melisandre’s cache of potions, tinctures and colored smoke bombs. She’ll practic reiki on you, and if you’re feeling especially under the weather, she’ll even pull a scary shadow thing out of her vagina to send to do your bidding. Fun!

Your College Friends Who You See For Brunch, Like, Once A Fiscal Quarter: 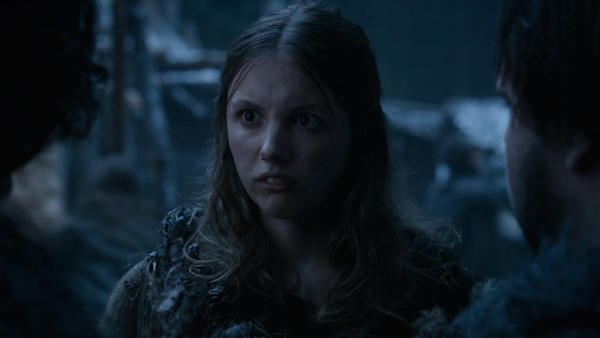 Gilly: The baby keeps her busy, as does her extensive weekly therapy to work through her PTSD of being Craster’s chattel for basically her entire life. Sometimes you babysit, so she and Sam can go on dates, which is nice of you. 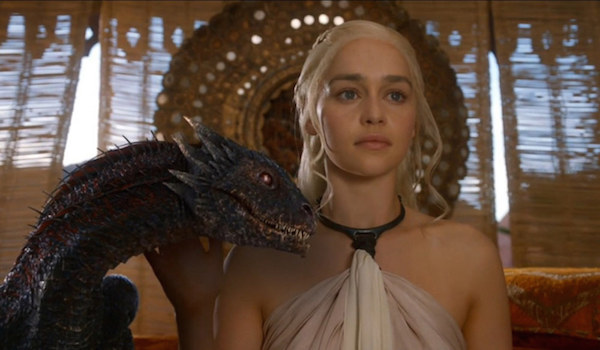 Daenerys Targareyn: She’s been living abroad basically forever, and she sends you weird, rambling text messages about dragons, which you think are a euphemism for all the foreign D she’s bagging, but you’re not quite sure.  Her braids increase in complexity with every visit home. You guys sit down for some yerba mate and steak tartare every time she’s in town, and it’s nice, but you know, you’re just not as close as you used to be.

The Ones Who Give The Best Advice: 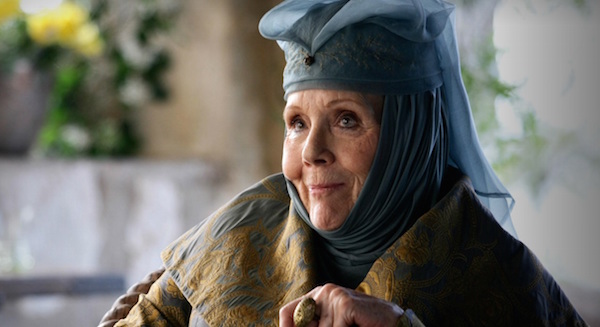 Lady Olenna: If you need any information on how to acquire poison or how to please a man, take a walk through the garden with Olenna, and she’ll hook it up. I’m also pretty sure that she knows where to get weed in Westeros, too, so stop by her table in the Red Keep and smoke a joint while working out your problems. 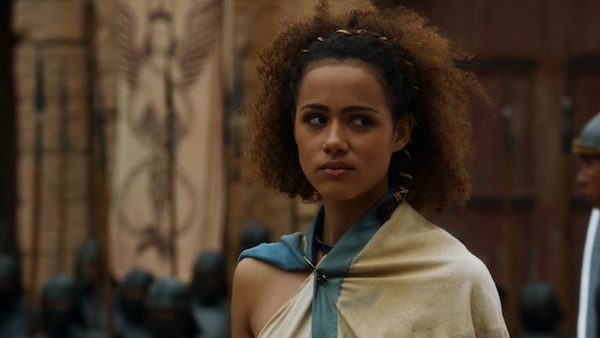 Misaandei: Look, all this girl has done is listen to Daenerys talk endlessly about dragons, world domination and freeing her people. She’s had to brush her hair and braid it and do up those weird robe/caftan hybrids that Dany is so fond of, so I bet she’s got the best advice in all of the Seven Kingdoms. Just be a good friend, and listen to her too! She’s already been a basket for all of Dany’s woes, so don’t make her be one for you, too. 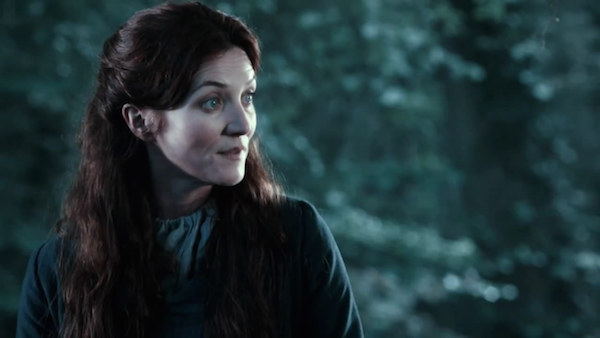 Catelyn Stark: Gone too soon. But, a good mother, a good listener, and someone who always had her kids’ best interests in mind, so shante, you stay, girl, even if it’s just in our hearts. 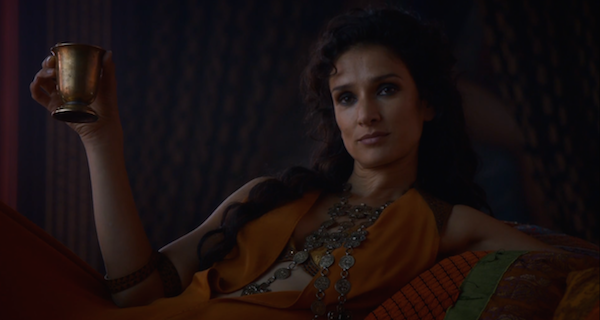 Ellaria Sand: Her lover was killed by a giant mountain of a man in front of her eyes, which sucks for anyone. She’s also hot-tempered and in extreme emotional duress. I can’t imagine she’d be down to hang, so just steer clear when you see her. She’s got other things on her mind and she’ll come to you when she’s ready, trust. 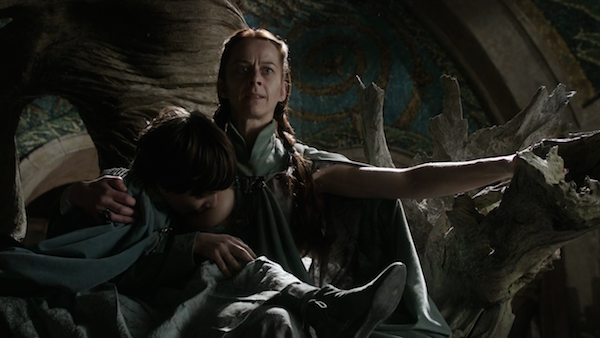 Lysa: You’ve tried telling her for years that she should not, under any circumstances, still be breastfeeding her gross, whiny little son, but did she listen to you? Nope. Also, something about the altitude in the Vale has made her crazy and, yes, I know she’s no longer with us, but man, she’s a loose cannon. You tried. Not your problem.

The 20 Hottest Sex Scenes From “Game Of Thrones”