The Basic Guide to Investing in Bitcoins

If you are reading this, then you have most likely heard about Bitcoin or blockchain technology and all the potential it has for future development. Bitcoin is a cryptocurrency and is the most popular cryptocurrency on the market.

The blockchain is a revolutionary technology with lots of potential industry fields of applications such as smart contracts, insurance, medical health care, cryptocurrencies and more. But what does this mean exactly? A ledger is a database technology used for recording transaction history. It’s a way of knowing who has given what to whom, and who has received and owns that. Unlike most ledger technology, blockchain is a decentralized ledger technology, as opposed to the rest being centralized and controlled by a bank.

Miners mine the blocks on which the transaction data is stored on, and once the block is mined, it adds that block to the blockchain rendering the data permanently.

Now that we somewhat understood what the blockchain is, it’s time to get to know better how to invest in the engine of the blockchain, Bitcoin.

How to invest in Bitcoin?

In order to invest in Bitcoin, you will need two things, an exchange platform from where you can buy Bitcoin, and a wallet to store it.

Exchange platforms are websites where you can register and buy/sell cryptocurrencies. Some countries have an official Bitcoin exchange, and some don’t. If you are in the USA than CoinBase, Kraken and Gemini are some of the few exchanges. For the UK and Europe CEX is a great platform, for Russia Yonit, and for India BitBNS and Koinex. Of course, you can register on any of these platforms regardless of where you’re from. 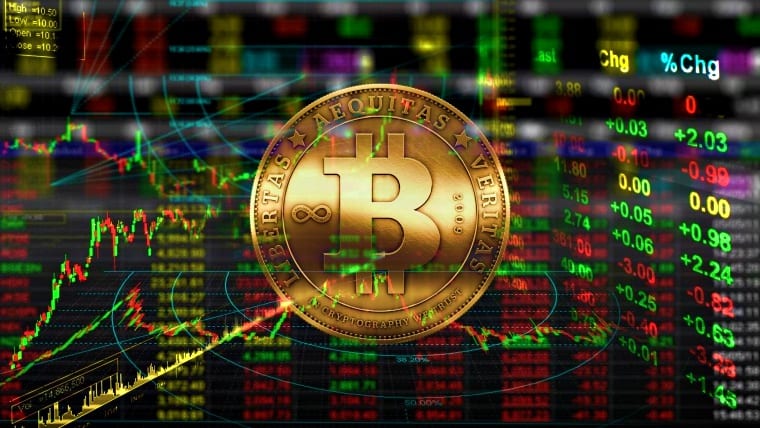 The problem lies with countries who have no official Bitcoin exchange, as most of the time these countries have strict rules against Bitcoin and cryptocurrencies. For instance, crypto in Switzerland is legal and accepted as payment options but regulated by the Swiss Federal Tax Administration.

In that case, you can buy Bitcoins directly from someone who sells thanks to different methods such as PayPal, Payoneer, Payza or you can pay them in cash which is risky but still works.

Types of wallets to store your Bitcoin

Now that you’ve registered on an exchange and bought your first Bitcoin, it’s time to store them in a wallet. Most of the cases, the exchange where you buy the Bitcoins can act as your wallet, but this is not preferable as exchanges are quite secure but are prone to hacker attacks. Hackers will try to scam you into transferring your Bitcoins to their wallet. So be careful when looking for a wallet.

There are a number of wallets available for you to chose and store your Bitcoins, they can be:

– Desktop wallets that come as software

– Hardware wallets (the preferred and most secure way of storing Bitcoins)

-A paper wallet (also effective but very complicated for setting up)

A couple of things to remember before you start investing is that you and only you should have access to your Bitcoins, try to avoid phishing sites and dodgy websites because they will try to take your Bitcoins. Invest smart, only buy from exchanges, and remember that you are INVESTING in Bitcoin so don’t panic and sell everything you own if the price drops a little.

Where is Ivana Trump today?