‘The Book of Mormon’ – A Musical That Never Gets Old, Even After A Decade

After a Decade of productions and 2 US Tours, the winner of 9 Tony awards, including the best music, is still as peppy as ever. Written and poised by Trey Parker, Robert Lopez, and Matt Stone, the story is still as relatable as it was in 2011. Director Trey Parker and Co-Director Casey Nicholaw, who is also its choreographer, have done the job well to keep it alive.

Today we are discussing what makes it so splendid and how it maintains its standards so far. Let’s start with what’s the secret behind all that splendor.

The Secret to Its Never-Ending Splendor

Much of the musical’s freshness comes from the fact that it’s a classic. The other reason, it’s relatable even today. In one sense, it’s a wonderfully hysterical satire on the Church of Jesus Christ of Latter-Day Saints. On the other hand, it is a delightful representative of people of Uganda, their lives fighting miseries and hardships i.e., famine, warlords, and AIDS. The best part is, this all is presented with lively dance and stimulating songs.

The show has its clever ways to throw criticism, which aren’t offensive. It had the guts to take on the religious values in the first place. The Book of Mormon musical has the stamina to please, and it has proved it over the years. Get you’re The Book of Mormon musical tickets and believe me every single time you leave the theater with something to talk about, in a good sense. 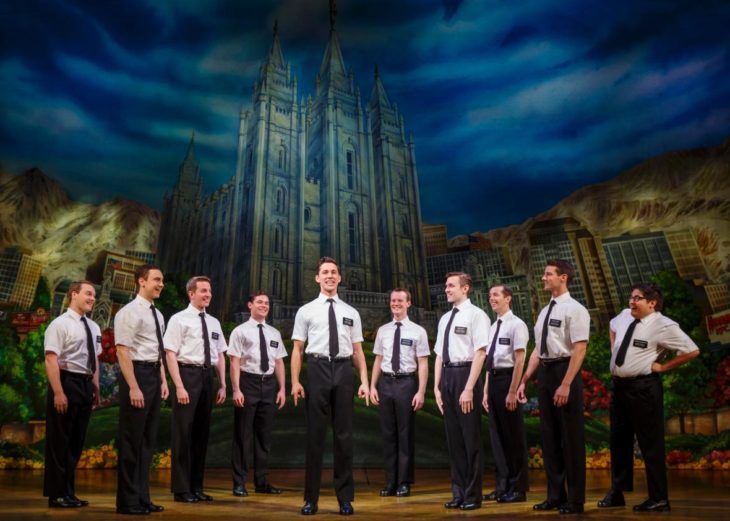 The Book of Mormon Plot

The Book of Mormon tells the story of two missionaries on an assignment to Uganda. Elder Price, a perfect young man, teamed with the foolish and insecure Elder Cunningham. Elder Price always dreamed of Orlando; much to his dismay, they were sent to Uganda. Once there, they realize the people we’re surrounded by many severe anguishes to care about religion.

The story still got the elements to make you watch carefully and occasionally laugh out loud — an odd couple of missionaries and people who are deprived of bare necessities. Preaching and converting them is a hard challenge. It’s a show about faith, companionship, distress, and shared mortality.

How Has It Aged?

The show is still side-splittingly funny. I’ve seen the audience with a glint in their eyes, holding their soft chuckles. There is a general air of kindness in the theater when The Book of Mormons Musical is playing. Especially one of its great scene-setting songs, “Hello”. It still brings the house down even after ten years.

It was not always liked though in 2011 when it first came to stage, a few critics thought it was offensive and hideously racist. There might be some in Mormons who find it like that, but not many. Then the show’s success skyrocketed, and now it has earned many critical acclaims.

The show is sympathetic to Mormons. Showing care for the rural areas and through mockery, they seemingly arose open-handedness of the inner self. While Uganda’s are shown ridiculously stupid. Like in one of the scenes Nabulungi (and mind you, she is the most intelligent out of all Ugandans) thinks texting means typing on a broken typewriter. Ugandans could have sued them for this, and they wouldn’t be criticized for it. However, we are glad they didn’t because we want to see more of the awesomeness in all its grandeur.

The show still got so much to give other than its snarky and criticism-lased dialogues. A few of that is its exceptionally talented cast of young actors. There seems to be a never-ending line of young and talented people who can deliver the songs on how it should be. Some understudies will blow you away with their untainted, most musical performances you ever heard. So make sure to buy The Book Of Mormon Tickets and get there whenever you get the chance. 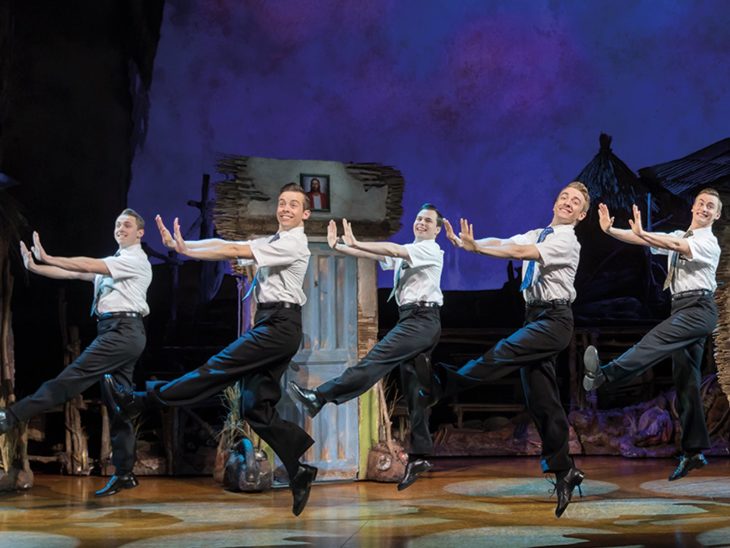 What Do The Critics Say?

Despite some unapproving eyes, The Book of Mormon struck the cords of many hearts. There a list of people who loved seeing the theater show and appraised it in their way. Here are some comments from critics to give you the idea of its critical acclamation:

Given the verbal attack, there might be many people who are uncomfortable with the humor of the show. Yet some loved it and found it “very, VERY funny” as titled by OnStage Blog. Just like this, The Guardian called it a “visionary musical masterpiece”. There’s more; Entertainment Weekly dubbed it as “the best musical of this century”.

Some think its offensive, and then those who liked it just way it is. Just like David Cote from The Guardian, who described it as: “Indecently entertaining”. One thing for sure, you are not wasting your time going to see this extraordinarily mocking but charming show. Maybe that’s the reason BBC Radio 5 calls it, “the best two hours of your life.”

Totally contradicting some of the brash comments, The Book of Mormon was liked by all. As The Independent said so, the show is undoubted “a massive hit”. Coming to the part, how much of it is funny? You can judge by the Vanity Fair’s James Wolcott comment: “I’ve never heard such roof-shaking laughter”. Or as the Entertainment Weekly says it, “the funniest musical of all time”.

Where Is It Playing Now and How to Get Tickets

After reading so much and all things great about the show it is enviable you would want to watch it. For your information, we have found a way to snag some tickets at really cost-effective prices. Though the cost is not much at first hand, it could be further lessened by using the coupon code.

The Book of Mormon is currently playing at the Eugene O’Neill Theatre. It’s a 2-hour show with one intermission. So you shouldn’t waste any more time and visit Tickets4muscial to get The Book of Mormon Tickets. You can find seats according to your preference and watch the performance in full delight.