The End Zone: Guys, Stop Mansplaining Football To Me

If you ask a woman what the worst part of being a female football fan is, they’ll most likely not love that you’ve segregated them into the boat of “female football fan,” but even that’s a close second to having an ostensibly well-intentioned male football fan mansplain the game to you. Just because I mused out loud the merits of starting Carson Palmer over Eli Manning at QB2 in my PPR league doesn’t mean that I need to be walked through the merits of running it down the middle on 4th and 8 (which, as an aside, if you think running it down the middle on 4th and 8th is a viable strategy, you, friend, are in no position to lecture me about football). Some of the worst offenses? 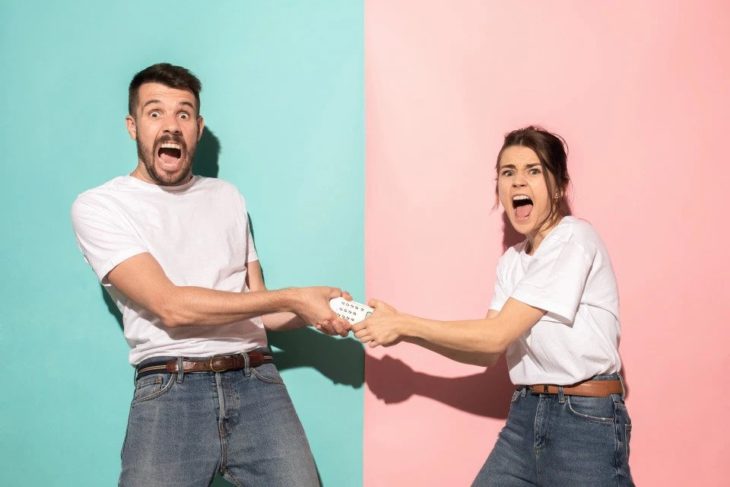 Mansplainer Says: “Come watch the game, I’ll teach you about it.”

I Hear: “My best move to get in your pants is by being condescending and infantilizing, neither of which is a good look but I’ll run with it anyways.”

Mansplainer Says: “Did you see that play?”

I Hear: “I have no faith in your ability to be riveted by this game if I don’t tap you on the shoulder every five minutes to point out the play you were already watching anyways.”

Mansplainer Says: “Do you want me to look over your fantasy lineup?”

I Hear: “Even though you had the foresight to draft Arian Foster over LeSean McCoy in the first, I still don’t think you know the intricacies of trading bench players who literally will never once make your starting lineup.”

I Hear: “I’m a competitive jerk who probably didn’t win a lot of bar trivia in college.”

Mansplainer Says: “Do you get why they just ran that play?”

I Hear: “You must have permanently gone not only blind, but also deaf to sideline commentary, because there could be no other way you’d be able to logically deduce what just took place on the field without my help. Also, I’m probably wrong, but I’ll say it confidently enough that you’ll believe me.”

Mansplainer Says: “So, really, who got you into football?”

I Hear: “There’s no possible way that you could have started enjoying this masculine, chest-beating sport without someone hoodwinking you into watching it, despite any sort of free will you may have cared to demonstrate.”

Mansplainer Says: “It’s cute how much you think you know about football!”

I Hear: “I have a death wish that involves you lodging your foot as far up my butt as possible, and getting reaaaaaaaal comfortable.”

Mansplainer Says: “Have you ever even played football?”

I Hear: “Even though there’s no way in the world I could take a 275+ pound linebacker coming at me without crapping my pants, your love of the game has no validity unless you’ve put yourself directly in the line of barrel-chested fire.”

Mansplainer Says: “Do you even remember [insert classic game]?”

I Hear: “You invented a love of football solely to impress me, so if I quiz you on obscure games, I’ll expose your devious plot!”

Mansplainer Says: “Wow, you really seem to know a lot about football, huh?”

I Hear: “You know more than football about I do, and I no longer have any idea how to compensate.”

4 Morning Rituals That Will Change Your Life

5 Most Popular Sports to Bet On in...