The Gift that keeps on giving: VideoProc Review

Film-making is not an easy task. There are so many aspects to it that it can make anyone go mad. You’ve to make sure that your audio is on point, and that there are no interfering background noises. You’ve to get all the shots properly and make sure that none of them are shaky. And then you’ve to put it all together and make it all presentable.

Sounds like quite a task doesn’t it? Well, what if we told you that there is a Video Stabilization software available on the market today that allows you to pretty much handle everything mentioned above and more?

The software in question is called VideoProc and it is essentially complete video editing and processing package that allows users to handle everything we mentioned above and more. Let’s actually take a deeper a look at all the features of VideoProc. 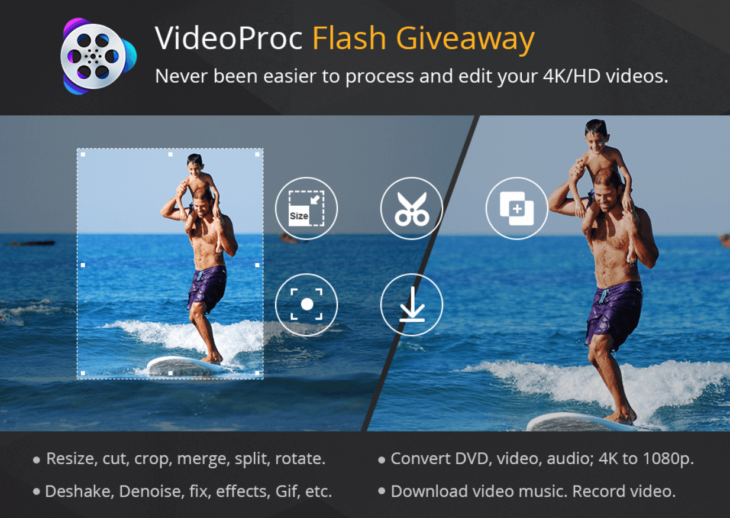 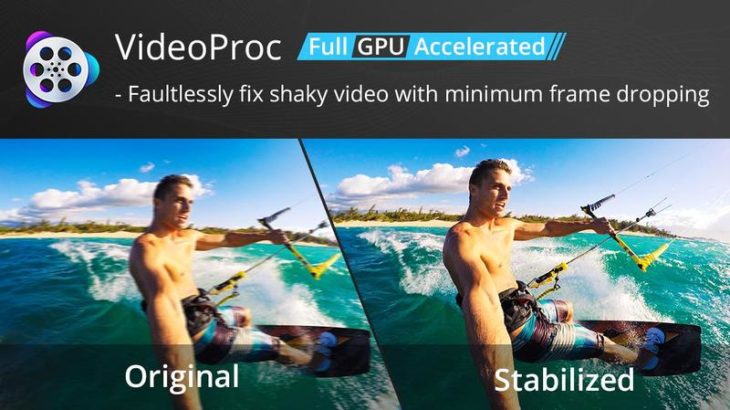 No one likes shaky videos. Neither creators, nor viewers. The work looks extremely shabby and unprofessional and you never want that. But there come in certain scenarios wherein you cannot avoid the shot coming in all shaky. It could be a bike riding video that you’ve recorded on your GoPro or a mountain climbing video or anything on the same lines. Some parts of the video/all of it might turn out shaky and VideoProc allows users to completely stabilise shaky videos and make them usable all over again. Regardless of the quality of your video file, VideoProc will give you a completely stable and usable end product, which is quite brilliant when you think of it.

Witness some of the fastest processing seen in the industry

VideoProc allows users to process their videos by using GPU acceleration in addition to the CPU based processing that most other software use. This allows users to see results that are 47X faster than anything CPU based. Using their Level 3 Acceleration powered by Intel, AMD and NVidia users can see results that are pretty much on par with some of the fastest in the industry.

Access all the basic features of a video editing software 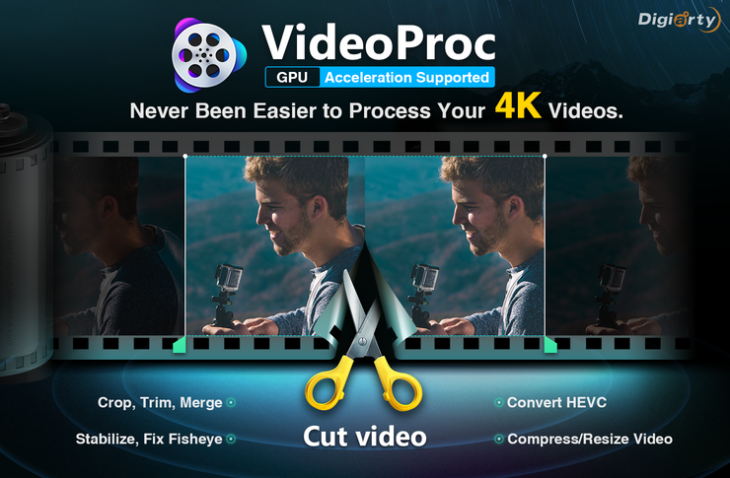 VideoProc is not just a video stabilization software. No sir, it has the power to go above and beyond and offer you so many other features that at least our heads were blown off. With VideoProc you also get a whole host of basic editing features like cut, crop, merge and rotate that allows you to quickly chop and change things in your video file. Along with all this, you can also add subtitle files in the SRT format and also add in different filters and effects to your video to make it more visually appealing.

And work with a few advanced features

When we say advanced features we mean features that you would normally have you scratching your head if you were using any other video editor in the world. But with VideoProc these features are made so easy to use that basically anyone can get the job done. Creative vision though? You’re still gonna need that we’re afraid.

Now to enlist the “advanced” features, they have their front runner that is Video Stabilization, but alongside that, you can run a fisheye correction, remove any sort of background noise, adjust the a/v sync, change up the playback speed, convert video files into gifs and much much more. 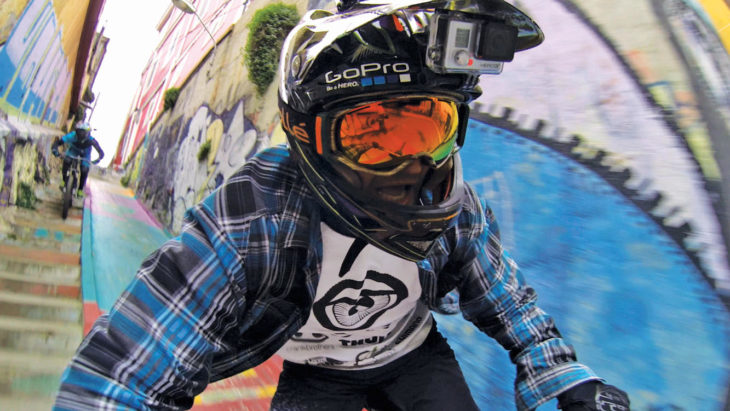 Additional to this VideoProc also allows users to convert video/audio files AND also doubles up as a video downloader that supports downloads from over 1000 websites.

The versatility of VideoProc is what is the main selling point here. You get so much in one bundle that you don’t have to go through the hassle of having to download 5 different softwares for different tasks.

Luckily for you, they’re running a giveaway and sweepstakes on their webpage where they’re giving users who click this link.

A free licensed copy of the software, alongside that you can also enter the sweepstakes for a chance to win a GoPro Hero 7 Black, 3 GoPro Hero 7 Silver and a DJI Osmo Action. Sign up quick! Sweepstakes end on the 4th of June!