The History, Meaning and Benefits of Mala Beads

In modern times, mala bracelets and necklaces have become increasingly popular. You can find them for sale online as well as at numerous yoga studios across the country. Mala beads are normally used during seated meditation or as jewelry or decorations. The beads are also often adorned on the necks, wrists, and altars of meditation devotees, as well as on top of yoga practitioners’ mats. These beads usually hold special significance for the owner based on why they selected the beads, where they got the beads and the energy that the beads resonate with the bearer. 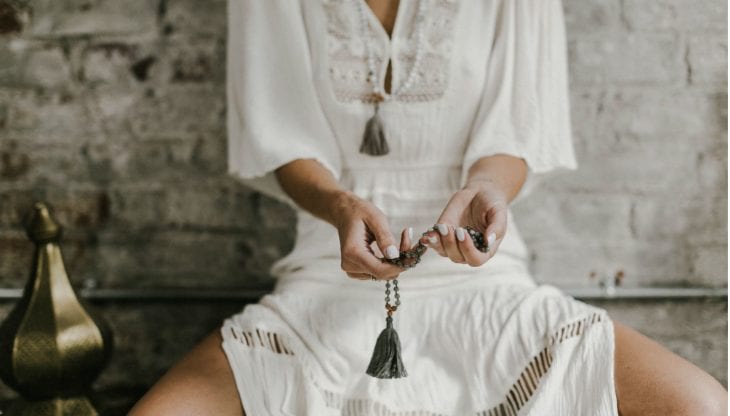 History and Meaning of Mala Beads

The practice of using mala beads for meditation or prayer has been around since the 8th century BC.  It is also believed that mala beads origins are in India, with the word “mala” meaning garland in Hindi. Historians also contend that mala beads preceded the Catholic rosary as well as other kinds of prayer beads.

The practice of crafting mala beads with 108 beads has been traced back to the ancient Vedic culture, whereby the practitioner held the belief that 108 was the number of existence. For instance, in Vedic culture there are 108 sacred texts (Vedic Upanishads), 108 sacred sites or points on the human body (marma points), and 108 energy lines converging at heart (chakra). Moreover, there are 108 sacred sites situated across the country of India, while it was believed that there are 108 gopis dancing in Vrindavan with the Hindu god Krishna. Figure 108 also holds some religious significance in Jewish culture, Islam, as well as other spiritual customs. Some Buddhists use the beads to count the repetition of sacred mantras hundreds or even thousands of times. These days you can buy mala beads bracelets and necklaces online for yourself or for your friend and loved ones. 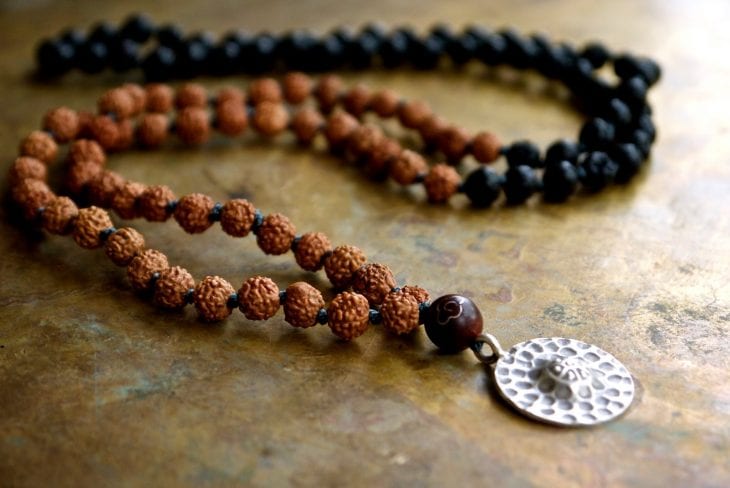 How Can Someone Benefit from Mala Beads?

There are several benefits of mala beads and the most common use for mala beads is to track a mantra meditation or a “japa”. The repetitive recitation of a few words or phrases can be both calming and remarkably transformative. Whether a person is chanting out loudly, whispering, or chanting silently, tracing the mala beads with their fingers can help to keep track of the mantra meditation.

Additionally, the other benefit of meditating with mala beads is that it helps in slowing down respiration and promoting well being. This is also true for rosary beads. Repetition of a mantra redirects the thoughts in your mind from the daily obsessions in life and introduces positive thought patterns. Similarly, meditation has been found to affect mood and the brain, and practitioners have reported feeling more relaxed, enhanced self-awareness, and better-focused attention. 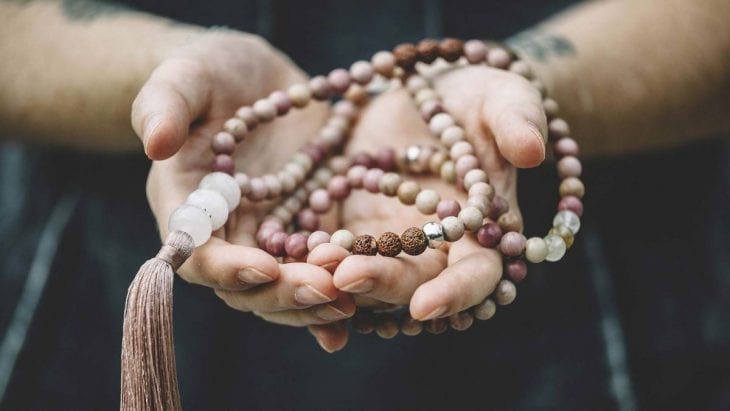 In summary, mala beads have a rich and long history that dates back to several centuries. The beads are commonly used in meditation and to track mantra recitations among various religious faiths. These beads can offer certain benefits like helping in meditation and feeling more relaxed and focused, and enhanced self-awareness.

Thinking of Buying a Barrie waterfront condo? Here Are 5 Things You Need to Know!

Living Life to the Fullest with a Chronic Illness

Energy Healing: What Do You Need To Know

7 Relaxing Ways to Improve Your Health