The history of the Hot Wheels collection is very unique. There are literally tens of millions of their small diecast cars in homes around the world today. NozlenToys.com outlines a timeline showing the steps Hot Wheels went through to become one of the most popular toy brands in the world today!

The Hot Wheels brand was created in the late ‘60s. The early custom models to the modern, high-speed cars, will always win the hearts of young children. The first-ever hot wheels cars hit the market in 1968. Mattel’s co-founder, Eliot Handler, came up with the idea to manufacture a line of die-cast toy cars for the young ones.

Eliot’s idea was to grab a share of the toy diecast market. At that time, the small car models market was dominated by Matchbox cars. At first, Mattel’s team of executives wasn’t for the idea, but with time, the team couldn’t resist the idea of a big success. First, Mattel launched 16 models, 11 of which were from Harry Bentley Bradley. Bradley was a designer of real cars, and his first design of hot wheels cars was a dark blue custom Camaro. 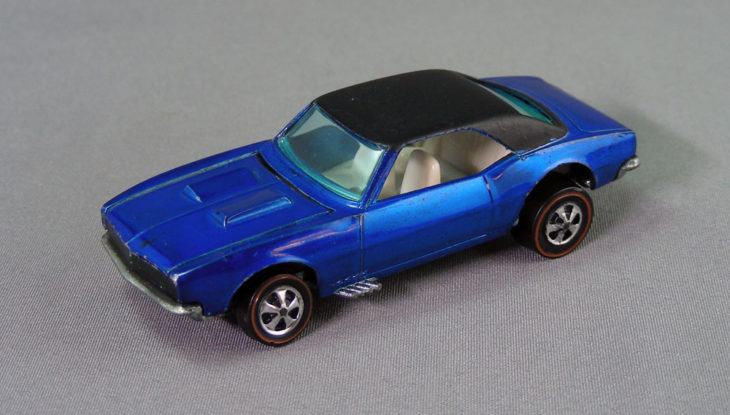 The 16 unique Hot Wheels cars were given unique names such as “Hot Heap” and “Python”. Apart from the classy names, the models adopted the designs of the popular cars in this time period, raised rear wheels and a lowered front being a common trend. This was the first time in history a toy car tried to imitate a real car.

Within the next year, Mattel’s sales had gone up, ten times past their anticipation. The sudden rise in sales lead to the company’s increase in production to 40 different Hot Wheels models. In the early ‘70s, Eliot and his team released 33 more models. However, this was the last time that Hot Wheels cars were made in the US. In 1971, Mattel produced 35 more car models. In 1973, Mattel launched models that are now known as highly collectible because they were discontinued because of low sales.

In 1975, Mattel and his team opted to produce motorcycles. These motorcycles had outstanding color schemes, super chromes, and other amazing features. Unfortunately, the bikes weren’t re-released until 1997. Later on, they became hot ticket collector items.

In the early ‘80s, Hot Wheels hit the market again with a bang. One of the first places Mattel started distributing its diecast cars was in McDonald’s locations. The kids went wild about these cars, this lead to Mattel launching the ‘Ultra Hots’ in 1984. Eliot claimed that this model was the fastest among all the boy’s toys ever made to gain traction. The model included two collector models that were never sold in the USA.

In the late ‘80s, Mattel produced fantasy vehicles and fantastic military cars. During this time period the company had its first-ever convention held in Ohio. Eliot’s team started selling gold and silver cars to attract an adult’s attention. In addition, the company began producing garages to hold the vehicles sold.

In 1990, Eliot’s company collaborated with a network television show, The Simpsons, to release a line of unique cars based on the show’s plot. In the ‘90s, Mattel also released their first Hot Wheels helicopter. In 2003, Mattel made it to the screens after Eliot in collaboration with Columbia Pictures produced a Hot Wheels movie.

Now and then, Mattel has continued to release various limited models such as the ‘Purple passion’ car. This specific car was exceptional and was in a very high demand and nearly impossible to find for almost nine months. However, hot pink has remained the most challenging color to find because it’s referred to as a girl’s color. Today, its common to see a Hot Wheels car with some pink in it being a bit pricey compared to other colors.

Today, Mattel has continued to surprise children with more and more lines of car models. Even with the retirement of their chief designer, Larry Wood, the company has remained successful. Larry continues to serve as a consultant for the company.

Study: Being At Home Is More Stressful Than Being At Work