The Long Interesting History Of Woodwork: Art In The Making

Through the years, the woodwork has always been a significant part of our everyday lives. It turns out woodwork is part of our history, too.

We have always been using woodworks every day – from waking up in the morning on the wooden bed with carved headboards, to sipping coffee on the carved eating table during breakfast, to sitting on the dark wooden cushioned chair in the office at work, and right back to sleep on the wooden bed. We use woodworks every single day, but have we ever wondered who made the first-ever woodwork, where it came from, or when it first appeared on this planet? It’s easy just to wonder, but to actually dig deep down to history? That would be another boring story, you’d probably mutter. Sure enough, the history of the woodwork is long. It may be long, but it never is and never will be boring.

For the love of art and woodwork, read this very long, yet very interesting woodwork history. This is an art in the making. You’d never want to miss this. 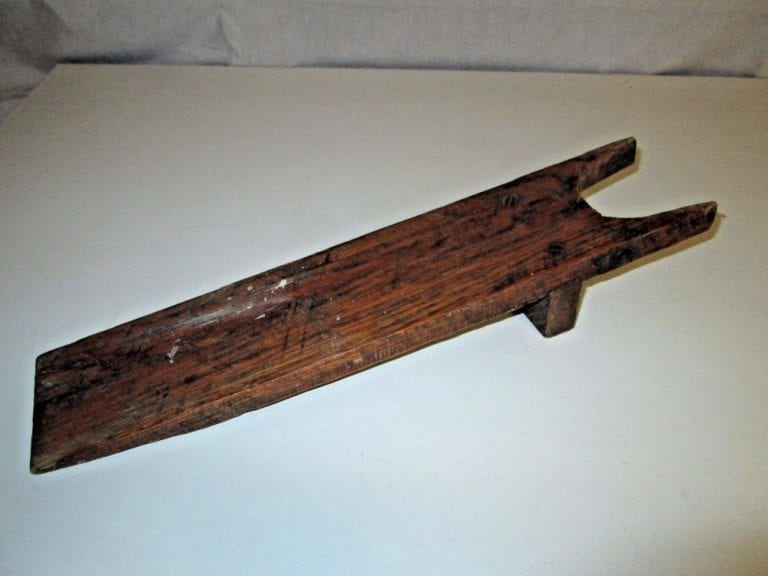 Amazing how people are able to trace back woodwork’s history to the primitive era, right? All hail to the great historians.

Ancient tribes in the primitive era originally created woodworks for utilitarian purposes. Most of the earliest woodcrafts were for survival such as tools for building homes and hunting for food. In fact, archaeologists discovered digging sticks and wooden clubs in the border of Zambia and Tanzania.

Most of the earliest woodworks were utilized by Egyptian, Chinese civilizations, etc.

Egyptians are generally known to be great in preserving history, and they never failed to do so with woodworks’ history. Around 2000 BC, Ancient Egyptians began to use wood for more than mere survival, creating beds, chests, chairs, tables, and many other items. Most of the early forms of woodworks were preserved and discovered in Egyptian burial places. Ancient Egyptians were discovered to have invented the method of veneering, the process gluing veneer – a thin sheet of wood – together to produce flat panels. The earliest forms of veneered crafts were found 5000 years ago in the Semerkhet tomb. The veneering woodcrafts were used to identify the tombs of late pharaohs.

According to scholars, Egyptians first discovered the art of varnishing woodworks. Their woodworks were all polished with finishing and secured with a protective sealant for preservation. However, the kind of finishing used still remains unknown. 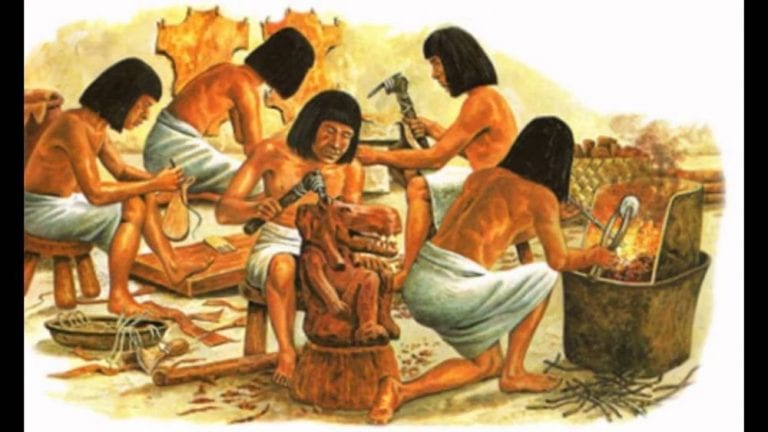 The oldest piece of plywood was also found in Egypt. Egyptologists found such historic material on a third-dynasty coffin. The material has six layers of 4 mm thick wood bound together with wooden pegs.

Ancient Egyptians used various kinds of wood to build woodcrafts like furniture and other objects. The wood primarily used was native Egyptian acacias, sycamores, tamarisks and others. Egyptians used their local wood resources, but after the deforestation in Nile Valley, they began using and importing foreign wood from neighboring countries like the Middle East. Aleppo pine, boxwood, cedar, and oak are the several types of wood that were imported to Egypt from other countries. Egypt also received ebony woods from various Egyptian colonies. Ebony was later used in constructing tombs and making the chest.

In 722 BC and 481 BC, the age of the Spring and Autumn period in China, Chinese husband and wife, Lu Ban and Lady Yun, were considered as the originators of woodworks. Lu Ban had a book called “Manuscripts of Lu Ban”, and in the book, the said Chinese woodwork originator described the proper way of measuring crafts such as furniture, flowerpots, and more. Lu Ban’s woodworking teachings were considered as the foundation of Chinese woodworking. The good news is Lu Ban was not a disappointment at all. In fact, Chinese woodworking crafts are one of the most famous woodwork arts in history throughout the world, until today. One of the woodcrafts that made Chinese woodwork famous was the furniture with no typical joining tool. 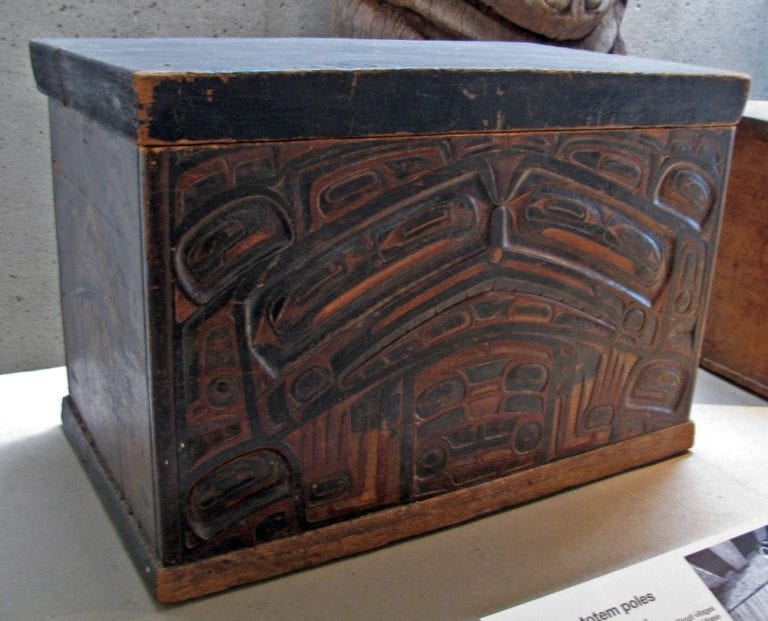 Japan and the Orient

This concept of not using some sort of joining substance to hold the pieces of wood together was actually primarily originated in Japan. Japan developed highly carbonated steel woodworking tools, which made their woodworks even more splendid. This made the Japanese woodworkers even more popular from across every part of Southeast Asia.

Another famous woodwork originated in Japan was the block printing, the process of printing texts, patterns, or images on various textiles. Lacquering, a method of varnishing wood, was also developed and it is a pretty dominant woodworking technique in Japan, Korea, and China.

In the east of Asia, in about 800 BC, great wooden boats were first built. The ancient form of water vehicle was made out of timber, a kind of popular wood that grew richly in Turkey. This wood was so popular in the east that time, that even invading countries would demand it as a form of tribute.

Also, in East Asia, archaeologists found ancient furniture that aged around 800 BC. The historic material found in Gordion, the home of King Midas, was not only made of wood, but was also designed with ivory, bone, and metal.

Most of the East Asian countries are Arabic countries. The early mosques built at the time that stands until today were even made of wood and were decorated with woodcarvings. Woodcarvings were commonly used for decorating panels, ceilings, linings, and other parts of the house. It was also around 800 BC when woodcarvings started to use woodcarvings to give further detail to furniture. 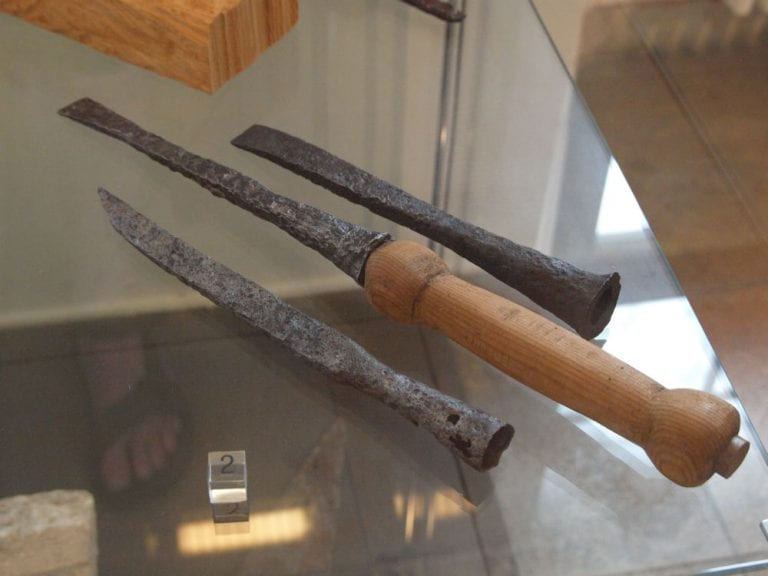 The Roman Empire shared a big part of the history of woodworking, too. They invented useful tools such as saw, drill, lathe, and more, that were just what woodworking needed to build even more useful woodcrafts such as barges and warships for wars, which are very prevalent at that time in the history.

Roman woodworkers have also contributed a lot to the inventions of decorative woodworks. In the Mounts of Vesuvius in Pompeii, an ancient Roman resort city, archaeologists found a furniture shop. What made this discovery even more astounding was that the shop was still intact even after the eruptions of the volcano. From there, archaeologists found chairs and tables with animals and other mythical creature designs. There were also wooden decorations. Methods of creating the woodworks were discovered on a sketch found inside the shop.

Roman woodworkers used different kinds of wood for their wooden creations. Iles, Maple, Ash, and Olivewood are the most common types of wood used in the woodcrafts from the Roman Empire. The most expensive type of wood at the time in Rome was Thyine, a popular African wood that was believed to have powers. 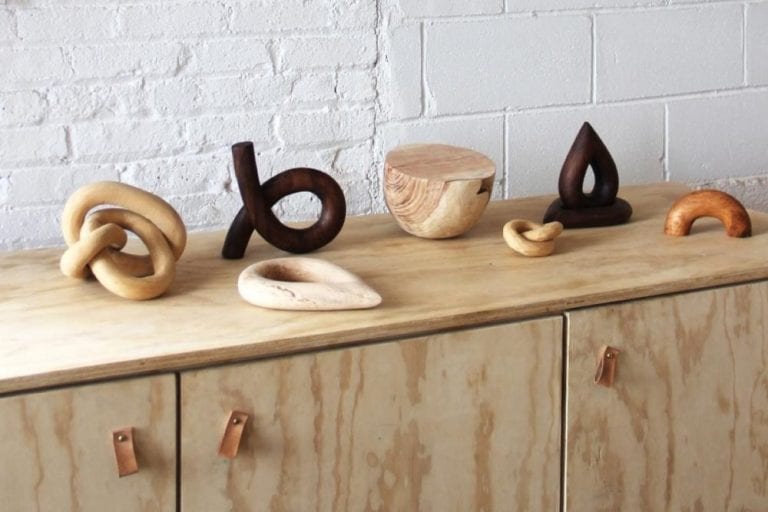 Thyine is a very beautiful wood, at least for woodworkers. Typical people won’t realize that, but woodworkers around the world pretty know its worth in woodworking.  Roman woodworkers called this kind of wood citrus, probably because of its fragrance.

As civilizations developed through the course of years, human woodworking skills developed as well. More and more kinds of different woodworking styles, techniques, and strategies continue to develop every day.  Then, woodworking was merely for survival. Now, it has become an art.