The partnership between HP and Volkswagen accelerates towards mass production

Volkswagen produced 10.000 metal scale models to celebrate the launch of the ID.3 electric. The company used HP Metal Jet industrial 3D printers. The exact price of these souvenirs is unknown, but it is known that the same additive systems are already being implemented in the mass production of final automotive parts.

Immediately after the announcement of the new systems last year, Volkswagen pronounced its intention to use HP Metal Jet 3D printers for the mass-scale manufacturing of car parts. Producing 3D printed souvenirs may seem like a trivial marketing stunt (and it is marketing, mind you) but Volkswagen considers this as a successful execution of the first step of its three-phase plan for the large-scale implementation of additive technologies for mass production of car parts.

The first step is the production of cosmetic parts, that is the same souvenirs, design elements and various components of minor importance. The second step is already in progress and involves trial production and manufacturing of customized parts. The third step will take place in 2022: by this time HP will have launched a full-scale production of new industrial 3D printers, and Volkswagen plans to deal with the certification of functional parts, including load-bearing structural components, and launch the large-scale additive manufacturing of automotive parts for the next generation of vehicles including electric cars. 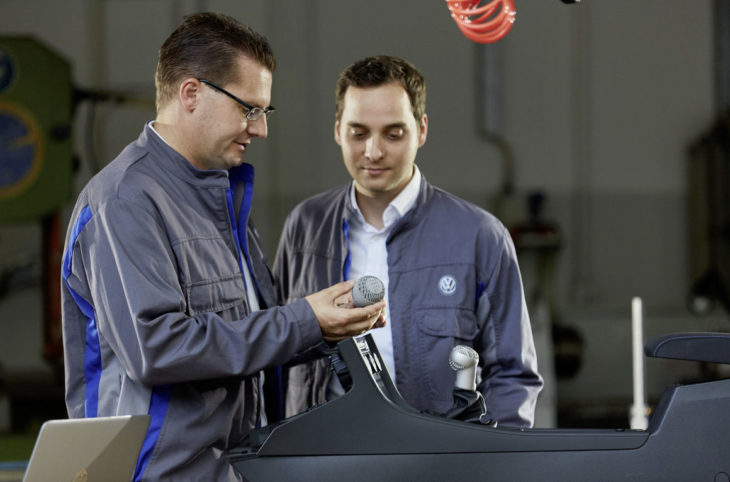 The system’s build volume is enough to print soccer ball-sized parts. Production volumes are estimated at 50.000 to 100.000 3D-printed parts per year. These 3D printed components include gear knobs, mirror mounts and the like. Now it’s obvious where the idea of the experimental Volkswagen T20 comes from.

The goal of the two companies is to bring about mass-scale industrial 3D printing in the automotive sector. The transition to additive manufacturing can help the companies to significantly cut production costs and limit their production cycles. Although, for now, additive manufacturing is used primarily to print customizable cosmetic parts, mostly for marketing purposes, the rapid and mass-scale integration of the technology in the car industry tells us that things may drastically change very soon. Who knows, maybe in the near future we will be driving cars that are completely 3D printed?

“Our vision to industrialize additive manufacturing is quickly becoming a reality with HP Metal Jet, it is a game-changer for the automotive industry. The pace of innovation by HP and the advanced capabilities of the technology have exceeded our expectations. We are meeting our milestones and are actively identifying and developing functional parts for production,” said Dr. Martin Goede, head of technology planning and development at Volkswagen. 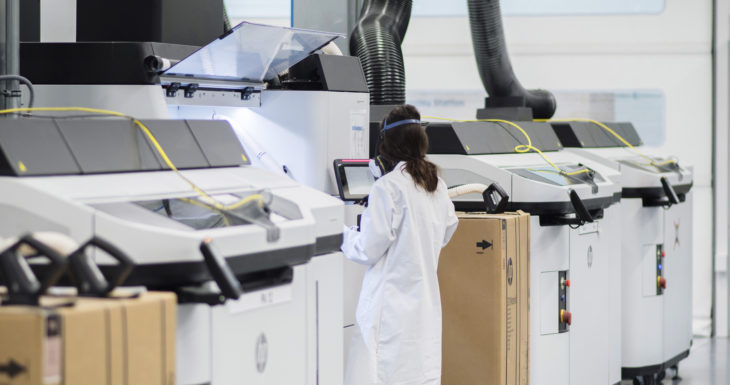 By the way, Volkswagen has been engaged in 3D printing of tooling components for a long time, and it does not even require expensive industrial machines: FDM desktop 3D printers, such as devices from Ultimaker at the Volkswagen Autoeuropa factory in Portugal are quite enough. Today, such 3D printers are affordable for almost anybody, if you’re interested in what such a machine can offer, read a useful guide on this link https://top3dshop.com/blog/3d-printer-buying-guide.

What Turns Women On? Women Confess Their Secret Sexual Fantasies

The Best Techniques for Construction Companies

Maintaining A Healthy Relationship In The Digital Era