Sometimes all you need is an adorably rage-filled music video to kick off your work week in a positive way — something that effectively channels the anger we all feel at waking up in the morning. Luckily, for those of us needing that dose of emotional catharsis, there is this fabulous video of angry animals covering Evanescence, and it fully delivers the goods.

The collective of furry emo icons covered the 2003 Evanescence hit Bring Me Back To Life came about in conjunction with the resurfacing of that song, which involved internet dwellers creating all variations of memes and vines of the Christian nu-metal hit. While the screeching cat and anti-establishment dogs without a doubt steal the show from the other circulating Bring Me Back To Life clips, the world is truly blessed with the ever expanding library of memes for anyone who dares to stumble down the nostalgic Christian rock rabbit hole.

The band’s original video features shots of the band peeking through various tenement windows before the lead singer fully scales a building, and the animal version similarly features shots of tiny dogs and cats yelling and meowing in unison with the song. It even showcases a continually zoom of a particularly angsty white cat. 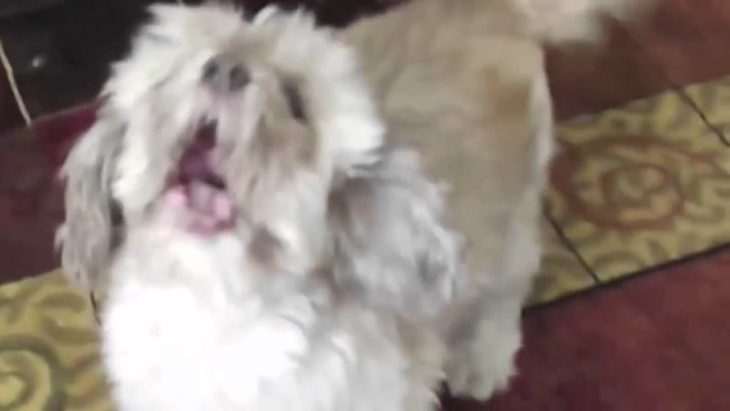 Honestly, although I respect the vocal skills and legitimate rage of Evanescence frontwoman Amy Lee (who is impressively trained in opera singing), the angsty pets featured in this video truly put their paws on the emotional pulse of waking up from a dead inner life.

The rebirth of this early 2000s anthem of vague suburban angst isn’t limited to well-edited videos of animals and plastic babies.. Some visionaries saw this as an opportunity to show off their athleticism and seductive swag, as made apparent by this Instagram parkour video.

She thinks we’re gonna have a romantic Valentine’s Day picnic at the park ? gonna make her watch me do my parkour tricks and vape the fuck out, fucking sick dude #?™

Really though, I will personally fight anyone who denies the fact that memes can be art. Andy Warhol was an asshole human being but he was also a prophet of pop-culture trends and commodified art via capitalism, and the meme serves as the beautiful and sometimes obnoxious communal art forum. So yes, animals singing Evanescence is a silly shot of ridiculous, but isn’t it also a reflection of the human state of constant inner conflict? Doesn’t the combination of cuteness and anger reflect our conflicted emotional desires?

If you haven’t already gathered from my last paragraph, I’ve already watched this video way too many times. So, please enjoy the animals, but be warned of the dangers of the fast and slippery slope of Evanescence.

What Should You Do if You Lose Your...