Russia’s Hermitage Museum holds more than three million works of art, and is the largest museum in the world. It’s also, likely the only museum with its own staff of stray cat security guards. The 65 badass, mice-killing cats to roam its grounds at night, killing vermin and protecting the museum’s precious works from harm. The felines have been there almost as long as the museum itself, and are taken care of by donations from museum workers and have a dedicated caregiver.

Recently, a series of portraits commemorating the cats was commissioned and produced by Uzbek artist Eldar Zakirov. The series, “Cats of Hermitage,” places the fancy felines in traditional Russian garb. The portraits will be featured in an upcoming issue of Hermitage Magazine. Check out a few others after the jump. [ArtInfo] 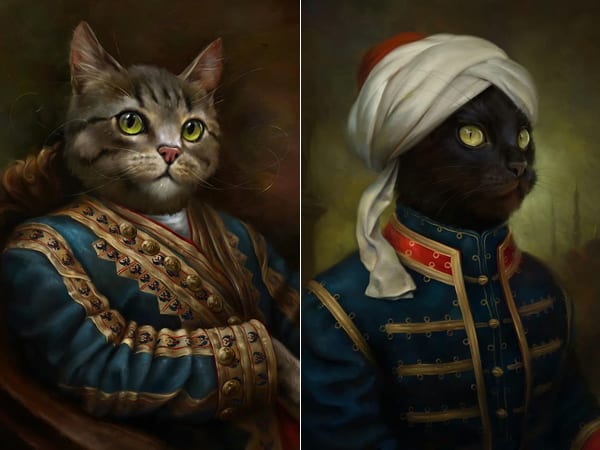