Rami Malek recently won an Oscar for his role as Freddie Mercury in Bohemian Rhapsody. “Listen, we made a film about a gay man, an immigrant, who lived his life just unapologetically himself,” Malek said in his acceptance speech. “The fact that I’m celebrating him and this story with you tonight is proof that we’re longing for stories like this.”

Malek himself is the son of an immigrant from Egypt. Despite Malek’s silence about his personal life, we managed to find out some details about him that you maybe didn’t know. 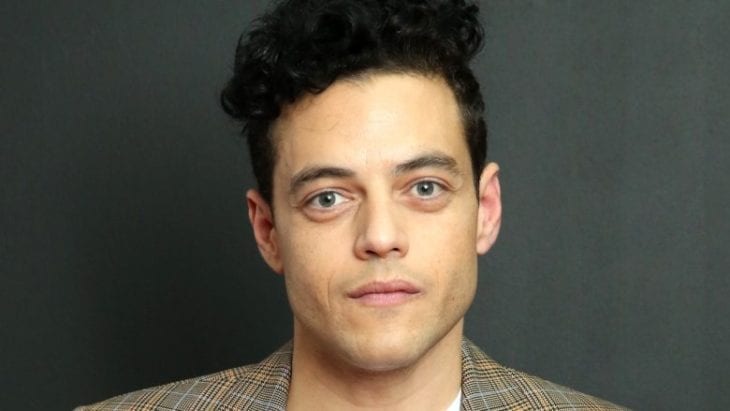 Malek’s dad died before Malek became famous. “I think he’s looking down on me right now,” Malek shared. He revealed to The Guardian, “My mum and dad left Cairo in 1978. My dad was working as a travel agent there, and he would pick up visitors from the west. Through them, he saw this other world that existed and he was fascinated by it.” Malek also said how his parents weren’t convinced that Malek should try in the acting business. “I don’t think my parents ever thought that being an actor would be the best use of this transatlantic trip of theirs,” he said. “You know, reshuffling their entire existence, so I could take a shot in the arts.” 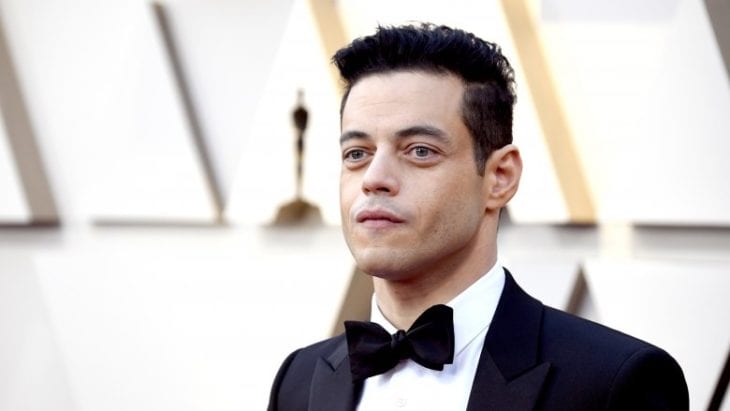 Sacha Baron Cohen was actually the first choice for the role of Freddie Mercury, but after a fight with some of the members of the Queen band, everything fell apart. Cohen revealed to Howard Stern, “A member of the band — I won’t say who — said: ‘You know, this is such a great movie because it’s got such an amazing thing that happens in the middle. “And I go: ‘What happens in the middle of the movie?’ He goes: ‘You know, Freddie dies.’ I said: ‘Listen, not one person is going to see a movie where the lead character dies from AIDS and then you see how the band carries on.'” 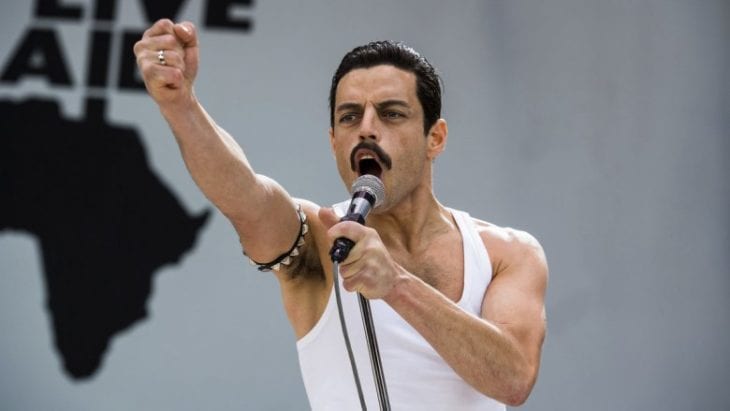 The first time we remembered Malek was when he played Ahkmenrah in 2006’s Night at the Museum. But things didn’t go well for Malek. “Fox was a little concerned about my interpretation and were looking to recast,” Malek shared with WENN. “Fortunately, Stiller had some faith in me and pushed for me to stay.” He isn’t mad about the whole thing, and he still remembered gladly his time on set with Stiller and Robin Williams. “We shot it in New York at the Museum of Natural History and at one point we had to go outside in the snow. We were freezing and told to improvise so we looted the lost and found. I had a big puffy jacket with snow boots that had rainbows on them with this coal eyeliner which I could not get off.” 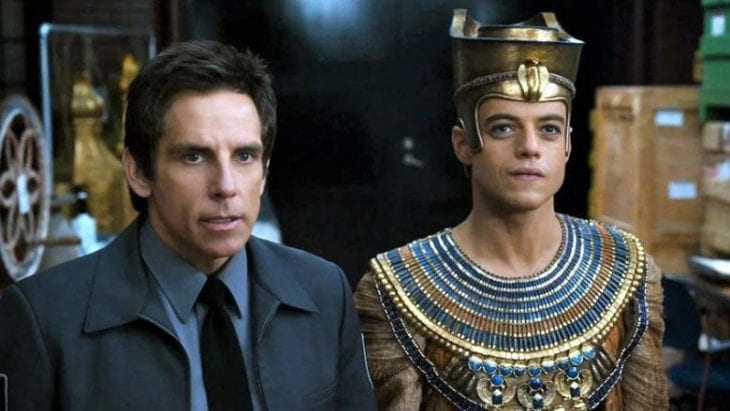 He appeared again as Ahkmenrah in 2009’s Night at the Museum 2, and afterward, he appeared in Kiefer Sutherland show, 24. Malek was hired to lay the terrorist.  “In the past, it was like, ‘Oh well, he’s an acceptable terrorist! He’s an accessible terrorist!” Malek shared with GQ. “But after I did that I said to myself, ‘You know what? Bulls***. No more. This is not how I want it. Any calls that come about playing Arabs or Middle Easterners in a negative light? I don’t need to respond to any of them anymore.'” 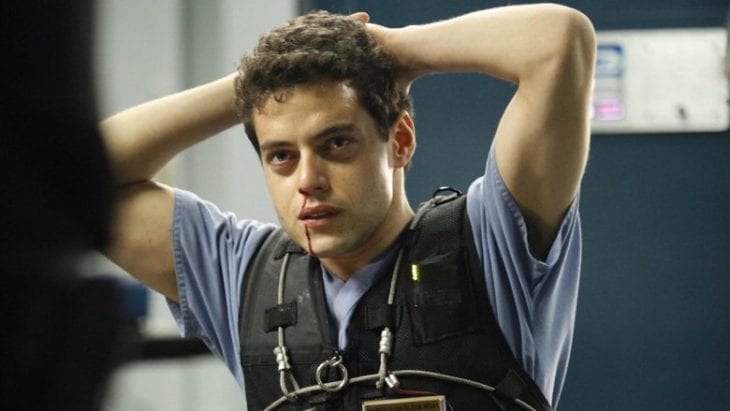 After 24, Malek landed a role in 2010’s The Pacific, produced by Tom Hanks and Steven Spielberg. According to Rotten Tomatoes, it is “an honest, albeit horrifying, exploration of World War II.” “That was a life changer,” Malek told W magazine. “I just immersed myself in it. I remember going into that audition, and afterward, Tom had written a typed letter to the producer saying, you know, ‘This guy’s got haunting eyes,'” Malek added. “And I was like, ‘Great. At least my odd-looking eyes are compelling enough to get a call back from Tom.'” 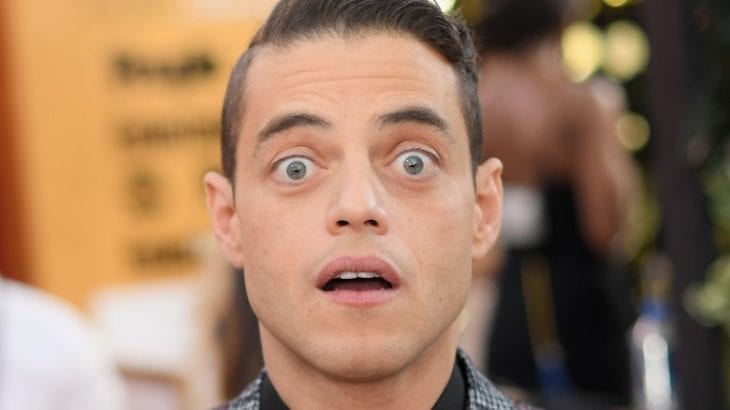 He played Snafu in The Pacific, and it didn’t help his mental condition. “I was new, and I couldn’t really step out of it,” he said to Hollywood Reporter. “I kept all that going on in my head.” One thing, in particular, is still haunting him – when he had to remove gold teeth from prosthetic bodies over and over. “They were done so well [that] it felt so real,” he recalled. “After doing it like seven, eight takes, I’m just like, ‘I gotta stop, I’m not supposed to be crying in this scene.’ Taking that home every day, and just kind of being method … it physically and psychologically kind of had a negative impact on me.’’ 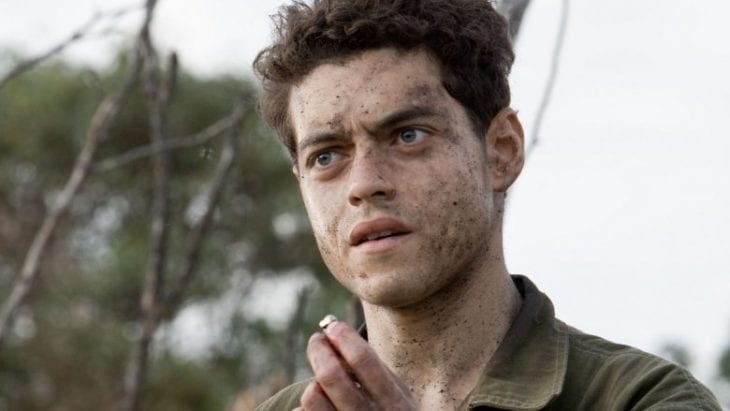 Before Bohemian Rhapsody, Mr. Robot was his major acting job, for which he received an Emmy in 2016. His performance was appealing to Robert Downey Jr., who contacted him via e-mail. Malek shared on The Tonight Show, “After a while, someone emailed me that I knew and was like, ‘Why aren’t you answering Robert Downey Jr.’s email!’ I’m like, ‘No way, I’ve been blowing this guy off, it’s the real guy!'” The two became friends at the end, and Downey Jr. even pooped on set of Mr. Robot to watch Malek act. “It was pretty spectacular. He watched me act. It was a fascinating day. It made me the hero of the set because he showed up — he’s Iron Man, and one of the coolest people you’ll ever meet.” 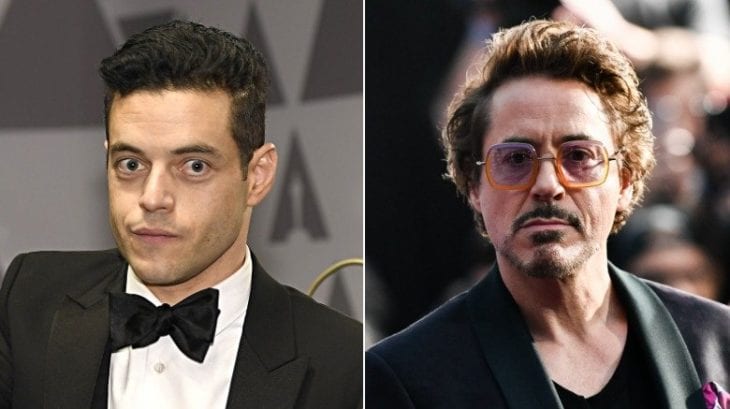 Rami Malek has a twin brother – Sami Malek. Rami said how they were both identical, but somewhere around 18 years old, they started to look different. Despite that, they managed to pass for one another. “He was at UCLA and he was studying Greek studies as one of his degrees, and he was having trouble passing, he was actually not going to graduate,” Rami said on The Graham Norton Show in 2018. “I was coming back from acting school and he said, ‘Listen, my teacher has offered me the points that I will need to graduate, I just have to deliver a monologue from a Greek tragedy.” Rami came to help and began with his monologue. “I think, ‘Okay, you actually have an audience, right? Seize the moment,'” Rami recalled. “By the end of it, I get a ton of applause from everybody, but then I think, ‘Did I overshoot it?'” Sami graduated at the end, all with the help of his twin brother. 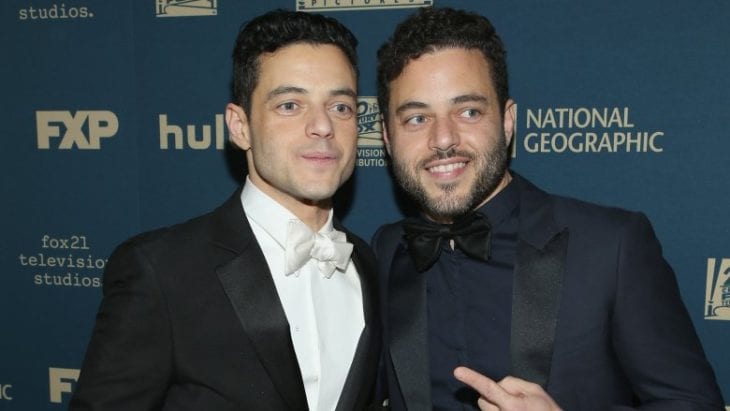 The 19-year-old fan, known as Xan Black requested Malek to say hi to his friend, which Malek refused and said that the two can take a picture together. That was recorded on phone, and that video put Malek in the bad light. His publicist revealed to him what was going on. “I finally brought myself to watch [the video], and I thought, ‘Oh, that’s not that bad.’ I don’t find myself offensive,” he told Vanity Fair. “I am happy to take photos with anyone. I just want to be aware of what people are doing in the moment. When someone films you automatically, it’s a bit intrusive.” Black also commented on the video, and the backlash. “I think he’s a genuine person, and this was not at the right time, because this was at night, and he was rushing,” she said. “I’m sure in a more intimate setting, in the daytime, he would be much more approachable.” 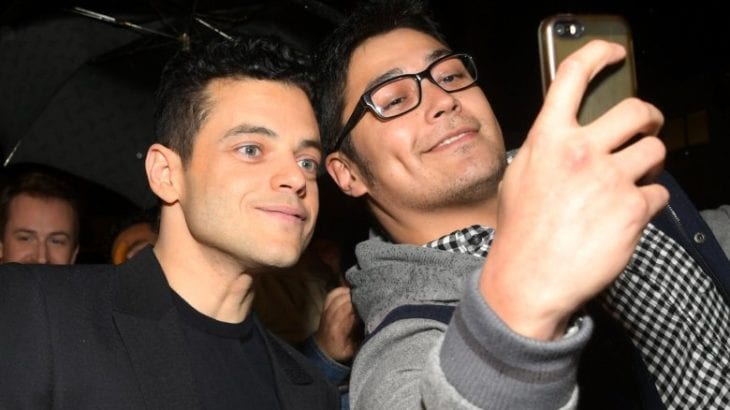 There were some reports that Male and director Bryan Singer had some issues. “My situation with Bryan, it was not pleasant, not at all,” Malek said. Later Malek revealed that he didn’t like Singer’s behavior. “Why make people feel small?” he said. “I’m empowered as an actor to feel like I can set a precedent when I’m on set, and that’s all I will say.” 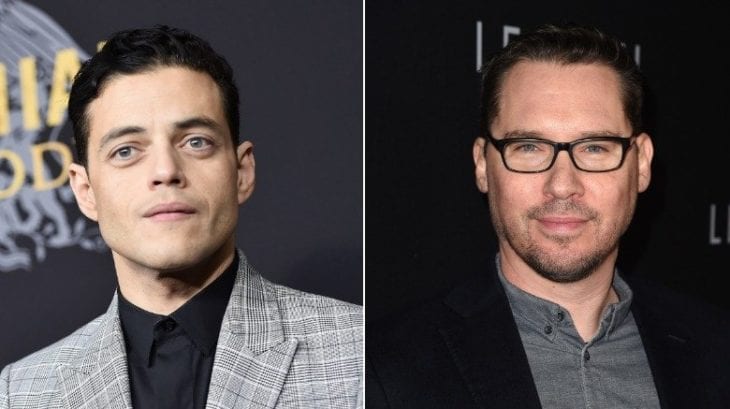 Bohemian Rhapsody became very controversial. AIDS activist group ACT UP London decided to protest the movie by interrupting its premiere and raise awareness about AIDS. “Freddie ‘Killer Queen’ Mercury was a migrant who died from AIDS, and today HIV-positive migrants are some of the most oppressed in the HIV/AIDS community,” ACT UP London member Jeremy Goldstein revealed.  “We are here today to highlight the ongoing crisis … We demand that all HIV-positive migrants are treated with utmost dignity, that HIV services stop being closed down and an end to all illegal detention of HIV-positive migrants.” Malek himself has been involved in raising awareness about the disease through an organization called RED, with its focus on fighting AIDS in Africa. “We’ve been progressive with so many issues currently,” Malek shared. Politically, everybody is having a bit more of a voice, but it’s still not quite what it needs to be. There are so many more hurdles that we need to scale … it’s going to take a very strong and collective effort and push.” 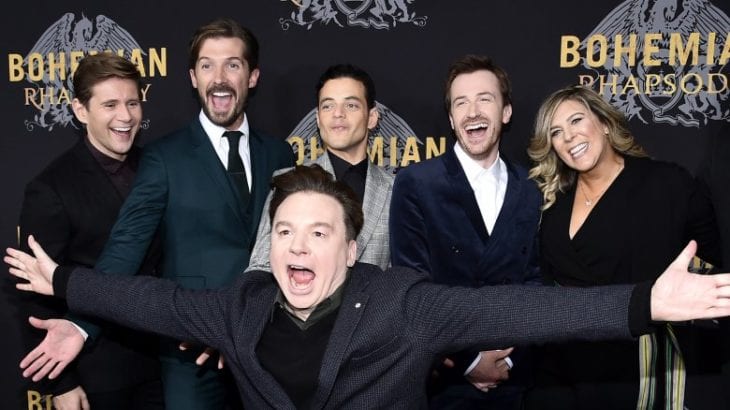 Freddie Mercury once said about the love of his life – Mary Austin. All my lovers asked me why they couldn’t replace Mary, but it’s simply impossible. The only friend I’ve got is Mary, and I don’t want anybody else.”

Malek has fallen in love with his own Mary Austin – the actress who played her role, Lucy Boynton. “You have been my ally, my confidant, you are my love,” Malek said about Boynton. “I appreciate you so much.” During his Oscar acceptance speech, he shared, “Lucy Boynton, you’re the heart of this film. You’re beyond immensely talented. You have captured my heart. Thank you so much.” 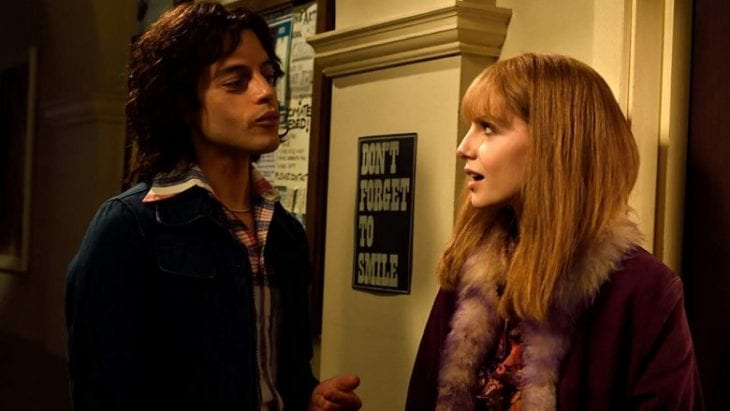 Translation services – Why use them?

Top 8 Most Challenging Songs to Play on...

Did Princess Diana Joined Freddie Mercury For A...