5 Things You Have to Do When You Visit Belfast 2020

The Northern Ireland capital of Belfast is a vibrant city, blending modern living with a rich history that offers visitors a unique experience. It’s an excellent destination for those wanting to experience the local culture, eat great traditional food, and get a sense of what life is like in the City of Belfast, which will make you sometimes forget that you’re in a city at all, with its small-town attitude and lifestyle. Here are five things you have to do when you visit Belfast.

1. Go and See the Peace Walls 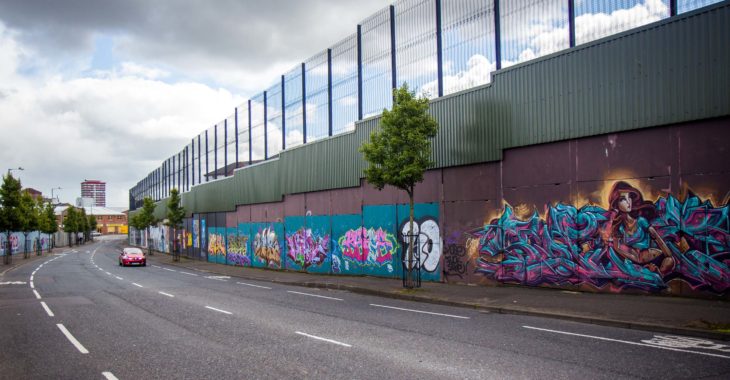 The Peace Walls are enormous walls that traditionally separate the different communities in Belfast. They’re adorned with graffiti and are quite something to see if you’re in the city. The chance to see them is limited, though, as the city has announced plans to demolish these walls in the next few years, so don’t pass up a chance to see some of the last remaining separation walls in the world. 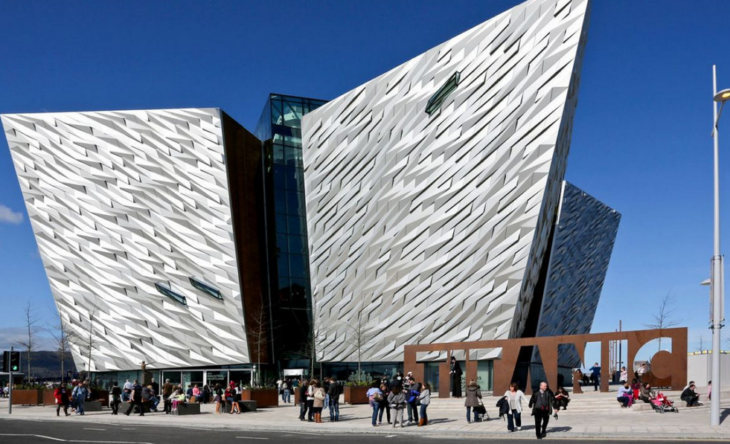 If you have even a passing interest in the Titanic, Belfast offers some unique destinations you have to visit. It was the site of the original construction of the ship, which began in 1909 at the Harland & Wolff shipyard in Belfast. Today, the Titanic Belfast Museum stands for you to visit and explore, which includes some information about not only the Titanic but about Belfast’s industrial history too.

3. Have a Pint at Belfast’s Oldest Pub 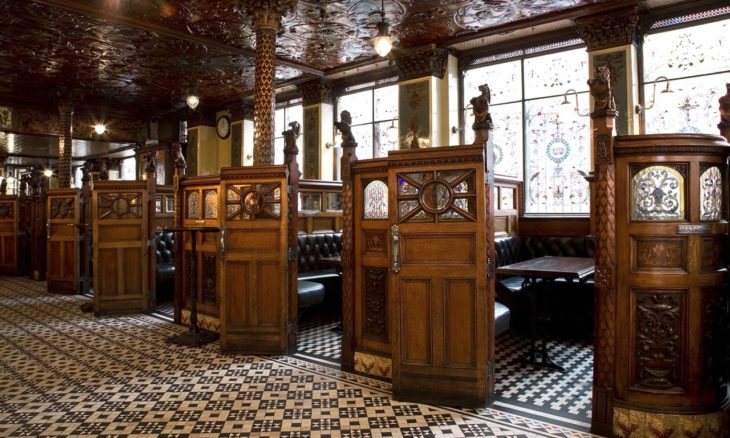 There are a few excellent pubs in Belfast, but none quite as prestigious as Whites Tavern. Established in 1630, Whites Tavern enjoys the claim of being Belfast’s oldest pub, because the building it’s in received Belfast’s first ever tavern license. Any trip to Belfast wouldn’t be complete without enjoying a pint from their extensive selection of local and bottled beer. You’ll often find the pub abuzz with the sound of live music at the venue too. 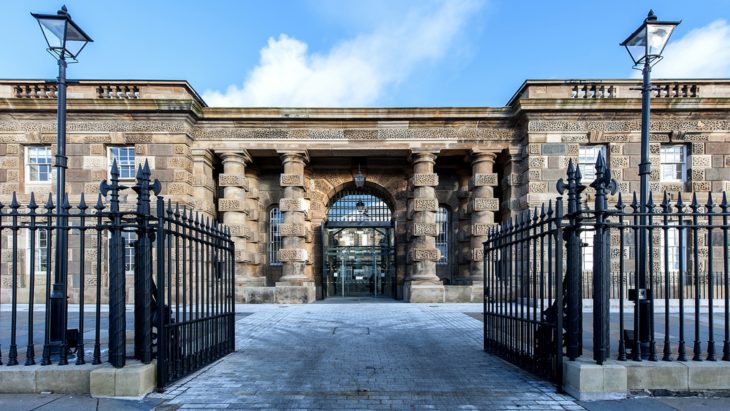 In 1996, the Crumlin Road Gaol was taken out of service. Until then, it was Belfast’s most historic prison but now services as a museum and conference center. A tour of the prison will let you explore the building, which includes the prison blocks and cells, execution chambers, underground tunnels to the nearby courts, and many others. You’ll also get an exciting look into the history of the building. 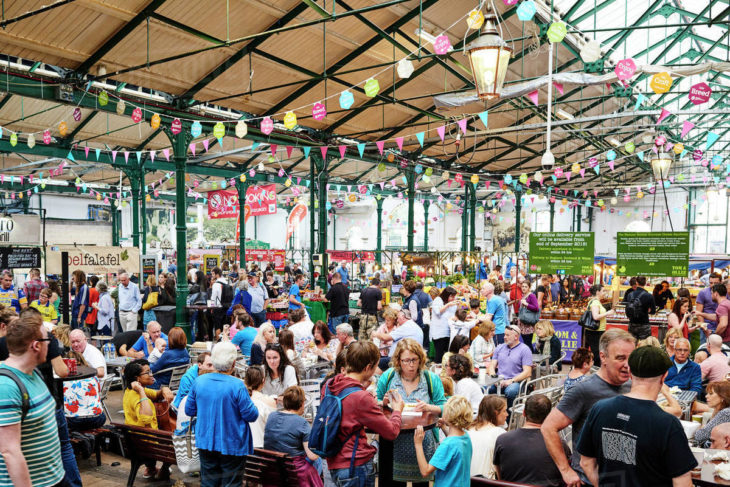 St George’s Market is an incredibly popular destination for locals and tourists alike. You’ll find stall upon stall of merchants peddling their wares – from food and drinks to local crafts. It’s housed in a building that was constructed in the late 19th century, and it’s well worth a visit if you’re in the city.

These are just five of the many things you’ll experience in Belfast as a visitor. There are many other things to see and do, like attending a Belfast Giants ice hockey game, or taking a walk around the old and incredible Belfast Castle. Make sure you have enough time to see everything there is to see!

The Best Tips You Should Know Before Traveling To Belfast 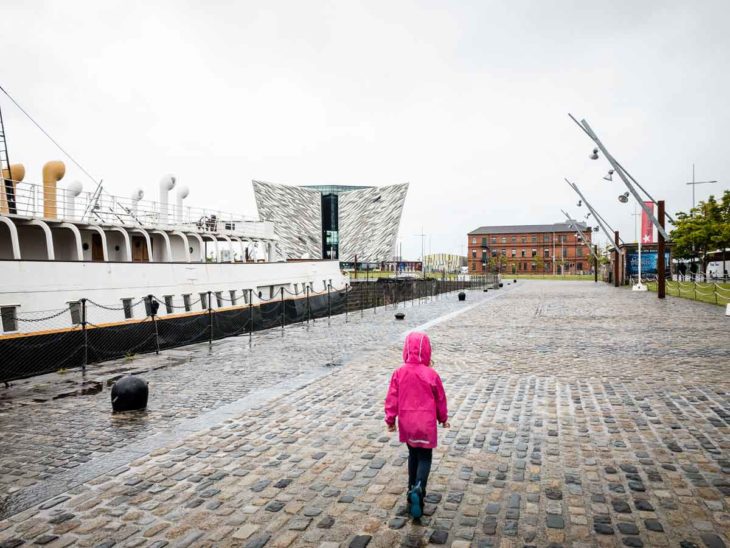 Belfast is the capital of Northern Ireland; part of the United Kingdom, the country is the region of six counties that are located in the upper part of the Republic of Ireland. The city is located in the province of Antrim, east of the six counties of Northern Ireland, located approximately one hour south of the north coast and the famous Giant’s Causeway, and one hour north of Dublin, Republic of Ireland. The Lagan River crosses the city to the Atlantic, making it a major coastal town in the United Kingdom region.

What currency do they use?

As it is part of the United Kingdom, you will need Great British Pounds (GBP) for your trip to Belfast. It is essential to know this since most travelers visit Ireland and Northern Ireland together, and you will have to change currency once you cross the Irish border. There is no physical border, but as a general rule, the dividing line goes from Lough Foyle in Northern Ireland to Carlingford Lough in the Republic of Ireland. Most companies will offer an exchange rate for each currency if you do not have the correct one.

What is the best way to move?

Belfast is a small city, so walking is easy and often the most fun way to get around. Metro bus services operate throughout the day, with the main collection points on each side of the Town Hall, in the center of Belfast. Taxis are cheap, modern, and extremely safe, one of the best ways to get around at night. It is effortless to travel to and from Dublin in Ireland: the Translink Enterprise train runs between the two cities every two hours. The north coast is only an hour away by car, with regular buses and trains that go to various points of the beach every day. 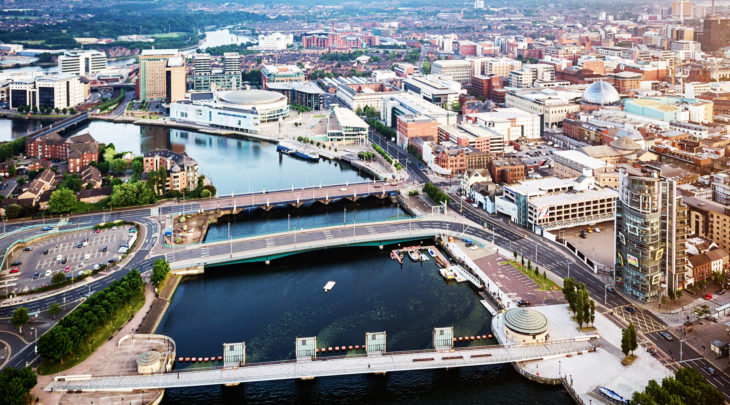 Belfast is a very safe city, especially in the central area of ​​the town, which houses large shopping centers, hotels, bars, and restaurants. The atmosphere will feel like a small town in a metropolis, and people are traditionally friendly and helpful. While it may be quieter than some major cities in the United Kingdom, it is generally a safe place to walk at night, even in small groups. Use caution when traveling to any destination in the city, but Belfast is no cause for concern!

Is there still tension between political communities?

Not so much – Belfast has become a safe city since The Troubles in the 1970s. You will notice that some regions of the city decorate the community streets with the United Kingdom Union Jack or the Irish tricolor flag: these two communities continue living next to each other. People can refer to themselves as British or Irish, but most people will be called Northern Irish.

The International Peace Wall is a beautiful collection of murals of nationalist and unionist communities that recall the conflict, and many visitors come to Belfast to see that. If you have any questions, feel free to ask, within reason: the Northern Irish are happy to talk about their history and identity. Many visitors like to learn about the history of Belfast, but also have an open mind and explore other great pieces of the city’s culture (Hint: The Titanic is a high selling point).

Who Secretly Changed Princess Diana’s Will?

What Determines the Value of a Cryptocurrency