9 Tips for Taking a Happy Flight With Your Pup

Although having the opportunity to take your furry friend on holiday with you is exciting, it can also be somewhat stressful for both of you. However, if you know what to do to keep your pet calm during the flight, then it will be a pleasant experience for both you and your pet.

The following are some great tips to make sure that you and your pet enjoy your flight!

1. Plan with the airline 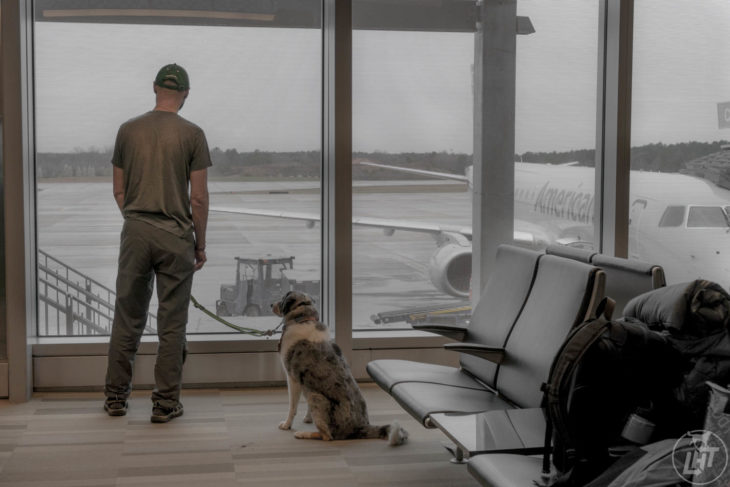 You can’t just show up with your pup as your carry-on! Airlines only allow a certain number of dogs on each flight, so it’s essential to call ahead and check that there’s availability on the flight you want to take. Prepare to pay some extra fees at the same time! Each airline varies in the prices they charge for carrying pets, but all major airlines have at least some charge, and the average is around $100.

You can also use this as an opportunity to check the airline-specific rules you’ll need to abide by during the flight. There are variations, but the basics are universal: your dog must stay inside its carrier throughout the entire trip, and the airline must be both big enough for your dog to stand up and turn around and small enough to fit under the seat in front of you. We hope you don’t have long legs! 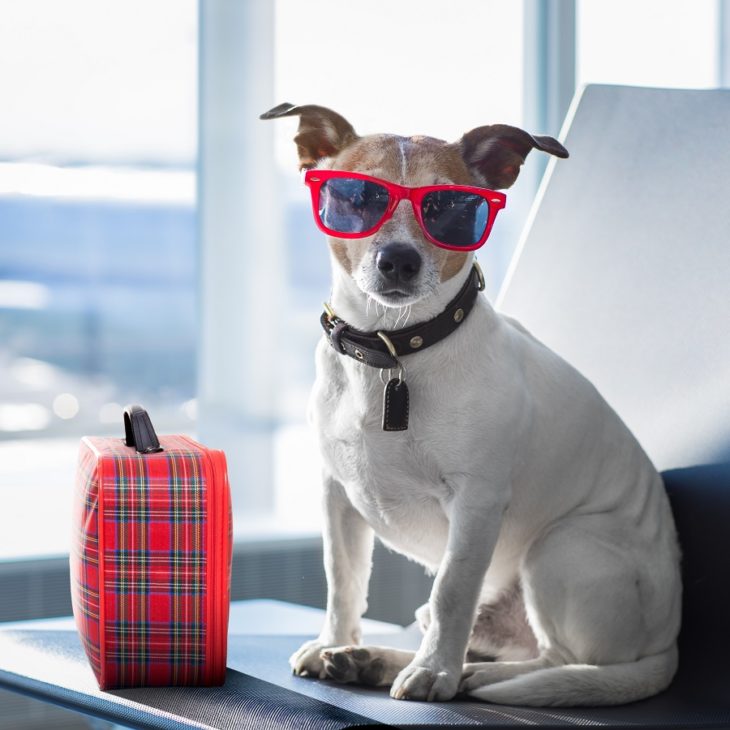 It’s a known fact that dogs can pick up how you are feeling. In other words, if you are happy, they become happy; if you’re sad, your dog will feel unhappy with you, and if you’re anxious, he will become stressed out too. So, do whatever it takes to keep yourself calm about the flight and help your dog to stay relaxed before and during the flight as well.

This is difficult to fake, because – as you’ll know from being a pet parent – dogs are highly intuitive and perceptive when it comes to your moods. If you’re a nervous flyer yourself, there’s a good chance your dog will pick up on this energy. Even the best flyer will find it somewhat stressful to travel with a dog because you’ll be worrying about his safety and comfort, so consider alternative arrangements if you’re prone to flight anxiety. 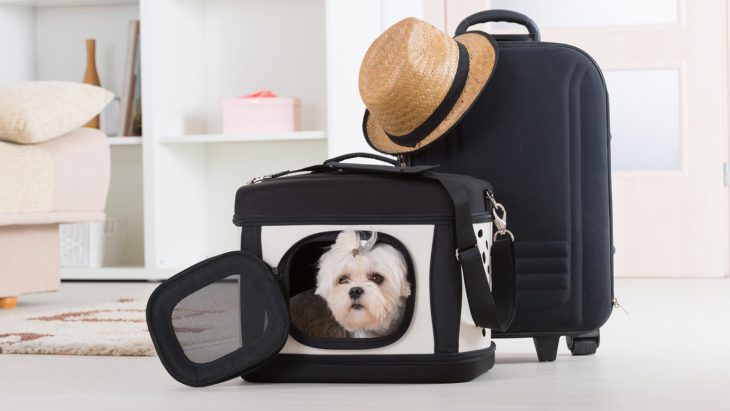 According to petcarrierverdict.com, the key to a happy flight is making sure your dog feels safe and “at home” in the carrier he’s required to stay in. It’s best if he’s familiar with the carrier before the flight, so don’t be tempted to throw away your tatty carrier and get a new one just before a big trip – your dog will need time at home to explore it and get used to it. Add to the feeling of comfort and familiarity by adding a favorite blanket and maybe even an (unwashed) item of your clothing, so your scent is always nearby. 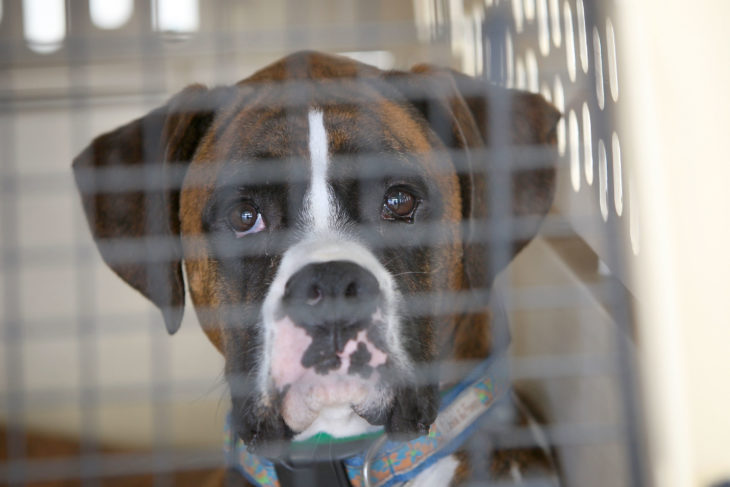 A worrying number of people search online for where to get sedatives for their pets when flying. It’s not OK: if your dog needs medication to get through a flight, they shouldn’t be flying at all. Being confined in their carrier for several hours is unlikely to be their favorite activity. Still, it shouldn’t be an ordeal that stresses them out to the point of needing medication.

Not only is it unfair on your pet, but sedatives can also have unexpected side-effects like breathing difficulties. Because flying has its dangers, you shouldn’t add to them with medication – plus, getting help from a vet while on a flight if the worst should happen is going to be virtually impossible.

5. Keep him occupied during the flight 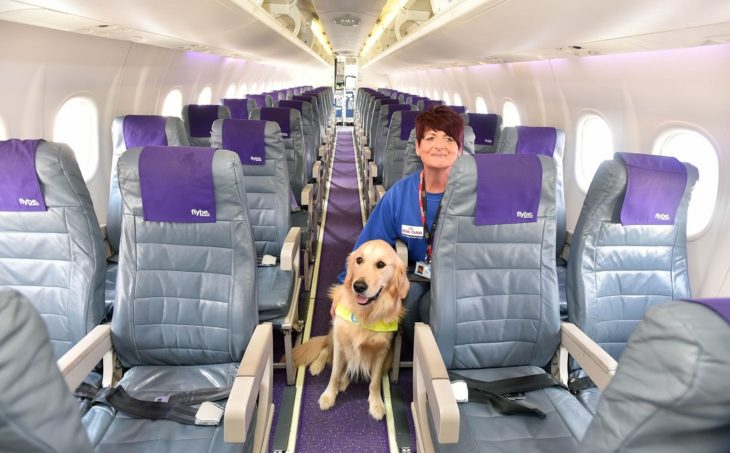 I have found that placing a toy in my dog’s pet carrier helps a lot to make the flight a happy experience for him. Playing with a toy – a chew toy rather than a squeaky toy, keeps him occupied for most of the time and takes his mind off what’s going on around him. He’s even tired himself out so much with all the playing that he falls asleep for the rest of the trip!

6. Avoid food and treats during the flight 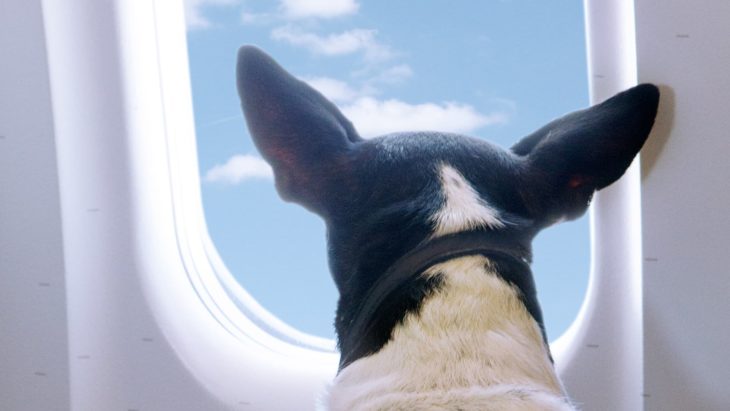 Although some people are under the impression that a full dog will be a happy dog on a flight, this is so far from the truth. Feeding your dog just before you leave will probably make him nauseous during the trip, which will cause him to become distressed and increase his stress levels. Feed your pet at least two to four hours before you leave for the airport so that he has plenty of time to digest his food. 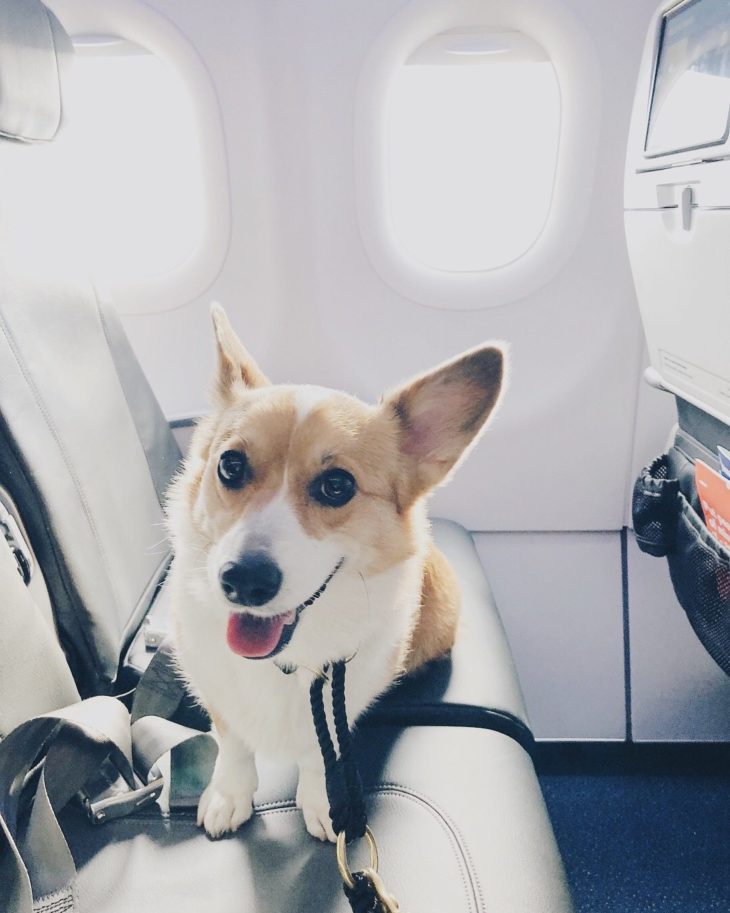 It’s a normal reaction for most people, especially children, to pet a cute dog without asking the owner if it’s OK to give their dog a scratch behind the ears. However, it will be much better for you and your dog if you discourage other passengers from talking or touching your dog. Your pet is a bit stressed out with the flight and having so many people around him in a confined space and might snap those hands that want to caress him.

8. Try to book a flight out of peak hours 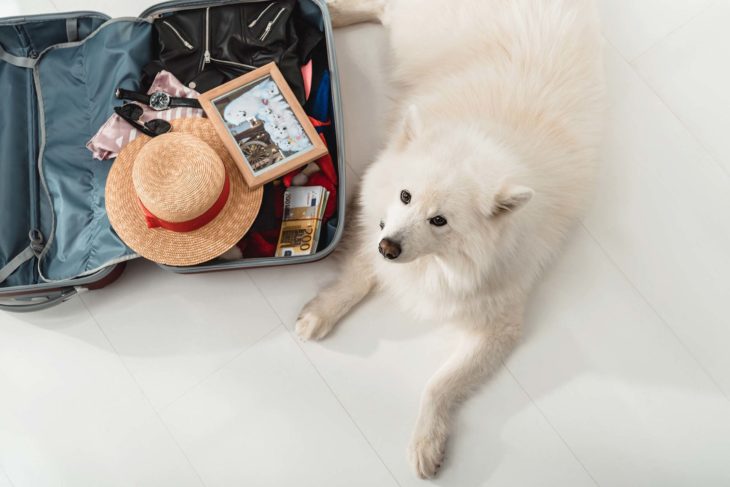 The worst thing for a stressed-out dog is to have the noise of crowds of people around him. You can get around this by making sure to book a flight where there are a few passengers as possible. Taking an off-peak plane will not only make sure that there will be less noise on the plane, but it will also mean that the airport will be a lot less crowded and noisy too.

9. Tire your dog out before you go to the airport 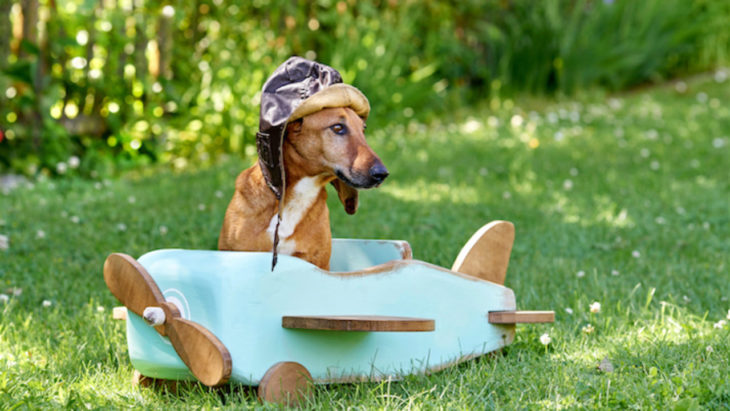 Do whatever you can to help your do get rid of all that pent-up energy! Play games, throw a ball, take him for a nice long walk – anything that will make him want to snooze when he’s in his carrier on the plane.