Visiting Spain for the first time? Certainly, you’ve heard about certain cities that are on everyone’s wish lists: Madrid, Barcelona, and Valencia. And they belong on those lists.

But Spain is a big country with a diverse culture, and there are so many cities to uncover. As well, each city has a world beyond, with laidback lifestyle and thousand years history to uncover. Most people visiting Spain look for history, food, and culture.

From that perspective, I compiled a list of the top 5 cities to visit in Spain, the ones where you will uncover an amazing heritage, a thriving local culture, and delicious tapas. And from where in case you have enough time, you will discover its surrounding regions which are equally interesting.

More than 9 million people visit Barcelona every year. The city ranks among the top five cities to visit in Europe. The architectural legacy left by Gaudi, the genius who designed La Sagrada Familia, 2000 years of history initiated by the Romans, and a thriving cultural agenda put Barcelona on the top list of every person who visits Spain.

This Mediterranean enclave has an amazing coastline, it is surrounded by Medieval villages that boast a unique charm and vineyards that produce top Spanish wines. Most travelers take a day trip from Barcelona, and so far I haven’t heard any disappointment.

The Spanish capital is a city that lives by its name. Art lovers flock to visit its museums and admire Goya and Velazquez – museums such as Museo del Prado, Centro de Arte Reina Sofia, and Museo Thyssen-Bornemisza are the good places to start. As well, medieval mansions and royal palaces decor the streets of a contemporary city, as you walk through it.

Madrid is also famous for its “movida”, an eclectic and legendary nightlife that starts at the many bars that combine a hint of glamour with local party goers. As well, the city is the epicenter of Spain’s regional cuisines and is one of the richest culinary capitals of the world. Beyond Madrid’s limits, it is possible to explore the lands of El Quijote, and a number of old towns that are worth the ride.

The big treasure of the Basque Country, Bilbao is the Spanish city with the finest dining scene, a staggering architecture, a wild landscape, and an irreverent charm. Every visitor has two obligatory stops, the shiny titanium-clad Guggenheim museum, and the Azkuna Zentroa, a wine storage warehouse turned into a cultural center.

In Bilbao, locals love to stop at bars to eat “pintxos” and drink “txakoli wines”. There are plenty of Michelin starred restaurants and hundreds of family-run eateries that make the city simply delicious. Taking a day trip from Bilbao is a must, the green hills, the wild sea, and dramatic cliffs are not to be missed. 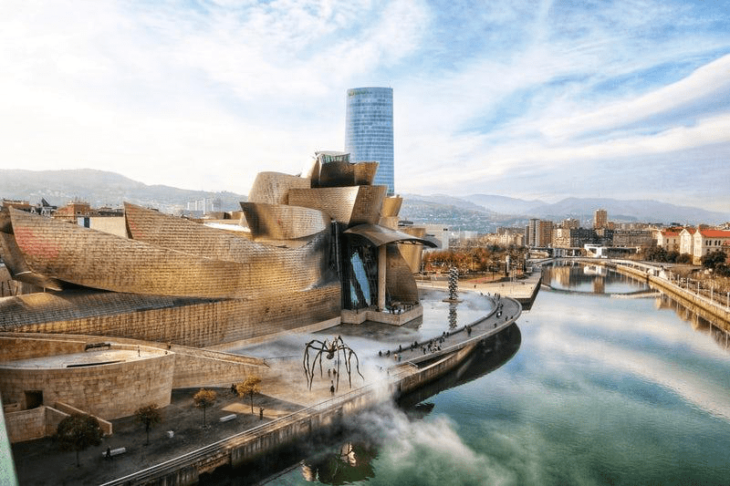 Seville is the place to see the icons of Spain, the bullfighters, women dancing sevillana and rich architectural heritage from thousand years ago. Some people say that visiting Sevilla equals to take a journey through 6 civilizations.

This city is the world capital of “tapas”. Everyone going for a drink in Sevilla gets a tapa along, it is a local costume and the oldest bar in town dates back to 1670: El Rinconcillo. There is plenty to visit from Seville, you must visit La Alhambra and The White Villages.

The capital of Galicia is also the journey’s end for the pilgrims who undertook the way of St James. This is an important city of Catholics and has an important wealth of history and art. Its old centre is pack with rich churches, squares with Romanesque sculptures, and monasteries ~ there are plenty of UNESCO sites around.

The best place to experience local gastronomy is the “Mercado de Abastos”, which has the appearance of a Romanesque church where the food stalls are set within arches facing a central aisle. The surrounding region is a perfect escape for seafood and wine lovers, as well as for those who love hiking. 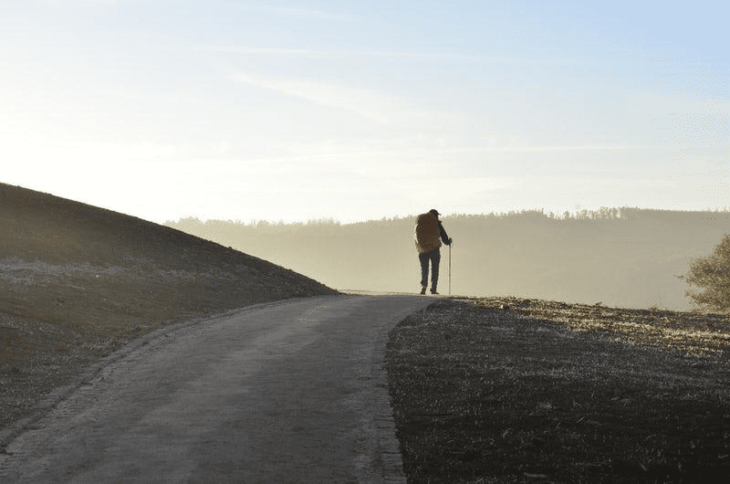 The cities described above have a very good infrastucture for travelers, you can reach them by train, bus or airplane, and their city centers are well-suited to walking. I truly hope these ideas help you out when choosing places to visit in Spain.

Author: Andre Arriaza is an avid traveler, he has lived the 5 continents and is the co-founder of Barcelona Eat Local Food Tours.

Does Camilla Parker Bowles have a royal title?

Did Princess Diana want a divorce?

What Football Teams Pay The Most? Clubs With...