Top 7 Things to Do in Budapest – The Essential Activities

Budapest, the cosmopolitan capital of Hungary, has long attracted travelers from all over Europe and the world. The two historic cities of Buda and Pest, which lay opposite each other over the River Danube and merged in the late nineteenth century, have been jointly nicknamed the “Paris of the East” because of the beautiful architecture and scenic surroundings. Budapest has also been shaped by the forces of history that are still visible today, including bullet holes and shrapnel damage dating back to World War II and the 1956 Hungarian Uprising. When you walk its streets, it becomes clear that Budapest is the incarnation of a cosmopolitan city with seemingly endless aspects to explore.

If you’re lucky enough to find yourself in the Hungarian capital for a few days, there is a long list of activities in the city that you can check out in order to make the most of your time in Budapest. Whether you’re searching for a relaxing time in the city’s many baths or are anxious to escape the urban landscape for the natural wonders of Hungary, Budapest has something to offer every traveler.

1. Head to the Thermal Baths 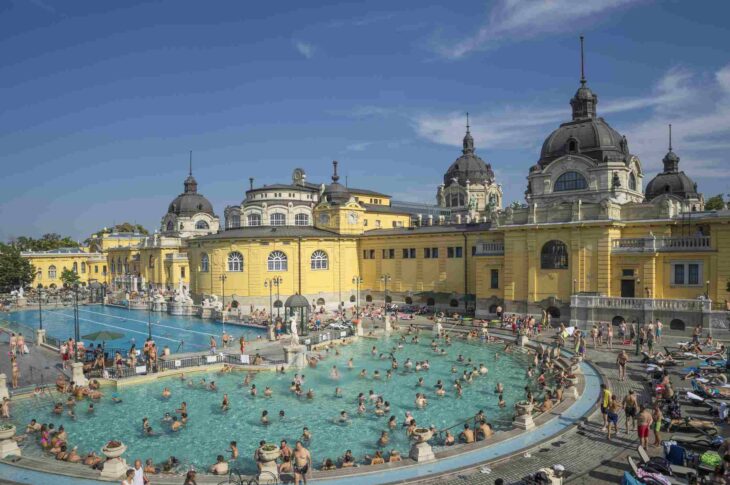 Budapest is synonymous with the many thermal springs that the city has been blessed with, including the Gellért Baths. Among the last remains of Turkish culture, here you’ll find steam baths and massage services, and if you’re in a party mood, check out one of the night bath parties held in the city.

Another popular site is the Rudas Baths. Dating back to the mid-fifteenth century, these baths retain their Turkish touch. Among other wonders, the baths feature an octagonal main pool and a domed cupola, which are sure to take your breath away the moment you walk into the baths. These are definitely worth a visit. 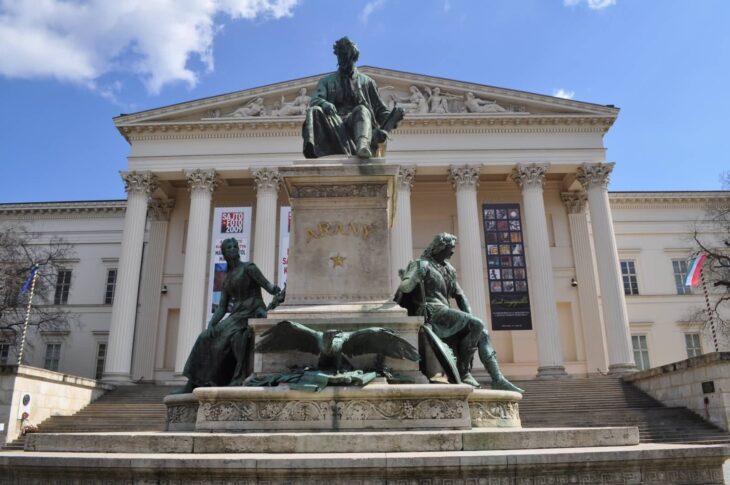 Sometimes the best introduction to a culture is a visit to its largest Museum. In addition to housing works of art by some of the country’s most respected artists, the Hungarian National Museum also played an important role during the Hungarian Revolution when important leaders addressed crowds from the building’s steps. Founded in 1802, the Museum has only continued to expand its collections from renowned local and international artists.

3. Take a Cruise on the Danube 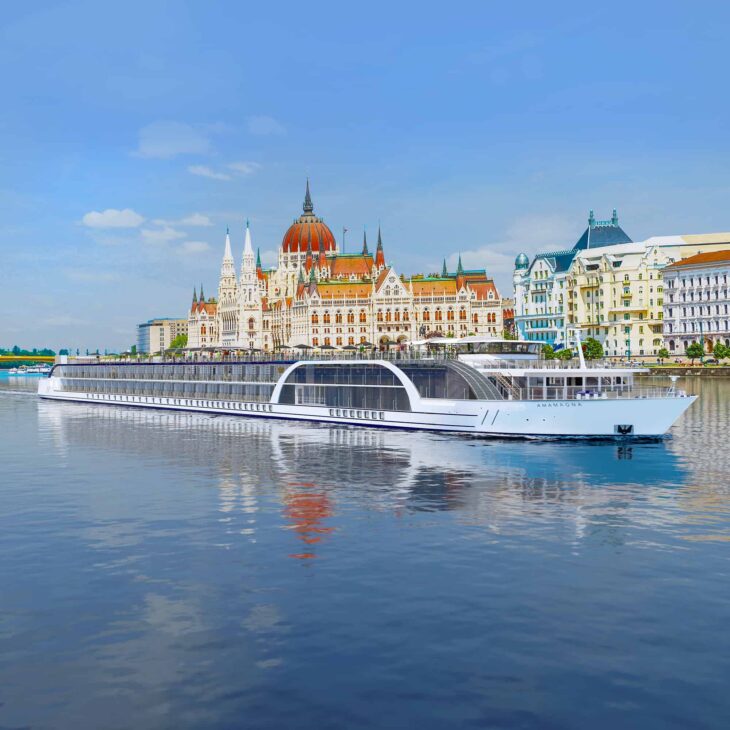 One of the most beautiful features of Budapest is the Danube river, which divides the city in half. Take in the city’s many lovely and historic bridges that span the length of the river, including the Chain Bridge, which is not only the Hungarian capital’s oldest bridge but also its most photogenic one, something that is no small feat considering the beautiful architectural geography of the city. Enjoy Budapest’s scenic cityscape from the Danube and take in the Hungarian capital’s majesty. 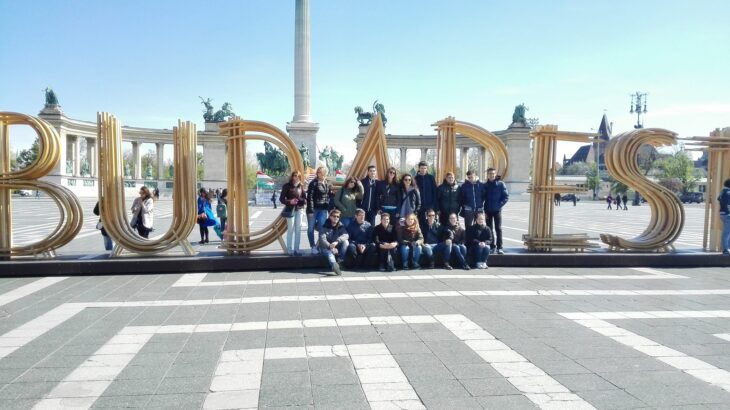 Of course, as with most other major cities, Budapest is best explored on foot. Book here a free walking tour in Budapest and wander through the Buda Castle Quarter and Andrássy Avenue, taking time to explore the city’s most interesting sights alongside a knowledgeable guide who can steer you to the hidden jewels of Budapest. Explore the Hungarian capital at a relaxing pace while you absorb its history, culture, and fascinating present.

5. Get a Taste of Historical Hungary 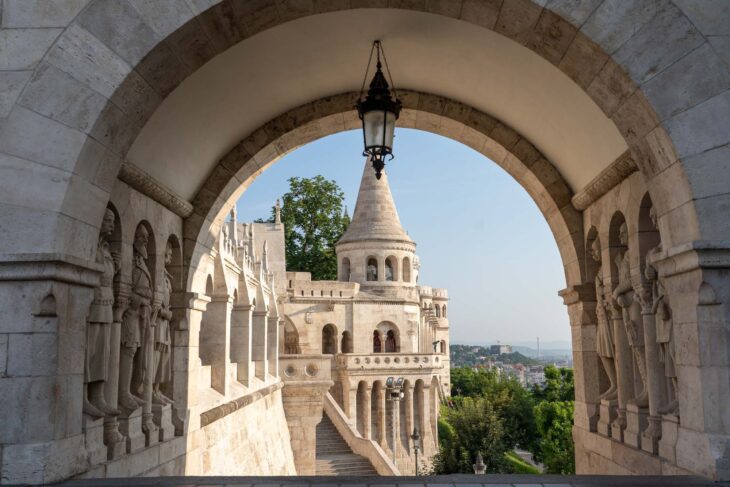 If you’re a history buff, make sure you find the time to explore the Royal Palace located in the Belbuda district. First established by Béla IV in the mid-thirteenth century, the Royal Palace was razed and then rebuilt over the centuries to ward off invaders. Now, the Palace is home to the National Gallery and the Historical Museum of Budapest, where you’ll get a chance to explore ruins from the 14th to 17th centuries and a long list of other museums that explore everything from marzipan to military uniforms. 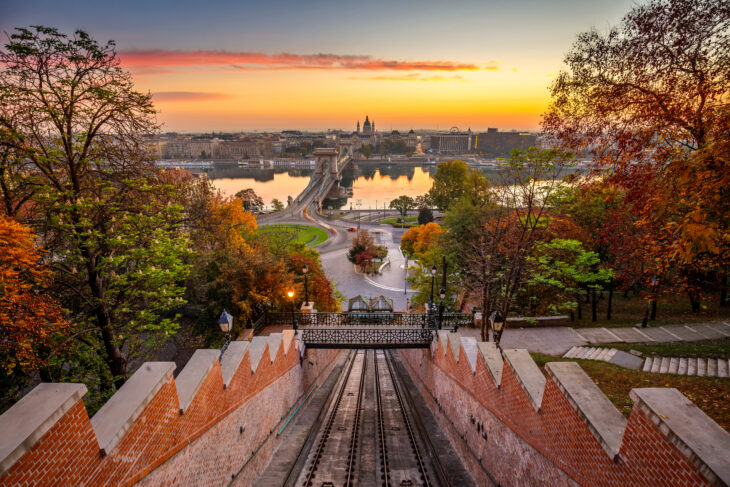 In the Hegyvidék (“Mount”) district, you’ll find the city’s most exclusive area featuring villas, embassies, and foreign residences, but you’ll also see that because of its largely untouched forests, it’s very popular for hikers and sports enthusiasts alike. Natural sights include the Black Pine monument, the giant sequoia, and the ancient sessile oak tree.

Another great outdoor place to discover is Memento Park. Located 10 kilometers southwest of the city, this park has dozens of statues and commemorative plaques of local and international heroes. You’ll find everything from a replica of Stalin’s boots to busts of Lenin and Marx. Set against the backdrop of lush, beautiful trees, Memento Park is not to be missed.

7. Take a Walk on Andrássy Avenue 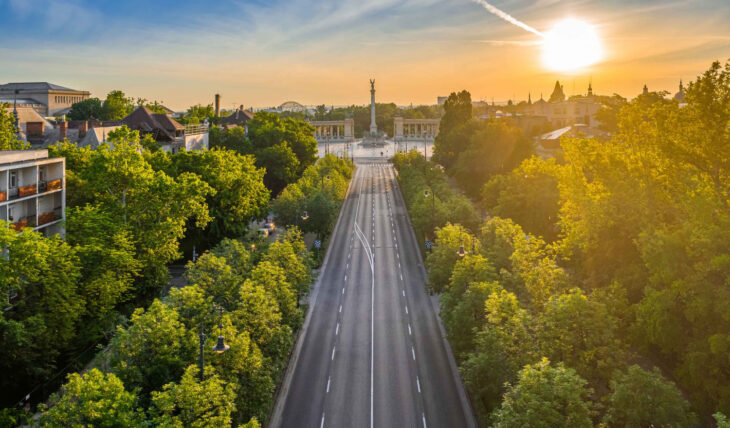 This street definitely deserves to be explored if you find yourself in Budapest. Beginning north of Deák Ferenc square and continuing for nearly 3 kilometers, Andrássy Avenue ends at the world-famous Heroes’ Square (Hősök tere in Hungarian), which was declared a UNESCO World Heritage Site in 1987. Long considered the largest and most important square in Budapest, the monument’s defining characteristic is the Millenary Monument, which was designed in 1896 to commemorate the 1000th anniversary of the Hungarian conquest of the Carpathian Basin.

Since you’re in the area, make sure to check out City Park, the nearly square kilometer park with long ties to the city’s history. Within City Park, you will find a restaurant, a zoo, and botanical garden, the Széchenyi Medicinal Baths and Swimming Pool, Vajdahunyad Castle, and the renowned Museum of Fine Arts with collections ranging from Ancient Egyptian art to sculptures by Rodin and Meunier.

There’s one certain thing: you won’t run out of fun activities during your time in Budapest. The Hungarian capital is cosmopolitan and diverse enough to provide any lucky visitors with loads to experience and lots of exciting foods to try, including goulash, the fish soup called halászlé, and the sponge cake called somlói galuska. So whether you find yourself in the Hungarian capital for a couple of days or an entire month, you’re sure to find amazing activities and experiences to make your stay in Budapest something that you’ll remember for the rest of your life.

6 Tips for Finding the Best Janitorial Services in Texas

7 Most Common DIY Projects and Repairs