Another good reason for teens to have restricted use of technology that makes it easier for stupid stuff to happen: a 13-year-old girl allegedly took a picture on SnapChat of her mother and 14-year-old sister — both topless in a hot tub — and it got spread around a couple of Missouri high schools.

“I wasn’t posing, I was getting out of the tub,” the anonymous mom told KMOV news about the photo. She said her 13-year-old daughter was trying to be silly by taking the pic and was told to delete the photo immediately. Except someone else was able to grab it off Snapchat and, surprise, passed it to other people. (Images and videos on Snapchat delete themselves from the company’s servers after 10 seconds, yet can be easily grabbed by any of the recipients by taking a screenshot.)

But Missouri police are saying the photo had “sexual overtones” and are concerned why the mom and 14-year-old were in a hot tub topless together.  “The issue here is the fact the daughter was 14 and the mother was clearly present and involved when the photo was taken,” said prosecutor Tim Lohmar. He believes the photo was “posed” and the mom made a “poor choice.” But what does “sexual overtones” even mean? Because they were topless, does that make the image inherently sexual? 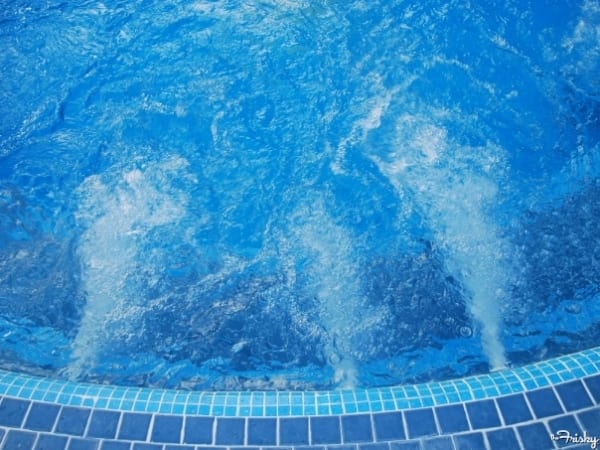 The mom — whose identity is being hidden so as to protect her daughters’ anonymity — has been charged with misdemeanor child endangerment. But suppose the mom is telling the truth? It’s not illegal for a mother to be topless in a hot tub with her teen daughter, although it might be strange in our generally prudish American culture. Suppose one of her kids did just snap a photo at an inopportune time and it got wildly out of control, as anything involving boobs and teenagers tends to do? Put another way, would this mother have been charged with misdemeanor child endangerment if she had taken her children to a nude beach? No, of course not. Because the problem here is the creation of the images, not the fact the situation the photo was taken existed in the first place. And the photo was taken by the 13-year-old kid.

I’m not suggesting that the 13-year-old be hauled away for the creation of child pornography — although I would certainly take her cell phone away from her, delete SnapChat, and require her to be on the receiving end of a scary lecture about inappropriate photos of minors and the law.  It sounds to me like that kid is the one ultimately who ultimately made a “poor choice,” not the mom.

Deck Your Halls With This Christmas Ornament Cat “Fascinator” From Etsy

How GPS Tracks Us and Its Potential for...

5 Advantages of Using a Flexible PCB –...