Toughest Parts Of Being A Female Software Engineer

Can you think of a single reason why it’s tough to be a female software engineer? Software engineering has historically been a male-dominant field. This, naturally, makes it harder for a woman to make a name for herself. But the issues stem from other things.

Namely, most of the mentors and experts in the field are men. This isn’t the only issue but it is the biggest one that female software engineers face on a daily bases.

In this article, we are going to hopefully try and explain the various issues as to what it takes to be a software engineer, as well as, the toughest parts of being one.

Without wasting too much of your time, let’s begin.

A Woman in a Male-Dominant Field 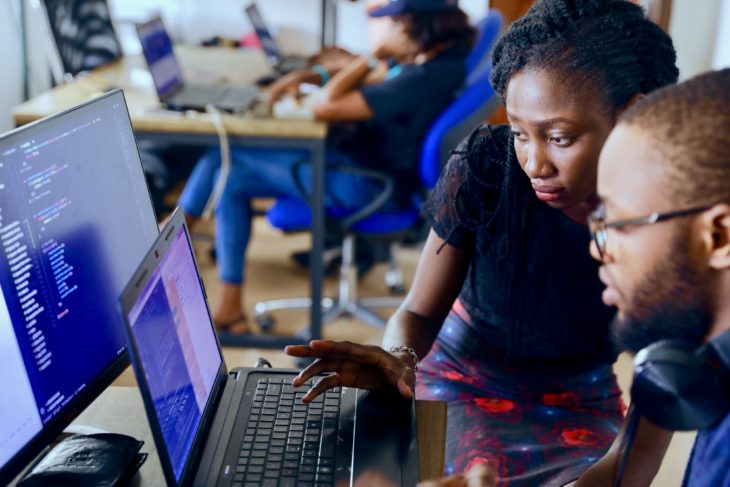 Hundreds of studies and researches have been done on this subject. Why is this a male-dominant field?

The short answer is that men tend to use computers more from an early age, this creating a liking for the field. The long answer combines the short answer and the fact that women tend to go into other fields such as medicine.

While some fields are quite level such as economics and law, women tend to be the leaders in various social fields, education, and the one we mentioned before, medicine.

What’s even more interesting is that women used to go into IT and software engineering more in the past than they do now. A study from the same organization back in 1985 showed that women accounted for 38% of all bachelor’s degree recipients. For comparison, the number of female recipients in 2015 was only 16%.

Back in 2017, Github wanted to do research and gather insight from their open-source development community on their platform. Github is a platform that brings together hundreds of thousands of developers and designers and allows them to work on projects through online repositories. Naturally, this makes Github the leader in repository hosting services and they have the audience to conduct a large-scale survey.

They asked about the gender of the participants, and the result was incredibly imbalanced. As much as 95% of all participants, 5,500 in total, said they were male while only 3% were female, 1% said non-binary, and 1% didn’t specify. 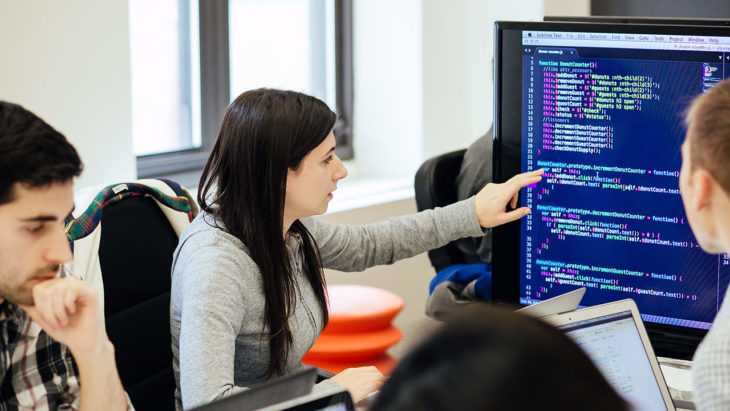 Every person that strives for success in their field needs a mentor to guide them throughout the journey. This is something very popular in IT. But can you see the issue at hand?

With so few women in IT, and especially software engineering, there aren’t any role models for women to look up to when learning the trade.

Mentorship is an important aspect of developing one’s career. Many female software engineers can relate to the fact that every single manager they’ve had has been male.

Very few can find themselves working in this area and those that do advocate for changes. These changes stem only from the fact that women go into work every day with the thought of “this isn’t for me”.

The lack of mentorship can really harm a person’s will to learn and stride in their respective field, and this is a very real problem with women and IT.

However, one final note before we move on is the fact that the number of female software engineers that leave the industry is 56% compared to 25% for men. 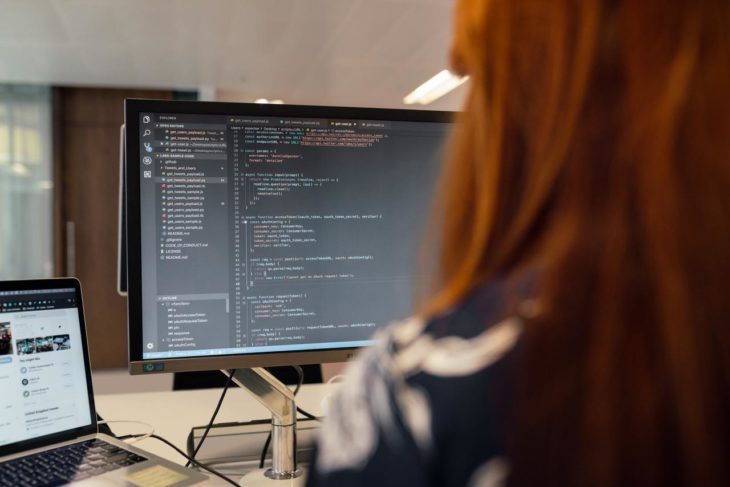 It’s not all doom and gloom for women in IT, and especially software engineering. While men tend to learn programming languages faster due to biological reasons, that doesn’t mean that every single male out there will be a better programmer.

Women might be heavily underrepresented but they can find jobs much easier due to certain gender balance quotas that every American IT company has to abide by.

What this means is that a woman competing with a man will have a bigger chance of landing a software engineering job despite being less qualified and have fewer skills than her male counterpart.

Furthermore, women tend to move onto other areas of the fields such as managers. This is the time when a woman decides she doesn’t want to write code anymore and has the necessary background to hang her keyboard and go into management.

Men, on the other hand, love writing code, so they tend to stick around as software engineers despite being more than qualified to take a more managerial role in a company.

With all that said, times are changing and more and more women are entering into IT for a chance to make a great career. IT is an industry that pays well and discriminates the least. Men and women tend to be paid the same, even if the woman is less qualified and less skilled.

Silicon Valley is a growing industry for female developers and designers, and we have the numbers to show for it. One thing that goes against females in Silicon Valley is the fact that only 12% of all startups are women.

There is still much work to be done to persuade women to go into IT and especially fields such as software engineers. Women tend to be better designers than men, but the software development world still belongs to the female spectrum.

With all that said, women software engineers are making excellent strides in some of the world’s most inspiring companies and startups.