I’m spending this month traveling around Europe and documenting my adventures for The Frisky. So far I’ve said awkward things in cheese shops in Paris and braved the terrifying highways of Italy … today we’re talking London!

When I first arrived in London I went straight to a coffee shop and ordered an earl grey tea and a scone, because it seemed like the British thing to do. When my scone arrived it was accompanied by a little glass pot of preserves and a tub of something called clotted cream. I squealed with glee at my tiny corner table, smearing the strange and delicious condiments onto the warm scone and taking a bite. And let me tell you: that cool, sweet, clotted cream, whatever it was, brought me as close to true happiness as a dairy product can.

My first UK google search was “What the f**k is clotted cream and where has it been all my life?”

The rest of my time in London progressed in a similar fashion — discovering new things and pleasant surprises around every corner. Such as…

British food has a reputation for being greasy and bland. I found this to be completely off base. Starting with that heavenly clotted cream, the food in London was consistently fantastic. In fact, can I say something shocking and inflammatory? I think I liked the food in London better than the food in Rome. I KNOW. I’m half Italian so that statement is straight-up blasphemy but I’m serious: meal after meal after the meal has impressed me and endeared me to the exciting and diverse London food scene. 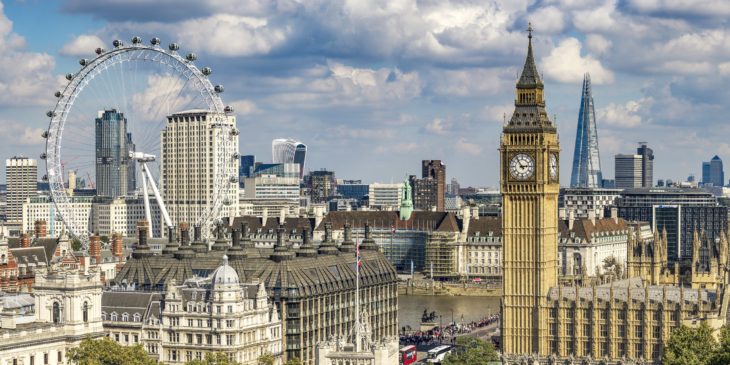 And mushy peas? My god, the mushy peas. Here’s the thing: I have a policy that I only eat food that I would be friends with if the food were a person. I refuse to associate with cucumbers, for example, because can you imagine being stuck at a party with a cucumber? A cucumber, if it can be bothered to talk at all, is going to blabber on about its collection of antique alarm clocks. Boring. Mushy peas, on the other hand — mushy peas are wacky and salty and a little bit nerdy. I would be BFF with mushy peas. So to have them served on the side of basically every meal? Life dream status.

I explored this 5-story wonderland for hours. By the time stumbled out of the store, I was on the verge of a diabetic coma from eating gummy worms the size of pythons and had decided my new life goal was to get a job as the Official Hamley’s Yo-Yo Demonstrator. First order of business: learn how to yo-yo. 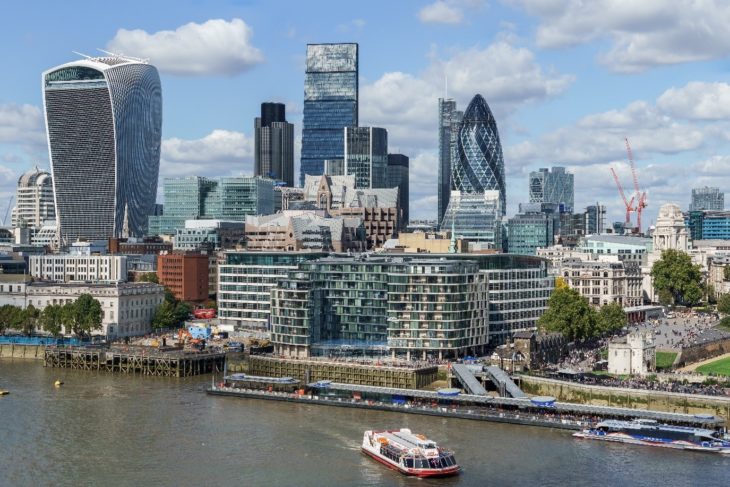 Everyone in London wears opaque black tights. Seriously, everyone and they all look great. I especially love the combo of floaty white mini dresses over thick black tights–so chic. I bought a pair of black tights here to see what all the fuss is about, and wow, British tights mean business. They are the softest, stretchiest, most opaque hosiery I’ve ever worn. Hopefully, customs won’t confiscate them on my way back to the states. 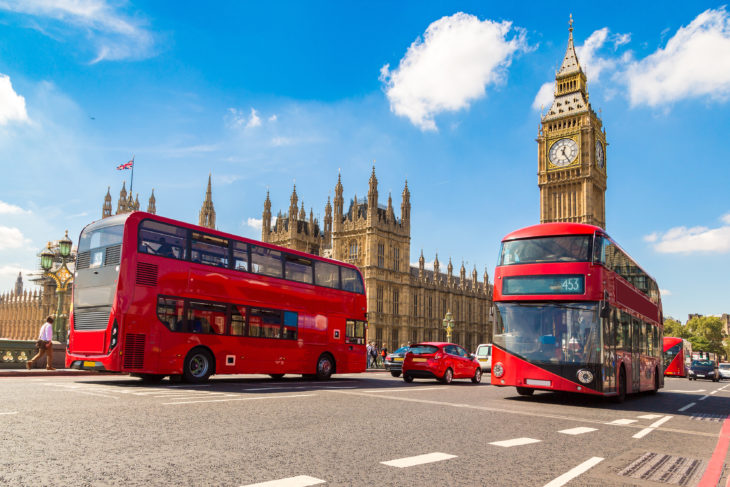 The London Eye–a giant Ferris wheel on the bank of the River Thames–offers a panoramic view of the entire city. I was hesitant about the price tag (it costs about 20 pounds) but after a few friends assured me it was worth it, my boyfriend Nick and I decided to brave the lines (and the heights) and go for a ride.

After we had paid for our tickets the guy at the counter handed us some 3D glasses and said, “Your ticket also grants you entry into the London Eye 4D Experience.”

I laughed because I thought he’d misspoke, but he just stared back at me, unblinking.

“Is there even such a thing as the fourth dimension?” I asked, half-hoping to spark a metaphysical discussion with the stonefaced teenager.

“The fourth dimension is the physical effects,” he said, and suddenly a woman was shuttling Nick and me down a dark corridor. She shoved us toward a bench in a green room. A spotlight blinded us. “Smile now!” came a man’s voice from somewhere to the right. “Now walk forward! Keep moving!”

We were in a single file line now, being herded into 4 standing rows. I was getting nervous that the “4D experience” was actually a cover for some kind of tourist slaughterhouse. Then the lights went out.

I grabbed Nick’s arm. “I think I hate the 4th dimension,” I whispered, and that’s when someone spits on my neck. Well, at least that’s what it felt like: a giant, lukewarm loogie hit hitting me right under my ponytail. “I’ve been hit!” I screamed. And suddenly everyone was screaming too. Nick got splashed in the cheek. “What the hell?” he said, smearing the liquid around in his fingers. “It smells like soap.”

And just when we were about to make a break for it a movie screen in the front clicked on. An adorable little girl was frolicking around London to an adorable Coldplay soundtrack, surrounded by adorable 3D bubbles. Now there were actual bubbles around us, being spit out by machines above our heads that had apparently malfunctioned and coated us in frothy soap solution a moment earlier. I reached out and popped a bubble in front of Nick’s nose. The 4th dimension had become my favorite dimension of all.

After the movie we were funneled outside and onto the London Eye, which was cool too, sure, but man, the 4D Experience, in all its sticky, confusing glory, is the one I’ll never forget.

First Date With A Hot Guy, As Narrated By My Hormones