True Story: I Had A Massive Uterine Polyp

I ended up in the ER gushing so much blood from my vagina that the nurses thought I would bleed out and die.

“Are you pregnant?” they asked, thinking perhaps it could be attributed to a miscarriage.

They seemed perplexed – and remained perplexed even after doing an examination and shoving multiple gauze pads into my vagina to try to sop up some of the bleedings. The experience was far more disgusting and disturbing than I could ever describe. Let’s just say that blood clots the size of my finger oozed out of me. YEAH. To make it even worse, after all the gauze-ing and prodding, the nurses still had no idea what the cause of the bleeding was.

“We’re going to have to wait for the on-call OB-GYN doctor to get here,” they finally decided.

One IV, five mega-absorbent gauze pads, and four hours later, the doctor arrived, did an exam and found the cause of my problem: a giant uterine polyp. For those who are unfamiliar with what a polyp is — consider yourself lucky! Polyps are typically benign growths attached to the uterine wall by a large base or thin stalk – no definitive cause is known, but they’re linked to hormonal levels and grow in response to circulating estrogen. They usually stay contained in the uterus, but in my case, the polyp was so big that it slipped down into my vagina. 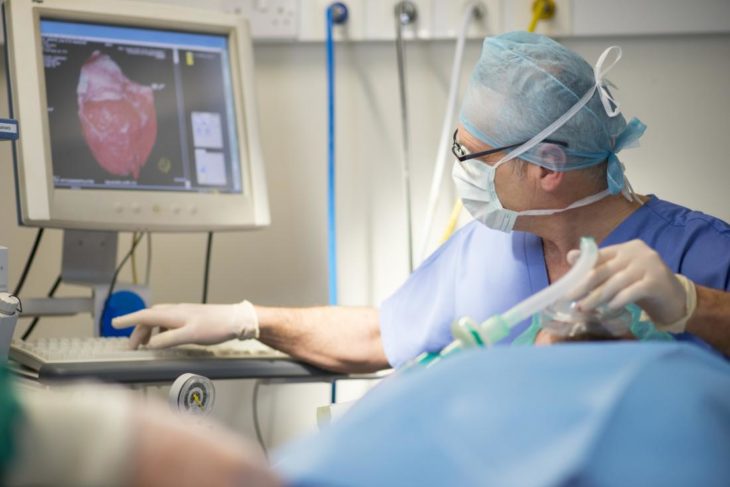 “Have you been noticing bleeding after intercourse?” the OB-GYN questioned.

I had been. For some months, actually. But I never took it seriously because I had a gynecologist and did routine visits to ensure my vagina’s health. She never said anything about a polyp and even told me that a little bit of bleeding post-coital fun is pretty common. At the time, I thought it was pretty strange, but with her reassurance I just let it go.

I paid for that decision with months of discomfort and disruption in my life. It would take six months from that day in the ER before I finally had the polyp removed. Six months of living in fear that if I left my house, there would be stains all over my clothes as if I were a teenager just now learning how to use sanitary napkins or tampons. Six godforsaken months of being poked, prodded, vaginally probed and passed around to various doctors for intimate examinations.

The six-month mission to finally remove the polyp wasn’t particularly typical. It was mostly the result of incompetence and my ignorance/reliance on the opinions of doctors. Remember that first ER OB-GYN that did an examination and found the growth? Yeah, well she could’ve removed it right then and there, but instead decided that it would be “more comfortable” if I did it in her office a few days later. I agreed, mostly because I didn’t know any better and just wanted someone to take care of me. Only after arriving at her office for my appointment did I find out that she did not accept my insurance. She advised me to change my plan to one that her office would accept, and I tried — but that ultimately failed, and two months later I still did not have anything she would accept.

So I returned to my original gyno – the one who told me I shouldn’t be worried about the bleeding after sex and failed to spot the polyp months earlier – hoping that she would remove it as soon as possible.

“We are going to have to schedule you for surgery in the OR!” she exclaimed, “This polyp is far too big to remove in my office — you could bleed to death.”

She handed me a referral for a hysteroscopy — a procedure where a tube and fluids are inserted into the vagina to examine the cervix and uterus (what I now refer to as being stuffed and basted) — and told me to return with the results. It was another three weeks of bleeding profusely before I was able to have the examination and another week on top of that before my next appointment with the doctor. So, I waited. I got stuffed and basted. I waited some more. Then, finally, I returned to the doc. 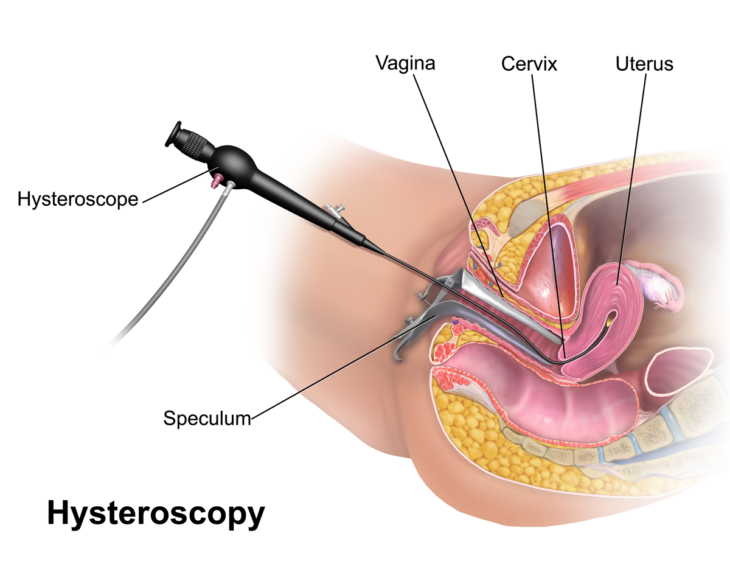 “Yup, just as I thought,” she responded, “this is too big to remove in-office. I’ll refer you to my colleague who does OB-GYN surgery.”

Another whole week later, I finally had an appointment with the doctor who would be doing the surgery. The office was a chaotic mess with papers strewn everywhere and a disheveled-looking receptionist seated to the rear looking like she hated life. I signed in, then sat in the waiting room for what seemed like an hour. Finally, the doctor came out and called my name. We walked back to her office, while I essentially begged and pleaded with her to help me, to get rid of the damn polyp so I could return to having a normal life and not go broke from buying extra absorbent pads every two days.

“Well, I can take a look at it but I am going on vacation for a month, so more than likely the surgery will be scheduled for two months from today,” she said haphazardly.

I almost snatched her. Now, I am not typically easily angered, but why and how the hell can a doctor tell a patient that they will be left in discomfort for months because of an impending vacation? I straight up told her that I didn’t want her examining shit and stomped out of the office like a child throwing a tantrum. Yes, I was mad. But mostly, I was disappointed, in pain, and still very desperate. Tears welled up in my eyes as I walked back to my car.

At that point, I decided I was going to do things on my terms. The next doctor I saw was going to remove that damn polyp and I wouldn’t see anyone who would not or could not respect those wishes.

Luckily, I didn’t have to look too hard or too far. With a simple Google search (amen to modern technology), I found a doctor whose office was near a hospital — Dr. Zaheda Muhammad. And she was available right away. I told her that I had been experiencing heavy bleeding for months and just wanted my life back – and I didn’t want to go to an OR for surgery. I told her about the doctor who expected me to wait for months while she went on vacation and the other who didn’t treat me while in the ER. She listened compassionately and nodded.

“Alright, well, let me take a look,” she said with a polite smile. I was hesitant, tired of doctors “taking looks” and then not helping me, but agreed. She poked around, prodded a bit, and a few uncomfortable moments later…

“Well, here it is!” she exclaimed as if she had struck gold. The now removed polyp was clasped between the forceps in her grasp, held up for me to see. I started to cry in relief. 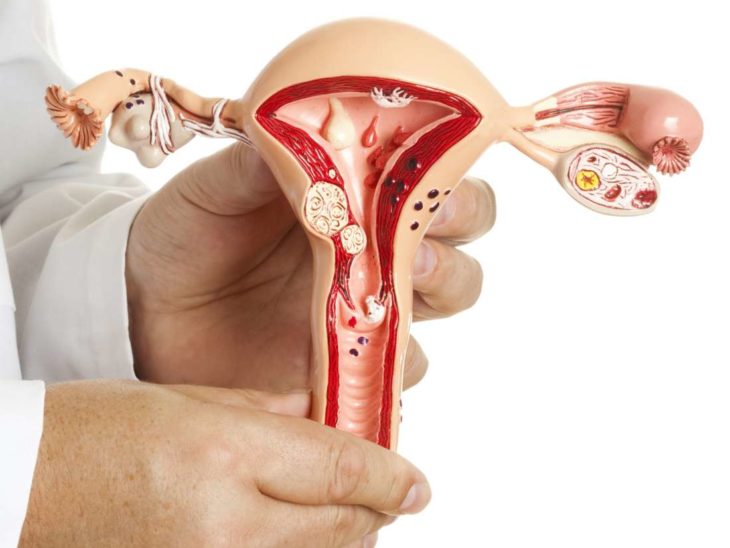 “That’s a big one!” she said, still smiling. She dropped it into a sample container to send it off to the lab to make sure it was benign. “See?”

I looked at the polyp and cursed it under my breath as the tears dripped down my face. Finally, I had my life back.