Well, that’s not really accurate. I do practice a method of birth control, one that’s commonly relegated to the realm of hippies and the uber-religious. And although I am neither super crunchy nor super Christian, this method — the Fertility Awareness Method — is what is working for me. It’s easy, accurate, and helping me avoid pregnancy without any of the side effects of hormonal methods.

I’d used hormonal birth control, all sorts of different pills including Ortho Tri-Cyclen Lo, Yaz and Alesse, for almost nine years. I’d been using the NuvaRing for about a year, but the insurance I had at the time kept refusing to pay for it, thus costing me roughly $90 every month on my freelancer’s income. While I never had any particularly negative affects from hormones (other than some vaginal dryness and a very variable sex drive) I was curious to see what my body would feel like without it. I was ready for a change. I’m in my late 20s and in a long-term, committed relationship with a man with whom I’d like to have children. Going off of hormonal methods didn’t seem like a crazy choice, especially since I’d like to try to get pregnant sometime in the not-so-distant future.

After doing a little research, I decided to practice the Fertility Awareness Method, as laid out in the truly amazing book Taking Charge of Your Fertility by Toni Weschler. FAM (sometimes called the symptothermal method) is commonly used when people are trying to have a baby, but it can be just as easily used for avoiding a baby as well. Basically, FAM involves recording and charting your body’s fertility signals throughout your menstrual cycle, including your cervical mucus and your temperature. The idea is that you use a barrier method of birth control (or abstain altogether) when you are fertile. 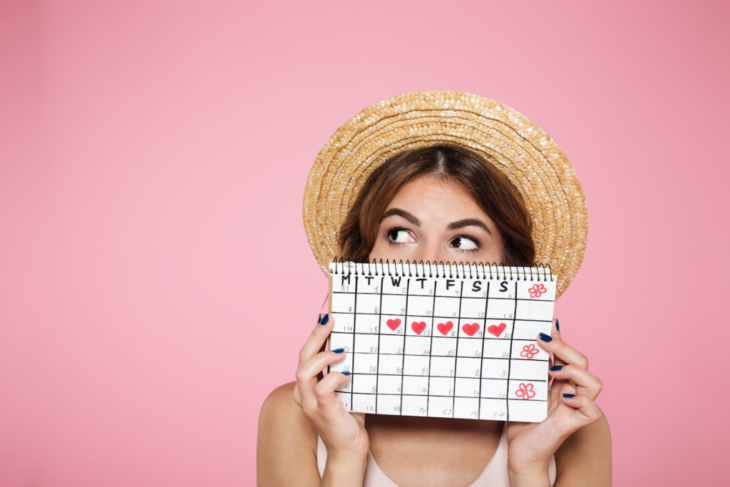 You know how some days you have, like, a lot of wetness (vaginal discharge) in your underwear and some days you don’t? Well, that’s correlated to your fertility — and it’s coming from your cervix, not your vagina. The changes in cervical mucus that you experience throughout your menstrual cycle (usually from dry to sticky to watery to creamy to the slippery, stretchy texture of egg white) give important clues about how close you are to ovulation. Taking your temperature does the same thing; Your basal body temperature will usually go up by at least 0.3 degrees after ovulation, due to the surge of the hormone progesterone in your body. So, by paying attention to both of these aspects, it’s easy to tell when you are fertile and likely to conceive and when you are not. Some women also chart and track the position of their cervix, which can also change throughout the cycle.

Let me stress one thing: FAM is not the much-maligned rhythm method. Although both methods rely on cycle awareness, FAM is symptom-based and rhythm is calendar-based. That means that the rhythm method relies on your cycle being the same every month (which isn’t too reliable) while FAM uses your body’s own signals each month. (In other words, no, FAM is not the thing that creepy old priest recommended to your mom in the late ’70s.) The effectiveness of FAM is somewhat debated; Planned Parenthood reports that out of 100 couples who use the symptothermal method perfectly for one year, less than one (0.4, in fact) will conceive a pregnancy. However, other research suggests rates from anywhere from 76 percent  to 99 percent based on accuracy of use. In other words, you need to do it right–all the time–for this method of birth control to work. FAM is about as effective as condoms when practiced correctly 100 percent of the time.

When I started tuning in to my body’s signals about about fertility, I was absolutely blown away by what I learned. I mean, how did I get to be a grown-ass, sexually-active adult woman without any understanding that the fluid that comes out of your vagina is indicative of where you are in your cycle? I don’t know, but I’m certainly not the only one who operated for the majority of her reproductive life with a serious deficit in basic fertility knowledge: I just explained cervical fluid to two of my friends, who were absolutely shocked. I don’t know why this information isn’t covered in basic sex ed or written about in all those omnipresent women’s mag articles on fertility and contraception. We’re educated about the menstrual cycle and the hormones that play into it, but I don’t think it’s common knowledge that you can really only get pregnant for roughly seven to 10 days each month. It certainly wasn’t for me. 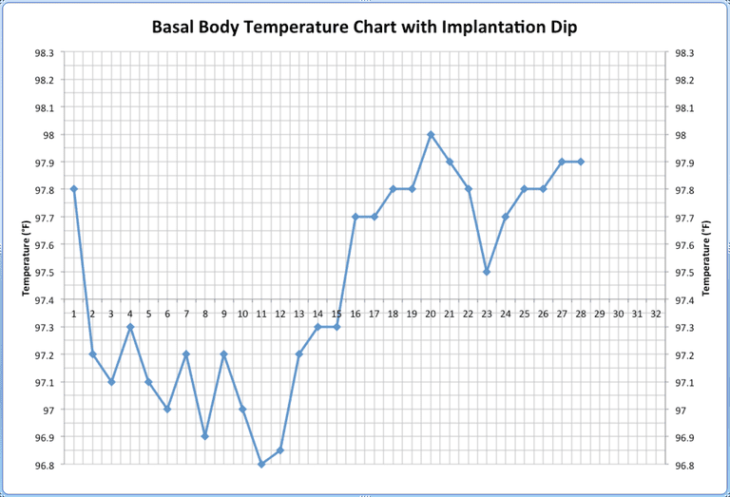 Most women learn about taking basal body temperature, in particular, once she is trying to conceive. I feel strongly, though, that this knowledge shouldn’t be limited to women who are trying to become mothers. I find it incredibly empowering to have an intimate relationship with the ebbs and flows of my own cycle, and to have a better understanding of why/how I feel the way I do at certain times of month. And honestly, I do like the way I feel without hormonal birth control; my moods are more stable, less spiky, and my sex drive is much better.

Here’s how I do FAM: I keep a thermometer under my pillow. Every morning, before I get out of bed, I take my temperature, then immediately roll over and record it in the handy little cycle app on my phone, Kindara (You have to temp first thing in the morning for an accurate body temperature, even before getting up to pee or anything). At some point throughout the day, I make a mental note of what my cervical fluid is doing. It’s pretty TMI, but I take a piece of toilet paper, hold it sortakinda in my vagina, and then bear down like I’m having a bowel movement. A little bit of cervical fluid will come out, usually. Then I record that in the app, too. And that’s it! When I get really fluidy (egg white fluid or “spinnbarkeit” as it’s sometimes called), I know that I’m close to ovulating.

Since I’ve been doing FAM for a year and a half now, I have a fairly accurate idea of when my fertile period is, so I start getting alert around day 7-ish. Then my boyfriend and I use condoms or simply don’t have sex. When I know I’m close to getting my period again, we can have unprotected sex fairly safely. Then I have my period, and it starts over again. Luckily, I’m fairly regular in terms of cycle length (mine is 23 to 5 days, somewhat shorter than the “ideal” cycle of 28 days, but still within the normal range), so FAM is a good option for me. When I came off of hormonal birth control, I had absolutely no idea what my cycle would be like, so I used condoms as my primary method for a few months, while also tracking my cycle. I got the hang of the whole business pretty quickly and now it’s almost second nature.

To be clear, FAM is not a method that will work for all women or all couples. If you don’t like getting all up in your own genital business to check your fluid levels, you probably wouldn’t dig it. FAM is likely also not a good option for those with polycystic ovary syndrome or irregular cycles, because it’s pretty important that you have a regular cycle for it to be effective. FAM is also something that you have to be very vigilant about for it to work; you have to be absolutely committed to recording your fertility signs every day and abstaining or using a barrier method during fertile times. FAM is not effortless, so it’s probably not a good contraception method for anyone who doesn’t want to actually put in the work or who tends to be lazy about birth control. No judgment, though — FAM would not have been the best choice for the perma-hungover, distracted woman I was in my early 20s, so thank god for hormonal birth control! But for 28-year-old me, it totally works. 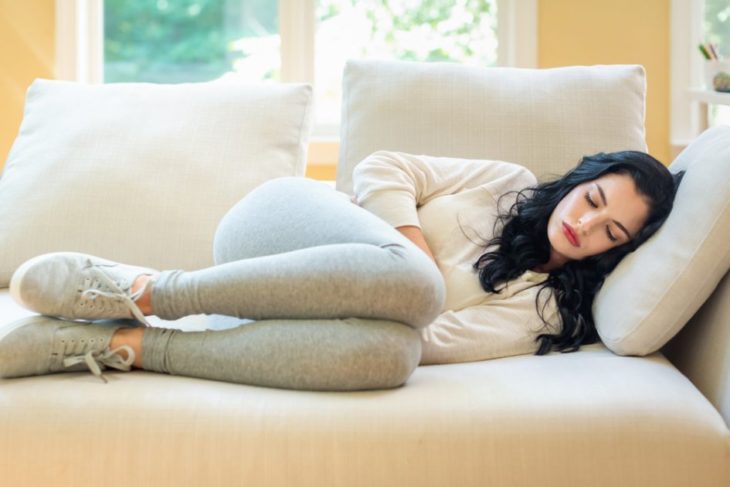 FAM gets a lot of flak for allegedly being complicated, but actually, taking my temperature takes about as long as it took it take a birth control pill. And, creepy as it may sound, I really enjoy being able to monitor my fertility through my cervical fluid. I’ve always had a hugely irrational fear that I’m infertile, so familiarizing myself with my own cycle before I actually try to get pregnant is reassuring — like if something really is wrong with me, I’ll have enough knowledge of what’s zooming around in my Fallopian tubes to be able to troubleshoot it. I’ve learned so much about what’s normal for me through practicing FAM: I know what my own cervix feels like and that I have a fairly short luteal phase. I know what my cervical fluid looks and feels like, so I can easily identify if I’m getting bacterial vaginosis or a yeast infection. I know when I ovulate (and that I am, in fact, a person who ovulates!). Sure, FAM is more labor-intensive than the pill, patch, ring or even an IUD, but for me the benefits of the method have far outweighed any of the drawbacks. It’s cheap, there are absolutely no side effects, and in 18 months of use, I haven’t gotten pregnant.

Whether you’re interested in practicing FAM as birth control, trying to conceive or if you just want to learn more about your body’s cycle, I can’t recommend Toni Weschler’s book enough. It’s gigantic, so you can keep it next to your bed and use it as something to take out the eye of an intruder, as well. But don’t be intimidated: it’s supremely easy to understand and I promise you’ll learn things about your ladyparts that you never knew before. You can also look for classes on FAM online or in your local area. I highly recommend tracking with Kindara, but there are other apps, too, like Glow, Clue, FAMnerd and more. And if you’re not a smartphone person, you can always chart using TCOYF.com, FertilityFriend.com, or good ol’ paper.

Astrology 101: How To Spot Each Sign … At Thanksgiving Dinner

Girl Talk: Being Content Is So Much Harder Than It Sounds