True Story: I Was Stalked By A Random Dude And My Friends Laughed About It

Last week, I had a stalker experience that left me feeling very uneasy. I frequent a Starbucks about a mile away from my house and sometimes just spend the entire day there writing. On one particular afternoon, a young man came into the cafe. I just happened to look up at that same exact moment and we made eye contact. I politely smiled, then returned to my work.

The following day, I was walking my dog on my street, when a very familiar guy approached me.

“Hey, didn’t I see you yesterday at Starbucks?” I asked the stranger. He haphazardly nodded, responded, “Yeah, I think so.” Then we both said goodbye and parted ways.

I didn’t think too much of it at first. I figured the guy just happened to live on my street. A coincidence, right? That was until I got home and checked my Facebook inbox and noticed one unread message in my “other” folder.

“Drop dead gorgeous,” it read, accompanied by the very familiar face I had just seen only moments earlier. I froze in disbelief. The random guy at Starbucks had not only managed to somehow find me on Facebook, but was also casually hanging out two steps away from my house. To confirm it was him, I responded by asking him if I had just seen him while walking my dog.

“I don’t know, think it was me,” he replied. He went on to lasciviously comment on my “lips” and “physique.”

I immediately got on the phone and rang my best friend who lived in the area.

“Some dude is stalking me and I really don’t feel comfortable staying here alone tonight, can I come stay at your house?” I asked.

“Stalking you?” he asked in disbelief. I explained the story and waited for his response of horror. Instead, he replied, “Oh, I’m sure it’s not that serious and I’m not even home right now. I’m studying for a big test.” 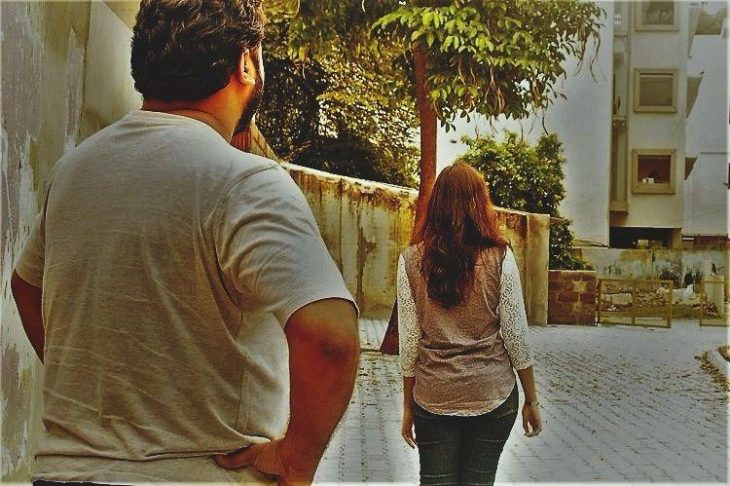 His response shocked me, but sadly, there were others like it made by friends when I divulged the tale to them:

“Did he say he wanted to rape you or something?”

“He could just be a really socially awkward guy that likes you a lot.”

“I’m sure it’s nothing to worry too much about.”

Yes, some of the people I knew responded to news that I was being stalked with those statements. To them, it was somehow excusable behavior or even flattering. After all, most stalkers and rapists definitely wear signs that read, “I am going to rape you.”

Luckily, I called my boyfriend and he was in no way amused. I didn’t want to alarm him at first, because he lives and works really far away and I just knew he would — without a question — drop everything he was doing to be by my side. And I am proud to say that is precisely what he did. Within a couple of hours he arrived to console me.

I am not sure when the question of my safety became a trivial matter to my friends. Perhaps I am somewhat at fault for that. I have been followed while walking on the street, groped on public transportation, screamed at and everything in between, but I never actually expressed the vulnerability I felt when I did — and still do — encounter those kinds of situations. Such stories usually became dinner party jokes; inconsequential occasions to laugh about after the fact. For me, it was a long told fact of life that I should feel uncomfortable in public because of men, so I figured expressing my true sentiments would make me sound weak.

When some of my friends laughed and dismissed my fears and anxieties, stirred up by stalker dude, that is precisely what I felt: weak. 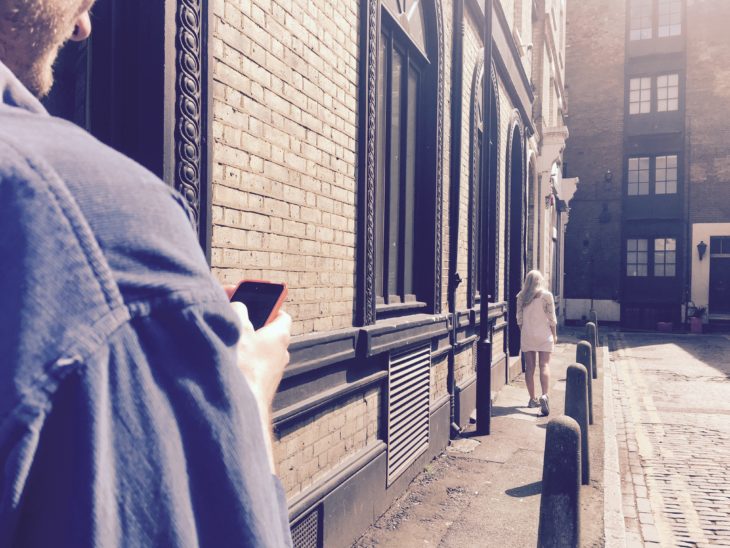 I was not angered, only saddened. I could not be offended by their responses because even I have participated in the minimizing and justifying of invasive, even harassing male behavior at the expense of my own — and perhaps a friend’s — safety or autonomy. That may have been our default response, because for most people, accepting fear requires a degree of vulnerability that may make some feel helpless.

If I did not minimize the feelings that overcame me when a man sat across from me with his hands down his pants playing with himself on the subway while smirking in my direction a few years ago, would I have ever gotten on a train again? The fact that not only was he doing it, but that I felt there was so little I could do about it at the time, made me not do anything at all … well, other than move seats and just laugh it off. I didn’t go looking for the train conductor or a police officer. I didn’t inform or seek assistance from a fellow passenger. I just continued to sit alone, switched on my iPod and carried on with my traveling business.

What would I have done if he became violent? Tried to touch me or rape me?

I did not ask myself those questions, at the time, because I knew I would probably not be able to do very much to stop him and I refused to confront that feeling of helplessness.

However, this particular stalking scenario forced me to finally confront it. That unknown stranger, only a couple hundred feet away from my house, harboring unknown motives, ended my feigned ignorance. 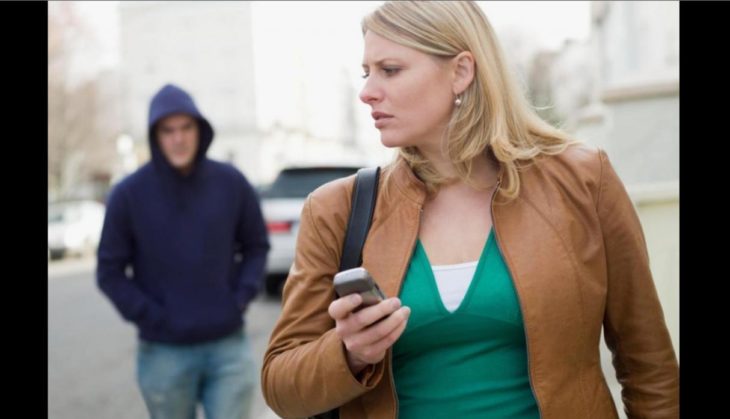 I have not seen the guy since last week and his messages stopped after I asked him how he found my Facebook. I guess that is his way of acknowledging that his actions were, indeed, creepy. However, that didn’t stop me and it most certainly did not stop my boyfriend from purchasing some self-defense tools. And the money I make from this post will go towards some much needed self defense classes.

No one should take their safety for granted, I certainly no longer do.

Things To Remember Before Investing in Crypto

Building Yourself Back Up After a Break Up