For most of my life I’ve been extremely afraid of flying. Up until a couple years ago, it was not uncommon for me to dig my fingernails into the thighs of the innocent passengers sitting next to me during takeoff, scream “Goodbye cruel world!” at the first sign of turbulence, or load up on so much anti-anxiety medication before my flight that I once tried to take a nap on a moving walkway at the airport. My first trip to Europe forced me to face my fears, because as scary as a 12-hour flight sounded, the idea of being too afraid to see the world was much, much scarier. I learned some coping techniques and chilled out quite a bit, but I would still categorize myself as an “extremely nervous flyer.”

Sometimes the only way to conquer a fear is to dive into it headfirst. Which is how I arrived at a tiny airport 20 miles outside of Portland, trying to hide my shaking knees as my flight instructor explained the basics of a smooth takeoff…

Two years ago, my boyfriend got me a flying lesson for my birthday to help me overcome my fear. Always the brave go-getter, I let the gift certificate languish in my desk drawer, too afraid to use it, until this past weekend. It was a beautiful sunny Saturday, and we were moving out of the state in a matter of weeks. I was out of excuses. It was now or never. 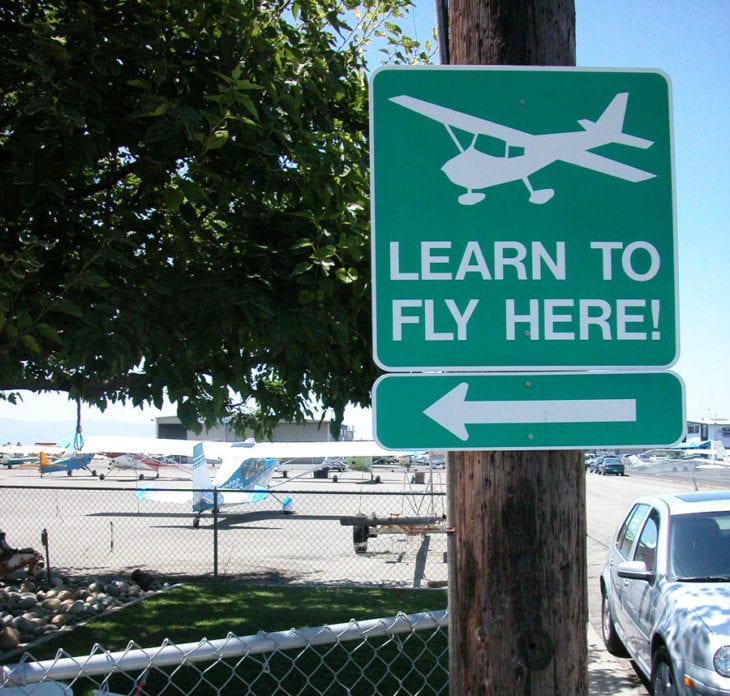 We arrived at Twin Oaks Airpark, a family-owned airport nestled in the beautiful farmland of Hillsboro, Oregon, and I met my flight instructor, Josh. He gave me a warm hello and immediately got down to business, handing me a headset and leading us over to a blue and white Cessna-150. The plane was much smaller than I’d expected. I couldn’t decide if that was a good thing or a bad thing, mostly because I was trying to suppress a massive panic attack. 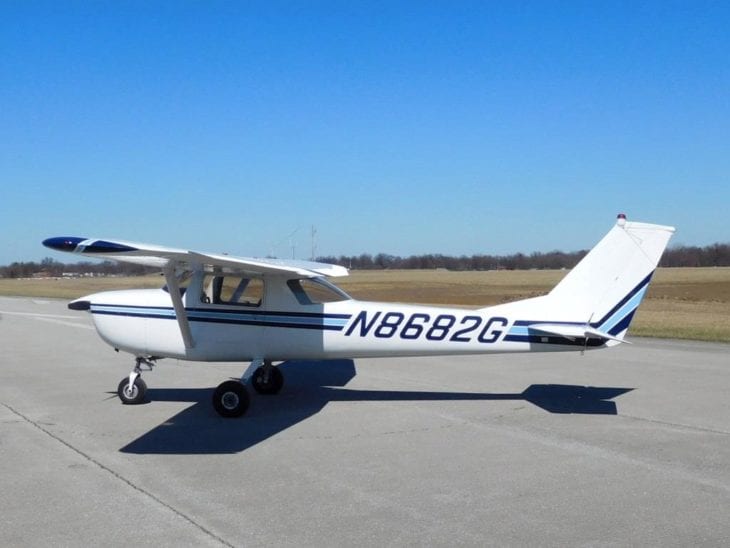 First we did a walk-around, which is an in-depth inspection of every part of the plane, starting with a tiny air intake valve under the wing. Josh explained what he was doing in a jumble of pilot jargon, until he noticed my eyes glazing and generously switched over to layman’s terms, which helped me understand about 20 [ercemt of what he was saying. He had me take a sample of the jet fuel and check it for abnormalities, and after we’d inspected everything from the hydraulic brakes to the oil in the engine, we switched our attention to the cockpit, where we checked the readings on approximately 600 different dials and gauges. The cockpit was tiny, but there were two yokes (basically plane steering wheels), one for me and one for him.

Josh was very thorough and his professionalism helped me feel a bit more at ease. I mean, this guy was checking to make sure there weren’t any dead bugs jammed in the smallest crevices of the wings. He didn’t seem like the type to overlook anything major, and he patiently answered every single one of my million questions.

“Alright,” Josh said, jotting down one last stat in his logbook. “Ready to go?”

I wasn’t ready. I had never been less ready for anything. I wanted to run away. But instead, I took a deep breath and hoisted myself up into the cockpit of that Cessna and put on my headset. I will look back on this moment for the rest of my life as proof that I am brave. 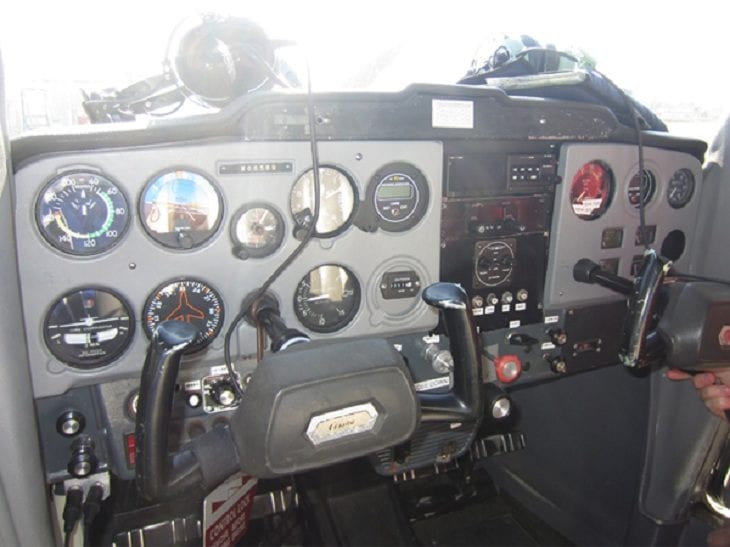 Josh hopped in next to me. I closed my door and started searching for a latch to lock it. “Ummm…is there a lock or something?”

“Push your body up against the door,” Josh instructed me with a wicked smile. “Does it open?”

All I could do was stare at him in horror.

I put my seatbelt on and Josh turned on the engine. The propeller started up and he instructed me on how to use the foot pedals to taxi onto the runway. I promptly steered us into the grass. “Maybe I’ll get us to the runway,” he said. I laughed nervously, and then heard a small clicking sound. I looked down and realized my seatbelt had popped out of place. Again, I looked over at Josh in horror, silently mouthing, “Really?”

“Oooohh yeah. That’s a Cessna design flaw. Sometimes the seatbelts come loose. When that happens, just click it back in.”

To recap: doors that pop open mid-flight and an unreliable seatbelt. This sounded like a recipe for certain death, but Josh didn’t seem worried, so I just swallowed another gulp of fear and clicked the buckle back into place.

“Now, I’m going to have you take off, and then once we’re at a safe altitude, I’ll be here to guide you, but you will get to control the plane.”

“I’m taking off?!” I shrieked, my voice crackling over the headset. I’d thought maybe I would get to try a turn or two once we were airborne, but a takeoff? And control of the plane?! 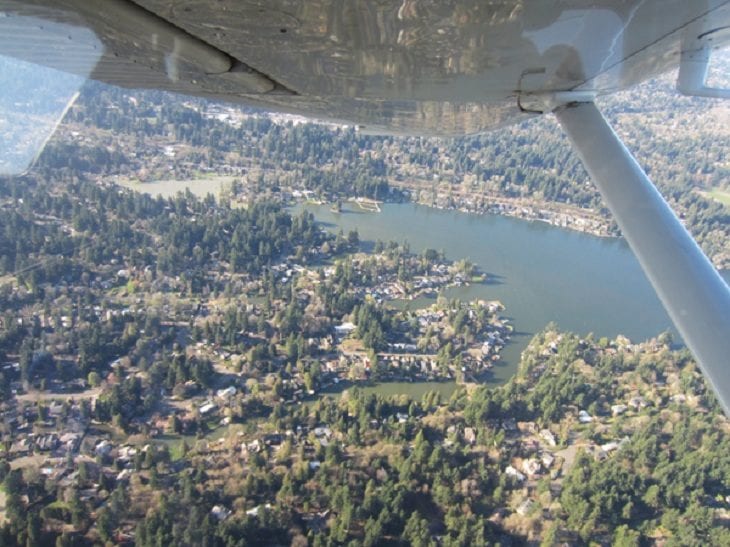 “Here we go,” Josh said, and we were off: speeding down the runway in a tiny plane with admitted design flaws. “Pull back on the yoke,” Josh instructed me, and my shaking hands obliged. “More,” he said, and as I pulled back I felt the plane start to lift off the ground. It was terrifying to watch the runway disappear behind us as we ascended up, up and away. It was also one of the most liberating, exhilarating feelings I’ve ever experienced.

Josh took over the controls for our ascent, but once we were in the air, he gestured toward the distant silhouette of Mt. Hood and said, “Point us toward the mountain.” I used my pinkie to meekly turn my yoke to the left, scared of overdoing it and sending us into a death spiral. Josh used his yoke to do small corrections, and sure enough, soon we were on course. “I’m flying a plane!” I gasped. “I’m flying a plane!”

The ride was incredibly bumpy–in a plane that small, you feel everything–and I wish I could say I transformed into a confident pilot the moment we took to the skies, but to be honest, I was on the edge of panic the entire time we were in the air. Especially when Josh insisted I try some tighter turns, which tilted the plane in such a way that my entire body weight was leaning against that door with no lock…

Really hoping the door doesn’t pop open at this point.

We were up in the air for about 20 minutes, and I actively flew the plane for probably half that time. After 10 minutes, I asked Josh if he could take over while I snapped some pictures, got used to the feeling of being 10,000 feet in the air, and breathed deeply. The view over Lake Oswego was gorgeous, and as scary as it was to be up so high, it was also indescribably cool. 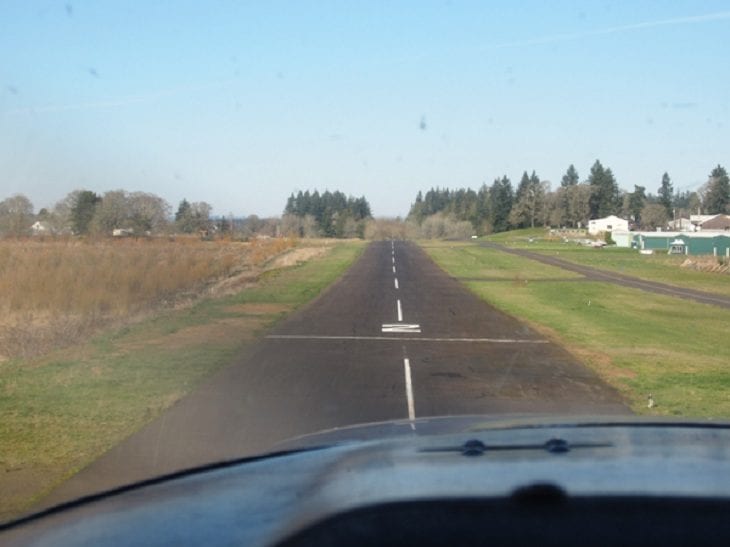 When we landed, I was so, so grateful to be back on the ground. I watched the other planes take off for a few minutes while Josh finished the post-flight plane inspection, and I couldn’t believe what I had just done. Had I cured my fear of flying? Absolutely not, but I had confronted it, and that fact alone made me feel like I was walking on air. 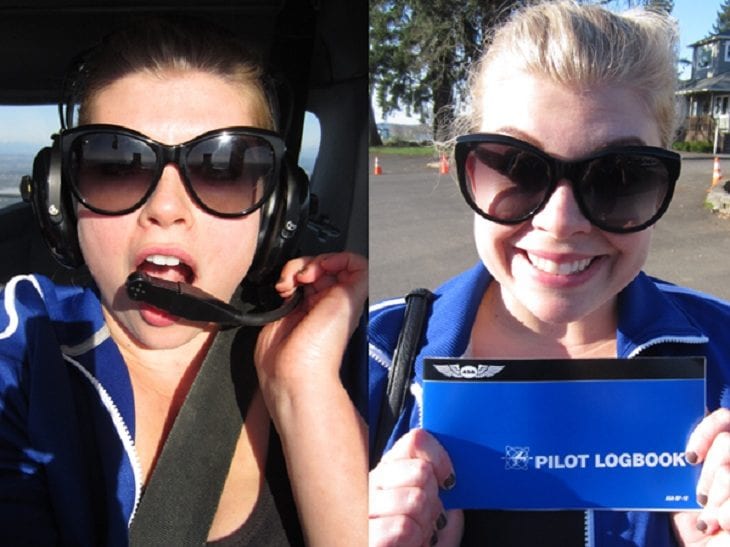 Back at the airport office, Josh handed me a pilot’s logbook with our flying time documented inside. “You’re 1% of the way to getting your pilot’s license,” he said with a smile.

I burst out laughing, but hey, you never know.

What is the Reason Princess Diana and Prince Charles Do Not Have More Children?

Who is Kim Kardashian’s Idol?

True Story: My Body’s Nobody’s Business But My...