True Story: My Gynecologist Found A Used Condom In My Vagina

I met up with Mark* on Friday night, eager to kiss my long workweek goodbye and roll into the weekend, drink in hand. We’d only been seeing each other a short time and hadn’t slept together yet, but if our chemistry over the last few of weeks was any indication of what was to come, we’d be doing the dirty sooner than later.

That night, we hopped around to some well-known bars in the area, having a beer here and a cocktail there. When night turned into morning, we headed back to his place and it didn’t take long before there was a trail of clothes from the front door to the bedroom. We made out for a while and were both aching to finally get it on. After about fifteen minutes of giving it a really good college try, it was pretty apparent that sex was not going to happen— at least not successfully. Mark would get hard, he’d strap on a condom and we’d try to get it in, but moments later he was limp as a wet noodle. Whiskey dick strikes again. We laughed it off and called it a night just as I was about to fall off the bed (I was pretty tipsy myself), but I vowed to try again in the morning when everything was back in working order.

The next morning, we woke up and it took less than 10 minutes for us to climb on top of each other. Mark grabbed a condom and YES — success! That morning, we had sex for almost three hours. We took a few breaks to pee and eat breakfast, but for the most part, it was just sex, recharge, sex, recharge, sex. We parted ways later that day, both feeling victorious. 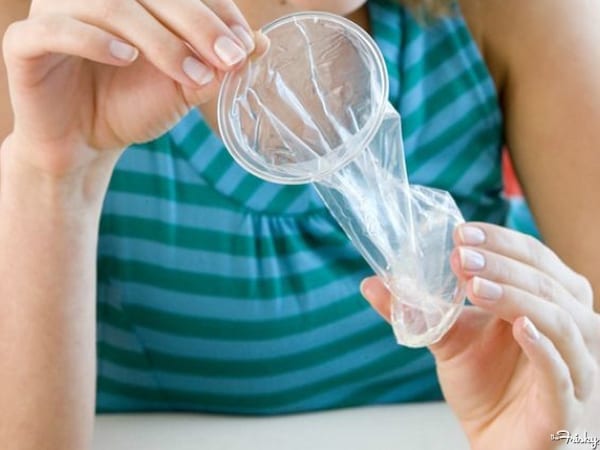 A few days later, I was due for my annual appointment with my gynecologist. Upon arriving, they asked me the usual questions: Are you having any pain when you urinate? No. Do you smoke? No. Are you sexually active? Yes. Are you using protection? Yes. You know the drill. Once I got into the stirrups and spread my legs, my doctor inserted the speculum and took a look. Seconds later, she started laughing, very obviously trying hard not to.

“How long ago did you have sex?” she asked.

“A few days ago, why? What’s so funny?” I replied back, curious and frankly disconcerted as to why my gyno took one glance into my vagina and started chuckling.

“Well, I assume you’re unaware that you have a condom inside of you?” she said smiling.

“I had NO idea!” I yelled, mortified. “No wonder things felt a little irritated today. I thought it was just from the sex!”

She grabbed an instrument that looked salad tongs, inserted them inside of me and pulled out a very in-tact, whole, used condom. The grossest part? There was still a little bit of semen in the tip. Thankfully, I’m on birth control and don’t have to worry about getting pregnant, but HOW DID HE NOT KNOW? Hell, how did I not know? I decided to get tested for STDs just to err on the side of caution anyway. 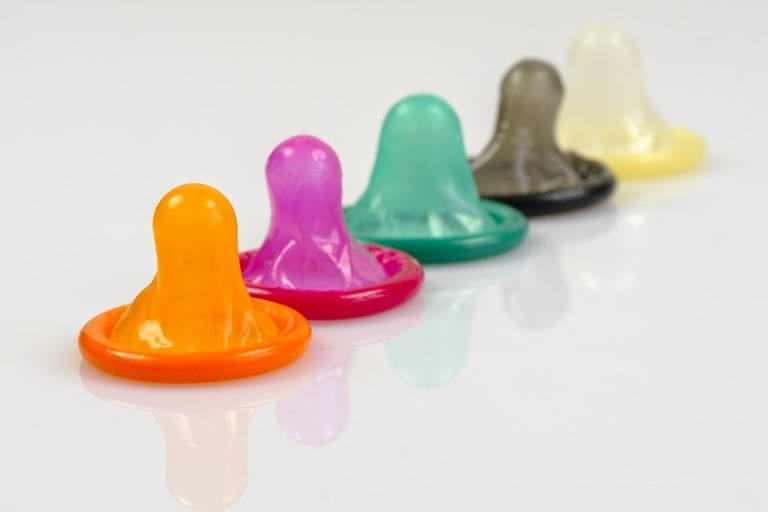 She continued to tell me she was glad I had a pre-scheduled appointment, because the condom was so far inside up there that it likely wouldn’t have fallen out on its own and could have become infected very easily. When I left the doctor that day, I called Mark to grill him about the missing condom. Completely unaware that it was MIA, Mark swore up and down that he didn’t even notice it was missing, let alone the time of its disappearance. (I like to think the sex was so good that he was in a temporary state of transcendent euphoria.)

Although I’m not so thrilled about having a crotch hungry for condoms, I’m just glad we found the thing. Maybe it’ll even give the doctor a good story to share with her husband when he asks how her day was. After all, I was the first patient of hers to ever have a condom stuck in my vag. I like to think it will be my claim to fame around those parts. And similarly to the way nurses and doctors take inventory before they close up a surgical patient to make sure they didn’t leave any scissors or scalpels in there, I suggest you all take vaginal inventory the next time anything passes “go.” Let this be a lesson to you all.

* Names have been changed to protect the dude who lost the condom.

True Story: I Accepted A Marriage Proposal After Only 5 Months Of Dating

Democratic Staffers Made Spotify Playlists For The Convention, And Here Are 10 Songs They Should Have Included