Let’s face it – safe sex is the best sex. While condoms are an excellent contraceptive method, primarily preffered by nearly 54% of men across the United States as their primary or only contraceptive method. While preventing unwanted pregnancy is an added benefit of condoms, they are also extremely important when looking to prevent sexually transmitted diseases (STD’s) such as HIV, AIDS, genital herpes and more.

Traditional condoms are undoubtably a popular contraceptive method when it comes to sex, however, there are individuals with latex allergies who prefer to continue relying on other birth control methods to prevent unwanted pregnancies – but this leaves virtually no protection against contracting STD’s.

Condomania, the largest online retailer for condoms in the US and formerly a brick and mortr store in Manhattan founded in 1991 provides its customers with access to safe, reliable sex products as well as sex education resources. Over the past two decades, they have expanded beyond its New York home and have shipped millions of condoms across all 50 states via its website. Customers can now find access to a variety of carefully sourced condoms, lubricants, toys and more within seconds of visiting the online store. 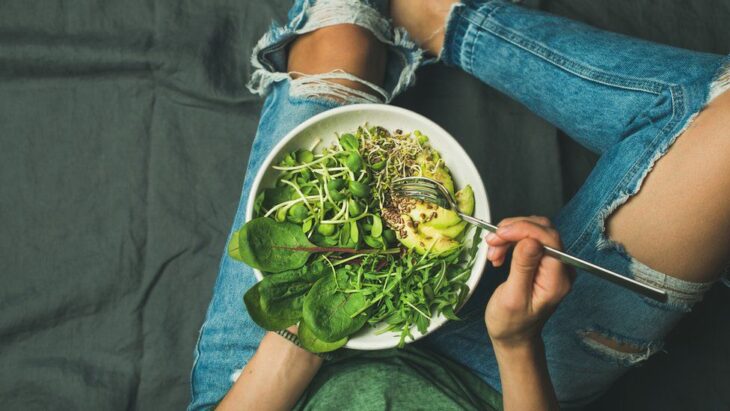 Vegan-friendly products are products that do not contain animal by-products and do not harm animals during the testing, manufacturing or production stages. 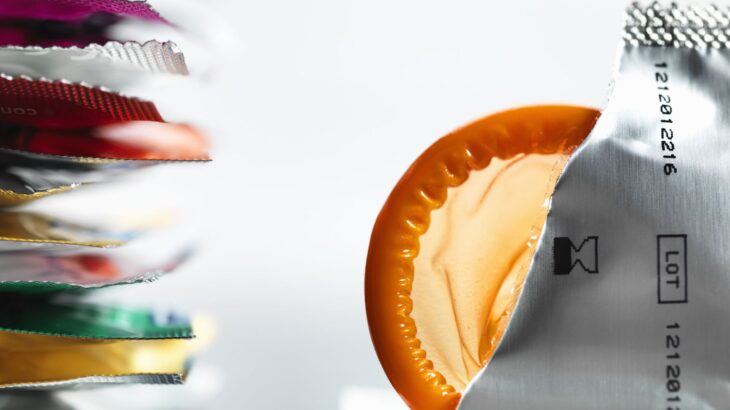 What are Vegan Condoms?

Even though traditional condoms are made from latex, a plant-based derivative, they are often required to rest in a bath of “casein,” a protein commonly found in milk products. Individuals with a latex allergy who wish to use condoms also have the option of using lambskin condoms, however, this option does not prove to be entirely sustainable due to its dependence on animals.

Vegan condoms on the other hand, are a more sustainable condom option. Unlike traditional latex condoms, vegan condoms are not rested in a casein bath and are made entirely of plant extracts. Since they have less harmful irritants they are also less likely to cause yeast infections or other bacterial infections commonly caused by traditional condoms. 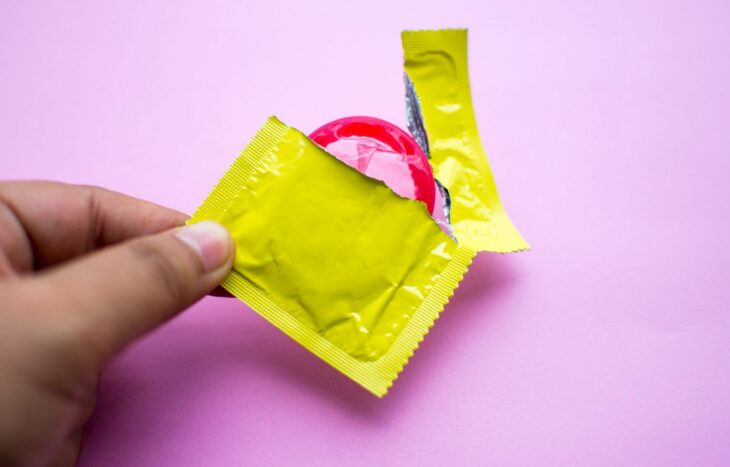 It’s no secret that condoms come with a major environmental downside – they are nearly always intended for single-use only. While vegan condoms also fall under this single-use category, they are ultimately considered to be more sustainable than latex condoms and ultimately better for the environment. For example, vegan condom brands will sometimes source their natural rubber latex from sustainable forests. Many brands also use ethical sourcing reducing the brands carbon footprint overall and supporting fair trade.

Unlike vegan condoms, latex condoms are often formulated with a variety of unknown preservatives, stabilizers, hardening agents and non-biodegradable substances like polyurethane. These condoms are thrown out in our garbage waste and sit in landfills without ever decomposing.

Despite the popularity of latex condoms, it is possible to find eco-friendly vegan condoms that are actually biodegradable. The condom brand HANX has recently designed a biodegradable condom that can be disposed of in composts and will decompose when exposed to natural light and oxygen over the course of three months. Moreover, HANX has pledged to manufacture recycled plastic into boxes for their products – which can later be recycled once again for continued sustainability.

The German condom brand, Einhorn, has also created a sustainable vegan condom. Unlike the traditional condom box, Einhorn’s product comes packaged in a snack-like bag to cut down on unnecessary cardboard and plastic use in its packaging. Moreover, 50% of Einhorn’s revenue goes toward paying its workers 15% above the minimum wage. The brand also has dedicated funds to finding alternatives to agricultural chemicals.

In turn, purchasing vegan condoms from sustainable brands allows us the opportunity to lessen our carbon footprint and to support fair trade methods by promoting brands that focus on ethical sourcing. 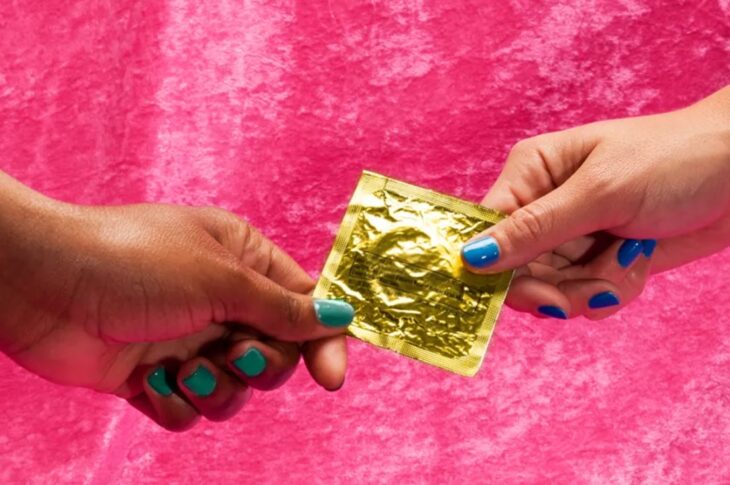 Are Vegan Condoms Better For Your Health?

Finding a condom brand that is transparent about their manufacturing process is incredibly rare nowadays. Condom production requires the frequent use of working with hardeners, preservatives, softeners, agricultural chemicals and more. Moreover, condoms are traditionally also saturated in lubricants packed with other potentially harmful chemicals, fragrances and additives.

While there is no specific or concrete proof that traditional condoms are better for one’s health, the chemicals that are involved in the treatment process or lubrication of latex condoms can throw off the delicate pH balance of our reproductive systems. Especially in women.

Vegan condoms, unlike their latex counterparts, opt for natural and plant-based ingredients such as pure silicone oils for lubricants or using organic, food-safe fruit and vegetable extracts for flavored and colorful condoms. Using natural products instead of chemically loaded additives and preservatives can ultimately reduce health issues that may be triggered by sex and are commonly seen in women such as frequent urinary tract infections (UTI’s) or yeast infections.

There’s simply no denying the fact that condoms make sex safe, period. While protecting against unwanted pregnancies is an added bonus for some couples, condoms should always be used simultaneously with other birth control methods to ensure the prevention of spreading STD’s to multiple partners. Not to mention, vegan condoms cut out the excuse of “I’m allergic, I can’t wear one” or “they’re uncomfortable” because many vegan condoms provide an extra thing option where they barely feel like a barrier and don’t take away from pleasure. 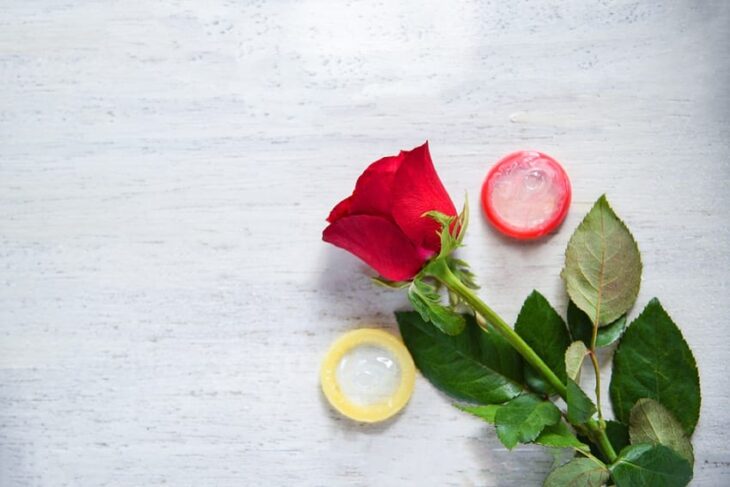 While those with a latex allergy may feel restricted within their options, there are a wide variety of vegan condoms that are specifically designed to benefit condom users, their partners, the environment and ethical sourcing, so you’re basically doing the planet a favour by using vegan condoms. And that’s the best reward of all – other than…well, you know.

Be sure to support the environment while protecting yourself, save a cow, while you play.

How to Make the Lesson Interesting