Mind Of Man: We Broke Up Because Of Her Weird Fetish

The breakup was amicable, and mutual in the sense that we were both slightly relieved it was over. Before we parted ways at the bar, she confessed that it bothered her that I always wanted to watch TV after we had sex. I said nothing and just nodded.

Why wouldn’t I want to watch TV after? It was on before and during. Maybe if she had told me that annoyed her, we would have jumpstarted a conversation we had failed to have. Because conversations about where the itch is and how to scratch it are utterly and completely necessary if you’re going to have a happy hump life with someone. Maybe if she had told me that, I would have responded, “Well, then, why do you have to have the TV on when we do it?”

I don’t even know if this fetish of hers is a nonnegotiable clause. I don’t know, because I never asked, because we never really talked. We just did. Like Yoda. There is only do, and we did, constantly, sometimes to Lifetime movies, sometimes to “Mad Men.” Learn from my mistake: communicating your sexual needs is not some kind of fruity, new age indulgence. If you don’t draw your partner a map to those spots that make you squirm, groan and drip, then your partner will be lost and wander off in the wrong direction. 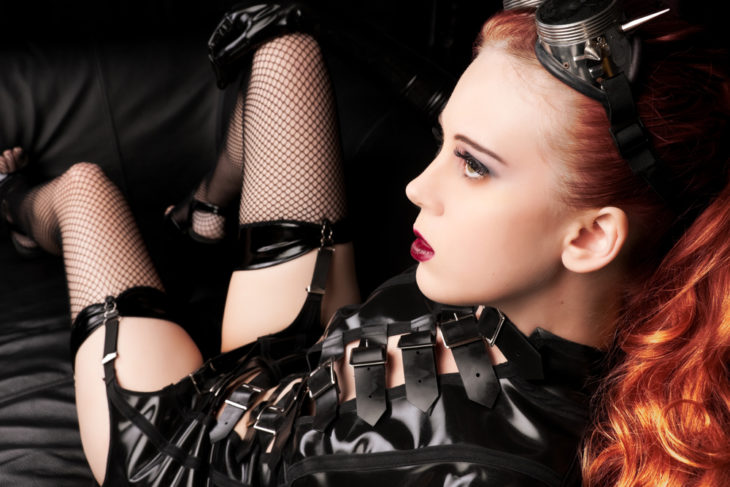 She had to have the television on whenever we vigorously exchanged bodily fluids. Every time. She had a TV in her bedroom and in her living room. When she would come over to my apartment, she would turn the TV on before turning into a naked attack monkey. Once, as we were making out on the couch, I reached over to the coffee table, grabbed the remote, and turned the TV off. She stopped kissing me, took her shirt off, and turned the TV back on.

The volume would be turned down, at least, because she loved talking dirty, which usually consisted of her asking me questions while we went at it. “Are you f**king me? Are you? Are you going to f**k me hard?”

The first time she talked like that, I had a fresh hickey on my shoulder, we were both drenched in sweat, and I started answering her, until I came to realize that her dirty talk was, mostly, rhetorical. 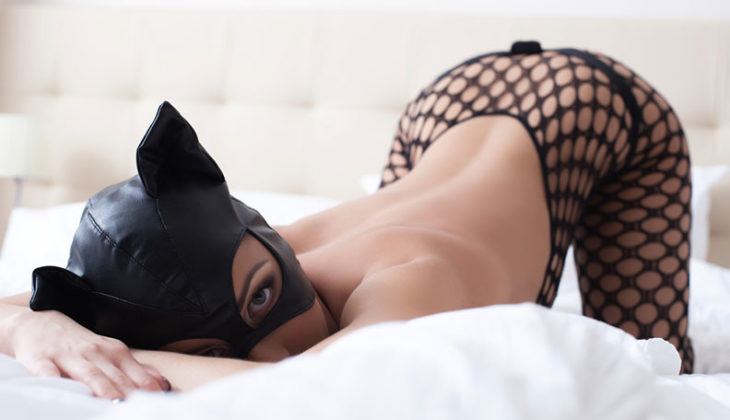 But it was the spectral glow of the television washing light and shadows over our bodies that was something she had to have in order to mint solid gold orgasms. I don’t even think she was aware of it. Maybe she liked the lighting? I have known women who either need total blackout darkness when getting their bang on and I have known women who need lamps, candles, and the midday sun pouring through a window. I don’t think all fetishes are conscious. But what do I know? I don’t have any fetishes, save for a vagina fetish. It’s not like I would stop making love to her to criticize the fact that every time we slept together, the idiot box was flickering. Every time we bizzoinked, it was like having a threesome with Big Brother.

Once, while I was slapping against her from behind, I was distracted by the Food Network. There was “The Barefoot Contessa” stirring a bowl of fudge or mousse and I immediately got hungry. Then she started licking the frosting or mousse off a spoon and I started pounding faster, which was weird. Another time, as she was grinding on top of me, I turned my head and saw James Carville. James Carville is a boner killer.

I would turn my back to the TV, but I could still feel the Sham Wow guy’s eyes drilling into the back of my head.

Everything You Need to Know About Testosterone Steroids in Bodybuilding

4 Ways to Make a Fortune From Digital Currencies