Basketball is a game of athletic prowess as well as strategy and a good bit of theorizing about what strategy to choose to play to the strengths and weaknesses of your opponent. In fact, the game is one of the best character-building exercises as it teaches many important qualities. There is a reason why the game is so popular on every level, including in amateur leagues and the NBA.

As a matter of fact, basketball is one of the most bet on sports according to this AskBettors review, which lists the basketball markets as some of the busiest. But what are the actual qualities you get away from playing basketball, and are they really that impactful to be worth a mention? As it turns out, this is exactly the case. 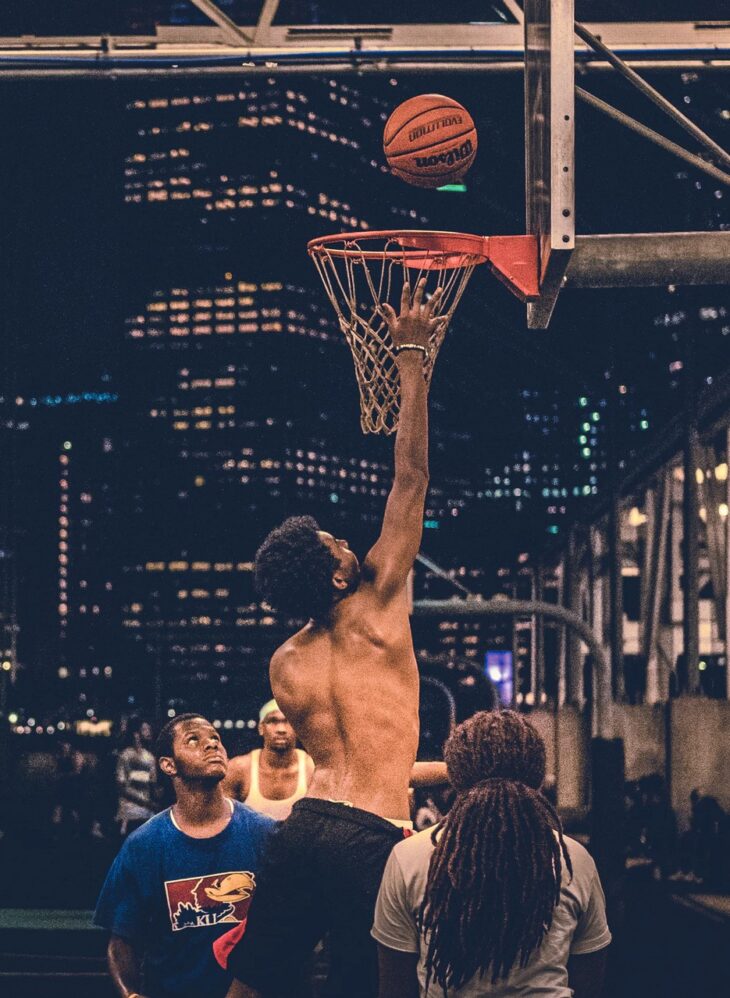 Basketball is a perfect opportunity to build up your strength both physically and mentally and leverage it to your advantage. Building up physical strength is a fun process, and when paired with a great game as basketball, it becomes a pleasure more so than any kind of burden. People who play basketball on a regular basis show better mental health as well, which is important for a number of reasons.

You can cope with some of life’s more stressful situations and take even the biggest upsets in stride. It’s an important quality to have as some people are easily upset by even the smallest mishap in their personal lives. Yet, basketball will teach you all that you need to know to show character. 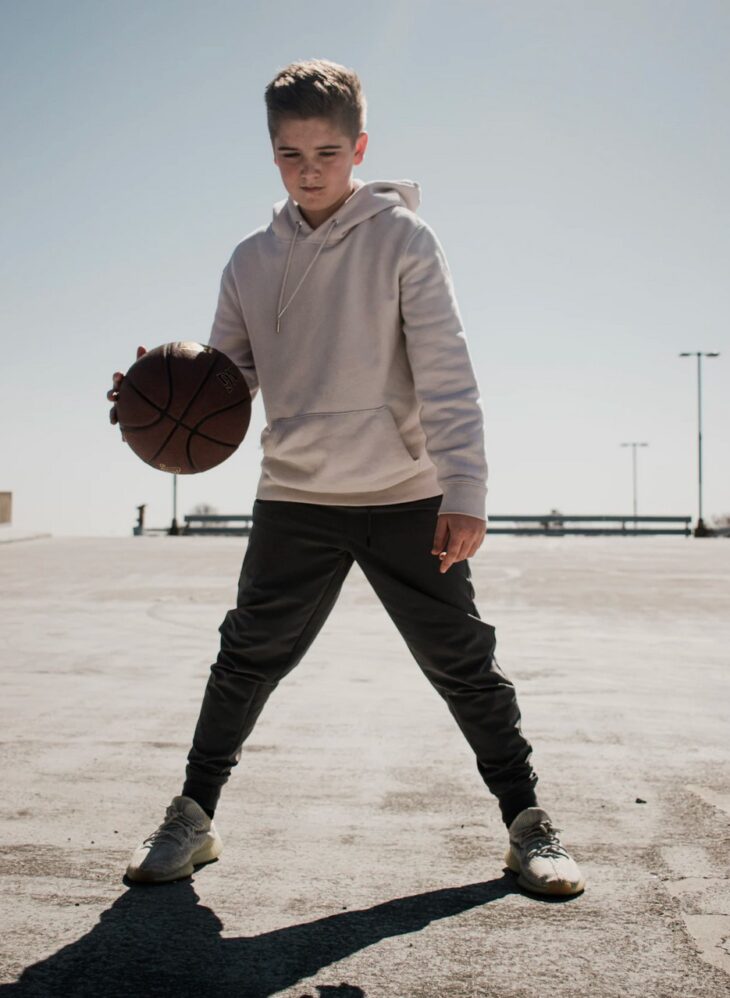 #2 Learn the Benefits of Acting as Team

Many people tend to think a little better of them – they can do better if they were not weighed down by people, a popular logic goes. However, you will have to learn how to interact with others, if only to advance your own chances of success. Basketball teaches you to respect your teammates and to elevate them, and if not that – then at least help those who play with you show their best performance.

Many would object that teamwork is not a necessary quality, but some of the greatest achievements we have as a civilization are owing to our collective work and power, so knowing how to work well with others should not be a quality that you easily pass upon. 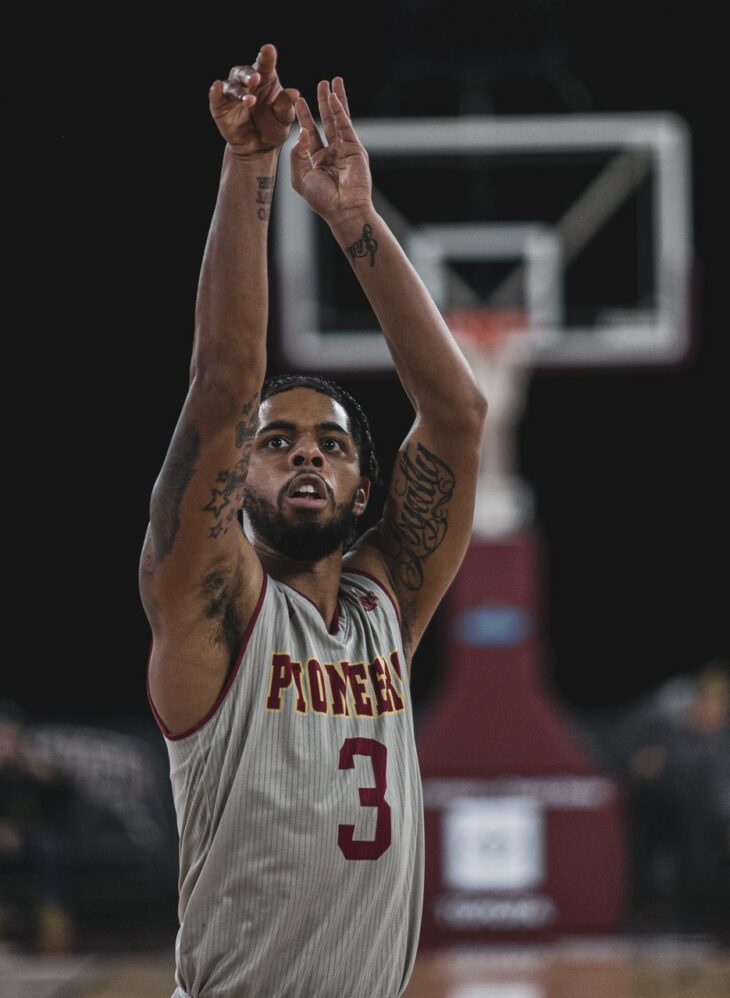 Basketball is a lot about coordinating your movements. You can just drill your shooting for a while, but once you start actually playing in whatever capacity, you will notice that you need to coordinate better. Your hands, legs, and arms will have to move in unison and create skilled plays quickly with very little margin for error.

Most players will work hard on drilling some very basic moves so that they can ensure that once they face a real player, they will end up pulling them off well enough. Repetition plays a huge role in becoming a better basketball player but what you should really be working on is your coordination.

Coordination will help you make those trickier plays a reality, and that is definitely a great skill to take out of basketball. 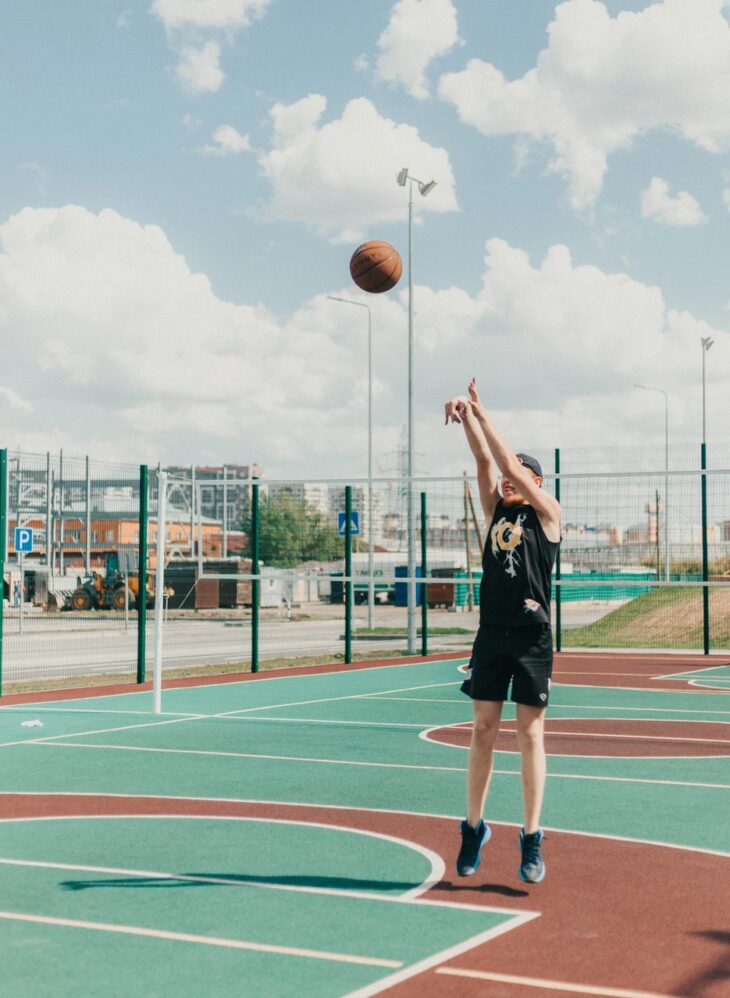 Failure is generally avoided as something bad that shouldn’t be allowed under any conditions, but the fact is failure is the greater teacher. Basketball will come with a lot of failures. When learning how to shoot, you will notice that your aim is probably off. It will take you dozens of hours to fix that. It may be even hundreds of hours.

But every time you fail, you will learn something new about your game that you can work on. It’s the same thing in life. When you fail at a task, you will probably be inclined to think less of yourself, but this shouldn’t be the case. Instead, you should try to focus on becoming more focused on your mistakes and see what you have been doing wrong.

If the ball will constantly fly in one direction, that simply means that you’re shooting technique is bad. If you can feel your hands getting tired only after a few shots, it means you have to work a bit on your upper-body strength. 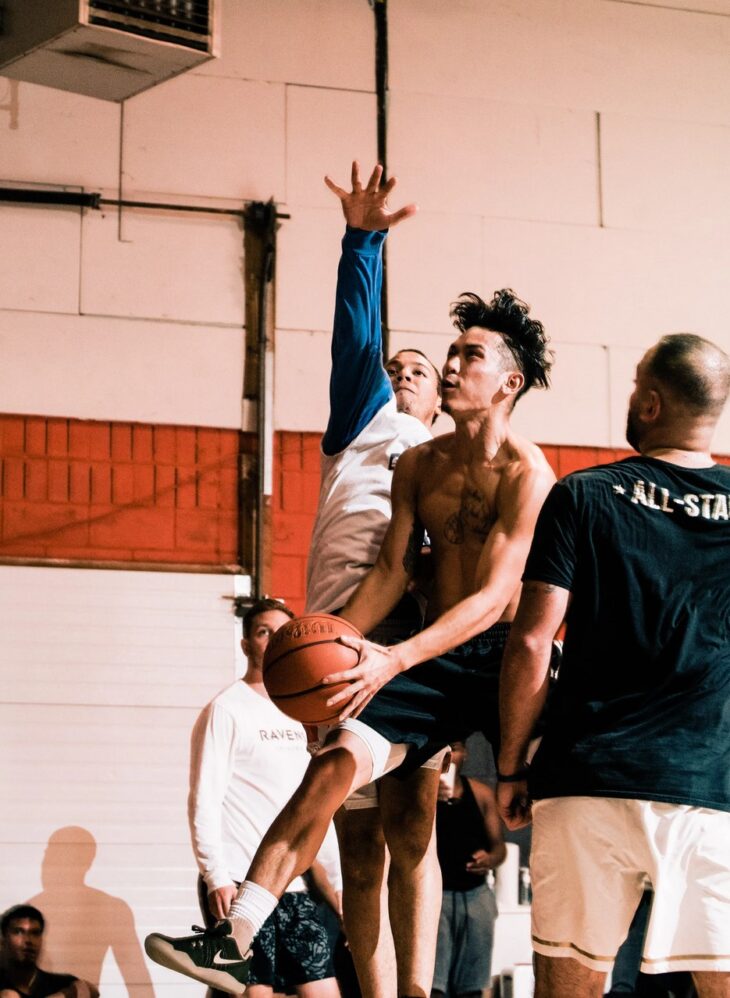 #5 Learn to Be Patient

Basketball will teach you to be patient. To be any level of a decent player, you will need to put a lot of effort in, and this effort won’t be paying off immediately. In fact, it will probably take a fair bit before you see any significant improvement. However, the good news is that you can really learn some patience from basketball. The key here is to stay true to your training and exercises, and this way, you can build and develop the attitude and qualities over time that will allow you to succeed. 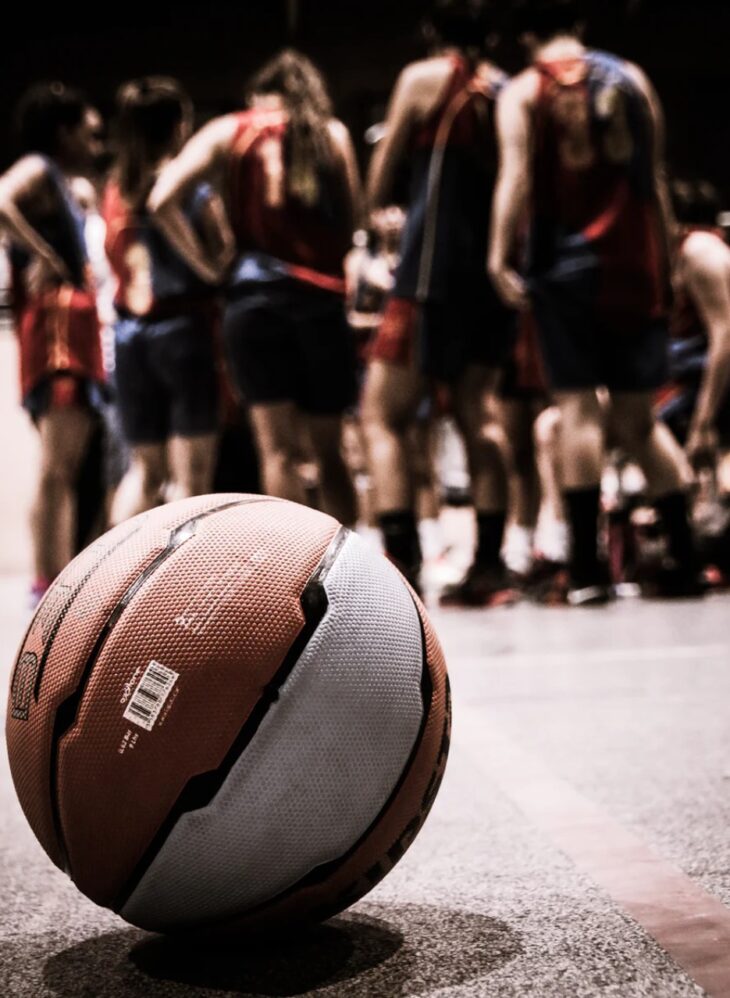 Basketball will teach you to be consistent in most of the things you do, and that is a great quality to have. Consistency is not something many people are capable of. In fact, most people will not really put as much effort as they should be putting in in most of the things they embark on.

However, a basketball player – even if you are just an amateur – will have to be consistent. You want to play consistently and embrace routine as one of the best ways to move forward.

Actually, the difference between the best players and the rest, even professionally, all boils down to consistency. How consistent are you when you play?

This lesson may be applied to virtually any other walk of life and have great benefits – whether you are studying or working. 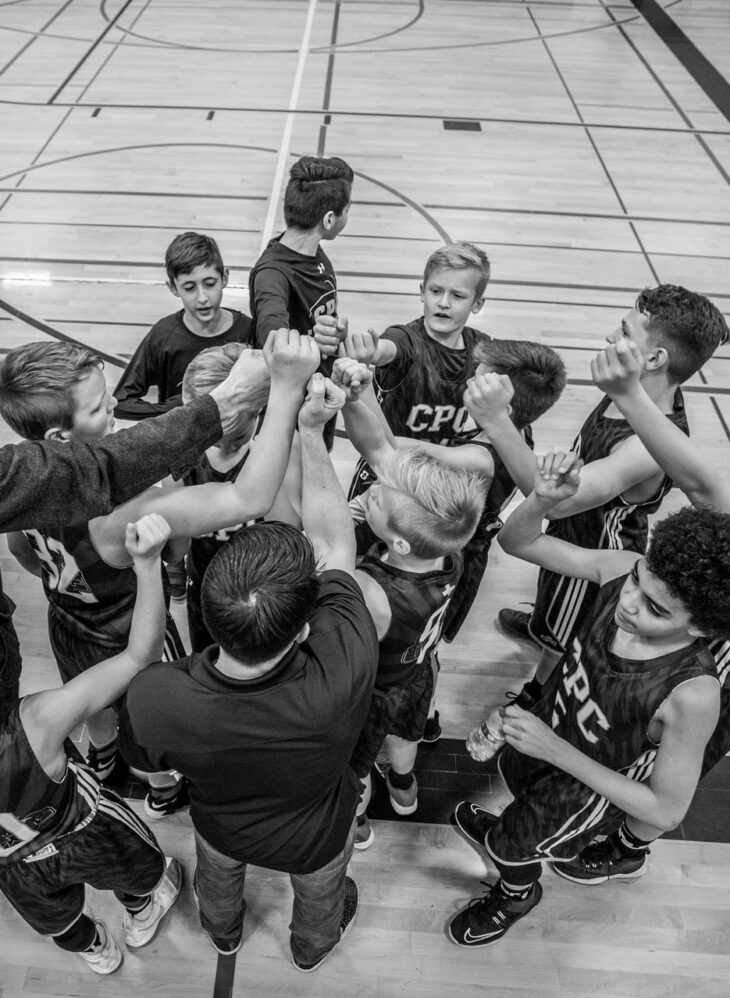 One of the true things that basketball teaches you is to respect the achievements of fellow players, even if they are their rivals. Learning to recognize talent and good work is an important quality, and if you can do it when playing against an opponent, you will definitely be able to use this same ability in any other aspect of your life.

10 Tips to Being a Better Goalkeeper in Soccer

3 Benefits And Entitlements Pensioners Can Claim In...