What is Delta-8 THC?

If you’re into cannabis, you’ve certainly heard the growing buzz about delta-8. But what even is it? Delta-8 is a compound found in cannabis. According to the National Center for Complementary and Integrative Health, there are over 100 known cannabinoids. Crazy, right? The conversation surrounding delta-8 has been rapidly growing due to its similarity to delta-9 THC. Delta-9, AKA THC, is the cannabis compound with psychoactive effects that is the most prevalent in cannabis products. It can promote relaxation, euphoria, increased appetite, symptom relief, and many more effects. Simply put, the delta-8 compound is found to have similar, yet far less potent effects than its popular counterpart. Recent interest in this cannabis compound has been booming as education and the legality of sale becomes more widespread.

This exciting development in the weed industry has certainly piqued our interest here at smokingoutlet.net, so we had to investigate! What are the effects of delta-8? Is it safe? How is it different from regular weed? Let’s find all of that out and more! 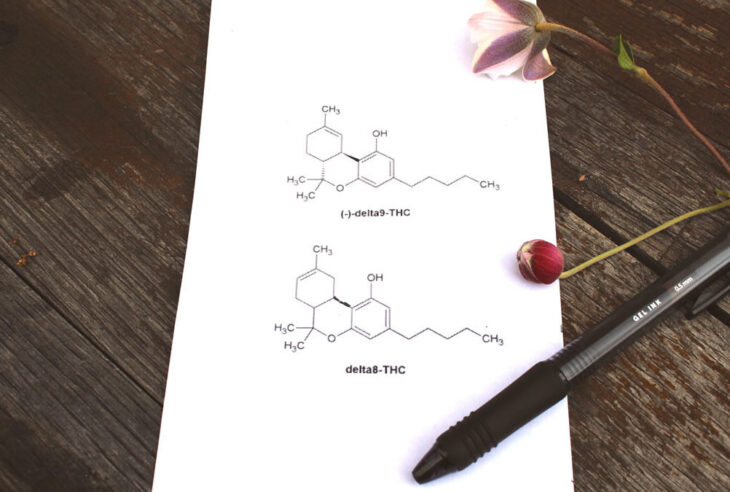 Both delta-8 and 9 are forms of THC, however there is a distinct difference in potency. Delta-9 binds to the endocannabinoid system, which is actually what gets you high. While both compound’s chemical structures have a double-bond that is believed to be the source of intoxicating effects, the placement of these double-bonds differ. Due to the location of delta-8’s double-bond, it causes it to attach to the endocannabinoid system differently. This is believed to be the main distinction that makes delta-8 deliver weaker effects.

While delta-8 and delta-9 share similar effects, albeit with different potency, there are areas where they differ. Due to the low psychoactive effects of delta-8, users will likely not experience the negative side effects associated with cannabis. Paranoia, anxiety, and even hallucinations can occur when using delta-9 THC. However, with delta-8, this risk is likely not there. Because delta-8 can provide the user a light buzz without negative effects, it really can be the best of both worlds for some people! In a sense, it’s a happy medium between CBD and THC. A mild level of psychoactive effects and relaxation, without the anxiety. 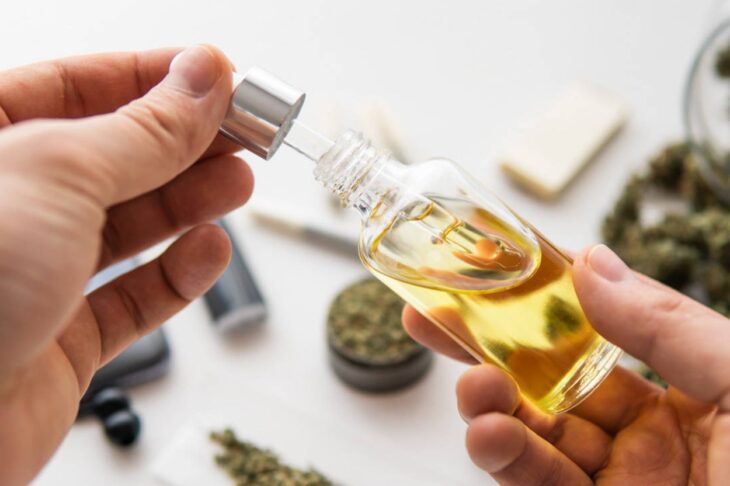 Does Delta-8 Get You High?

While delta-8 THC does have the potential to get you high, the effects vary widely person-to-person and strain-to-strain. While delta-9 THC offers the effects we discussed above such as symptom relief and euphoria, users of delta-8 report similar effects to a lesser degree. According to Dr. Peter Grinspoon, an instructor in medicine at Harvard Medical School, Delta-8 “has a portion but not all of the psychoactivity as Delta-9.” This opinion is generally agreed upon across the board amongst consumers of the cannabinoid.

When it comes to dosing any type of substance, starting small is ideal. You never know when something is going to hit you harder than you suspected! However, if you’re a moderate to heavy user of cannabis, it will likely deliver very mild effects. If you’re new to weed or you hardly consume, expect a heavier effect, as there hasn’t been a THC tolerance-buildup in this case. 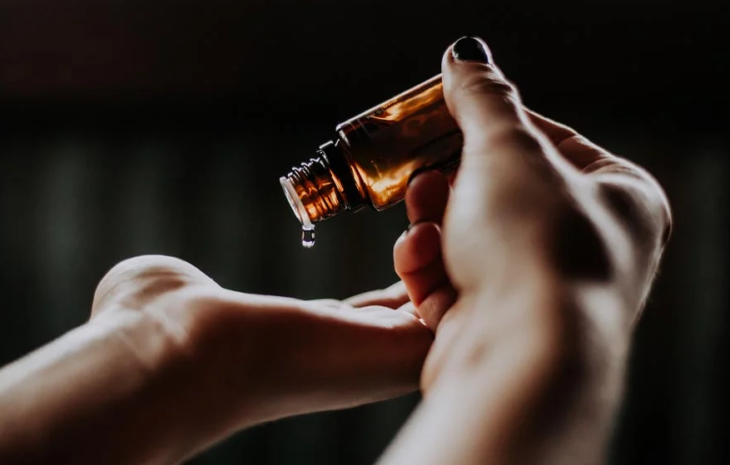 Okay, so we’ve learned that delta-8 is a weaker form of traditional weed. That’s just like CBD, right? Nope. Delta-8 isn’t a far cry from delta-9 molecularly, while CBD has its own unique composition, making it closer to an analog for delta-9 THC. While it’s true that some forms of delta-8 are synthesized from CBD, they certainly aren’t the same. Additionally, both CBD and delta-8 can be derived from the hemp plant, adding an extra layer of apparent similarity. CBD stands for “cannabidiol” and is utilized for anxiety relief, pain management, and other therapeutic properties. However CBD is not a psychoactive substance, lacking any effects that impact cognition or behavior. Delta-8 does have psychoactive effects, albeit mild. 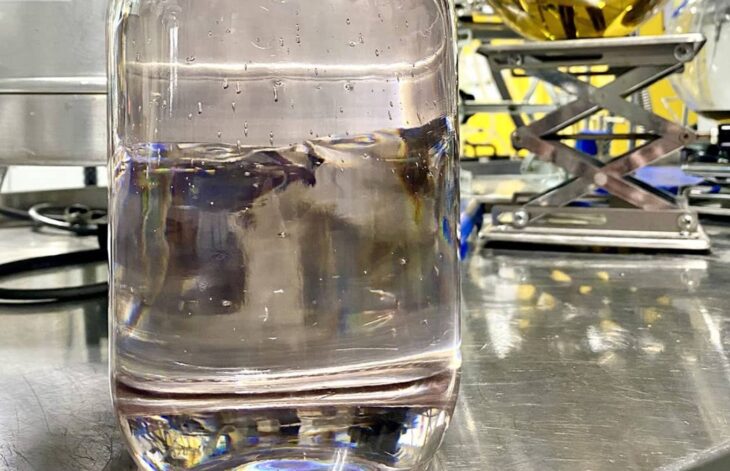 Is Delta-8 Synthetic? Is it Safe?

With all the recent hype about delta-8, most of us are totally new to learning about what it actually is, and if it’s even safe! The mystery of delta-8 leads some to believe that it’s akin to “fake weed.” Synthetic cannabinoids, such as Spice and K2, are lab-made alternatives to actual cannabis. These synthetic alternatives are largely seen to be unsafe, as they cause uncontrollable mind-altering effects that can impact the brain even more than real weed. Synthetic weed has a high risk of abuse and lacks the medical effects of actual cannabis. According to a 2019 study found on ncbi.nlm.nih.gov, the use of Spice has a strong link to psychosis. Users can even die from overdose of synthetic weed like Spice; another adverse effect that actual cannabis does not cause.

You may have come across claims of delta-8 being synthetically created, or that it’s just Spice that’s been re-labeled to bypass legal issues. But is this actually the case? Nope! Thankfully, delta-8 is not at all similar to Spice or other forms of synthetic weed. As discussed previously, it is simply a compound extracted from cannabis that is molecularly similar to delta-9 THC. Because it’s new and unfamiliar to most people, this easily leads to misleading information, causing wrongful distrust of delta-8 altogether. While there is laboratory involvement to extract and develop delta-8, it’s in no way similar to synthetic cannabis, and is safe to use when purchased from reputable sellers. Curious about how delta-8 is developed? Visit wayofleaf.com to learn about the process in-depth! 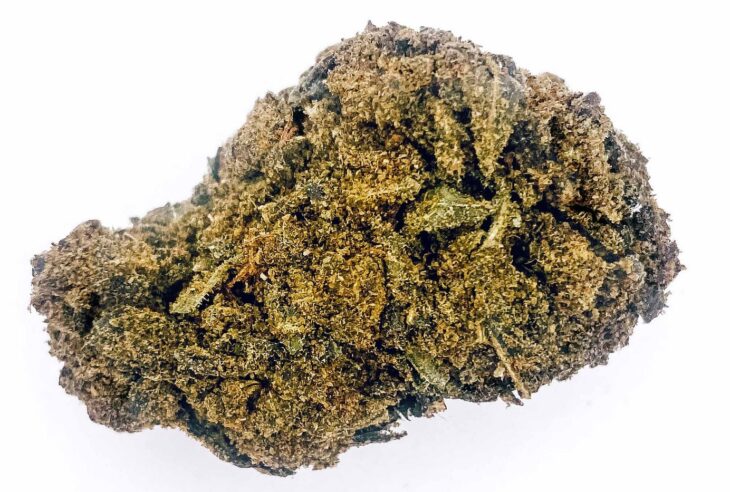 Delta-8 THC is currently in a gray area of legality. Delta-8 is not technically listed as an “illegal substance” as delta-9 is deemed federally and in some states. In fact, standard THC is listed as a Schedule I drug federally, while delta-8 is not mentioned whatsoever. That doesn’t mean it’s totally in the clear, though. While many states allow the sale of delta-8, it is totally banned in some states.

According to NBC News, a loophole in the 2018 farm bill makes it so delta-8 THC is unregulated  at the federal level. This is because the bill legalizes hemp, which is defined as a marijuana plant containing 0.3% or less of delta-9 THC. These levels are too low to cause psychoactive effects. This loophole currently allows the unregulated sale of products containing delta-8 THC such as flower, cartridges, and edibles. The first company to sell delta-8 products is called 3Chi: An online weed retailer selling delta-8 edibles, cartridges, concentrates, and tinctures in the 38 legal states. Click here to read more. The states that ban the distribution and sale of delta-8 are Alaska, Arizona, Arkansas, Colorado, Delaware, Idaho, Iowa, Mississippi, Montana, Rhode Island, and Utah.

So you may be wondering: How do we go about purchasing delta-8 products? First and foremost, it’s important to consider where you’re buying it from. While you may be tempted to buy a delta-8 cartridge or edible from the first headshop you spot some at, think twice. There are no regulations to control the purity and potency of delta-8 products outside of licensed weed retailers. Whether you’re purchasing in-store or online, purchase from licensed stores, and avoid fake brands. For more information on what to look out for and how to find quality delta-8 products, check out this informative article on Leafly.com. 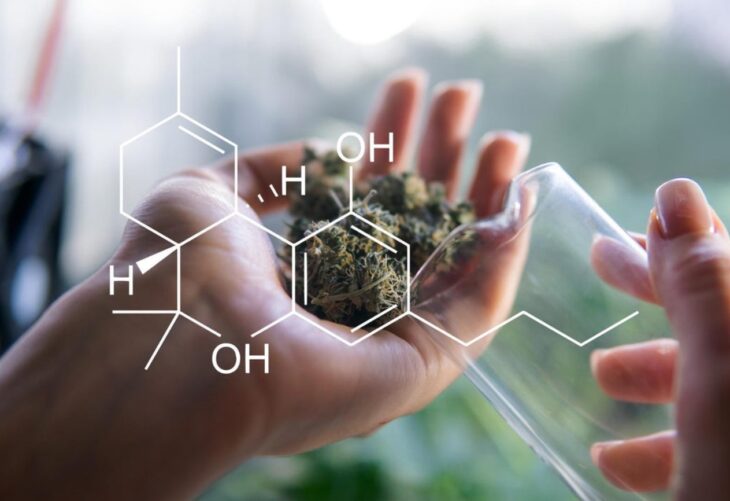 If you’ve tried delta-8, what’s your verdict? If you haven’t, are you planning on trying it in the future?

How Do Delta 9 Gummies Affect Your Health?...

How Legal is THCP?

Is it Safe to Consume THC-O and HHC?