What Makes Thailand So Alluring for Travelers?

For hundreds of years, travelers from the West have been mesmerized by the fascinating cultures and alluring people of The Orient (as it was once known). One country in this region which seemed to capture the hearts of visitors truly was Siam, what we today refer to as the rapidly modernizing Kingdom of Thailand.

Ancient traders landing on the shores of this amazing country fell in love with its mystique, and that has not changed for modern tourists, who today flock there in their millions.

What Has Contributed to Thailand’s Amazing Journey to Global Tourism Stardom?

What made Thailand so popular with tourists from the West?

It’s hard to pinpoint one single event which secured Thailand’s place in the consciousness of global vacationers, but there have been a few things over the last few decades which have helped to put the country on the map.

Perhaps the most influential was the many movies in which Thailand featured prominently, offering people a large screen introduction to the beautiful scenery.

The James Bond franchise has twice filmed, first in The Man with the Golden Gun (1974), then in Tomorrow Never Dies (1997). Interestingly, both used the stunning scenery of Phang Nga Bay as a backdrop, but it was Roger Moore’s visit to Scaramanga’s island hideout in The Man with the Golden Gun, which is probably the most iconic. In fact, the island which doubled as the hideout is a popular tourist attraction today, and aptly named “James Bond Island.” Both 1956 musical The King and I and the 1999 feature film Anna and the King of Siam (starring Jodie Foster) created an interest in visiting this country. In fact, in providing all the costumes for the film, Jim Thompson was credited with single-handedly reviving the Thai silk industry, which by World War II had practically disappeared. Today, Thai Silk is one of the favorite souvenirs sought by tourists, much of it being sold by Jim Thompson shops.

Thailand has long been a top spot for backpackers seeking adventure, and this lifestyle was depicted in the Leonardo DiCaprio film, The Beach. Khao San Road in Bangkok and the Andaman Sea island Koh Phi Phi were both highlighted and undoubtedly contributed to an increase in tourist numbers. (Unfortunately, the beach on Phi Phi Island has been closed to tourists until 2022 because of the damage increased tourism has caused to the environment.)

On final pop culture reference, which may have also inspired further tourism, was the 1984 musical Chess, written by Benny Andersson and Björn Ulvaeus (both of ABBA fame) and Tim Rice. The musical featured the song “One Night in Bangkok”, which was an international hit for Murray Head, and also put the capital city on the map.

The Growth of Tourism in Thailand

For newcomers to Asia, this country is a wonderful introduction, as it offers a perfect blend of modern amenities and infrastructure with an ancient magical charm. That mixture of modernity and mystique helps to lessen the culture shock that many westerners experience when their first trip to “the East” is elsewhere in Asia. It is also enough to cast a spell that keeps people coming back year after year.

According to Thai Residential, Thailand had nearly 38 million tourists in 2018, and its popularity does not seem to be waning and it is gradually becoming one of the most popular tourist destinations in the world.

If you have been to, you will already know the indelible impression that the country leaves on those who choose to make it a holiday destination. With their cherished moments permanently ingrained in their memories, visitors are always likely to return. 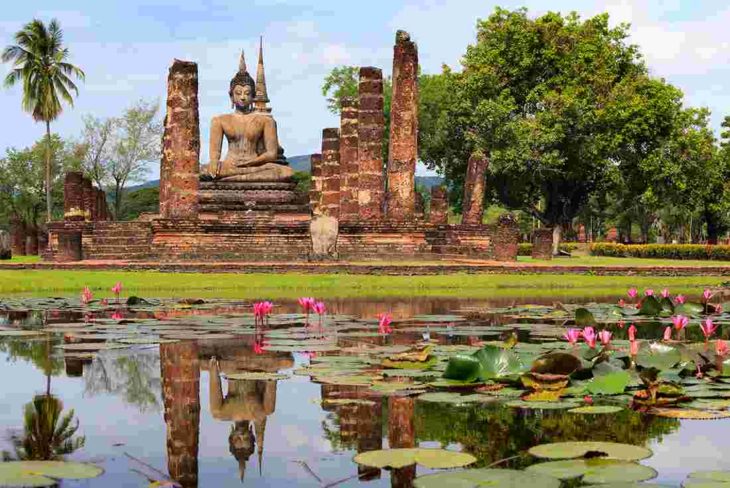 Some suggest that the steps have taken toward modernization and prosperity have been at the expense of the mystique, which has drawn people to the country for years.

But even as it modernizes, the attraction holds for foreigners is almost unchanged. New adventurers and travelers are free to begin their own love affair with this country, just as people have for decades before them.

There is still adventure to be found everywhere: from uninhabited islands to jungle trekking, you can still achieve that sense of being completely removed from civilization. Sometimes only minutes from the main road or crowded beach, you can find yourself on a deserted tropical island or in the jungles atop a mountain.

Even in Bangkok, a boat trip on the canals (or on some stretches of the Chao Phraya River) will make you forget there are huge skyscrapers and sparkling city lights. The city does have an exhilarating blend of old and new, which continues to enthrall new visitors and rekindle memories in veteran travelers.

Do Visitors Have to Overcome Any Language Barriers?

Unlike the first European visitors to this country hundreds of years ago, foreigners arriving in Phuket today have few communication problems.

The Tourism Authority of Thailand has suggested that English has become the common linguistic “currency” of the country. The sheer number of English speaking visitors from around the world has ensured that most hotels and restaurants will speak English to a very high standard. And while you should not expect the same standard with taxi or tuk-tuk drivers, you will still have no problem getting by.

In the last few years, Thais educated in various countries around the world have returned home and entered the tourism sector. This means that – in the hospitality industry – German, Italian, French, Chinese, and Russian are also commonly spoken.

But it is not only the tourists driving this trend. The number of foreigners who decided to settle in this country (especially Phuket) have also played a part in ensuring that a diverse array of foreign languages are now being spoken. 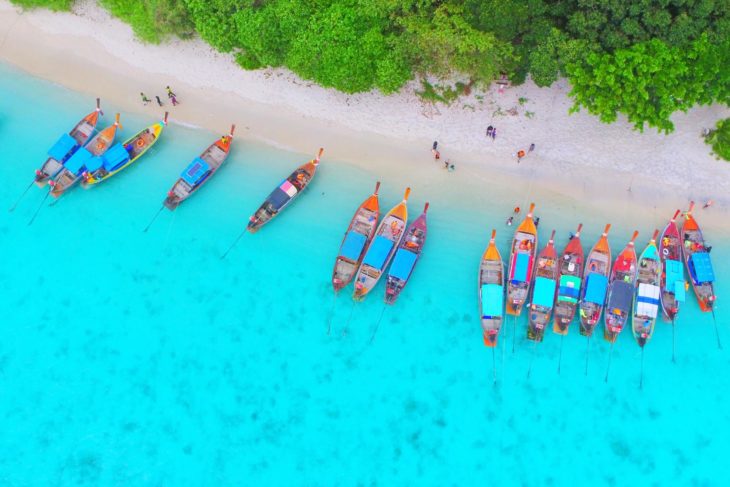 What Are Thailand’s Most Popular Tourist Destinations?

The country is so diverse that there truly is something for everyone. A range of temperatures, climates, scenery, and even culinary delights.

There are so many beautiful places to visit. If you like the mountains, then Chiang Mai and Chiang Rai in the north may offer a respite from the tropical heat. Bangkok is both a historical and cosmopolitan city that offers its own attractions, as do Hua Hin and Pattaya, on either coast of the Gulf of Thailand.

That tropical island feel can be found on Koh Samui, Phuket, or even further south towards Krabi and the Malaysia border. Southern Thailand is still relatively undeveloped and retains much of its original charm.

But regardless of where you visit, you are sure to fall under the spell of the enigma that is Thailand.

Top Tips For A Road Trip Across The Crete

What Should You Know About Planning a Destination...

Hidden Gems of Zurich That Most Tourists Never...