What’s It Like To Be A Female Radio Host?

Queen, Donna Summer, R.E.M. – they were all inspired to make songs about the radio. It’s true – the radio is special in many ways. From that “small box” comes the music you love and the voices of some of the people you don’t know, but are very recognizable. This is the story of radio hosts and all of you who would like to become one.

A Brief History Of Radio

The first use of radio in the world was as a means of communication between ships and the shore that transmitted the Morse code. After that, it was used to issue orders in battles and wars, and to locate ships and aircraft using radars. This technology has quickly expanded into the entertainment industry as well.

Before the existence of television, radio dramas were often played on the radio, which was a huge hit at the time. Radio dramas were heard in public places, and it was one of the most popular forms of entertainment. The most famous radio drama ever is probably an adaptation of War of the Worlds (1938), directed by Orson Welles.

Some listeners thought it was news of the Martian invasion during the broadcast, and a few concerned listeners even called the police! The period from 1920-1950 was called “The golden age of radio”. It’s been almost a hundred years since then. Radio drama is no longer a popular form of entertainment, and many things have changed. Fortunately, for the better.

Today you can enjoy various music styles. You can rock, dance or just chill out. But, today, radio stations are even more than that. Most of them have websites, which is why they’re even closer to their audience. According to Chillout Radio, you can enjoy your favourite music online. It will help you reach a different state of mind while listening to your favourite song. You will be well informed while reading the latest news on style, celebrities or entertainment.

Yes…Today’s radio is much more than it used to be. 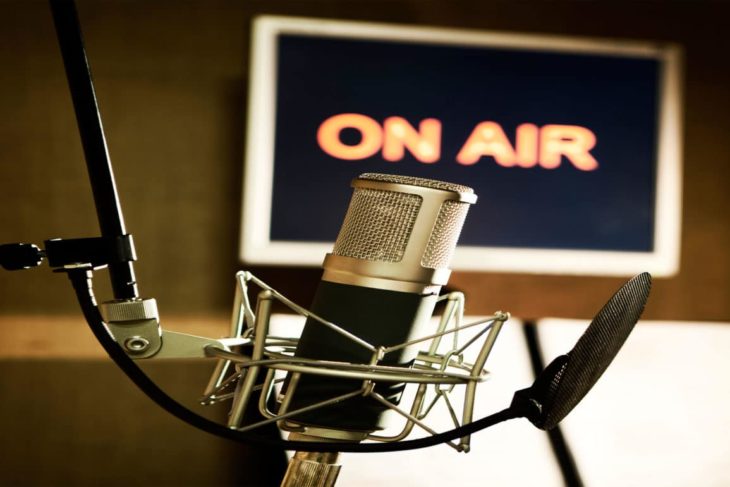 A radio host is a trademark of each radio. The success of each show depends on their general education, preparation, performance, knowledge of the topic, and speaking ability. They must have many other qualities like the ability to cope with unpredictable situations, perfect clear speech, knowledge of general media culture, etc. It is also very important to suppress the fear of public speaking, learn to breathe properly and be extremely accurate. Special education for radio hosts and announcers exists in some private higher education institutions, but it is certainly not a requirement to do the job.

What It’s Like To Be A Female Radio Host?

Being a radio host was once a male-dominated business. However, times have changed, so today, the advantage of female radio presenters is far greater. But, the competition as well.

Today, it is not enough just to have a pleasant voice. You have to stand out with some new qualities. Just like in the world of fashion – you have to have personality. You have to have the “that something” that will differentiate you. Something that will make you stand out from others, be recognizable and authentic.

Today, a female radio host job is somewhat difficult. First, running a one-man show involves not only a good voice and diction but also a good technical background. Nowadays, radio hosts are mostly working as DJs too. You have to find a way to handle all this as a female radio presenter, especially if you have no previous experience. Not to mention that the job of radio host was once far easier for women because they didn’t have to worry too much about whether they would wear makeup at 6 am when the morning program began.

Thanks to the development of technology, many radio stations insist on webcams in the studio, from where you can “watch” the live radio program. This means that the female radio presenters can no longer come to work only in a bathrobe. Of course, we’re kidding – it’s never been that way. However, the fact that we want to point out is that today, women in this business have to take care of their looks almost as they work on TV. This carries a great deal of responsibility with it, but also the popularity that many radio personalities strive for.

Do You Want To Be A Radio Host? You’ll Have A Lot Of Work To Do!

Back in the old days, it used to be a lot easier to be a famous radio host. Today it is much easier and at the same time much harder to be a good, current and knowledgeable radio presenter.

In earlier days there weren’t so many radio stations. Radio was consumed differently. There was no internet, and radio was the only source of new music. Therefore, the listeners had comparatively fewer choices and so they knew who the radio presenters were. Today, because of great availability, many listeners are more spoiled.

Radio Is The Most Beautiful Place To Work

Imagine having a full football stadium of people every day waiting for you to say “Good morning” or “Good afternoon”. No – they are not waiting for the concert. They are waiting for you because they love you. Unfortunately, you can’t hear it, but it feels dangerously good. Radio was and will remain the fastest medium in the world. And that means that with one click it can become what we want. Those who work on the radio are forever children. They play every day.  They’re pretending to be strict and serious but they are some nice and smiley people. Even in newsrooms, which are often able to convey the ugliest news, some great people are working every day. Think about that next time you listen to your favourite radio station.

Working on the radio is the most creative job in the world. Every day is different. We play around with sound pictures. Radio was and still is one big team. If you don’t like it that much, or if you consider it just as a side station in your life, then forget about it and don’t build your career on the radio. You can try – but you will just torture yourself and your colleagues. This job must truly be loved!

Being A Radio Host Is One Of The Most Beautiful, Dynamic And Stressful Jobs

We have already mentioned that every day is different – this is the dynamic. But there is also stress. Radio takes 90% of preparation and work – the rest is for talent and execution. This is why it is the most stressful job. Because if you don’t work you will always miss at least 5 more minutes of preparation. And the listeners won’t blame people “behind the scenes.” They will blame you. Oh yes, criticism of listeners can ruin a day of a radio host. Compliments come much less often, and hardly. People like to criticize. That’s why it’s the most stressful job. And stress is also when a nervous editor yells at you because the program is not as planned. And why the harshest job? Because you are here today, and tomorrow someone better than you will come. Then you will fall into oblivion for both listeners and editors – because you are no longer No.1. Well, that’s why you have to work a lot.

Do Soulmates Exist, or Are They Only Found in Novels?