Which Of The Seven Dwarfs Of Drinking Are You?

If you’ve ever attended a girls’ night out or a bachelorette weekend,then you know that women tend to have distinct drinking personalities. Female drinking personas are developed early (usually in college) but lifestyle, city and financial situation can greatly influence how a woman acts when she drinks. But ultimately, if you provide a woman shots, a sexy outfit and booty bumping music, her drinking personality will resemble one of the Seven Dwarves from “Snow White.” When Disney named these lovable, little men, he must have been thinking of all the drunk ladies he knew because it’s uncanny. Get a woman sloshed enough and she’ll eventually turn into Happy, Sleepy, Sneezy, Grumpy, Bashful, Dopey or Doc. Trust me, one of the Seven Dwarves is just lying dormant within you, and if she drinks too many vodka tonics … watch out. See if you recognize your inner drinking Dwarf above! [Photos: Disney] 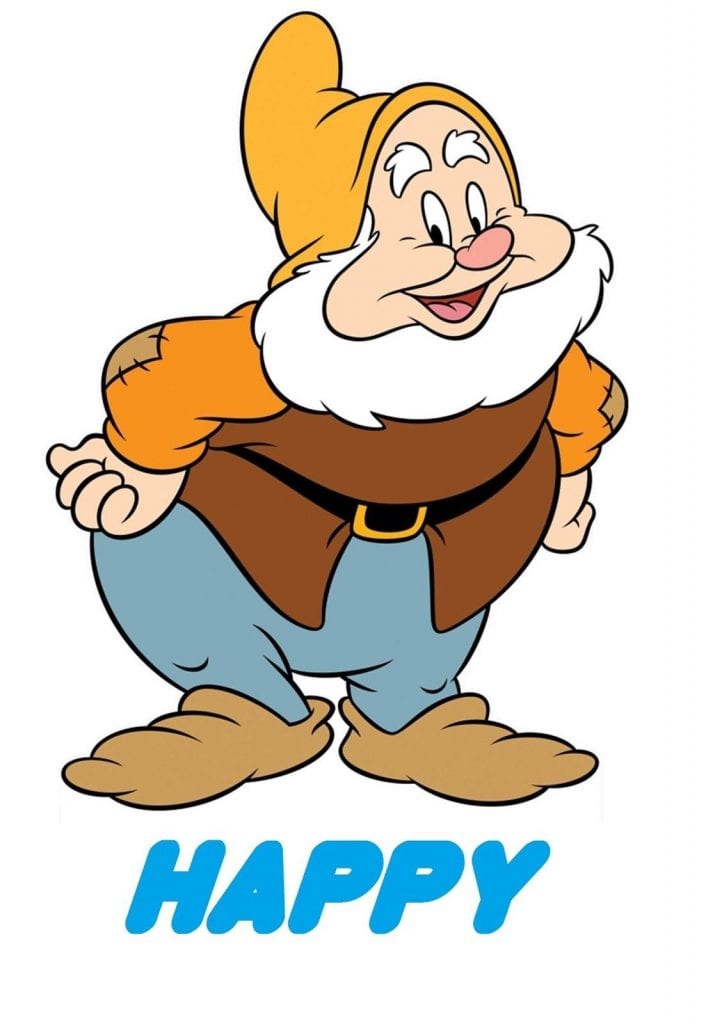 Happy has a great job and a super organized life — her Type A personality would demand nothing less. She’s the leader when it comes to organizing get togethers, potluck dinners, and happy hour outings. A frequent Facebook updater, Happy uses a lot of exclamation points in emails. When planning a big event, she is excited!!! Upon receiving her very first shot, Happy will release a loud, ear-piercing “Woo-Hoo,” which unfortunately will be the first of many. Happy will buy rounds of shots for everyone (usually Irish car bombs or So Cos and lime) because she has been anxiously awaiting the girls’ night out for ages and plans on making it count. Happy has a tendency to be a puker, which is her biggest drinking drawback. Everyone should be so lucky as to be a Happy.

The Sleepy in your group is the one that goes out the least. She has a job with epic hours (think lawyer or marketing executive), and while you’ve known her forever, you’re more likely to have a Bigfoot sighting than to catch a glimpse of her. So when she RSVP’s last with a “well, maybe, let me see how things are at work,” everyone is pleasantly surprised.  More than two drinks is a rarity for Sleepy. If you can get her to the club, she’ll nurse her Ketel One and tonic for at least an hour (or two), happily volunteering to watch the purses while the rest of the ladies dance. Not wanting to be a party pooper, around 11pm you’ll find Sleepy sitting upright on a couch with her eyes completely closed.  Is she napping? Is she resting? Is she wasted? You’re not sure. If you wake her, she’ll respond with a groggy, “I’m good. I’m good.” She wants to party with her girlfriends, but even Cinderella can stay out later than Sleepy. 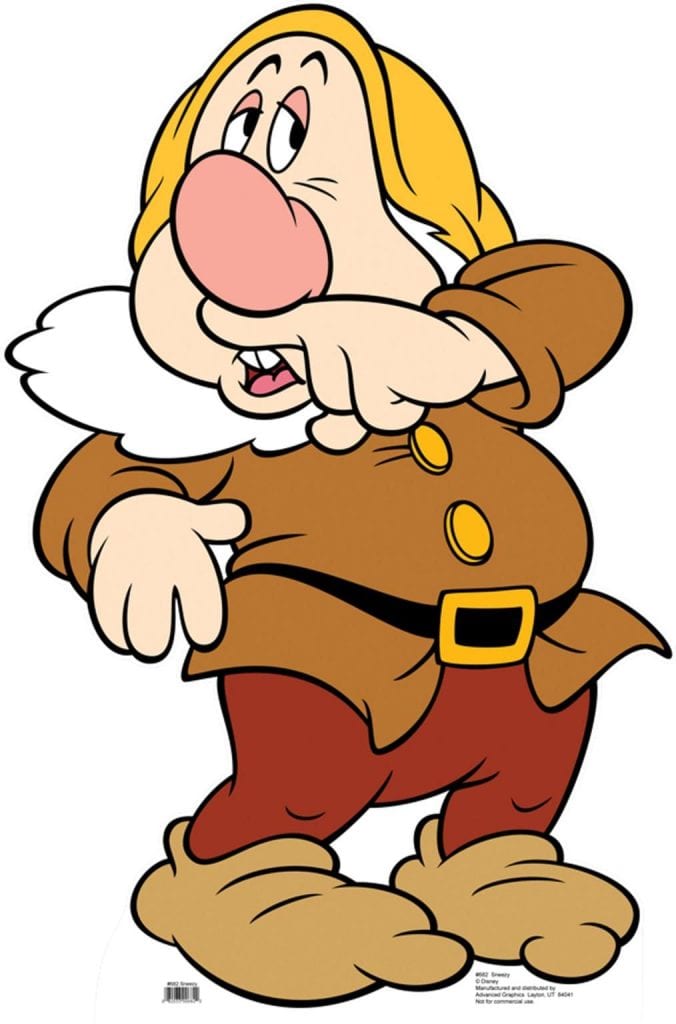 Sneezy always has, and always will, party like a rock star. She hasn’t changed a bit since age 21. Sneezy has a job that requires the absolute least amount of effort or commitment. She may be an administrative assistant to someone who lets her get away with murder. While never in a committed relationship, Sneezy’s cell phone is constantly blowing up with guys who are “just friends.” After three drinks, Sneezy is hilarious, fun, outrageous.  However, after five or six drinks, there is only one thing a true Sneezy wants. Drugs. She may have some coke handy, which explains her effortlessly skinny frame and manic behavior. Either way, she possesses drugs or the uncanny ability to find them. No matter what the circumstances, Sneezy will party harder and longer than anyone else will want to, and considers a Vegas girls’ weekend the perfect excuse to do so. 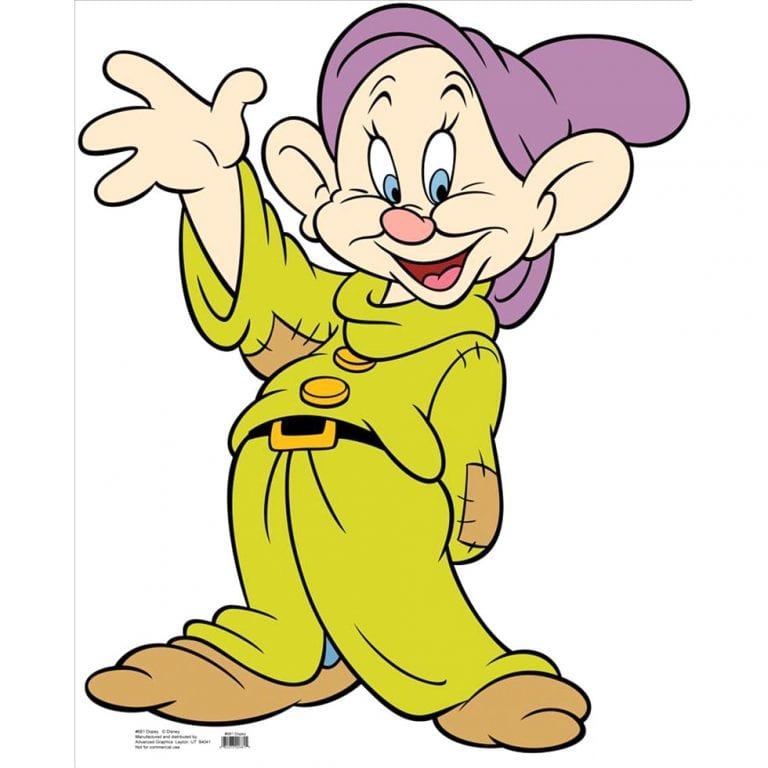 Dopey is the wild card. She is a ton of fun, but drives everyone mental. Dopey has had so many jobs, it’s hard to keep track. In the course of the evening, Dopey will lose her purse, her phone, her ID, a shoe and possibly her dignity. Unable to turn down a shot, she parties blissfully through the night unconcerned about her belongings while her friends just try to make sure she makes it home safely. Dopey rarely is without a drink in her hand.  Always a beer fan, she’ll happy shoot some Jager bombs to get the night started and then switch to whiskey if left unchecked. About five drinks in, you may find her having a long conversation with a creepy dude. Unfortunately, Dopey has a tendency to wander off. Best-case scenario, Dopey will end up on the dance floor. She can go all night, especially if there is a Lady Gaga/Britney mashup. Word of advice: Dopey needs to be looked after. 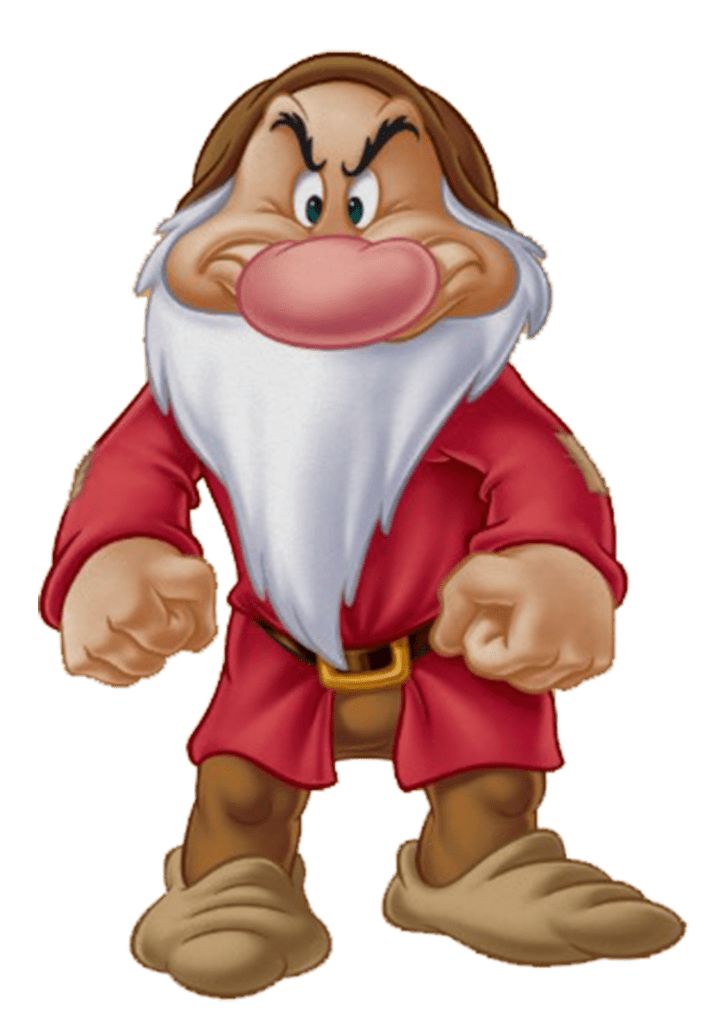 No one claims to be a Grumpy, but every group has one. No matter what is going on in her life, she is swamped and stressed, and you never know what will set her off. After two drinks, you may find Grumpy arguing with a bartender, or maybe her feet hurting and there’s nowhere for her to sit. Whatever it may be, at some point in the night, she’s going to get pissy and will not hesitate to let everyone know about it. Sometimes more alcohol solves this problem, but it’s a fine line because additional booze can turn a Grumpy even Grumpier. Fruity drinks are your best option for Grumpy.  No matter what, keep her away from Jager bombs or tequila. Bashful is the group’s secret weapon. She has a lovely boyfriend, is effortlessly attractive and tends to have an artistic career. Everyone would hate Bashful if she weren’t so damn sweet and cool. Bashfuls tend to be quiet and shy but totally cut  loose when everyone gets together. She’ll spend the first half of the evening drinking wine and then may move on to vodka later in the evening. Because she is demure, says little and is attractive, men think she’s amazing. And so do you. Why? Because Bashful is responsible for every free drink, VIP seat, and waived cover charge. Bashful is the glue holding the group together because she goes along with every decision and keeps things positive when Grumpy loses her shit or Dopey disappears. 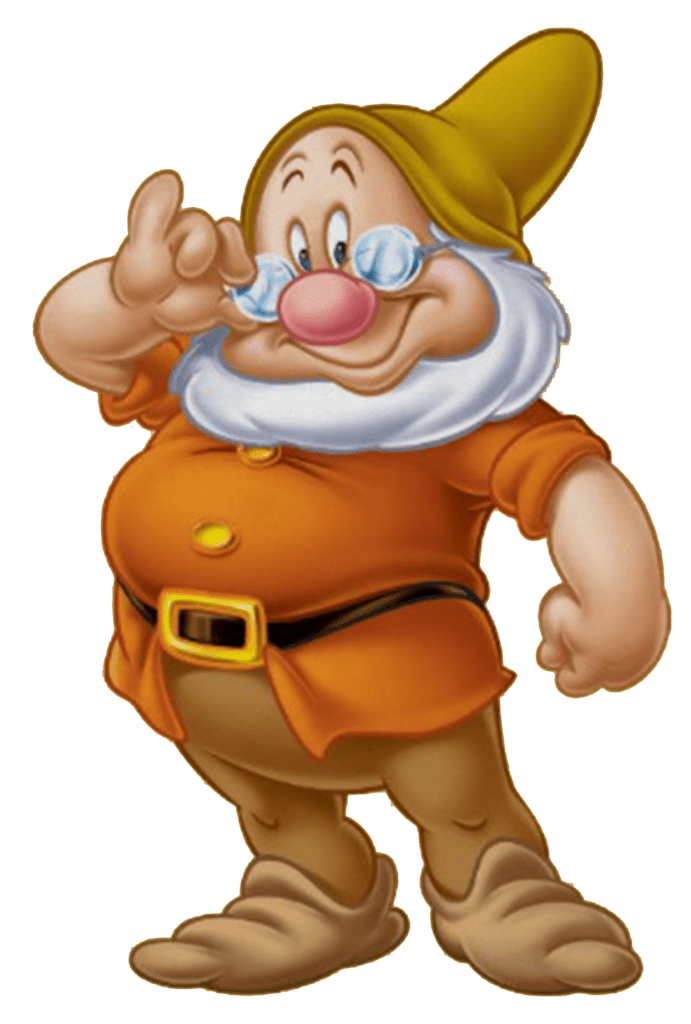 Every girl group must have a Doc. But poor Doc. All she wants to do is have a good time. She works really hard but is rarely acknowledged for it (possibly a doctor, teacher or nurse), which makes her an automatic caretaker. While Doc would kill for a stress-free, relaxing night out, she will spend most of the evening taking care of the other Dwarves. She makes sure Sleepy gets back to the room without the creeper she was chatting with, helps Dopey find her purse, holds Happy’s hair when she pukes and signs the credit card receipt when Grumpy is demanding to speak to a manager. Every group of girls needs their Doc if they want to make it through the night alive and well.

HBO Is Blessing Game Of Thrones Fans With A Recap Show

How to Get Through a Work Night Out...