Who are Mike Pence’s kids? Michael, Charlotte and Audrey

So, who are Mike Pence’s kids?

The governor of Indiana has three children — Michael, Charlotte, and Audrey — with his wife, Karen. Michael, the oldest Pence kid, graduated from basic training for the Marine Corps in 2015 after attending Purdue University. He was seen at the Republican National Convention alongside his parents and his fiancée, Sarah Whiteside. 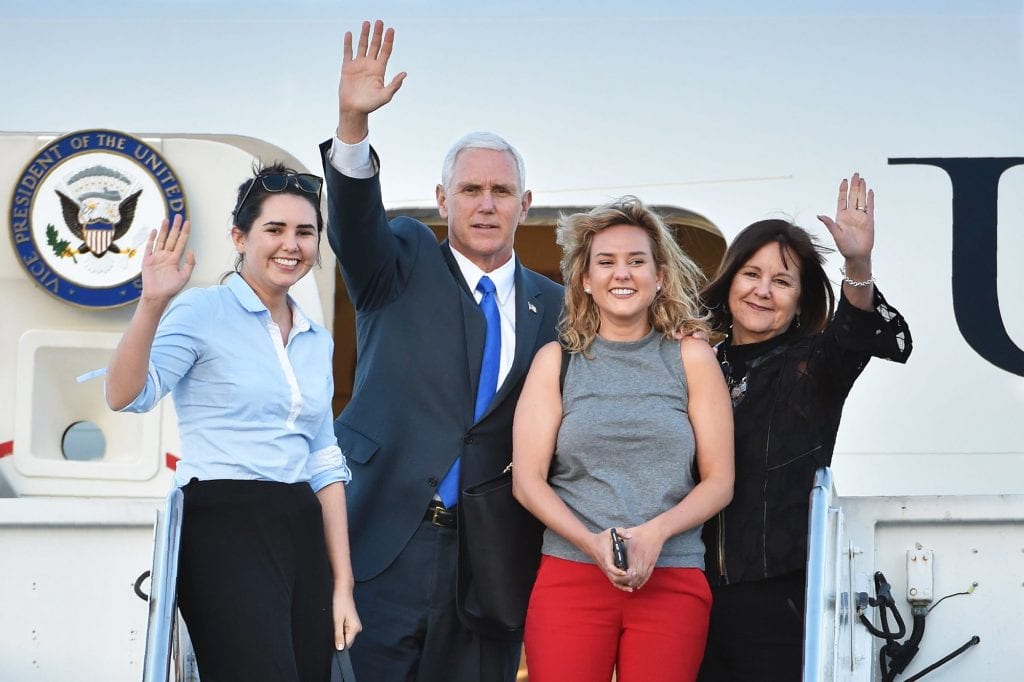 Mike’s middle child, Charlotte, was also at the convention in July. Despite much of the country thinking she’s a vampire after a photo of her and her parents a diner revealed she doesn’t have a reflection, the 23 year old is actually a filmmaker (though she could be both a vampire and a filmmaker, of course). She was one of the directors of For the Records, a documentary about mental illnesses, and was the associate producer and co-writer of Fleeced, a documentary about senior financial abuse (which you can watch the trailer for here).

Charlotte penned an op-ed for Glamour magazine published the day of the presidential debate titled “My Father Taught Me That Small Actions Matter.” She described how her dad always encouraged her to tell stories, gave her the nickname “Booh,” and taught her to use her passions to make positive change. “While my parents always encouraged me to pursue my dreams, they also taught me to use my passions to make a positive impact on the world around me,” she wrote. “I grew up watching them create positive change through their own careers—my father with his work in politics, my mother as a teacher.”

The youngest Pence kid, Audrey, was notably absent from the Republican National Convention. She’s currently studying journalism and international affairs at Northeastern University in Boston and told WTHR in 2013 she’s politically independent but socially liberal. “He tells me so many times, ‘I am proud of you for having your own opinions and looking into things,’” she told WTHR of her dad. She has always supported her dad in the past, but she could be less than thrilled he chose to run for VP alongside Trump.

Angelina Jolie to get full custody of 6 kids temporarily, while Brad Pitt has visitation